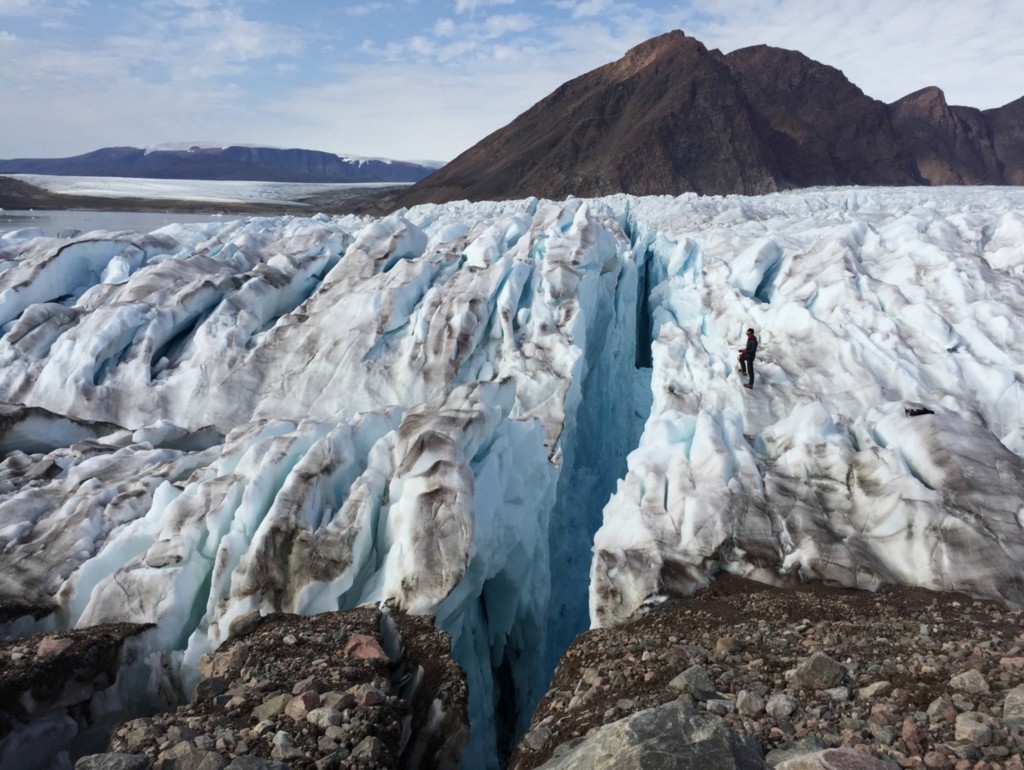 Photo 1: Newly opened exceptionally-large crevasse near the calving front of the Bowdoin Glacier (note that the boulders and sediment are part of the central moraine resting on ice and do not represent the margin of the glacier; photograph by E. A. Podolskiy, 15 July 2015). 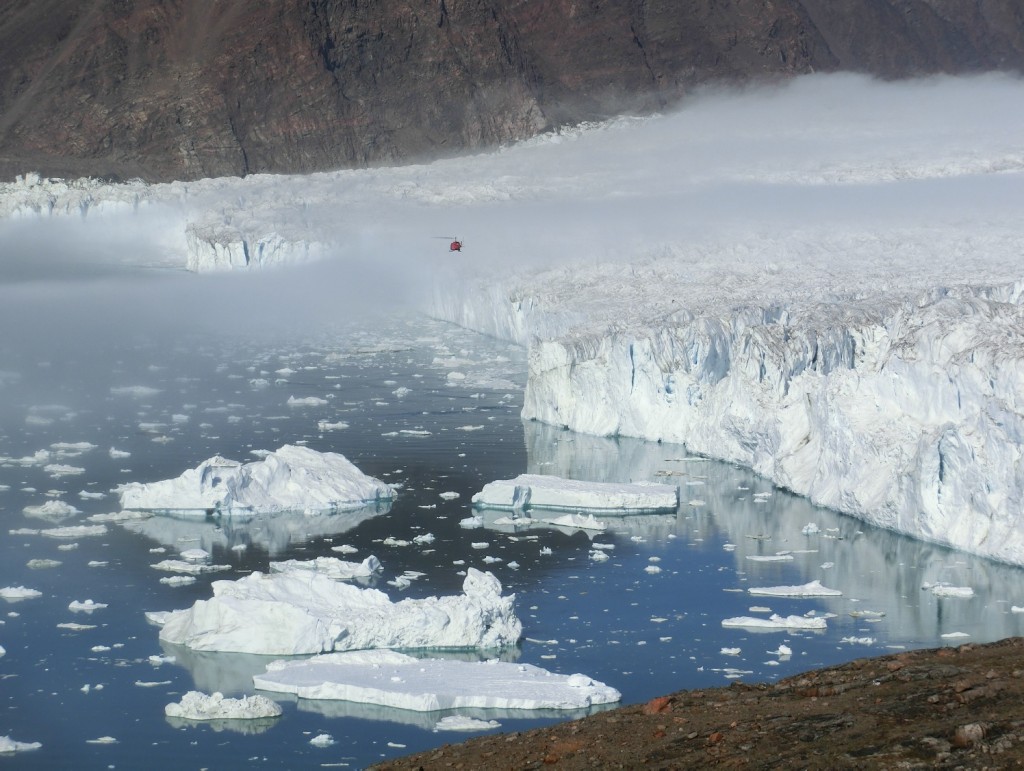 Photo 2: Calving front of the tidewater-influenced Bowdoin Glacier in northwest Greenland (note the people standing next to the ice cliff for scale; photograph by E. A. Podolskiy, 13 July 2015). 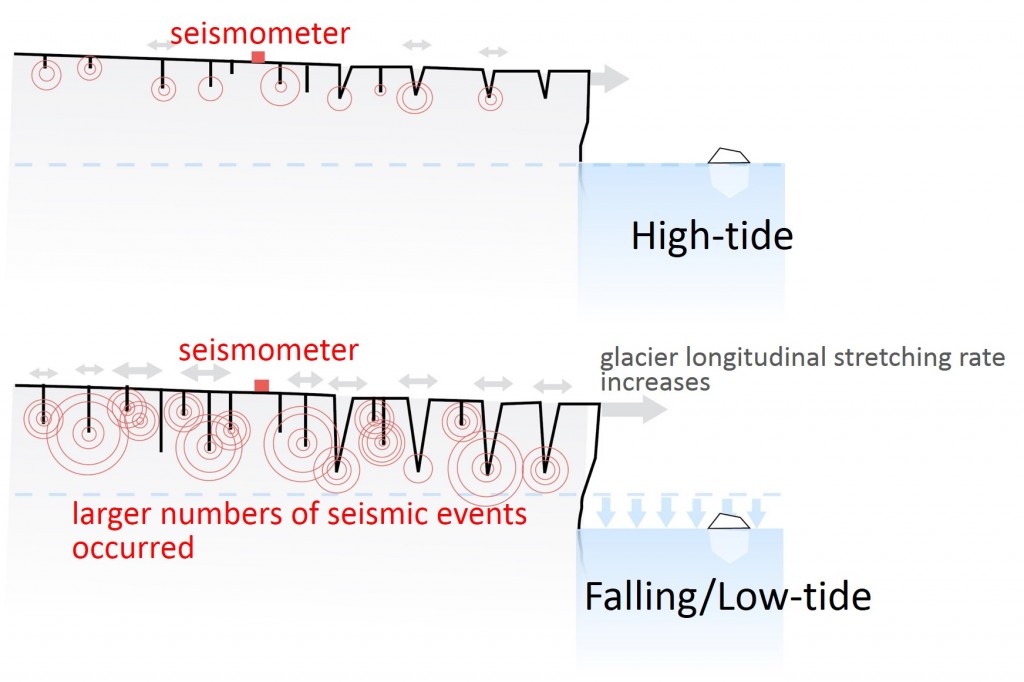 Figure 1: Cartoon showing the calving front of the Bowdoin Glacier. The images illustrate the reason for more intense ice fracturing at falling/low-tide (and thus for larger numbers of seismic events) when glacier longitudinal stretching rate increases. 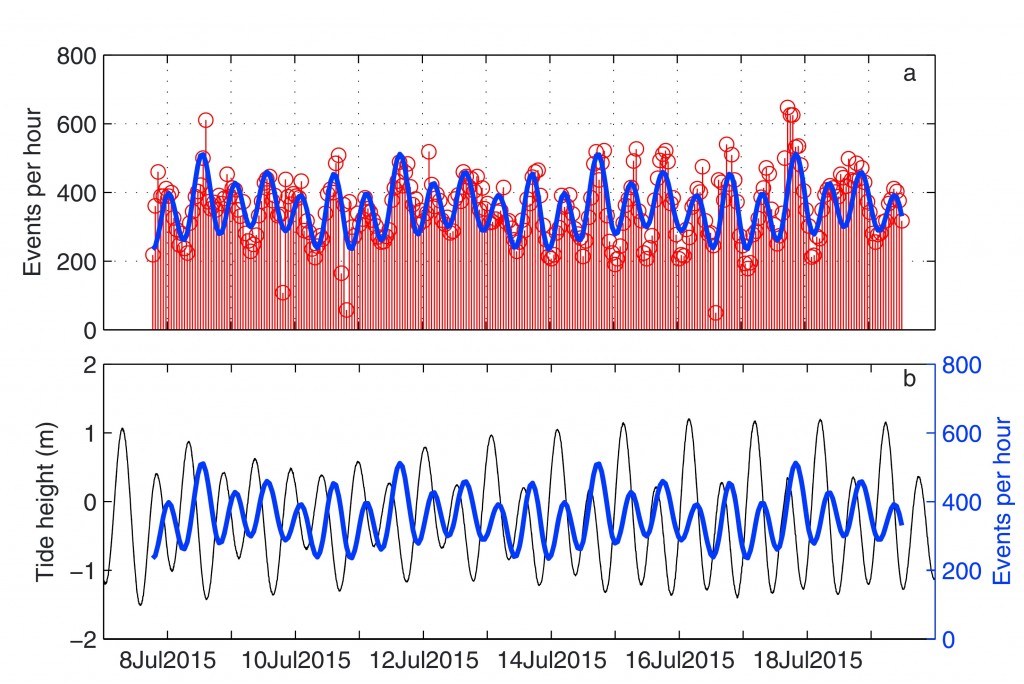