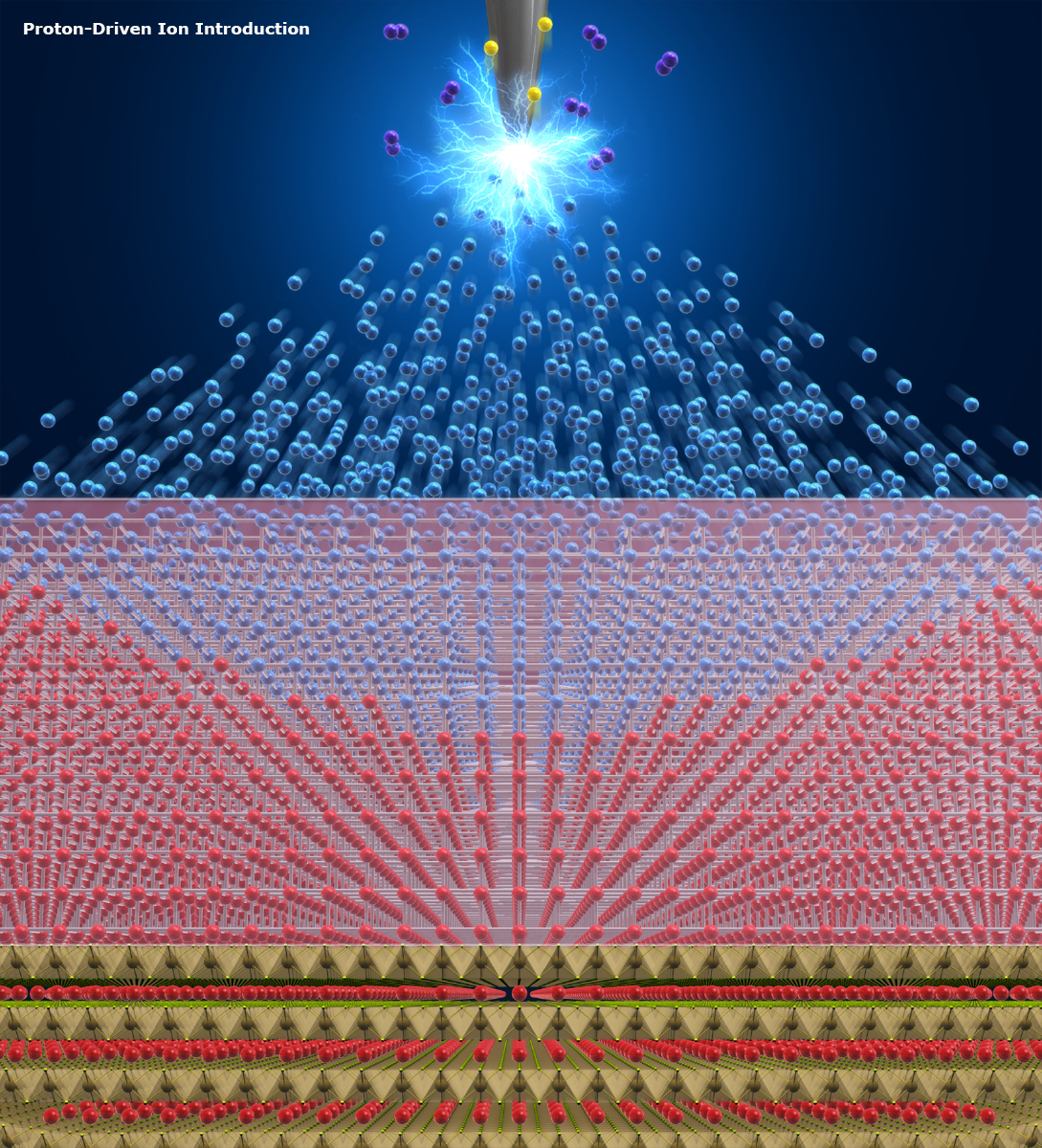 A schematic illustration of the newly developed Proton-Driven Ion Introduction (PDII) method. Protons generated by electric disassociation of hydrogen are shot into the supply source of the desired ions. The ions are then forced out of the source to be introduced into the host material. (Fujioka M. et al., Journal of the American Chemical Society, November 16, 2017)

The synthesis method is based on a liquid-free process that allows for intercalation – insertion of guest ions into a host material – and ion substitution with those in the host material by driving ions with protons. This study, led by Assistant Professor Masaya Fujioka and Professor Junji Nishii at the university’s Research Institute for Electric Science, was published in the Journal of American Chemical Society on November 16th.

Conventionally, intercalation and ion substitution have been conducted in an ion solution, but the process is regarded as cumbersome and problematic. In a liquid-based process, solvent molecules can be inserted into the host materials along with guest ions, degrading the crystal quality. It is also difficult to homogeneously introduce ions into host materials, and some host materials are not suitable when used with liquids. 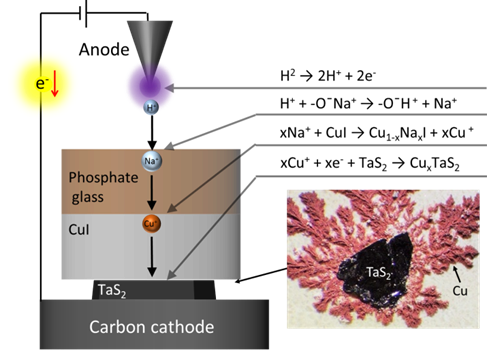 In the PDII method, a high voltage of several kilovolts is applied to a needle-shaped anode placed in atmospheric hydrogen to generate protons via the electrolytic disassociation of hydrogen. The protons migrate along the electric field and are shot into the supply source of the desired ions – similar to balls in billiards – and the ions are driven out of the source to keep it electrically neutral. Ions forced out of the source are introduced, or intercalated, into a nanometer-level gap in the host material. 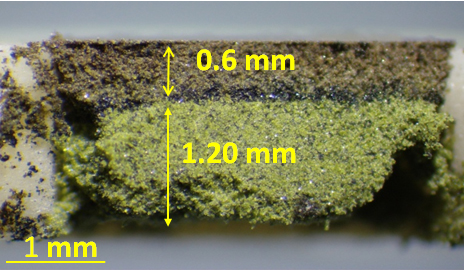 “At present, we have shown that hydrogen ions (H+), Li+, Na+, K+, Cu+ and Ag+ can be used to introduce ions in our method, and we expect a larger variety of ions will be usable. By combining them with various host materials, our method could enable the production of numerous new materials,” says Masaya Fujioka. “In particular, if a method to introduce negatively charged ions and multivalent ions is established, it will spur the development of new functional materials in the solid ion battery and electronics fields.”

This research has been partially supported by a Grant-in-Aid for Young Scientists and Grant-in-Aid for Challenging Exploratory Research from the Japan Society for the Promotion of Science (JSPS; 15K17711 and 86000149), Iketani Science and Technology Foundation, Nanotech Career-up Alliance (CUPAL), Environment and Materials and the Cooperative Research Program of the Network Joint Research Center for Materials and Devices from the Ministry of Education, Culture, Sports, Science and Technology (MEXT), and the Dynamic Alliance for Open Innovation Bridging Human from MEXT.