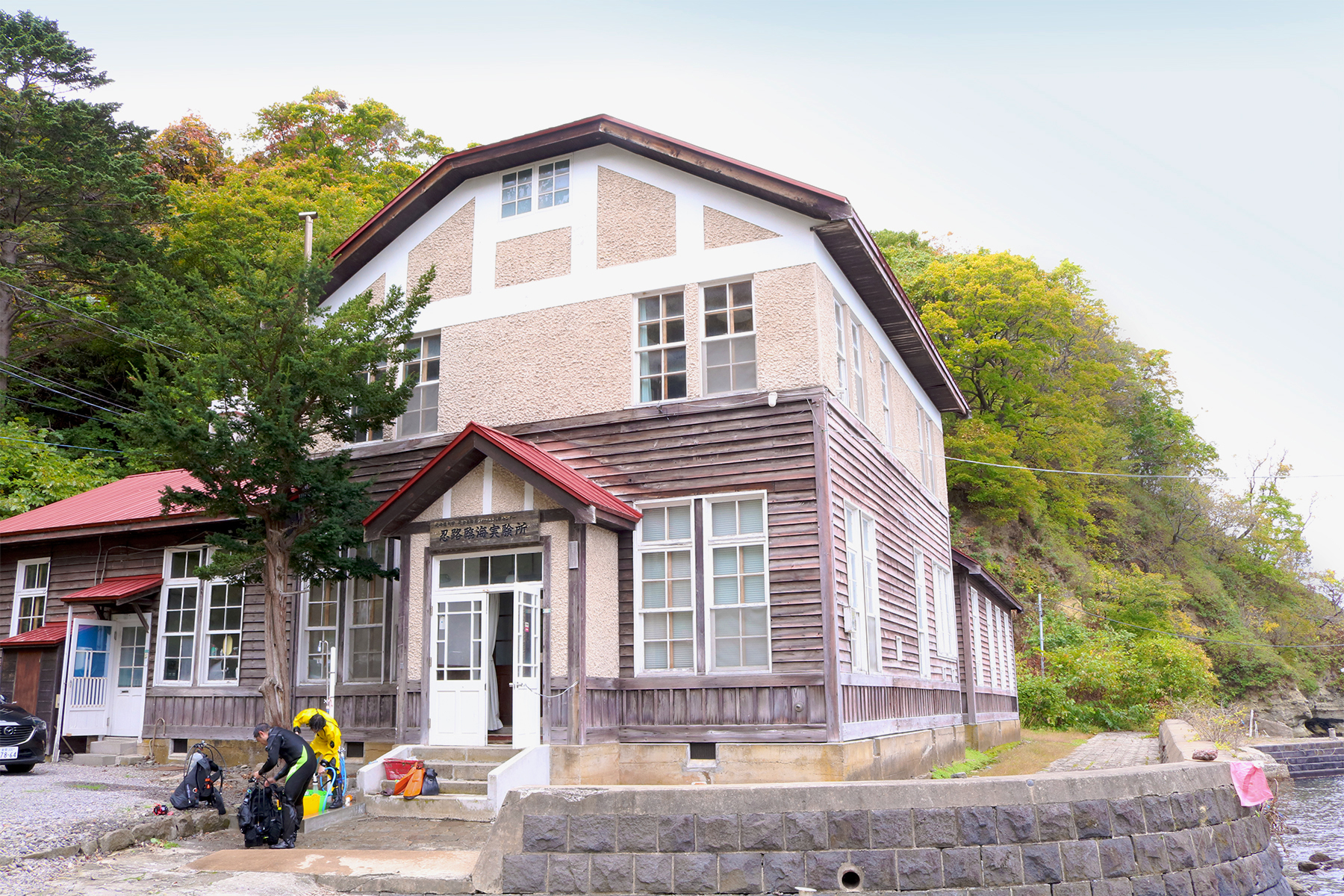 “Japanese cuisines are threatened,” says Associate Professor Norishige Yotsukura, referring to Kombu, a group of kelp, which is essential for making broth in both traditional and day-to-day Japanese cooking. The coastline of Hokkaido, Japan’s northern island, is known for producing high-quality Kombu that shares more than 95% of the domestic harvest and is consumed worldwide. “A great amount of Kombu has disappeared from the coastline in the past decades. Possible causes vary, but changes in the marine environment, such as changes in ocean current and water temperature, likely play a significant role.” He continued, “To protect Kombu and ensure its sustainable use, we first need to uncover its biological characteristics and adaptive capacity to the changing environment.” 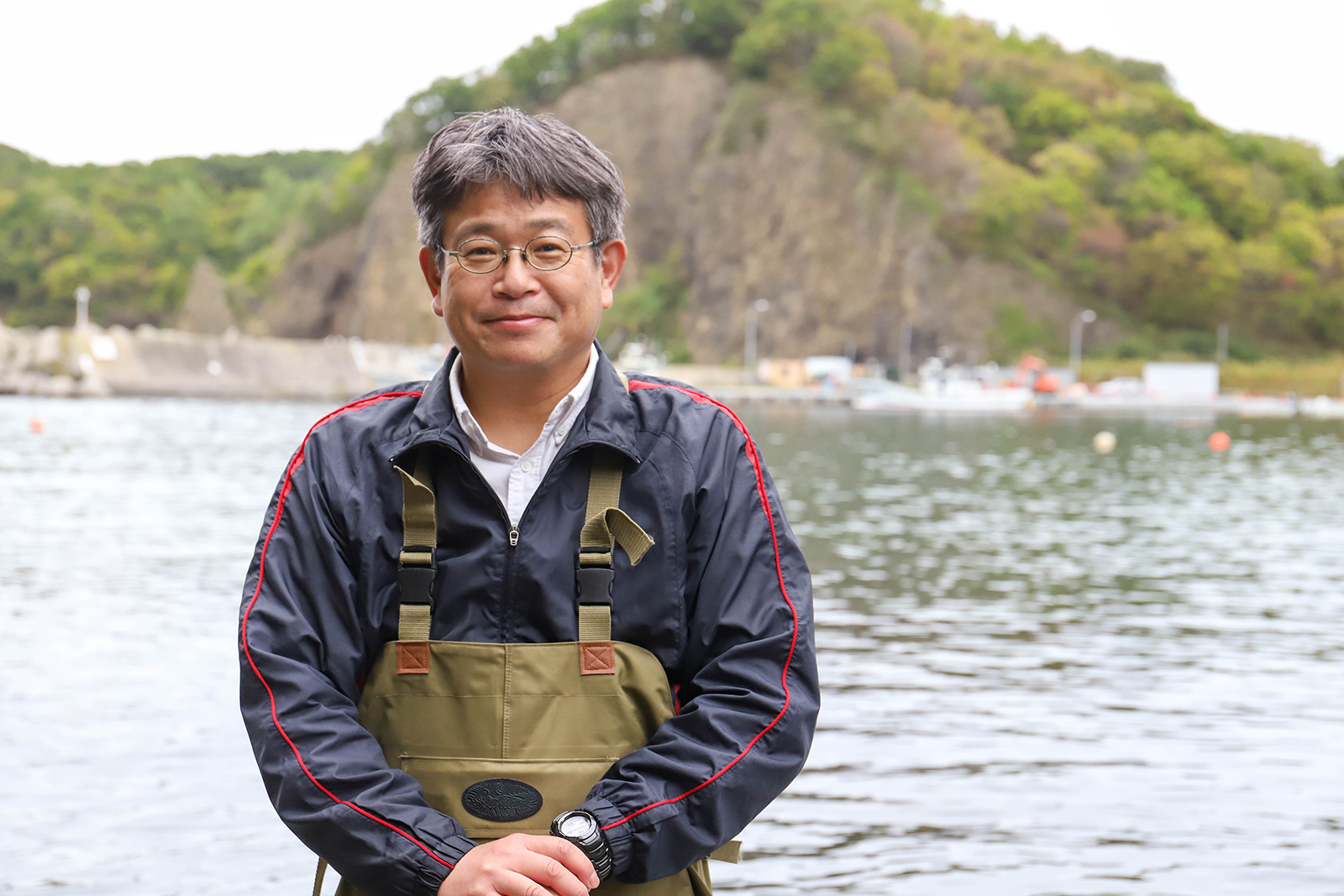 Yotsukura bases his field research at Hokkaido University’s Oshoro Marine Station, the second-oldest marine station in Japan. It was established as part of Tohoku Imperial University’s School of Fisheries — now part of Hokkaido University — in 1908 to serve its research and education needs. The Oshoro bay was also home to the university’s iconic research ship “Oshoro-Maru” when the ship was commissioned in 1909. Yotsukura, who has been the Director of the marine station since 2009, says, “As the facility is located in the Oshoro bay, the sea is calm throughout the year, even on days the outer ocean is rough. This makes it a good habitat for diverse marine organisms including invertebrates, fishes, and seaweeds, thus offering an ideal research environment.” The marine station is now integrated into the Field Science Center for Northern Biosphere (FSC), which manages the university’s marine stations, research forests, and experimental farms. 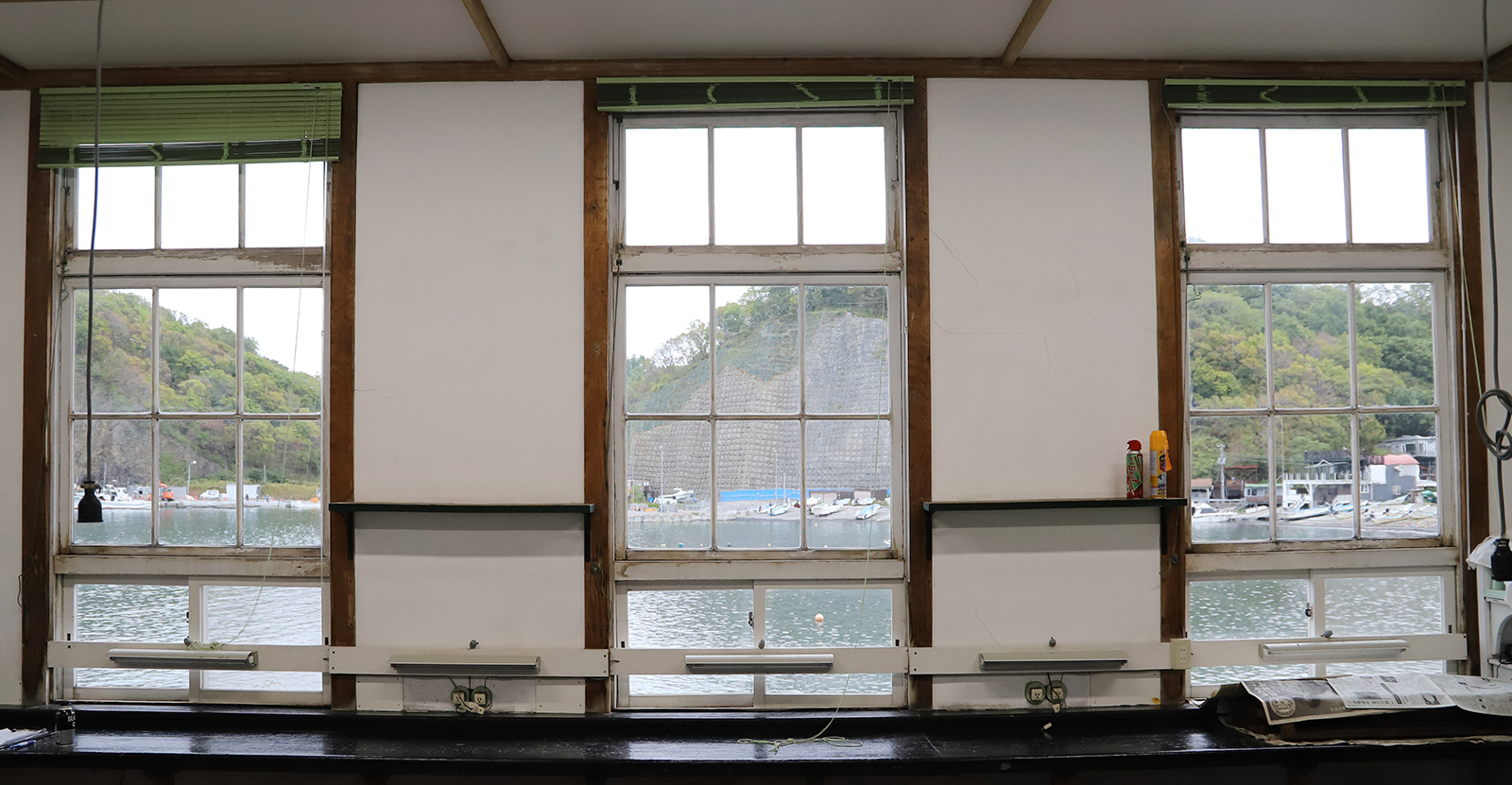 After receiving his Ph.D. from the School of Fisheries at Hokkaido University in 1997, Yotsukura took a position at the university’s Muroran Marine Station, where he conducted taxonomical research of Kombu through cutting-edge molecular phylogenetic analyses. After moving to Oshoro Marine Station and witnessing deteriorating Kombu habitats, he became interested in applying his research to Kombu conservation, especially breeding. “Looking at the naked, rocky surface of the seafloor with decreasing Kombu populations, and imagining the struggles the local fishermen would encounter, I thought, as a scientist, I could not let this go on.” 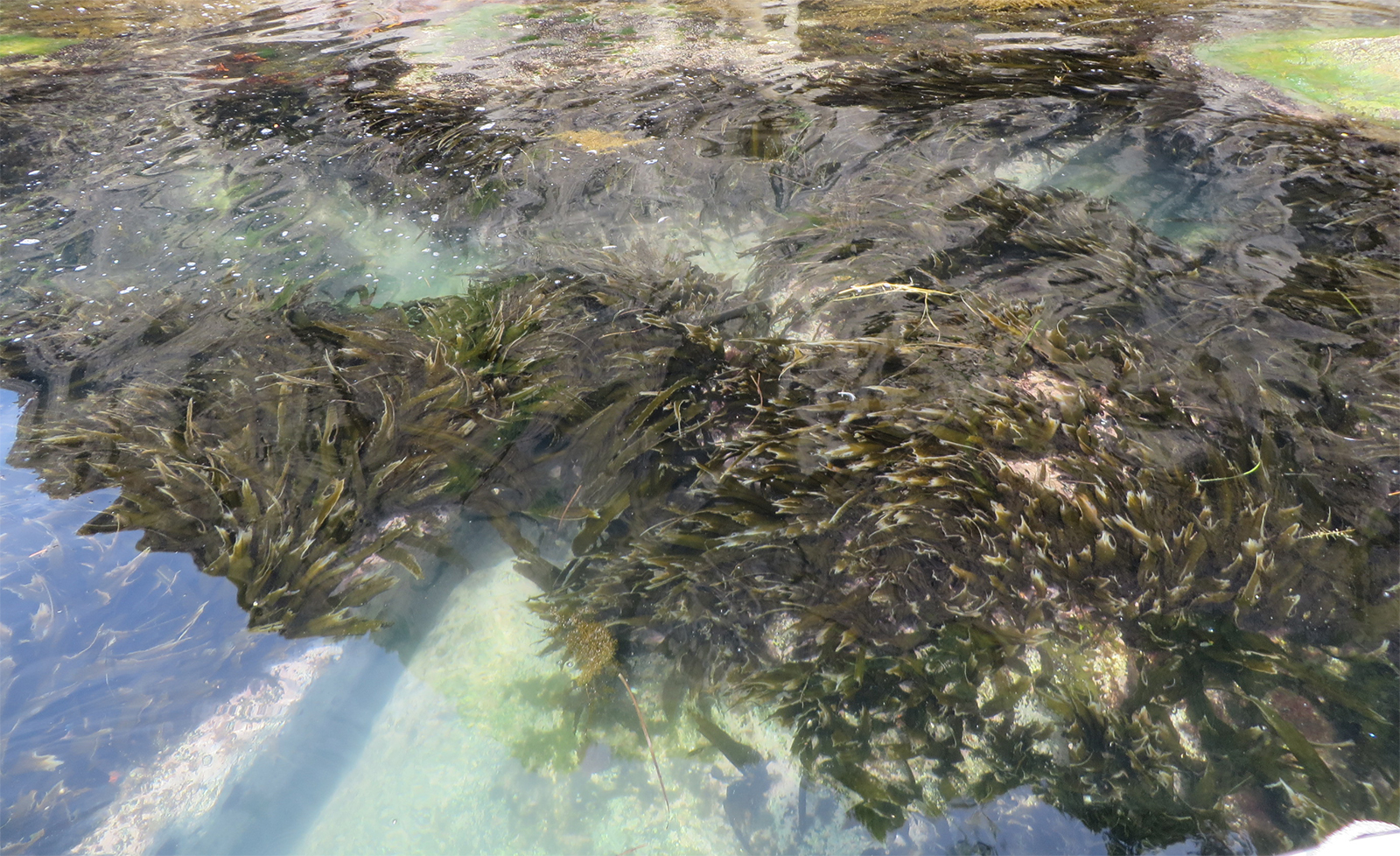 Yotsukura and his collaborators have traveled around Hokkaido, collecting almost all commercialized varieties of Kombu for taxonomical study and preservation. “The coastline of Hokkaido has the most diverse variety of Kombu in the world. We wanted to collect and preserve them before it’s too late.”

Kombu has a complex life cycle. They grow from spring to summer in the shape of leaves. In autumn, they form spores and release them into seawater. These spores migrate and adhere to rocks, and then grow into filamentous bodies that will later form eggs and sperms. After fertilization, they gradually develop into juvenile Kombu, regaining leaf-like shapes, during winter. “The microscopic filamentous bodies, called gametophytes, can be cultured and preserved in test tubes for a long period. Moreover, we can easily expand the culture and then let them mature to eggs and sperms by changing culture conditions, which is very advantageous for aquafarming Kombu,” explains Yotsukura. “Utilizing these cultures, we are carrying out experiments to develop Kombu variants that are resistant to environmental changes.” 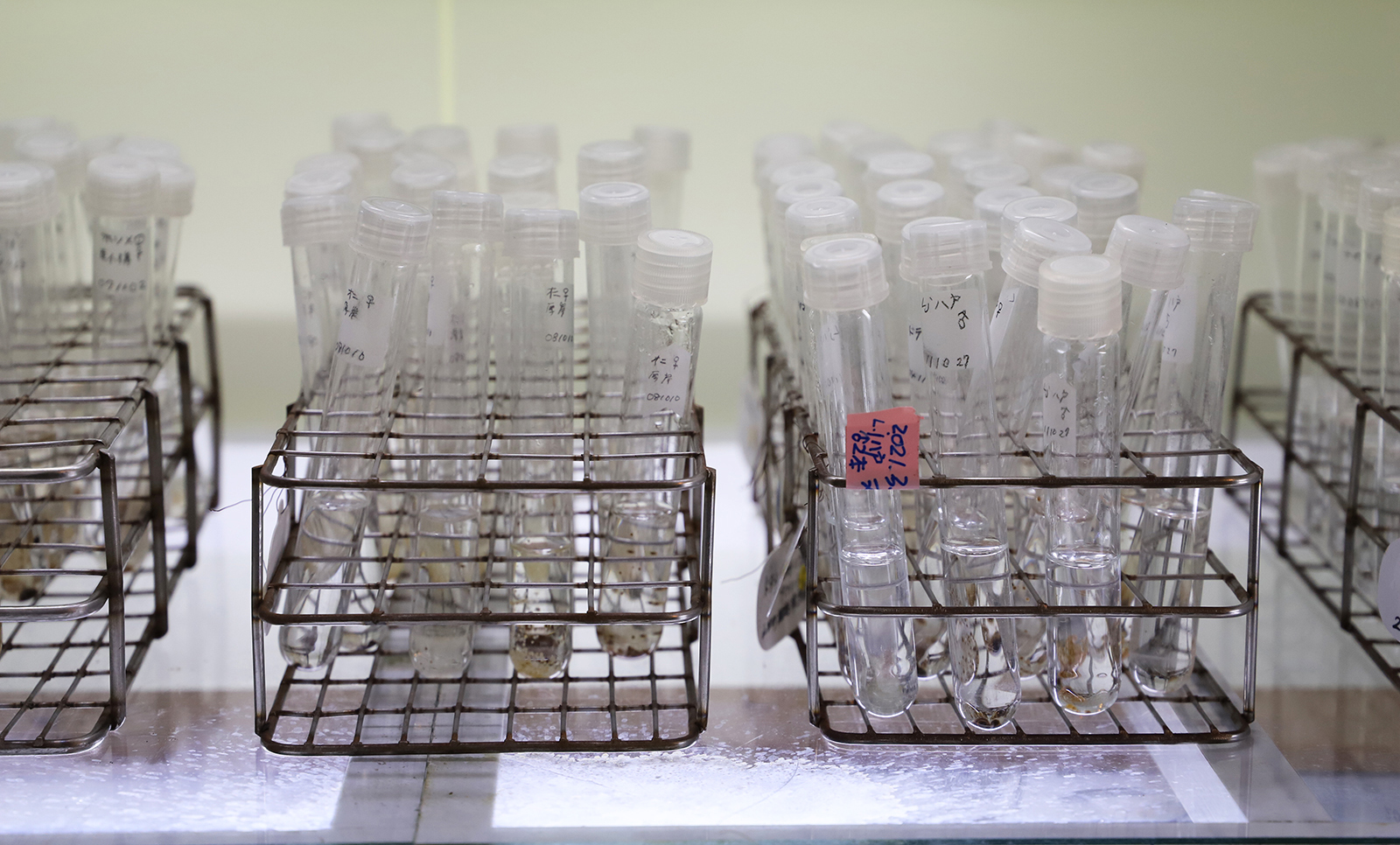 However, he knows that breeding alone won’t solve the problem. “Each local fishery has its long-protected brand of Kombu, so moving to a new variant will be a difficult decision. I first need to understand the people and build trust to support the local fisheries,” Yotsukura mentioned. As his research involves social aspects, he regularly opens the facility to hold events with the public and nurture mutual understanding.

The marine station is the busiest in summer, hosting various educational programs for the students of the university and beyond. “Oshoro Marine Station is one of Hokkaido University’s treasures. I would like as many people as possible to experience and appreciate its history,” said Yotsukura. “I will continue my basic and applied research into Kombu to contribute to both science and local society.” 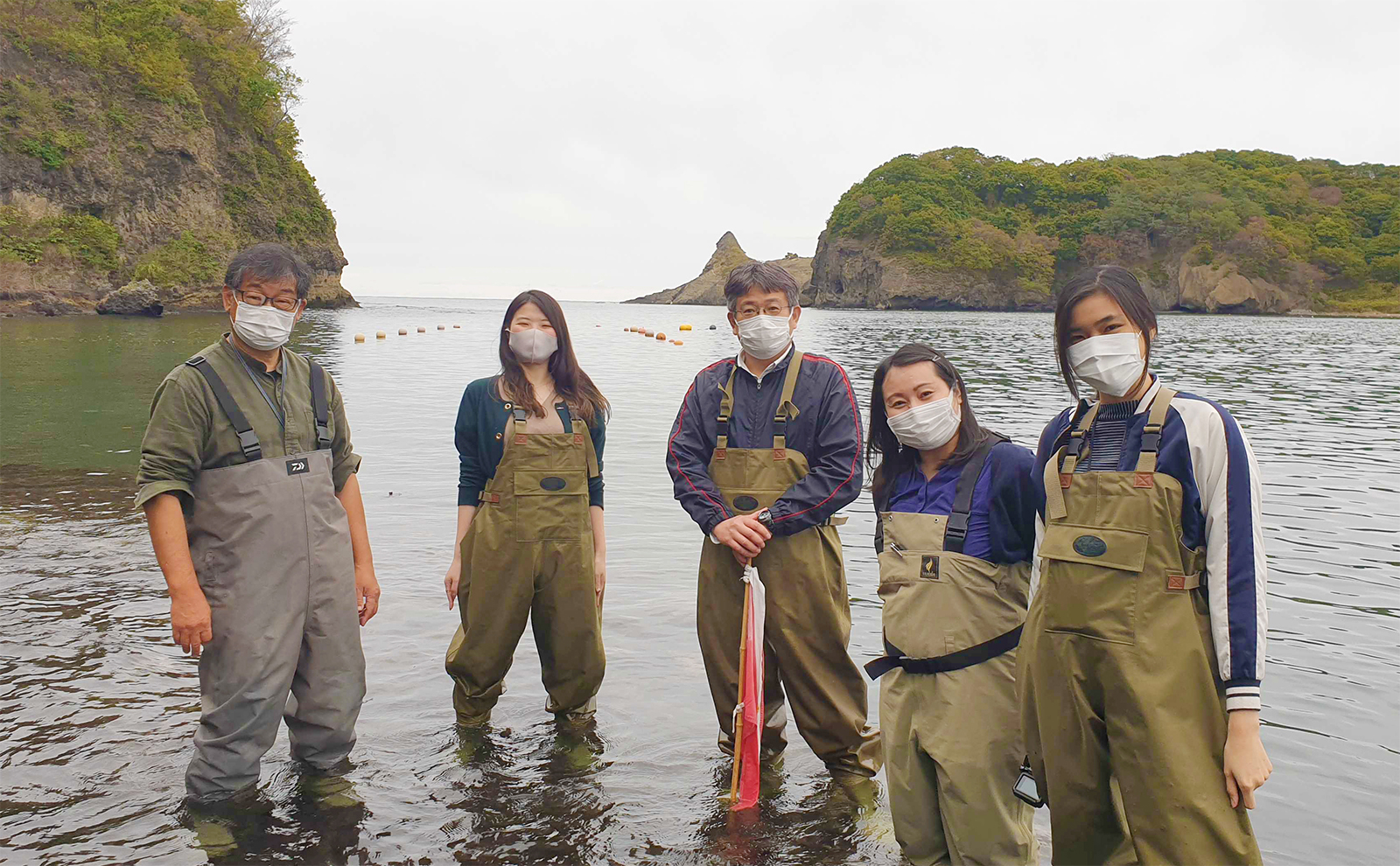 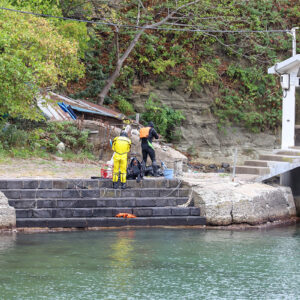 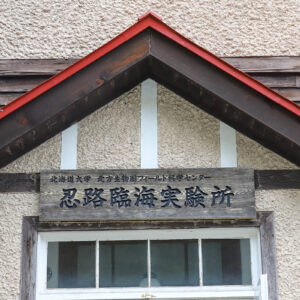 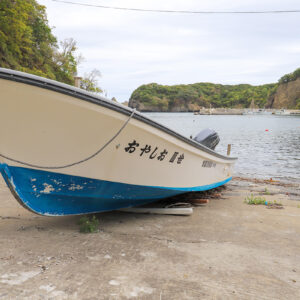 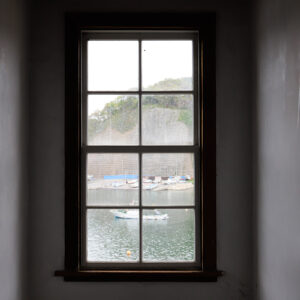 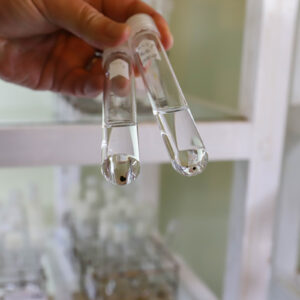 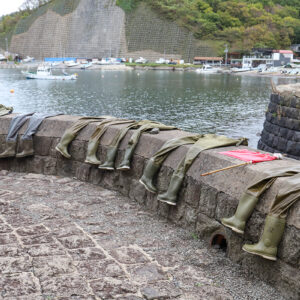 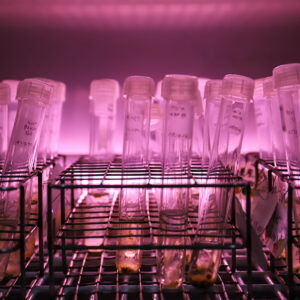 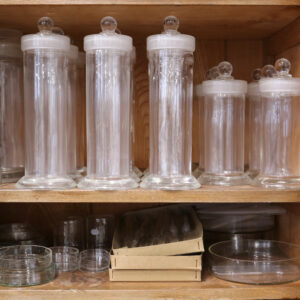 KOMBU Fish of the Month (School of Fisheries Science)