Researchers have developed a novel technique to investigate the dynamics of the early Solar System by analyzing magnetites in meteorites utilizing the wave nature of electrons. 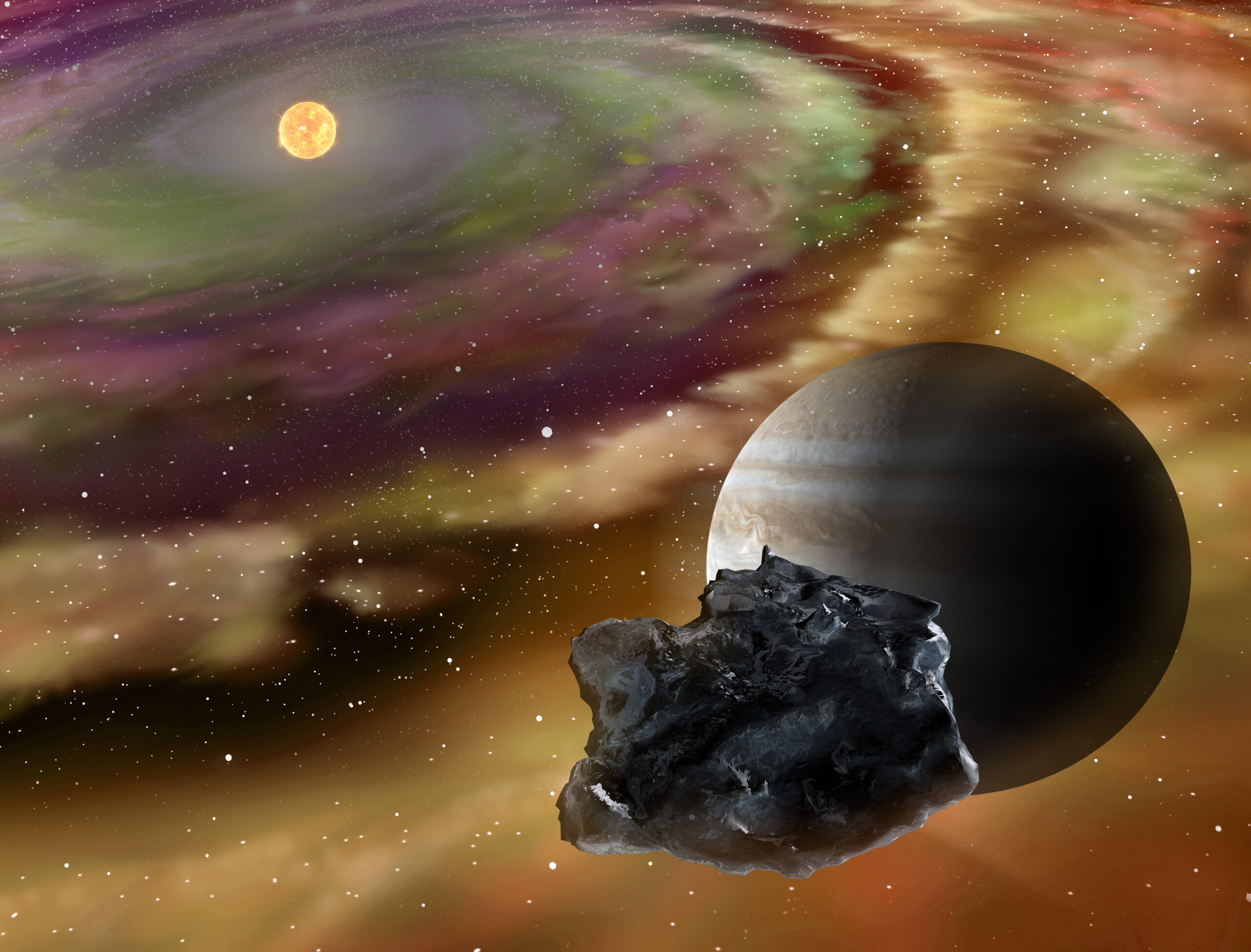 Jupiter and a comet formed in a cold outer region of the early solar system.(Illustration provided by Yuki Kimura).

Within meteorites, the magnetic fields associated with the particles that make up the object can act as a historical record. By analyzing such magnetic fields, scientists can deduce the probable events that affected the object and reconstruct a time-lapse of what events occurred on the meteorite and when.

“Primitive meteorites are time capsules of primordial materials formed at the beginning of our Solar System,” said Yuki Kimura, an associate professor at the Institute of Low Temperature Science at Hokkaido University in Japan who led the study. “To understand the physical and chemical history of the Solar System, it is crucial to analyze various types of meteorites with different origins.”

While there are many meteorites available for study here on Earth, most of them originated from the asteroid belt, between Mars and Jupiter. These samples are used to study what the early Solar System looked like. However, it becomes difficult to reconstruct events that happened farther out in the Solar System, well past the asteroid belt.

This is where the research team took great strides in understanding outer Solar System dynamics soon after the system formed. The paper, published in The Astrophysical Journal Letters, details a novel technique to study the remnant magnetization of particles in the Tagish Lake meteorite, believed to have been formed in the cold outer Solar System.

The new technique to analyze magnetic fields reveals events that occurred on the Tagish Lake meteorite. Electron microscope image (left), a magnetic flux distribution image (middle), and a color-wheel map image (right) of magnetite particles from the Tagish Lake meteorite. The red arrows and white arrows indicate the directions of the magnetization vectors and the direction of the magnetization, respectively. (Yuki Kimura, et al., The Astrophysical Journal Letters, August 11, 2021).

Using the technique, together with numerical simulation, the team showed that the parent body of the Tagish Lake meteorite was formed in the Kuiper Belt, a region in the outer Solar System, sometime around 3 million years after the first Solar System minerals formed. It then moved to the orbit of the asteroid belt as a result of the formation of Jupiter. The magnetite was formed when the parent body was heated to about 250°C by radiogenic heating and an energetic impact which is thought to have occurred during the body’s transit from the Kuiper belt to the Asteroid belt.

The new technique, called “nanometer-scale paleomagnetic electron holography,” involves using the wave nature of electrons to examine their interference patterns, known as a hologram, to extract high resolution information from the structure of the meteorites. This high-resolution technique adds another crucial tool to the toolbox of researchers working to understand the early dynamics of the entire Solar System.

Armed with their new technique, the team hopes to apply it to more samples, including samples from an asteroid still in orbit around the Sun, called Ryugu. Kimura detailed their ongoing research plan: “We are analyzing the samples that Hayabusa 2 brought back from the asteroid Ryugu. Our nanometer-scale paleomagnetic method will unveil a detailed history of the early Solar System.”

This study was supported by Grant-in-Aids for Challenging Exploratory Research and Scientific Research (S) from the Japan Society for the Promotion of Science (JSPS) KAKENHI (16K13909, 20H05657).