Scientists have discovered that the male “androgen” hormone is an important element in the ovarian development of female chicken embryos, more so than in the development of male testes. 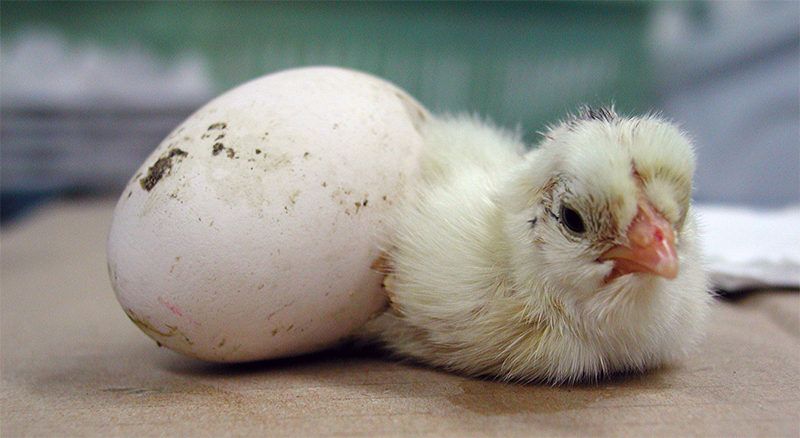 Androgen is a steroid hormone that controls and maintains male characteristics in a wide range of animals, including humans. In chickens, androgen helps develop cockscomb, wattle, skeletal muscles and reproductive organs as well as male behaviors such as courtship and singing patterns. However, the role of androgens during embryogenesis has not always been so clear.

Researchers Ryoma Tanaka, Hiroe Izumi and Asato Kuroiwa of Hokkaido University’s Faculty of Science conducted gene knockdown experiments to suppress the expression of the androgen receptor (AR), which is essential for androgens to function. After confirming that AR numbers were largely reduced in the knockdown embryos compared to control embryos, the researchers examined the morphological changes in the ovarian and testes tissues.

While the testes of male knockdown embryos developed normally, the gonads of female knockdown embryos exhibited disruptions in their ovarian structure. The number of cavities, or lacunae, in the gonads of female embryos decreased; such a condition could later stall the chicken’s ovulation cycle, reducing the number of eggs laid. There were also disruptions to the cortical cords where cells that eventually become eggs develop. 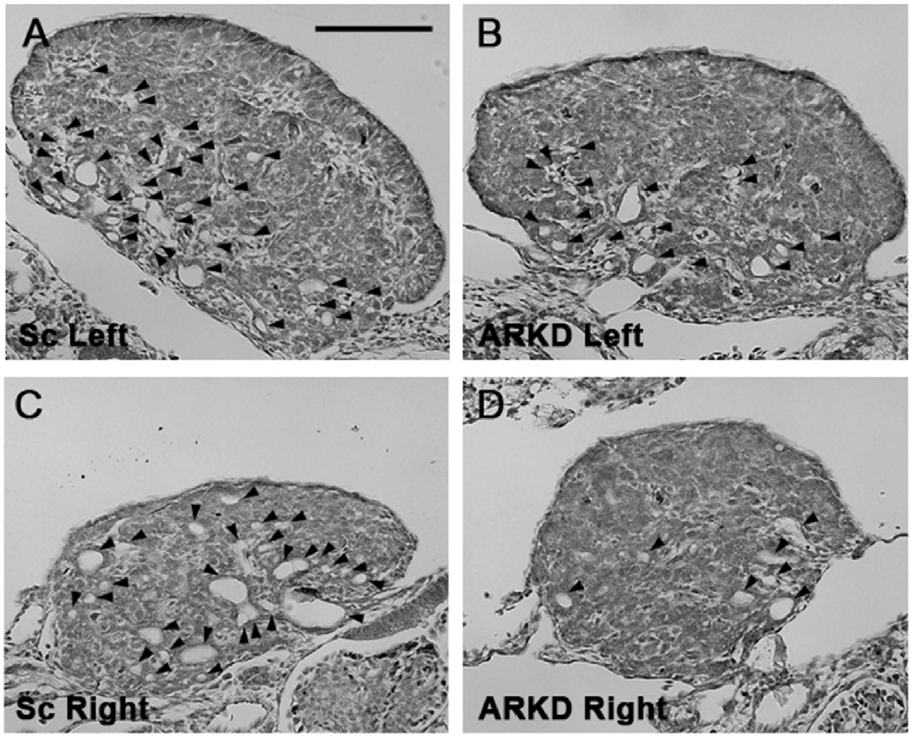 Left and right gonad tissues from the embryos 8.5 days after incubation. The number of cavities (lacunae, represented as arrowheads) is reduced in the AR knockdown embryos (B, D) compared to the control embryos (A, C). The scale bar is 100um. (Tanaka R. et al., Molecular and Cellular Endocrinology, January 19, 2017)

“Our results suggest that, during embryogenesis, androgens are more important for the development of the ovaries rather than the development of the testes,” says Asato Kuroiwa, “In this study, only embryos were examined. We hope to monitor the knockdown embryos until they grow into adult chickens and investigate their egg-laying rates to confirm our research results.”

Further studying the correlation between androgens and ovarian development is likely to benefit the egg industry, one that is providing one of the most widely consumed food items across the world.