Uncovered details of a molecular pathway in cancer cells could lead to improved treatment.

Targeting a pathway that controls the movement of mitochondria, the powerhouses of all cells, could reduce cancer invasiveness and resistance to radiotherapy.

A team of Hokkaido University scientists studied the molecules involved in mitochondrial movements within highly invasive breast cancer cells. They identified a pathway that ultimately leads to the dispersion of these energy-generating organelles towards the cells’ periphery, increasing cancer invasiveness.

When this pathway was blocked, mitochondria aggregated within the cell’s center, where they started overproducing and leaking reactive oxygen species (ROS)—unstable oxygen-containing molecules. ROS is known to enhance cancer invasiveness but in excessive amounts, it can lead to cancer cell death.

Mitochondria are known to relocate within the cellular cytoplasm when different types of cells move. For example, they gather at the tail end of white blood cells moving toward a foreign invader, and at the leading edge of invading cancer cells. An adhesion protein on the cell surface, called integrin, is also known to promote cancer invasiveness. The mechanisms lying behind these movements, however, are still not fully understood.

Some treatments, including ionizing radiation, increase the production of ROS within cancer cells, contributing to their anti-cancer effects. But some cancer cells develop a tolerance to ROS that allows them to handle more of them. The researchers wanted to investigate mitochondrial movements within cancer cells, and the relation between those movements, integrin, and ROS, all of which are involved in cancer invasion.

In the study published in Nature Communications, the team tagged a variety of molecules inside invasive breast cancer cells with fluorescent compounds to follow the mitochondrial movements and ROS production. They then blocked key molecules that are involved in invasiveness.

They found that a molecular pathway which facilitates the recycling of integrin within the cell, called Arf6-AMP1-PRKD2, also facilitates the localization of mitochondria. Integrin accumulation leads to the formation of an adhesion complex at the cell membrane, which ultimately induces trafficking of mitochondria to the cell periphery. Disrupting this pathway led to the aggregation of mitochondria near the cell centre, reducing cancer cell invasiveness. During the experiment, the team also directly modified the mitochondrial distribution, finding that mitochondrial aggregation by itself leads to the production of excessive ROS, resulting in cancer cell death.

According to the researchers, their findings indicate “a novel molecular link between cell movements and mitochondrial dynamics, which appears to be crucial for both the invasive activity and tolerance to reactive oxygen species of highly invasive cancers. The findings may also lead to novel strategies to improve the efficacy of reactive oxygen species-mediated cancer therapies, such as ionizing radiation.”

This study was conducted by Hisataka Sabe, Yasuhito Onodera, members of Hokkaido University’s Global Station for Quantum Medical Science and Engineering (GSQ) in the Global Institute for Collaborative Research and Education (GI-CoRE) led by Hiroki Shirato, and other colleagues. 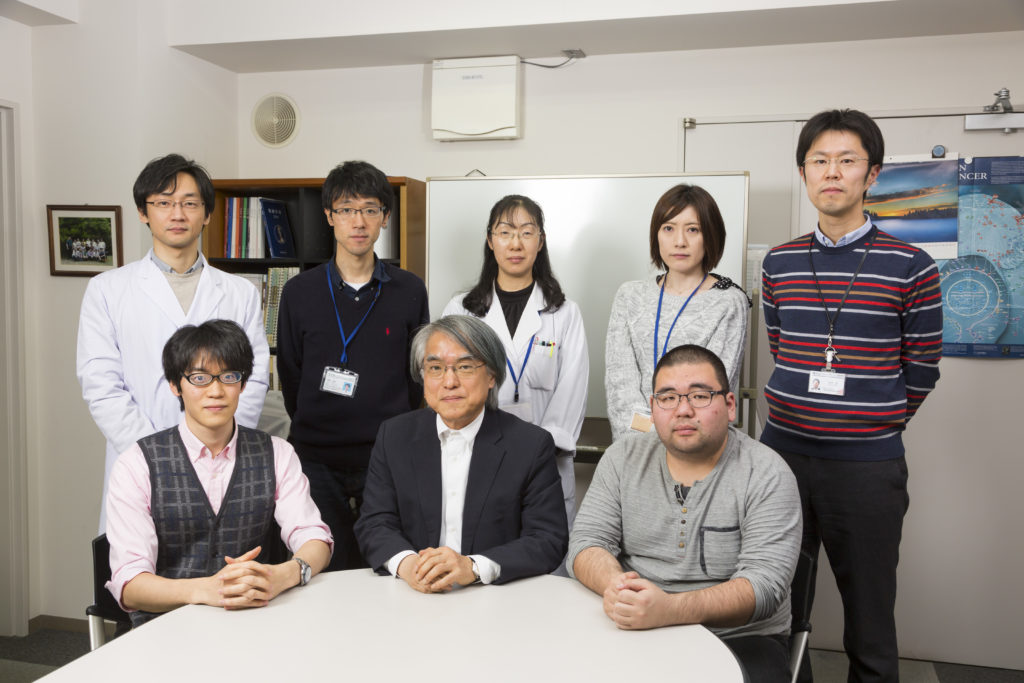 A team of researchers, including Hisataka Sabe (lower-middle) and Yasuhito Onodera (upper-left).

This work was supported by grants-in-aid from the Ministry of Education, Science, Sports and Culture of Japan (23112008 to H. Sabe, 15H05674 to Y.O.), a GSK Japan Research Grant to Y.O, and in part by the GI-CoRE in Hokkaido University.