Scientists have described the youngest therizinosaur fossil from Japan and the first in Asia to have been found in marine sediments.

Yoshitsugu Kobayashi and Anthony R. Fiorillo on the significance of the discovery of Paralitherizinosaurus japonicus.

Therizinosaurs were a large group of primarily herbivorous theropod dinosaurs (dinosaurs with hollow bones and three-toed limbs). Therizinosaurs were first discovered in Asia; the fossil records in Asian countries such as China and Mongolia are rich in therizinosaurus fossils, and fossil fragments have also been reported from Japan.

Scientists from Japan and the USA, led by Professor Yoshitsugu Kobayashi at the Hokkaido University Museum and Anthony R. Fiorillo at Southern Methodist University (SMU), have described a new species of therizinosaurid from Japan, and provide new insights into the function of therizinosaur claws. The findings were published in the journal Scientific Reports. 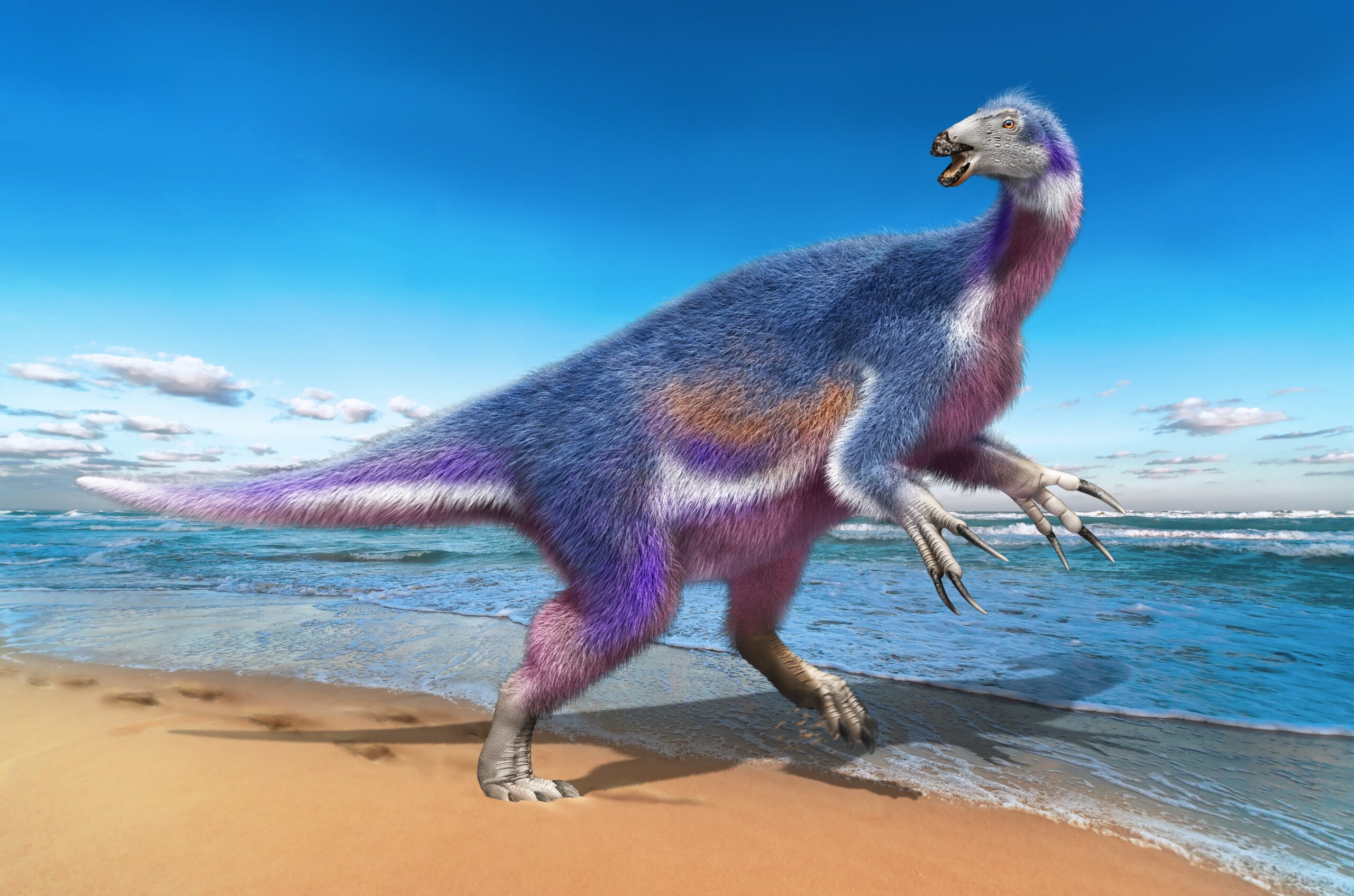 Co-authors of the study include Ryuji Takasaki of Okayama University of Science, Tsogtbaatar Chinzorig of North Carolina State University and Mongolian Academy of Sciences, and Yoshinori Hikida of Nakagawa Museum of Natural History.

The fossil described in this work consists of a partial vertebra and a partial wrist and forefoot, originally collected in 2008 from the Osoushinai Formation, a fossil-rich geological feature in Nakagawa, Hokkaido. At the time, it was described as belonging to a manitoraptan dinosaur, and was believed to belong to a therizinosaur. However, the lack of comparative data at the time made confirmation impraticable. 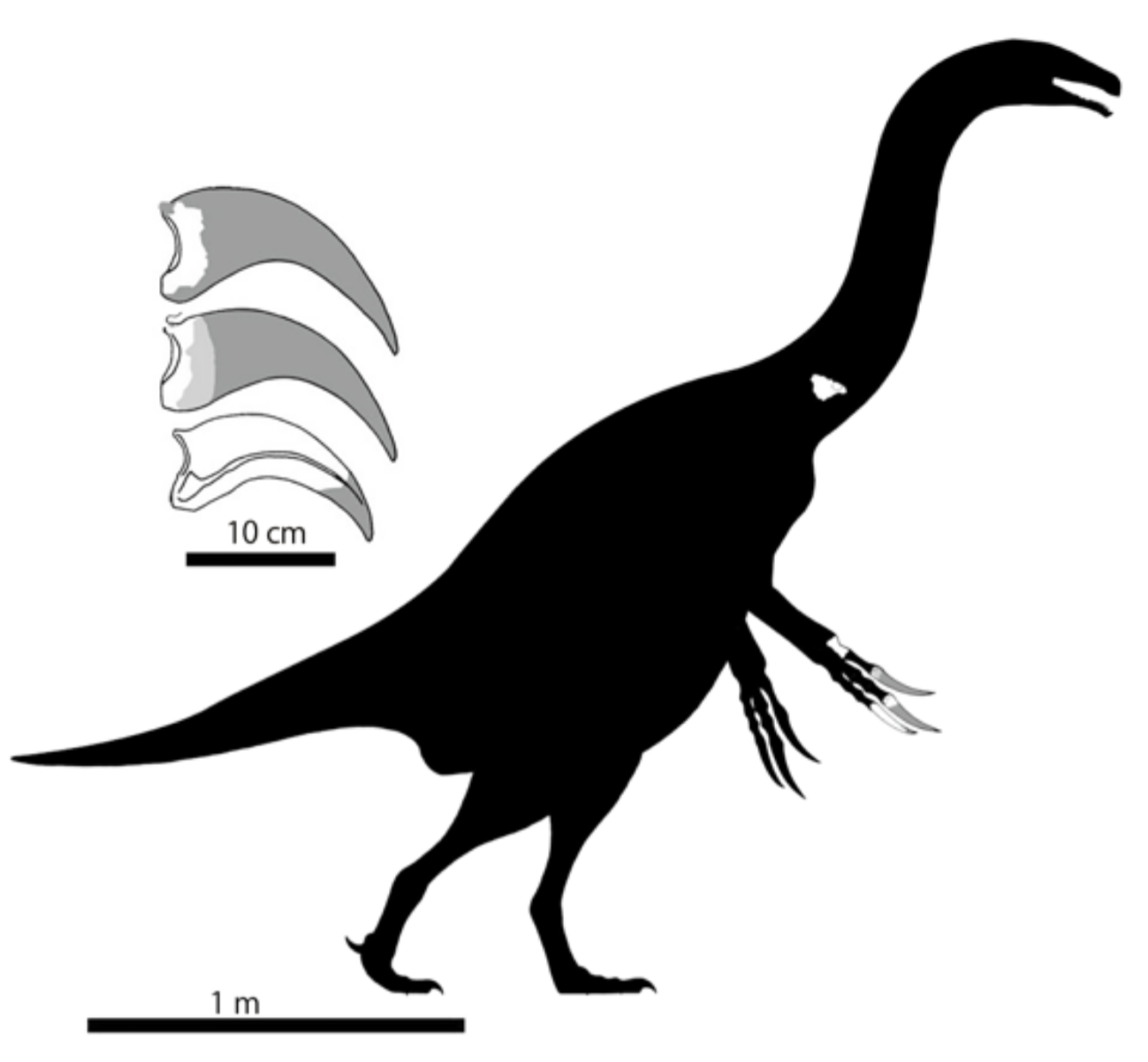 Claws and life reconstruction of Paralitherizinosaurus japonicus. The white regions on the silhouette indicate recovered fossils: a partial vertebra and a partial left forefoot; grey indicates the reconstructed areas of the claws. (Ilustration: Genya Masukawa). 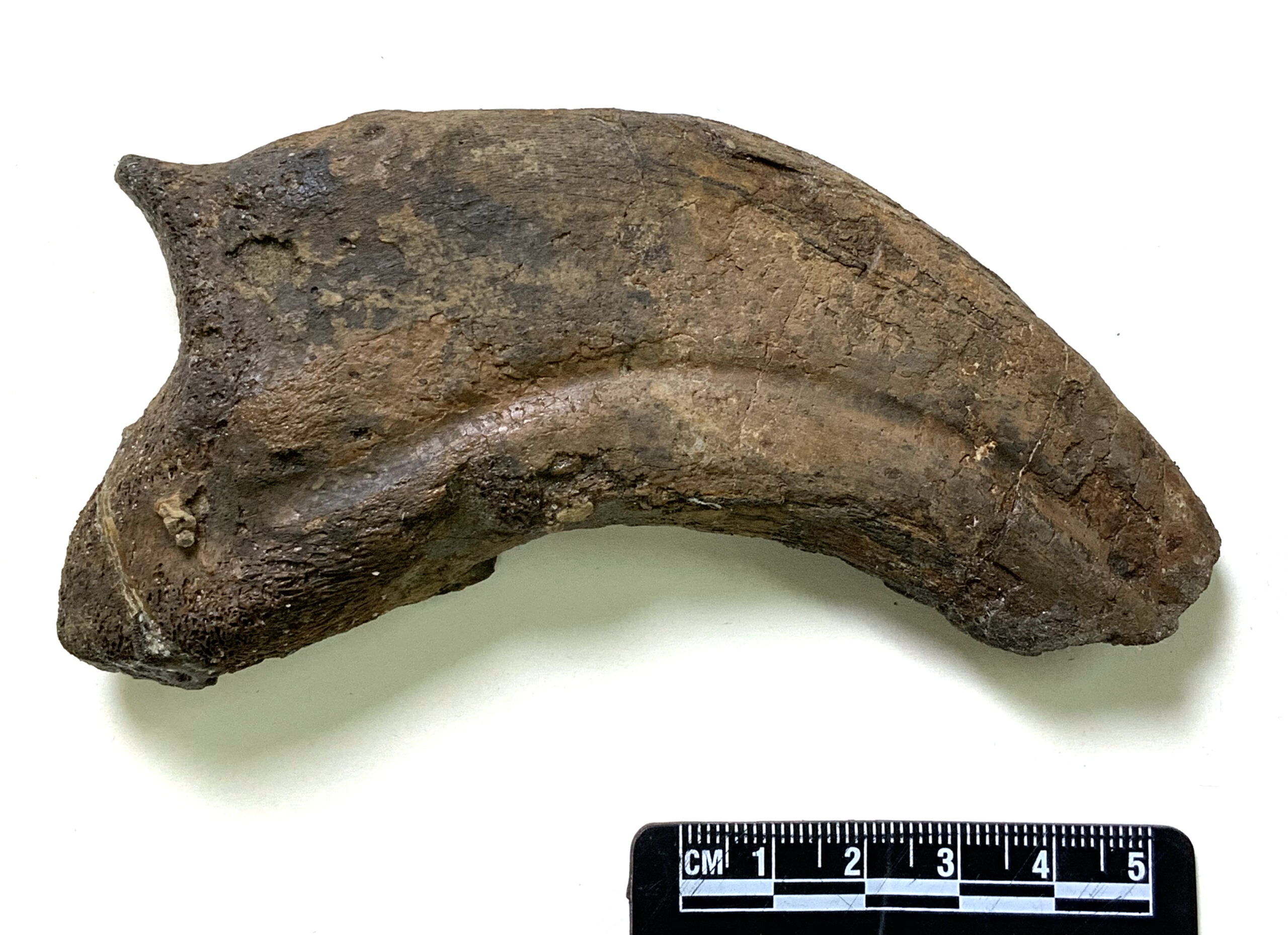 One of the three fossilized claws of Paralitherizinosaurus japonicus in the current study (Photo: Yoshitusgu Kobayashi).

Paralitherizinosaurus japonicus is the youngest occurrence of therizinosaur remains in Japan. Its discovery indicates that therizinosaurs in Asia existed over a much longer timescale, and a much larger geographical area, than previously known. It is also the first therizinosaur record from marine sediments in Asia. Along with a fossil from Utah, USA, this suggests that some of the derived therizinosaurs were adapted to coastal environments.

“This study also tells us how much more we still have to learn about the incredible history of life on Earth,” said Fiorillo, a research professor in SMU’s Roy M. Huffington Department of Earth Sciences; a senior research fellow at SMU’s ISEM; and curator emeritus of the Perot Museum of Nature and Science. 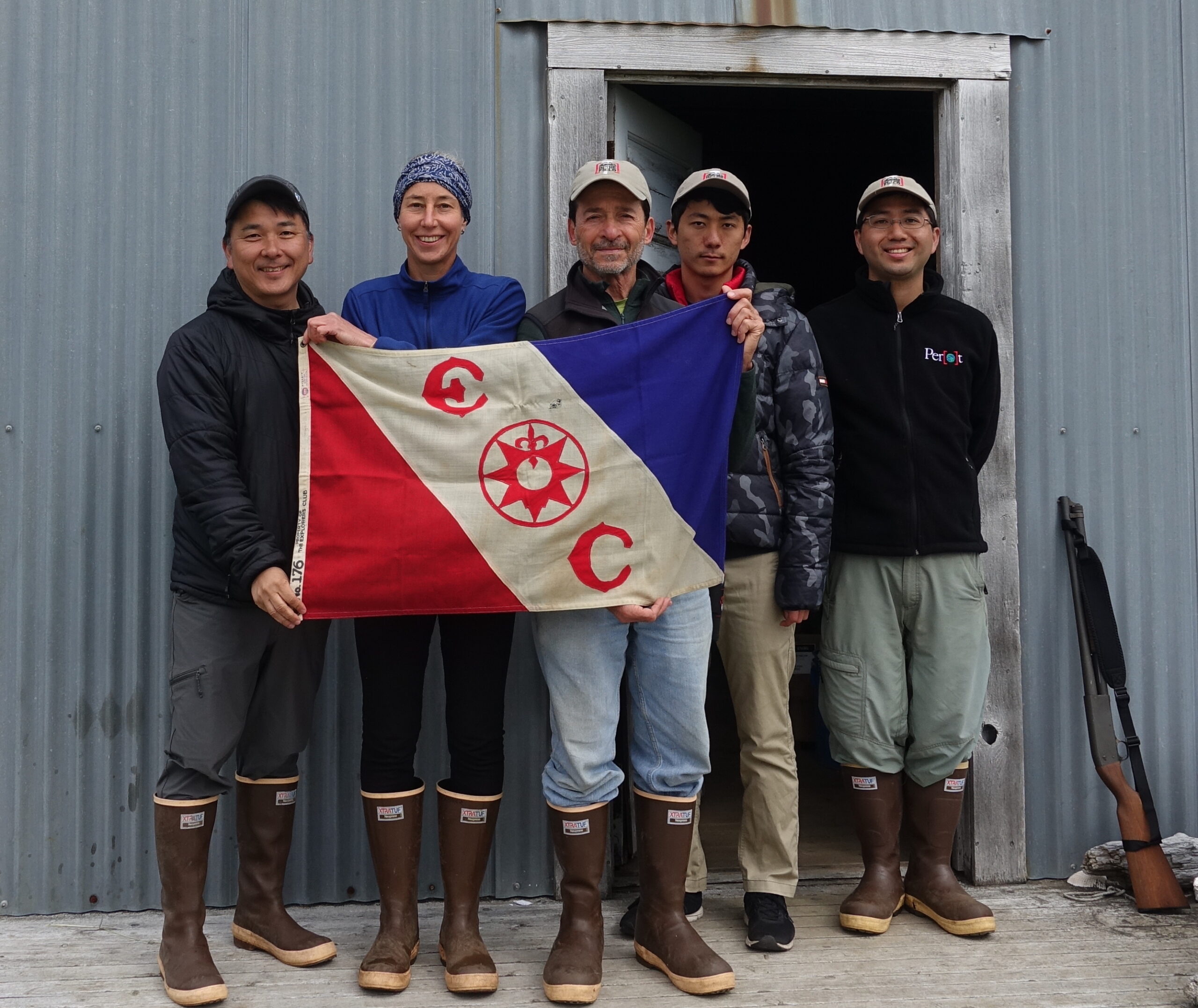 Unraveling the mysteries of Nipponosaurus