An international consortium of researchers under the aegis of CMIP6 has calculated new estimates for the melting of Earth’s ice sheets due to greenhouse gas emissions and its impact on sea levels, showing that the ice sheets could together contribute more than 40 cm by the end of 2100. 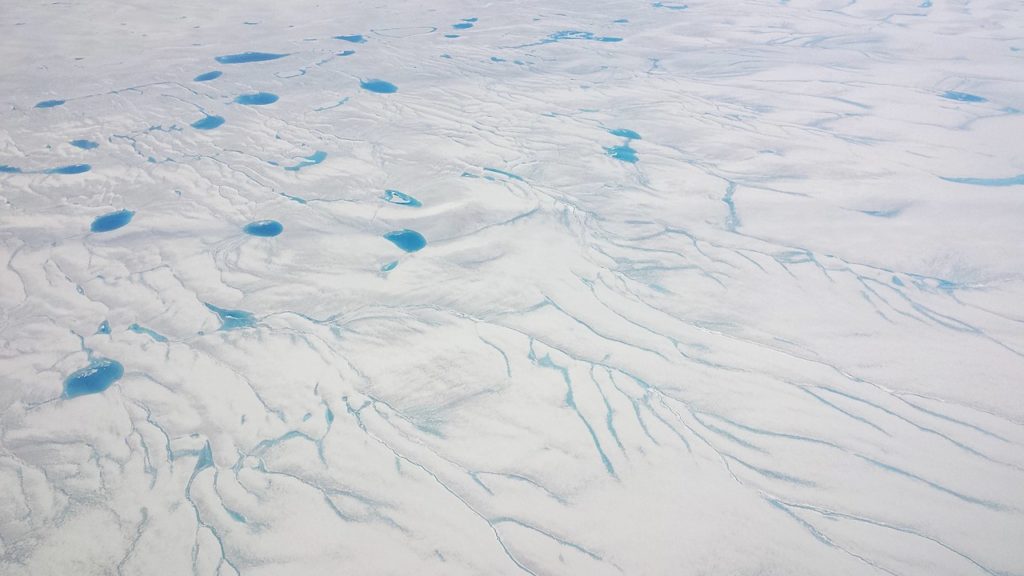 Flying over the vast ice sheet of Greenland, on board an Iceland Air flight from Reykjavik, Iceland, to Seattle, USA. Notice the small “lakes” and rivers of melt water (CC BY 2.0, Bernt Rostad/Flickr)

One of the many effects of global warming is the increase of sea levels due to the melting and retreat of the ice sheets in the Arctic and the Antarctic. As the sea level rises, large areas of densely populated coastal land will become uninhabitable. It is vital that we understand the impact climate change interventions could have on the rate of melting and, consequently, changes in sea level.

The Ice Sheet Model Intercomparison Project for CMIP6 (ISMIP6), consisting of more than 60 scientists from 36 institutions across the world – including Dr. Christopher Chambers and Professor Ralf Greve from the Institute of Low Temperature Science at Hokkaido University – has used the latest generation of models to estimate the impact of global warming on ice sheets. Their results were published in a special issue of the journal The Cryosphere on September 17.

The ISMIP6 team projected the changes of the Greenland and Antarctic Ice Sheets (GrIS/AIS) between 2015 and 2100 under global warming conditions predicted by climate modelling. The advantage of ISMIP6 was that it used fourteen different models to estimate the changes in the ice sheet under two greenhouse gas (GHG) emissions pathways: the pessimistic scenario, where there is no change in current trends, leading to a rapid increase in GHG emissions; and the optimistic scenario, where comprehensive steps are taken to reduce GHG emissions. Using different models to estimate the changes was vital to this endeavour, as they have different baselines and assumptions.

Ralf Greve and Christopher Chambers modelled the behavior of ice sheets using the SICOPOLIS model. The first version was released in 1995 by Greve, and since then it has been continuously developed and used for a large number of studies. The SICOPOLIS model uses data from 1990 as a baseline for the experiments. As the model has a 25-year history with an uninterrupted development and publication record, it brought a unique perspective to ISMIP6. 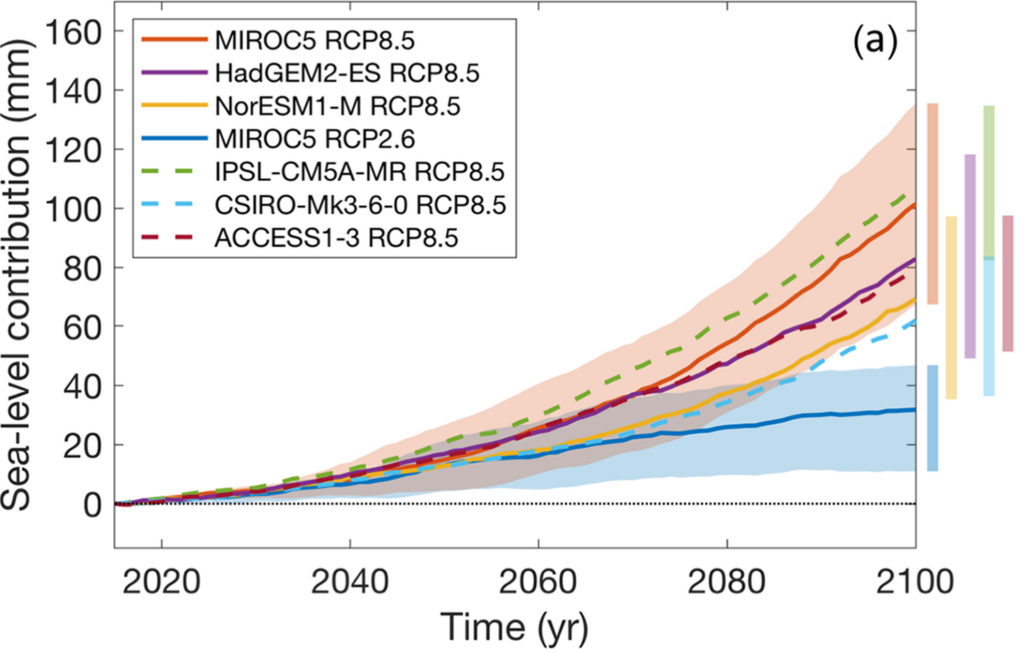 “Mass change from the AIS is notoriously difficult to predict: Increasing ocean temperatures erode the bottom of large floating ice shelves, causing loss; while the AIS can also gain mass by increased snowfall due to warmer air temperatures. However, we are constantly improving our understanding of the ice sheets and their interaction with the Earth’s climate system. Modelling intercomparison studies like ISMIP6 are an effective tool to provide society with the necessary information, including uncertainties, for rational decisions”, said Ralf Greve.

This effort took over six years of collaboration, and the findings of ISMIP6 will help inform the Sixth Assessment Report (AR6) of the Intergovernmental Panel on Climate Change (IPCC), scheduled for release in 2022. ISMIP6 is part of the sixth phase of the Coupled Model Intercomparison Project (CMIP6). CMIP6 currently has a total of 23 endorsed Model Intercomparison Projects (MIPs), and has been invaluable in assessing our understanding of climate and climate change. 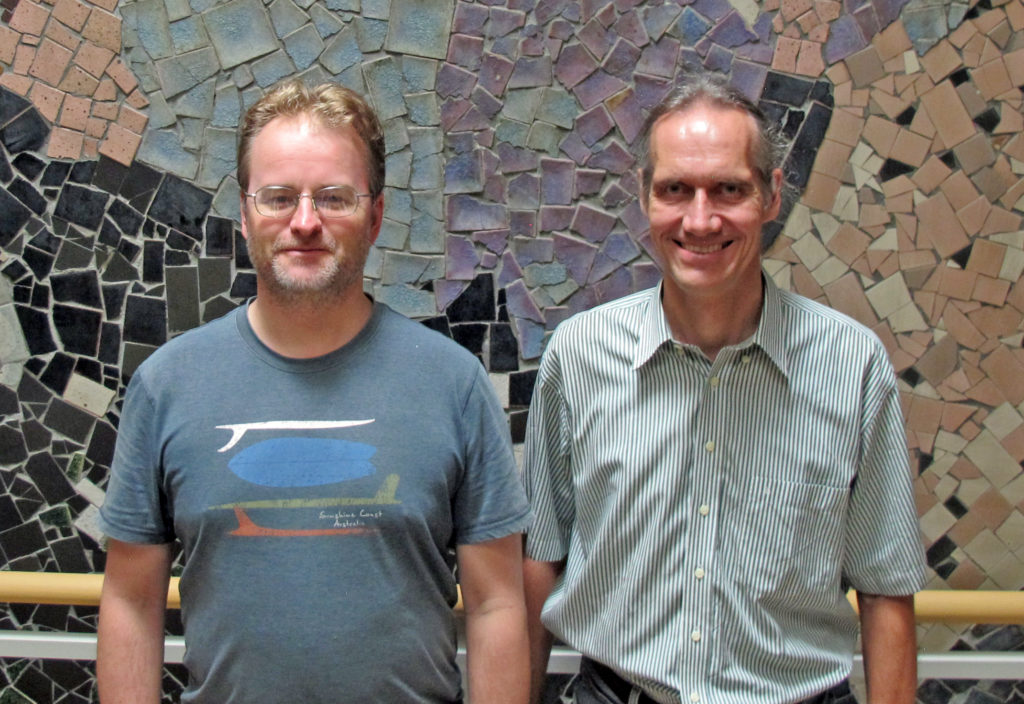 Christopher Chambers and Ralf Greve, the collaborators from Hokkaido University, in front of the ice crystal mosaic in the Institute of Low Temperature Science (Photo: Ralf Greve).

This Press Release was coordinated with a NASA Feature on ISMIP6 by Kate Ramsayer from NASA’s Goddard Space Flight Center.