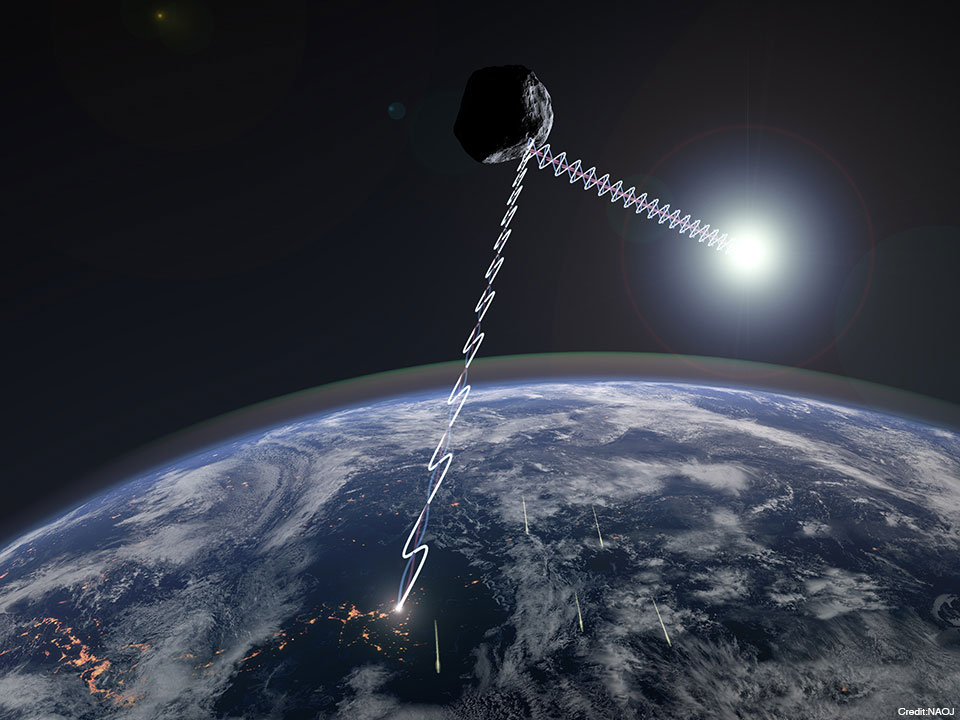 Based on a new study of how near-Earth asteroid Phaethon reflects light at different angles, astronomers think that its surface may reflect less light than previously thought. This is an exciting mystery for the recently approved DESTINY+ mission to investigate when it flies past Phaethon.

The way an object reflects light depends not only on its albedo (the percentage of light it reflects) but also on the illumination angle. One particular effect that scientists are interested in is how the polarization changes when sunlight reflects off the surface of an asteroid. Scientifically, light is referred to as electromagnetic waves; the waves create changes in the electric and magnetic fields. The directions of these changes can either be random or aligned. When the electromagnetic effects of light are aligned, the light is said to be polarized.

An international team, including astronomers from the National Astronomical Observatory of Japan (NAOJ), Seoul National University, Chiba Institute of Technology, Hokkaido University, and other institutes, used the 1.6-m Pirka Telescope at Hokkaido University’s Nayoro Observatory in Japan to observe the near-Earth asteroid (3200) Phaethon. They studied the changes in the polarization of the light it reflected at many different illumination angles. The results show that at some angles, the light reflected from Phaethon is the most polarized light ever observed among small bodies in the Solar System (Figure 1). 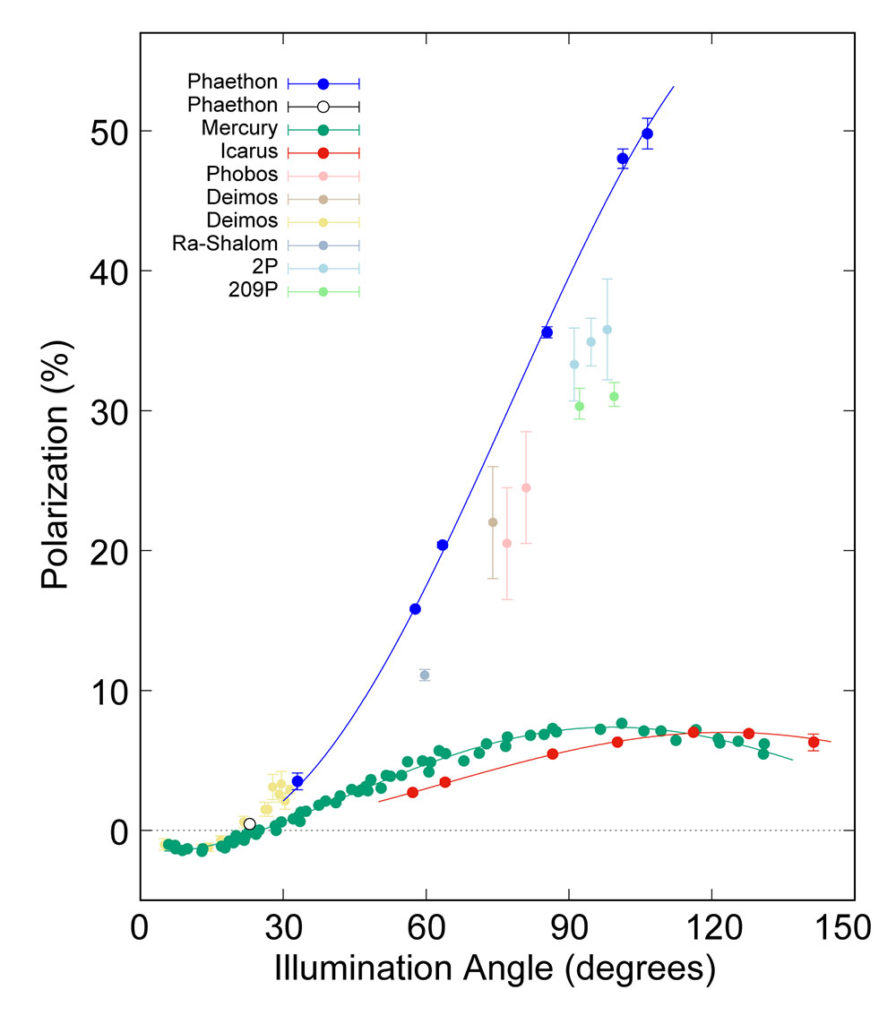 Figure 1: Polarization of reflected light as a function of illumination angle for Phaethon and other objects in the Solar System. The blue circles are from this study on Phaethon. The white circle is a pervious observation of Phaethon by other authors (Fornasier et al. Astronomy & Astrophysics 455, 371-377, 2006).

Discovered in 1983, Phaethon has been shown to be the parent body of the Geminid meteor shower. Most meteor-shower parent bodies are comets, but Phaethon doesn’t show typical cometary activity. Instead it is an active asteroid with confirmed dust ejections. It also has a surprisingly blue color. The fact that its reflected light is strongly polarized is one more mystery surrounding this curious asteroid.

One possible explanation for the strong polarization is that the surface of Phaethon might be darker than expected. Asteroid surfaces are covered with loose rubble. When light reflected by the rough surface strikes another part of the surface and is reflected again before being reflected towards the observer, these multiple scatterings randomize the polarization. Dr. Ito from NAOJ, a leader of the research team explains, “If the albedo is lower than previously thought, that would reduce the effectiveness of multiple scatterings; so that strongly polarized light that has only been reflected a single time would dominate.”

Other possibilities that could reduce the effectiveness of multiple scatterings are that the rubble covering Phaethon’s surface might be composed of larger grains, or the material may be more porous than expected. A possible mechanism to produces large grains is sintering. The surface of Phaethon can be heated up to 1000 degrees Celsius during its closest passage to the Sun. Such extreme heating can cause sintering on an asteroid’s surface, resulting in coarser grains.

The Japan Aerospace Exploration Agency’s DESTINY+ probe, scheduled to launch in 2022, will take pictures as it flies by Phaethon to help astronomers better characterize its surface geology.

These observation results are published as Ito et al. “Extremely strong polarization of an active asteroid (3200) Phaethon” in Nature Communications on June 27, 2018.