Scientists have developed a new chimeric antibody that suppresses malignant cancers in dogs, showing promise for safe and effective treatment of intractable cancers.

Similar to our aging society, dogs live longer than before and an increasing number of them die from cancer nowadays. As seen in humans, dogs have malignant cancers that cannot be treated by existing therapies such as surgery, radiotherapy and chemotherapy. Oral malignant melanoma (OMM), a highly invasive cancer in dogs, is one such example.

In humans, some malignant cancer cells express PD-L1 proteins that bind to their receptor PD-1 on T cells, resulting in the suppression of the T cell’s immune function. Thus, PD-L1/PD-1 interaction is considered an “immune escape mechanism” that cancer cells have. Antibodies that block PD-1/PD-L1 binding have proven effective in inducing anti-tumor immune responses and have been widely used in immunotherapy in the last five years. However, in dogs, no such clinical studies have been reported so far.

Professor Satoru Konnai of Hokkaido University and his collaborators in Japan have developed a chimeric anti-PD-L1 antibody that induces immune responses and therefore tumor regression in dogs with malignant cancers. 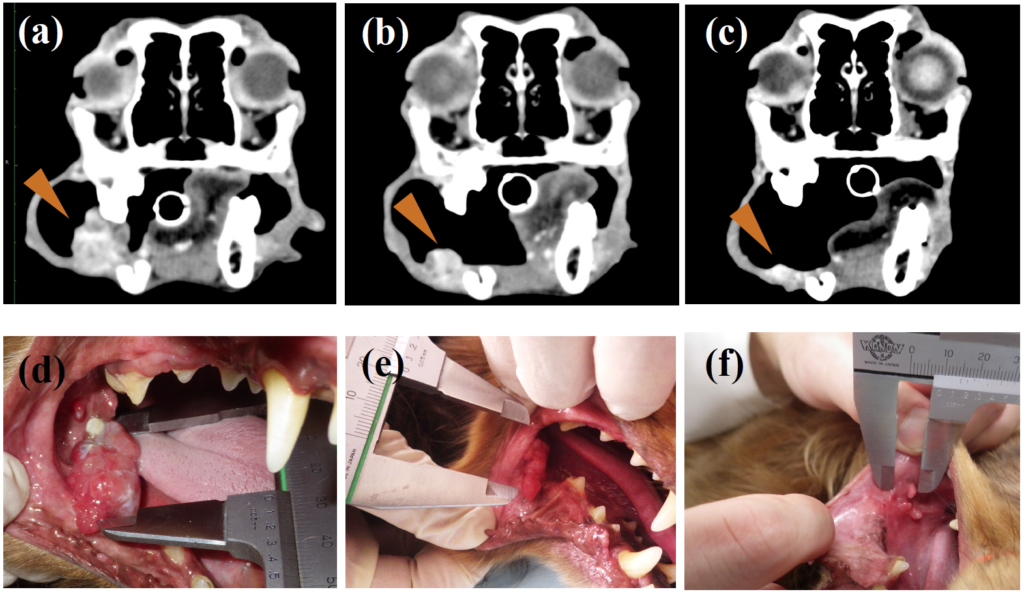 The team first revealed that PD-L1 is expressed in the cells of OMM and another type of cancer called undifferentiated sarcoma, confirming that those two cancers are likely targeted by the immunotherapy. They then utilized a rat anti-PD-L1 antibody to develop a rat-dog chimeric antibody which should help avoid rejection by the immune system and allergic reactions when administered to dogs. 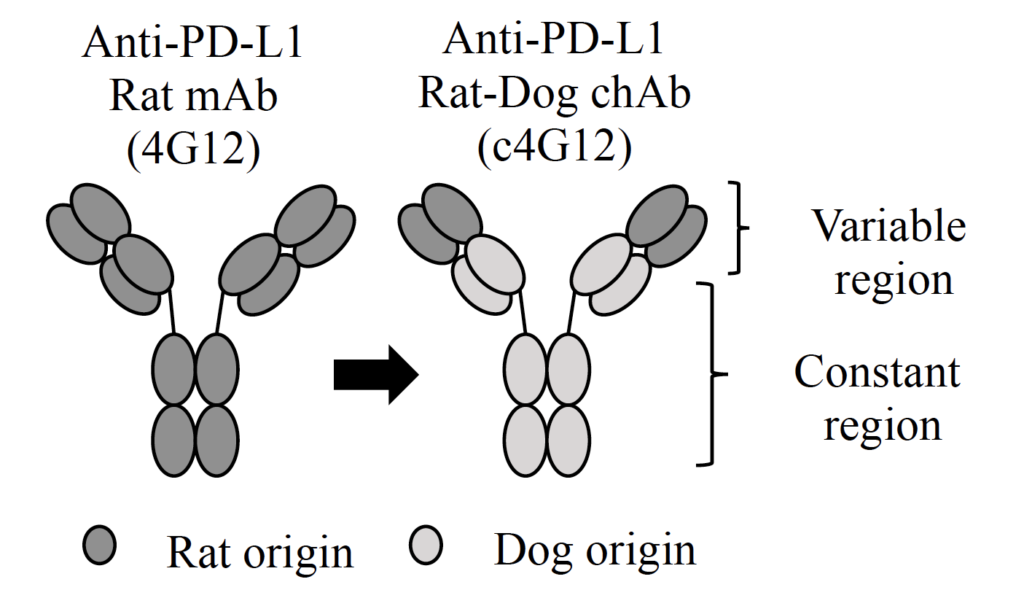 The chimeric anti-PD-L1 antibody developed in the study. The large part of rat anti-body was replaced with that of dog to avoid rejection and allergic reaction upon administration. (Maekawa N. et al., Scientific Reports, August 21, 2017)

In their pilot clinical study, seven dogs with OMM and two dogs with undifferentiated sarcoma were treated with the chimeric antibody every two weeks. One of the OMM dogs showed obvious tumor regression after ten weeks of administration while one dog with undifferentiated sarcoma showed a significant decrease in tumor burden after three weeks. None of them showed adverse effects such as an allergic reaction. Moreover, their data suggested the treatment may have prolonged survival in dogs with OMM after pulmonary metastasis.

“Chimerization of the antibody is now proven as a simple and effective strategy to develop therapeutic antibodies in veterinary medicine. Although further clinical studies are needed, other PD-L1-positive cancers could be targeted by the antibody we have developed,” says Satoru Konnai. “Given the similarity between humans and dogs in cancer biology, our study should provide a beneficial model for human preclinical studies.” 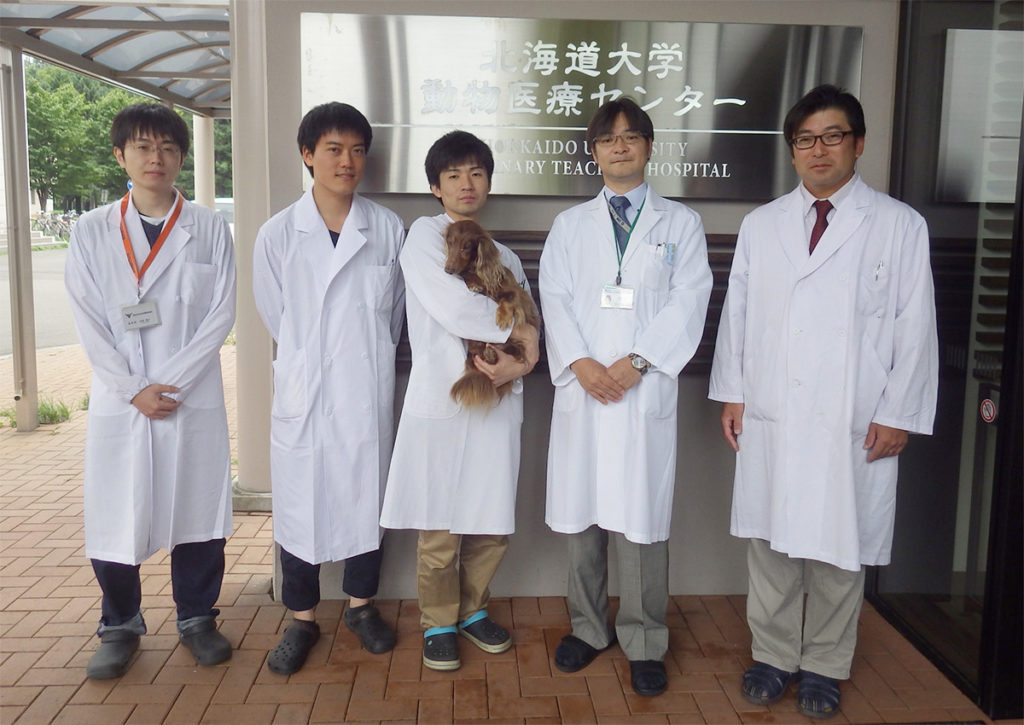 This work was supported by a Grant-in-Aid for Scientific Research (16K15042) and Grant-in-aid for JSPS Fellows (15J01989) from the Japan Society for the Promotion of Science (JSPS), and the Platform for Drug Discovery, Informatics, and Structural Life Science (Proposal No. 2157) from the Japan Agency for Medical Research and Development (AMED).