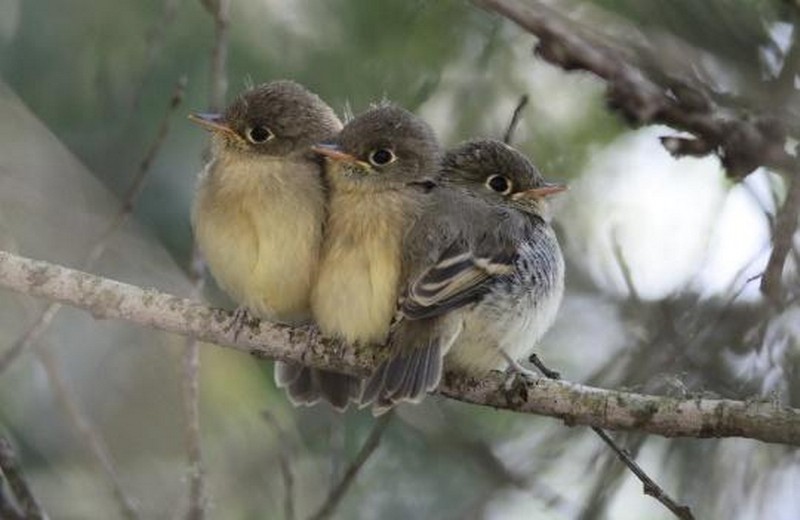 Fledgling chicks of the Pacific-slope flycatcher, whose breeding success rate was reduced due to noise (Photo: Masayuki Senzaki).

Some bird species change their reproductive behaviours in response to noise and light pollution, according to a study published in the journal Nature. The findings raise new questions about how responses to sensory stimuli, like noise and light, interact with other global changes, like a warming climate.

An international team of researchers, including Hokkaido University ecologist Masayuki Senzaki, wanted to develop a better understanding of the effects of human-made noise and light pollution on reproductive success in birds. Scientific understanding in this area is currently limited to a few species at the local scale. The team used citizen-gathered records between 2000 and 2014 on more than 58,500 nests belonging to 142 bird species across the United States and assessed how this information was associated with high-resolution noise and light data from the nesting areas. 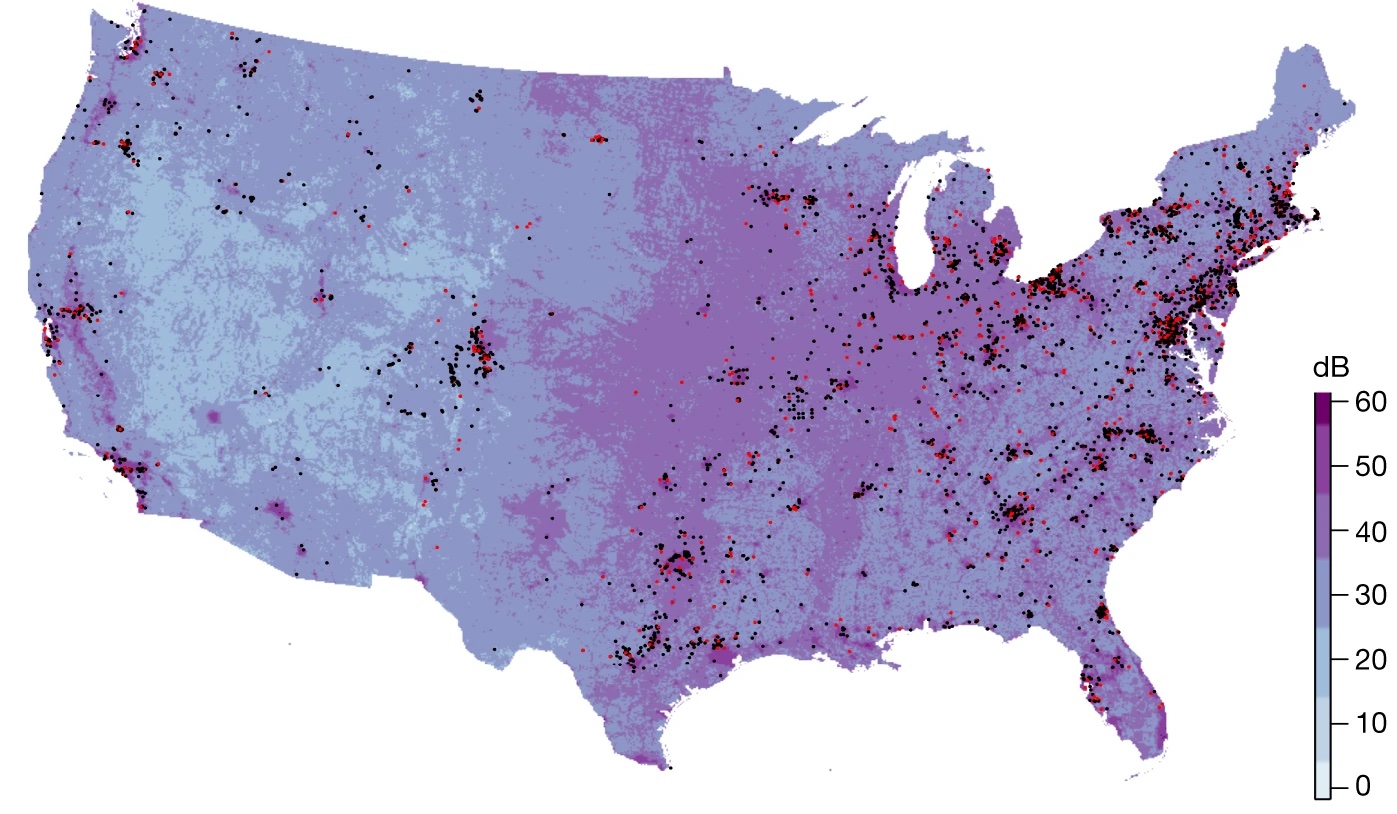 Distribution map of artificial noise in the United States. The shade of color indicates the magnitude of noise. The points in the figure are the positions of the bird nests used in the analysis. Red indicates a nest that failed to breed, and black indicates a nest that succeeded in breeding (Masayuki Senzaki, et al. Nature. November 11, 2020).

Further analyses at the species level showed that birds with low frequency birdsong were more negatively affected by noise pollution than those with higher frequency vocals. Notably, many closed habitat species chirp in low frequencies. The scientists believe that noise pollution masks these lower frequencies, interfering with male stimulation of females and thus their receptivity to breeding.

Also, species that see well in low-lit conditions laid eggs earlier in response to light pollution. The scientists expected they would have less nesting success compared to birds who do not see as well in low-lit conditions, due to a mismatch between peak food availability and food need. Instead, they found the birds had better nesting success. The scientists think this is due to their ability to successfully track available resources as climate temperatures rise.

“There is widespread consensus that climate change is causing temperate birds to reproduce earlier,” says Senzaki. “But our data is showing that the impacts usually attributed to temperature could be overestimated, due to being confounded by the impacts of light pollution. Similarly, delays in the onset of bird breeding due to exposure to noise pollution could be leading to the underestimation of the impacts of climate change.” The team recommends data re-evaluations to understand how the different elements of global change interact to impact bird reproduction behaviours worldwide.