The Sox9 gene is upregulated in the absence of sex-determining Y chromosome and Sry gene in Amami spiny rat. 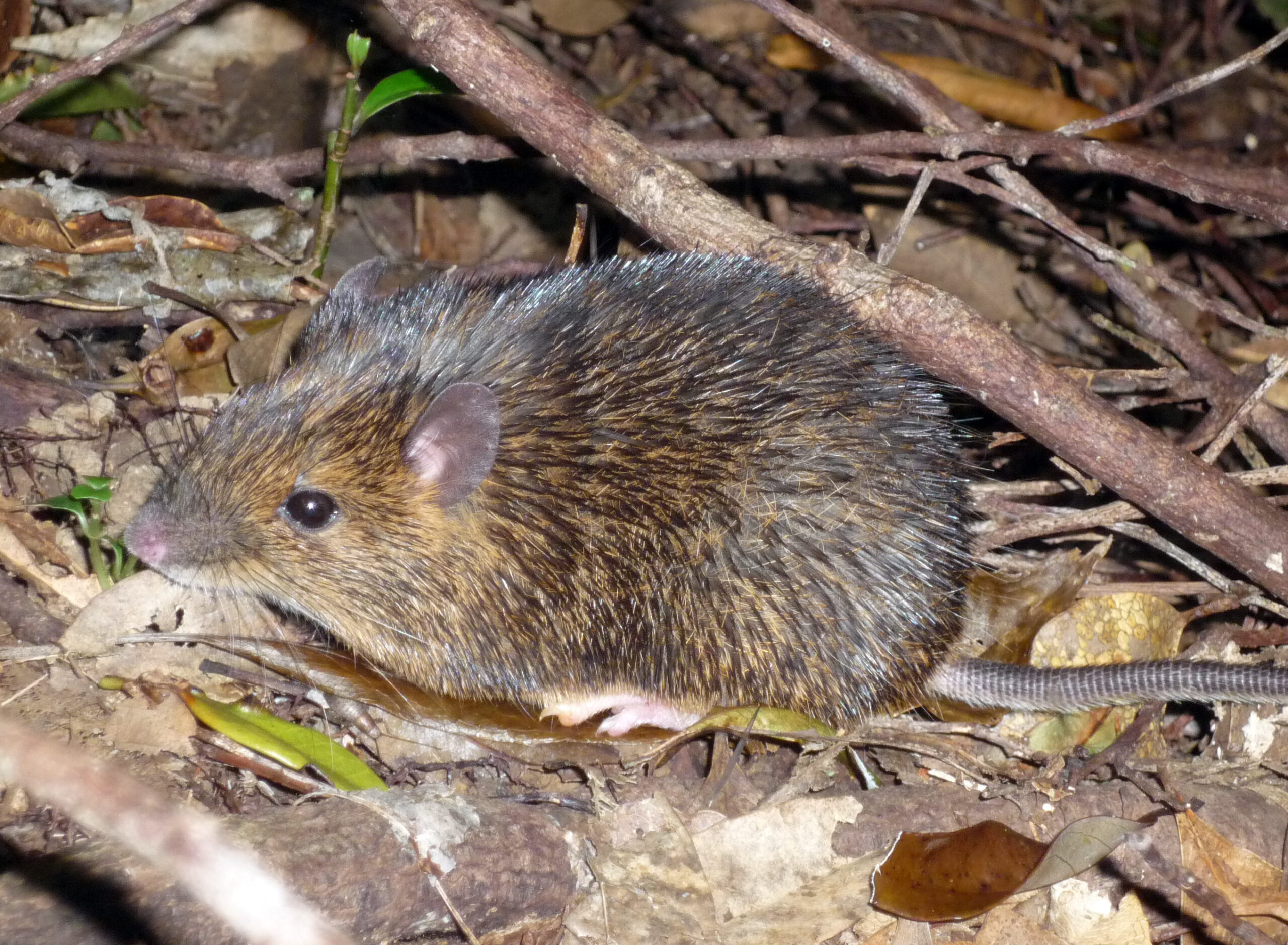 In mammals, the distinction between male and female at the chromosomal level is due to the X and Y chromosomes. Typically, females have two X chromosomes (XX) while males have an X and a Y chromosome (XY). The Sry gene on the Y chromosome triggers the formation of the testes. However, there exist a handful of rodent species in which the Y chromosome has disappeared, taking with it the Sry gene. The mechanism by which testes development occurs in these species is not fully understood, and is subject to much research.

A team of researchers led by Professor Asato Kuroiwa at Hokkaido University has uncovered the genetic basis for sexual differentiation in the Amami spiny rat, one of the species the lacks a Y chromosome and the Sry gene. Their discoveries were published in the journal Proceedings of the National Academy of Sciences.

The Amami spiny rat is an endangered rodent found only on Amami Oshima, Japan. It is one of just four mammals known to lack a Y chromosome, alongside its close relative the Tokunoshima spiny rat, as well as the Transcaucasian mole vole and the Zaisan mole vole. In the Amami spiny rat, the the Sry gene is completely absent; thus, it has evolved a novel, unknown sex-determining mechanism independent of Sry.

The research team collected tissue samples from three male and three female Amami spiny rats, and used them to generate genome sequences for each individual. Intensive analysis unveiled a DNA sequence duplication that was present only in the males. This duplicated region was located upstream of the gene Sox9 on chromosome 3.

In mammals, Sox9 is the target of Sry, and is responsible for the differentiation of the testes. It has been studied in detail, and many regulatory elements that control the expression of Sox9 are known.

The researchers revealed that the sequence duplication in Amami spiny rats was a new regulatory element, which upregulated Sox9 in the absence of Sry. They were able to map its position on the chromosomes relative to Sox9, and confirmed that it was similar to a potential Sox9 enhancer in mice called Enh14. They hypothesise that the two copies of Enh14 work in concert to upregulate the expression of Sox9. When they introduced the sequence into mice genomes by gene editing technology, the female (XX) mice embryos showed a gene expression that induced testis formation. 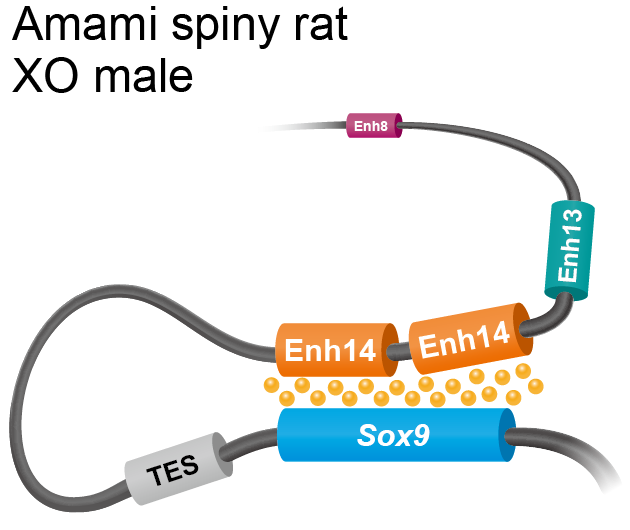 In the Amami spiny rat, the Enh14 region is duplicated. The two copies of Enh14 act in concert to upregulate Sox9, which causes the differentiation of the testes. TES, Enh13 and Enh8 are other regulators of Sox9 (Miho Terao, Yuya Ogawa, et al. Proceedings of the National Academy of Sciences. November 28, 2022).

This study is the first discovery of a male-specific genetic element directly related to sex-determining mechanism in mammals that is independent of Sry. It shows that the the sex-determination mechanism in the Amami spiny rat has moved to chromosome 3, an autosome — the first example of a translocation of sex-determination mechanism in mammals. Future work will focus on investigating the exact mechanism by which Enh14 acts, as well as identifying other elements of this novel mechanism. However, it is unknown if this mechanism can be extended to all four rodent species that lack a Y chromosome, especially to the distantly related mole voles. 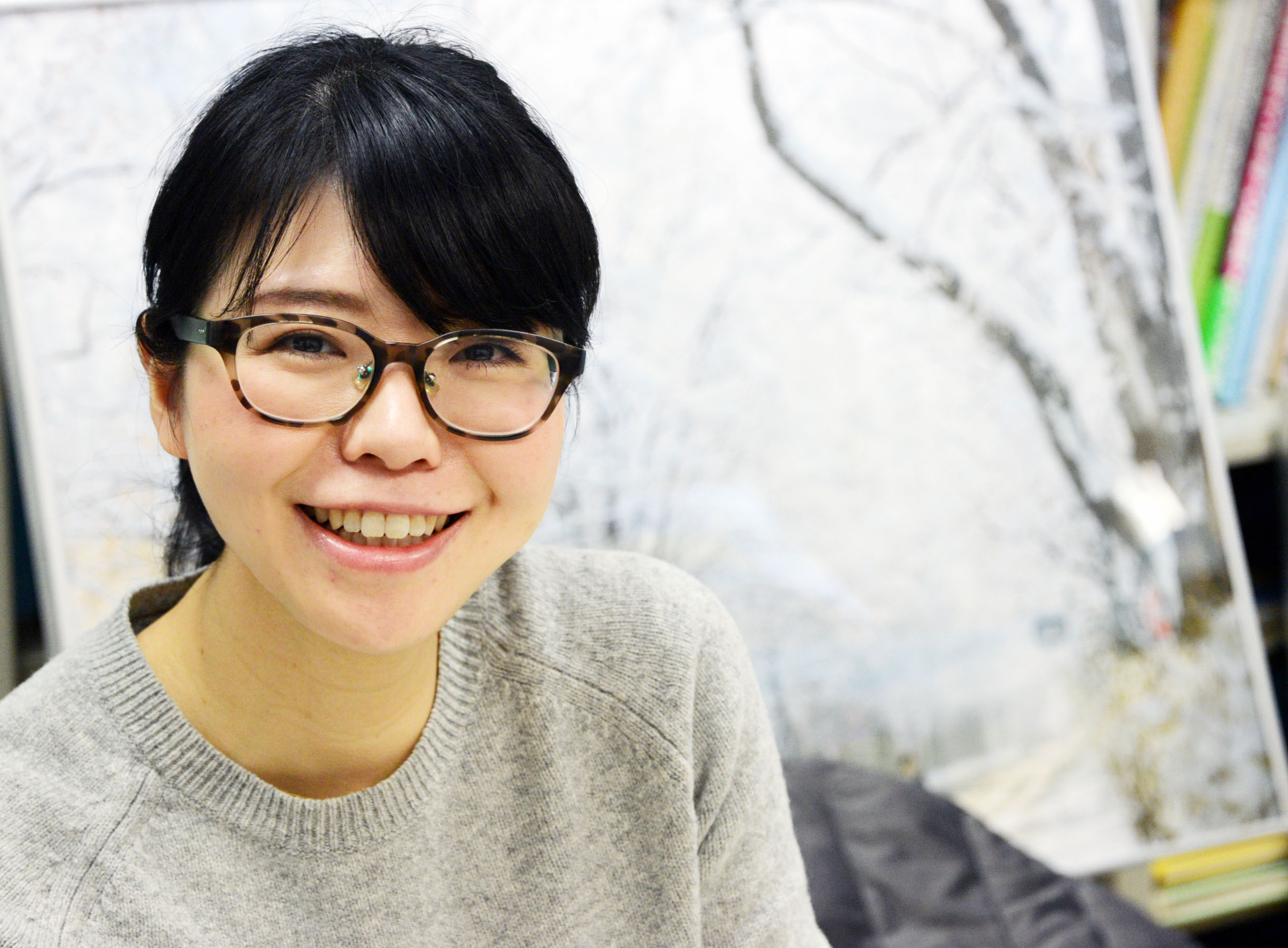 Miho Terao, Yuya Ogawa, et al. Turnover of mammal sex chromosomes in the Sry-deficient Amami spiny rat is due to male-specific upregulation of Sox9. Proceedings of the National Academies of Sciences. November 28, 2022.

What causes rats without a Y chromosome to become male?