A newly developed antibody drug reactivates suppressed immune cells, decreasing the bovine leukemia virus (BLV) counts in an infected cow. The antibody could be applied to treat a variety of intractable infectious diseases in cows.

Bovine leukemia is a systemic, malignant lymphosarcoma in cows which is mainly caused by infection with a retrovirus, bovine leukemia virus (BLV). In 2016, 3,125 cases of bovine leukemia were reported in Japan, which was the largest number of cases among the infectious bovine diseases designated by the Act on Domestic Animal Infectious Diseases Control. Bovine leukemia is commonly seen in other Asian countries, South America and North America.

About 35 percent of cows in Japan have been reportedly infected with BLV. Although the rampant infection has caused a considerable economic loss to dairy and beef farmers, there has been no effective vaccine or treatment available to control the spread and progression of the disease.

In a previous study, scientists from Hokkaido University, Tohoku University and the Hokkaido Research Organization found that the lymphocytes called T-cells are functionally suppressed by a receptor/ligand interaction between PD-1 and PD-L1 while infected with BLV. The immune suppression was closely related to progression of the disease. Furthermore, they developed an anti-PD-L1 antibody which was found effective in blocking PD-1/PD-L1 interaction and reinvigorating T-cell response in the infected cows.

In the current study, the research team developed an anti-PD-1 antibody derived from rats. They then tested its effectiveness on a cow in preventing progression of the disease. However, no significant improvement in T-cell activity or the virus count was found, apparently due to the antibody instability in the cow’s body when administrated.

The team then engineered the anti-PD-1 rat antibody to form an anti PD-1 “rat-bovine” chimeric antibody, which was again administered to the infected cow. They discovered the newly developed antibody blocks the binding between PD-1 and PD-L1, reinvigorating the antivirus immune response and thus decreasing the virus count in the infected cow. Furthermore, the antibody is not easily expelled from the cow’s body, enabling it to remain effective within the cow for a longer period.

“The new antibody could pave the way for developing biomedicines that effectively treat cows infected with the bovine leukemia virus. Such biomedicines are also expected to reduce the use of antibiotics or steroids in other intractable infectious diseases,” says Associate Professor Satoru Konnai of the research team at Hokkaido University. “We plan to conduct animal experiments this year to verify if our antibodies are effective in treating other diseases.” 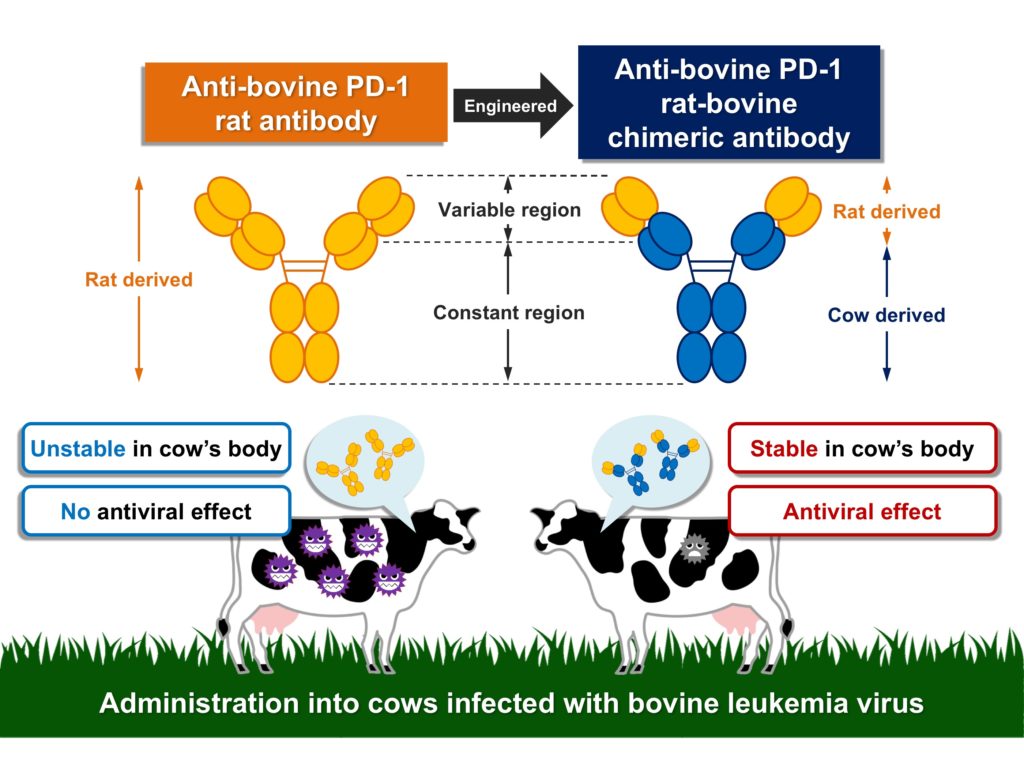 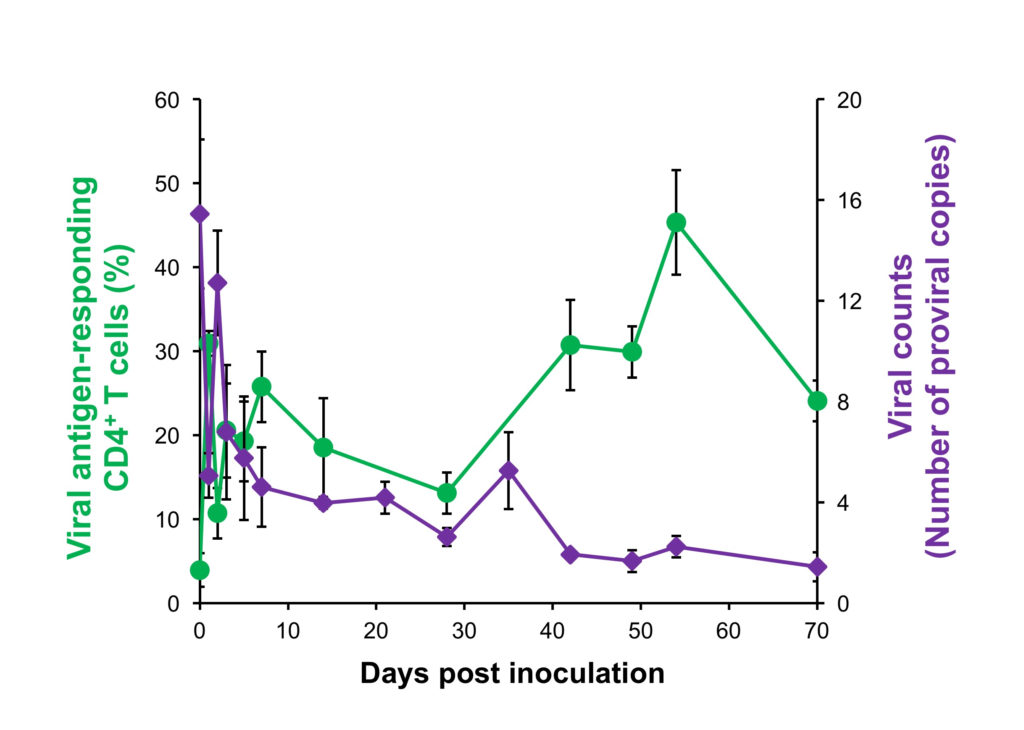 Virus responding T cells (green) were increased and the viral counts (purple) were decreased in the infected cow after administering the anti-PD-1 chimeric antigen.

This work was supported by grants from the Ministry of Education, Culture, Sports, Science and Technology; the Ministry of Agriculture, Forestry and Fisheries; the National Agriculture and Food Research Organization; and the Japan Agency for Medical Research and Development (AMED).