Polymers to give early warning signs

Joint press release by University of Fribourg and Hokkaido University 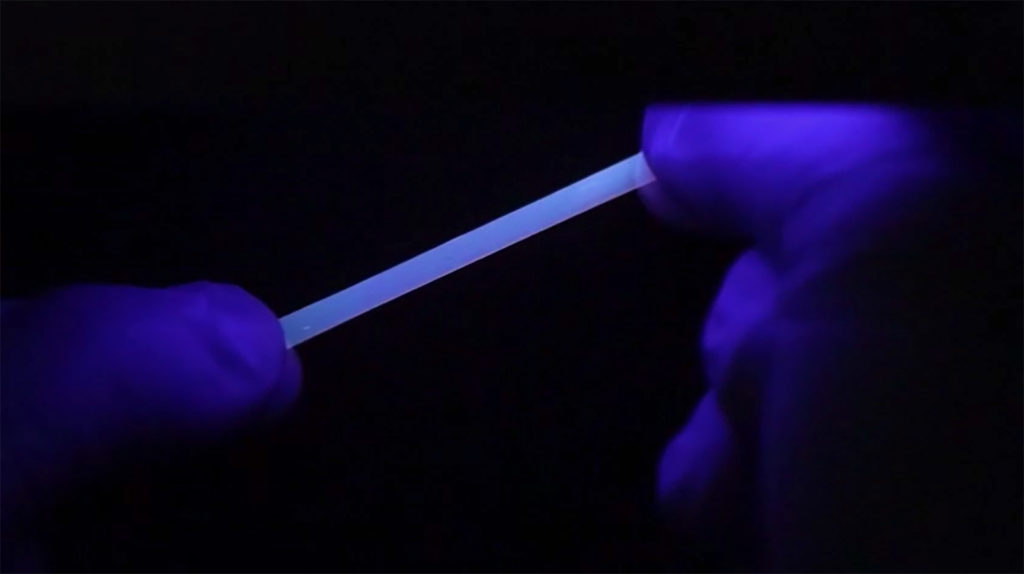 The newly developed polymer switches on and off its fluorescence responding to mechanical stress. Copyright Hokkaido University.

Researchers at the University of Fribourg’s Adolphe Merkle Institute (AMI) and Hokkaido University in Japan have developed a method to tailor the properties of stress-indicating molecules that can be integrated into polymers and signal damages or excessive mechanical loads with an optical signal.

As part of their research activities within the National Center of Competence in Research Bio-inspired Materials, Professor Christoph Weder, the chair of Polymer Chemistry and Materials at AMI, and his team are investigating polymers that change their color or fluorescence characteristics when placed under mechanical load. The prevailing approach to achieve this function is based on specifically designed sensor molecules that contain weak chemical bonds that break when the applied mechanical force exceeds a certain threshold. This effect can cause a color change or other pre-defined responses. A fundamental limitation of this approach, however, is that the weak bonds can also break upon exposure to light or heat. This lack of specificity reduces the practical usefulness of stress-indicating polymers. It normally also makes the effect irreversible.

Addressing this problem, Weder and Dr. Yoshimitsu Sagara – a Japanese researcher who spent two years in Weder’s group at AMI before joining Hokkaido University as an Assistant Professor – devised a new type of sensor molecule that can only be activated by mechanical force. Unlike in previous force-transducing molecules, no chemical bond breaking takes place. Instead, the new sensor molecules consist of two parts that mechanically interlocked. This interconnection prevents the separation of the two parts, while still allowing them to be pushed together or pulled away from each other. Such molecular pushing and pulling causes the molecule’s fluorescence to change from off to on.

In a new publication in the open-access journal ACS Central Science, Weder, Sagara, and their co-workers report that this new concept is robust and versatile. “The design approach allows one to tailor the properties of such sensor molecules, as their behavior is quite predictable,” explains Weder. “We chose to demonstrate this by tackling materials that display white fluorescence when stretched,” adds Sagara. “Mechanoresponsive white fluorescence is in general difficult to achieve. It requires the combination of three sensor molecules with pre-defined emission colors: blue, green, and red (or orange). In addition, the sensor molecules also need to exhibit a similar response to mechanical stress to achieve ON/OFF switching of white emission when they are blended.”

A video presentation created by the research team explaining the unique property of the polymer. Copyright Hokkaido University.

As intended, polymers containing the new motifs do not fluoresce in the absence of mechanical force, but they become brightly fluorescent – red, green, or blue, when only one type of sensor molecule was used, white when they were combined – when stretched. Because no chemical bonds are broken, the process is also fully reversible. Thus, when the new sensor molecules were incorporated in an elastic polymer, the fluorescence was turned on when the material was stretched, and turned off when the force was removed and the material contracted. Moreover, the fluorescence intensity, or brightness, was shown to correlate with the extent of deformation. 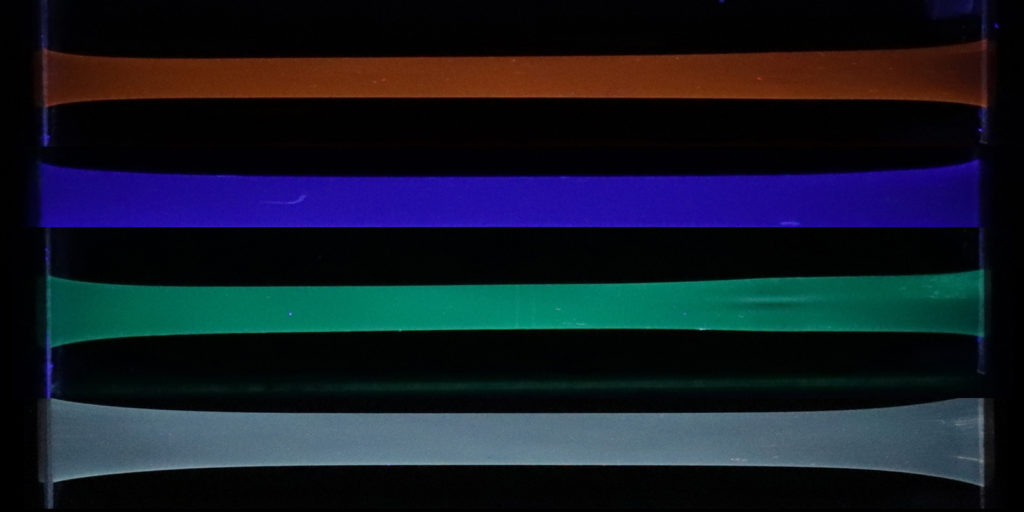 Potential applications for such materials include built-in monitors that send visual warning signs before a part fails, or that enable engineers to map stresses in parts under load and help them design these better. The sensor molecules also promise to be useful for fundamental, molecular-level investigations of stress-transfer mechanisms in synthetic materials as well as in biological systems.

The Swiss-Japanese team is currently collaborating to further simplify the design for an expansion of the concept to materials that change their color, instead of their fluorescence. The response of such motifs could be inspected without any auxiliary means and would thus be more useful for practical applications.

The research was funded by the Japan Science Technology Agency and the Swiss National Center of Competence in Research Bio-Inspired Materials. 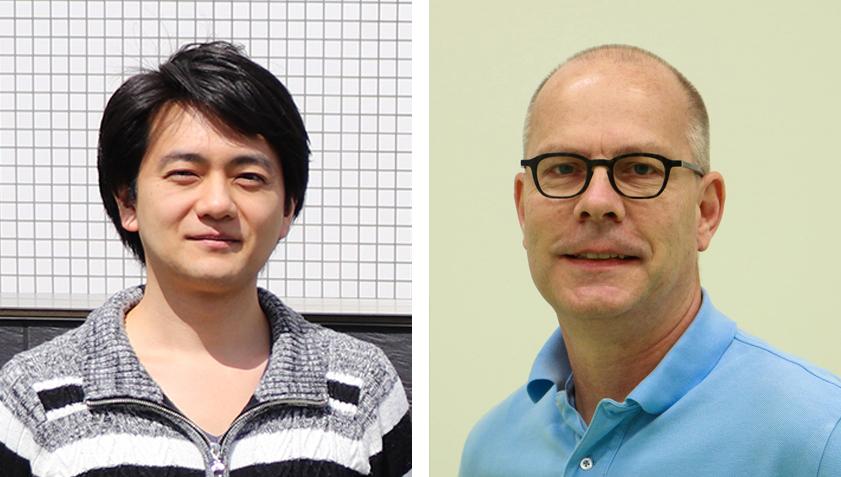 Yoshimitsu Sagara (left) and Christoph Weder of the research team.