Predator species may buffer the negative impacts of climate change by mitigating against the loss of biodiversity, according to new research led by scientists in Trinity College Dublin and joined by scientists at Hokkaido University.

The team of scientists behind the discovery say their findings underline the importance of conserving biodiversity, and top predators in particular, and highlight the potential for species extinctions to worsen the effects of climate change on ecosystems.

The scientists assembled communities of freshwater organisms in experimental streams at the Tomakomai Experimental Forest in Northern Japan. The stream communities were exposed to realistic heatwaves, and some included a dominant predator (a sculpin fish), while others did not. 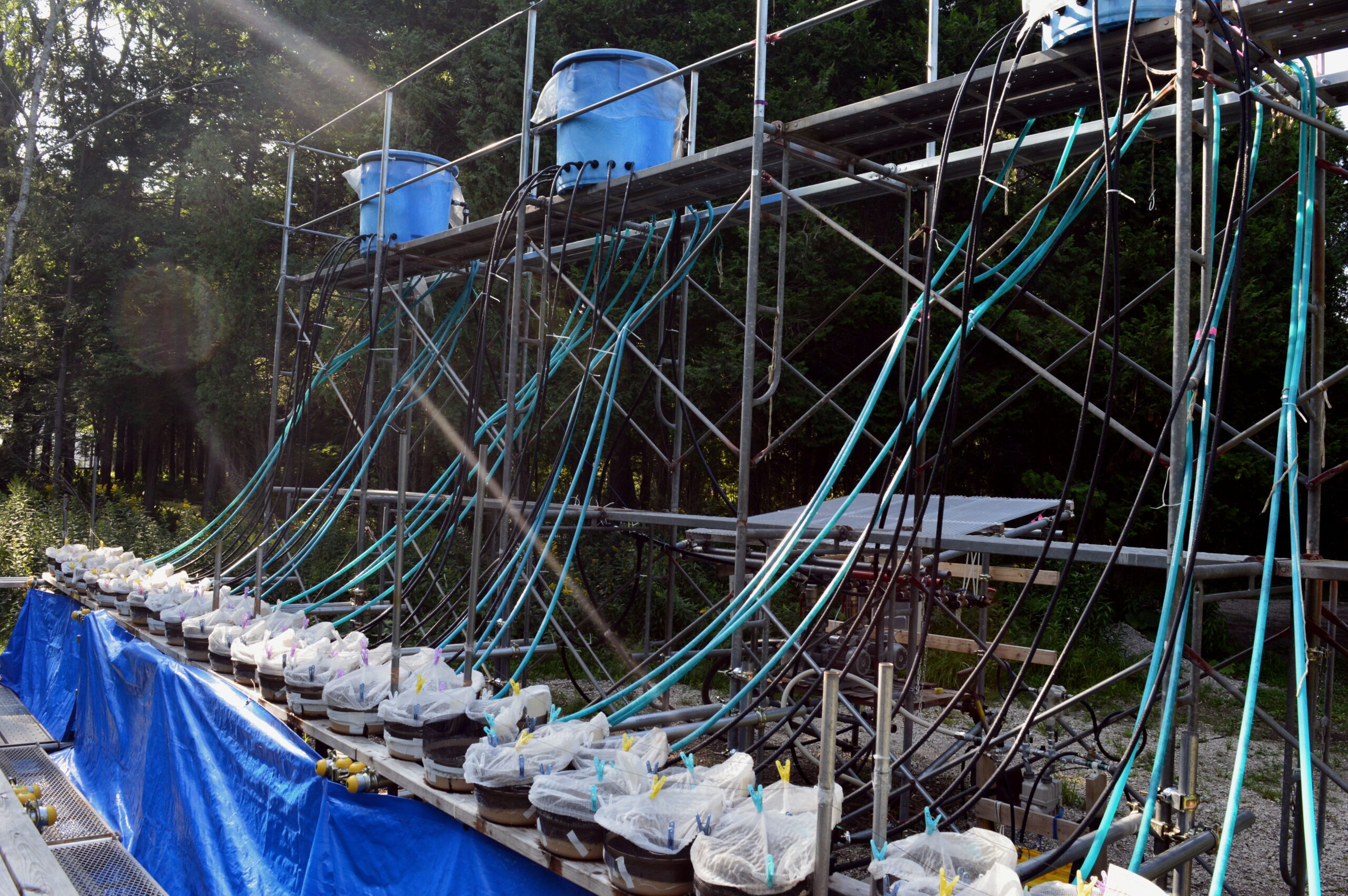 The experimental system used in the research. Water is pumped from the main Horonai stream, through 48 artificial stream chambers, and then flows back out to the the main stream (Photo: Samuel Ross).

They found that heatwaves destabilised algal (plant) communities in the streams such that the differences normally found among them disappeared and they resembled each other much more closely—equating to a loss of biodiversity—but this only happened when the predator was absent from the community. Algal communities are important in streams because they form the energy base for all other organisms, so loss of algal biodiversity can propagate to impact the entire ecosystem.

Additionally, the scientists discovered that important heatwave effects—such as shifts in total algal biomass—only emerged after the heatwave had passed, underlining that even catastrophic impacts may not be immediately obvious. 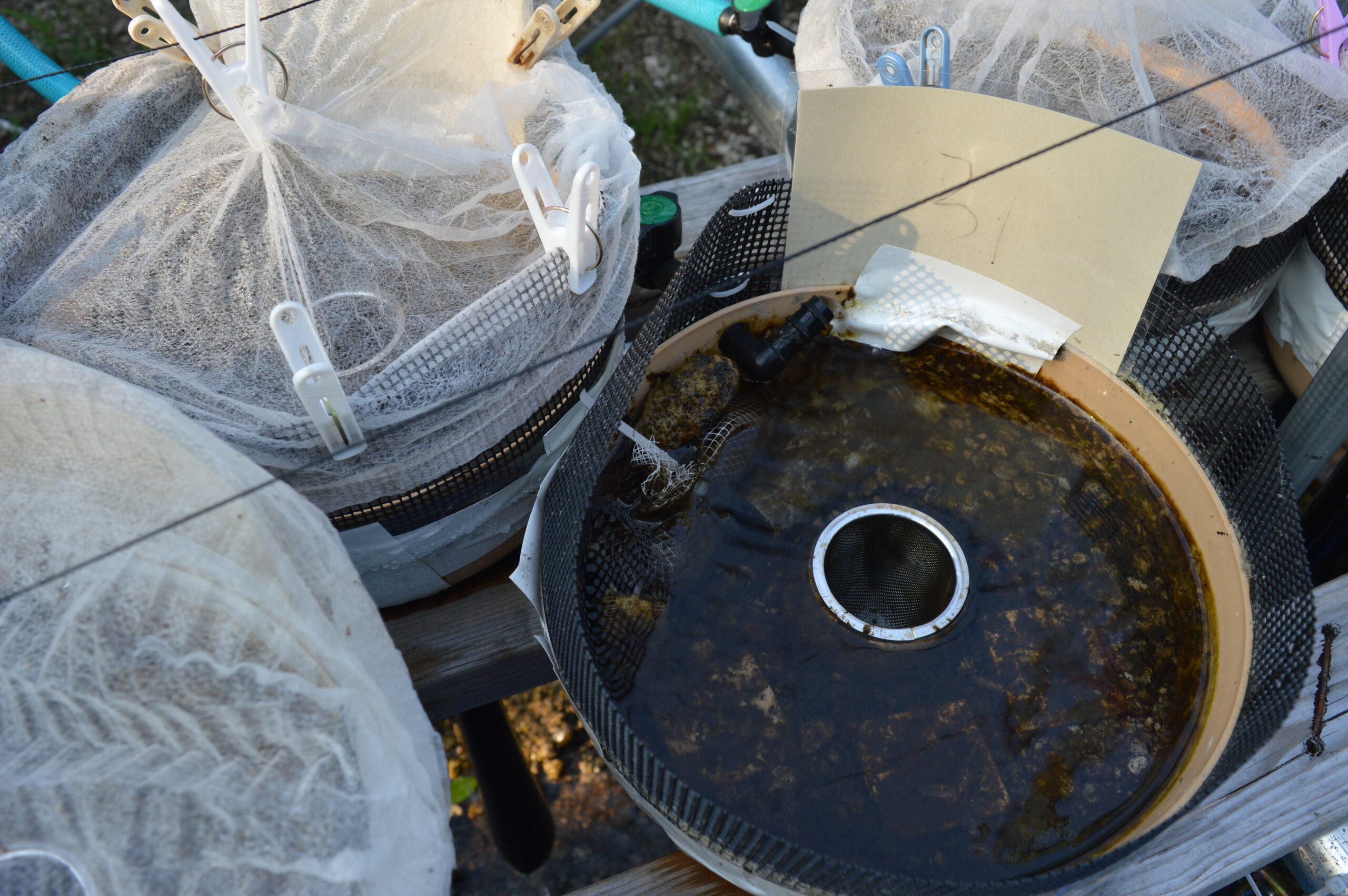 A close-up of the artificial stream chambers used in the research. Water is constantly flowing, thanks to a pump system (Photo: Samuel Ross).

Dr Samuel Ross, who led the experiment in Japan as part of his PhD research in Trinity College Dublin’s Department of Zoology, said of the study, which has just been published in leading international journal Global Change Biology:

“We found that predator extinctions can interact with heatwaves to further undermine the stability of ecosystems. This highlights how the climate and biodiversity crises are completely intertwined, really just two sides of the same coin.”

“Taken together, our results show how the ecological consequences of heatwaves can amplify over time as their impacts propagate through ecological communities. However, predator species help to buffer such impacts, acting as allies in the fight against climate change.” 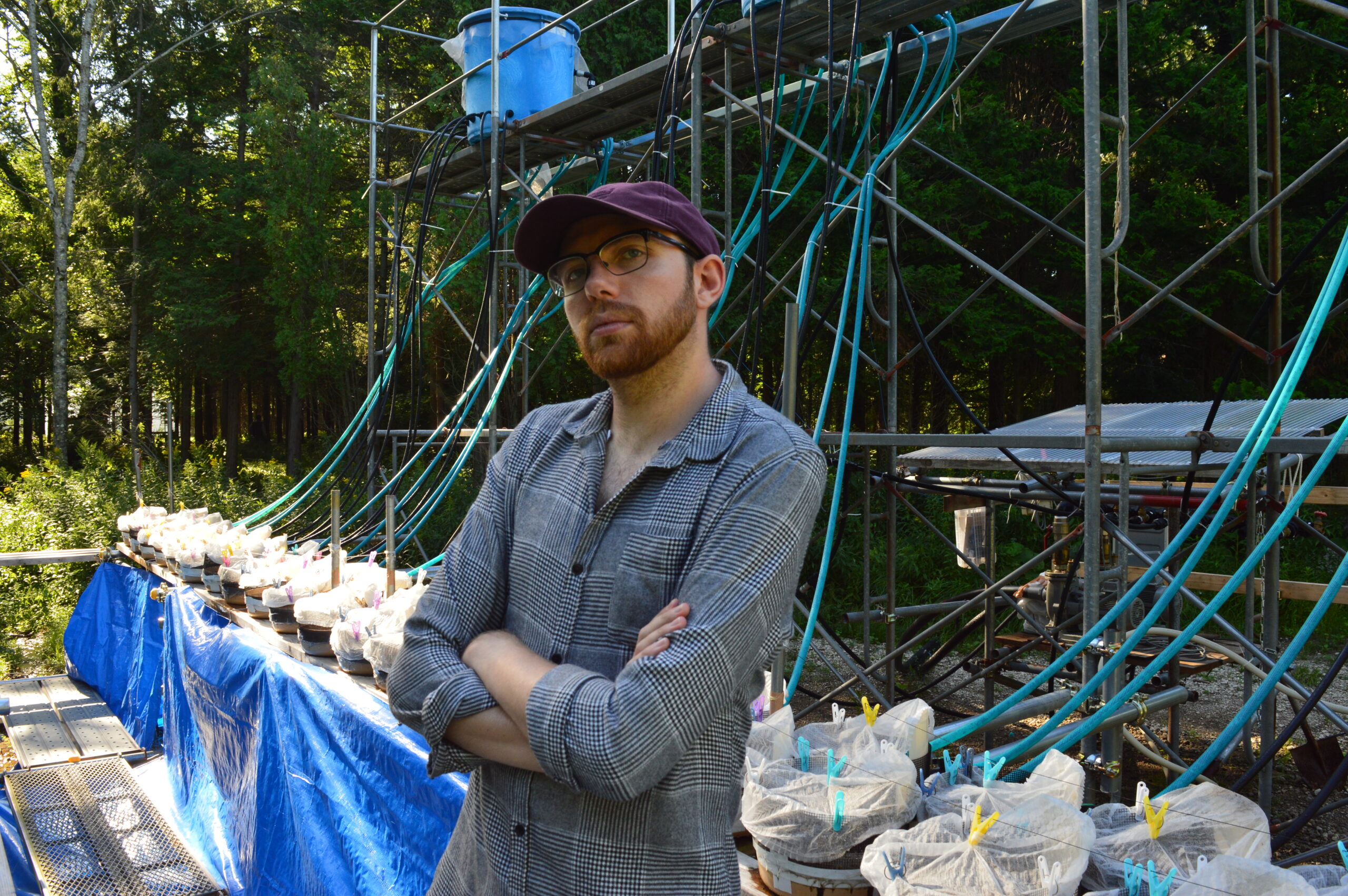 “Amidst the accelerating global extinction crisis, climate change will expose most ecosystems to more frequent, intense and extreme climatic events, such as the heatwaves we examined in our study. Certainly, the disappointing outcome of the recent COP-26 discussions has ensured that this scenario is now unlikely to be avoided. Our work shows how intact ecological communities can play a critical role in mitigating against the effects of climate change, and underscores how conserving biodiversity is key to ensuring a sustainable future for humanity.”

The press release by Trinity College Dublin can be found here.