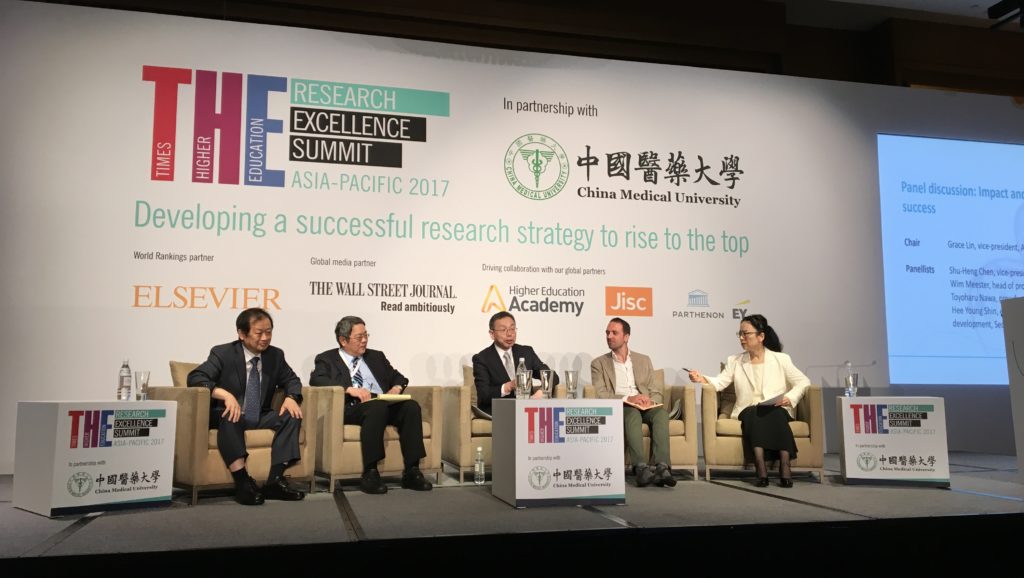 The Times Higher Education Research Excellence Summit Asia-Pacific 2017 was held in Taichung, Taiwan from July 3rd to 5th. It gathered more than 130 leaders in education from all over the world to discuss the development and best practices of international partnerships and research excellence. Hosted by the editors of Times Higher Education (THE) and China Medical University, the summit consisted of two full days of interviews, discussions, and networking opportunities. THE has hosted several events such as the “THE World Summit Series” but this was first time for them to run an event dedicated to research excellence.

Hokkaido University’s President Nawa attended the summit as a session panelist. The panel, which was on the final day of the summit, also comprised representatives from National Chengchi University, Asia University, Seoul National University and Scopus, and addressed issues concerning the process to evaluate the impact made by universities. President Nawa introduced the joint development project between Hokkaido University and Hitachi, Ltd. to emphasize the importance of including collaborations with and contributions to industries when universities are evaluated. In addition, President Nawa also showed that the majority of the evaluation points focus on activities in English, and expressed that although it is essential to internationalize, the university must also share Japan’s unique knowledge and culture with the world. 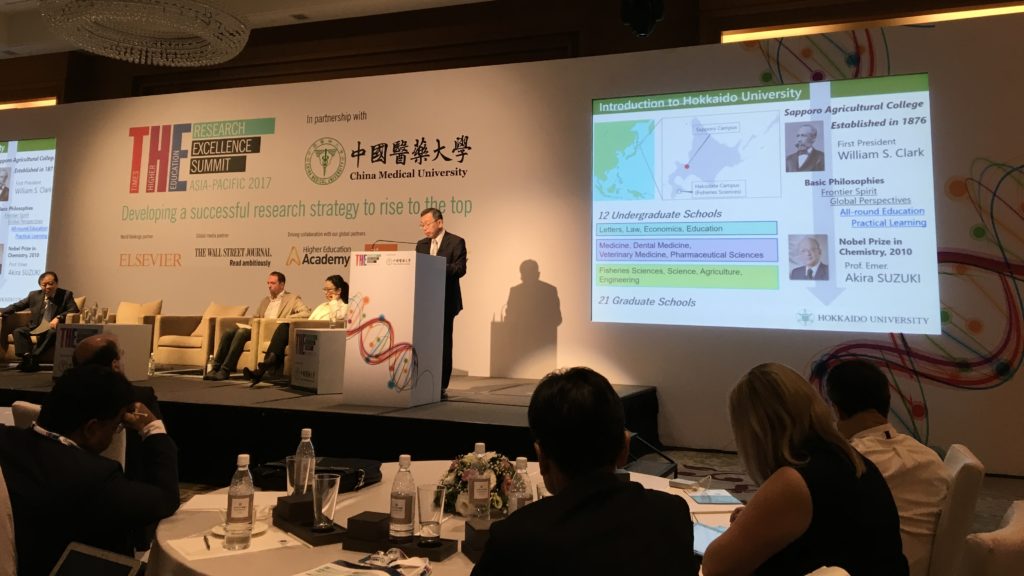