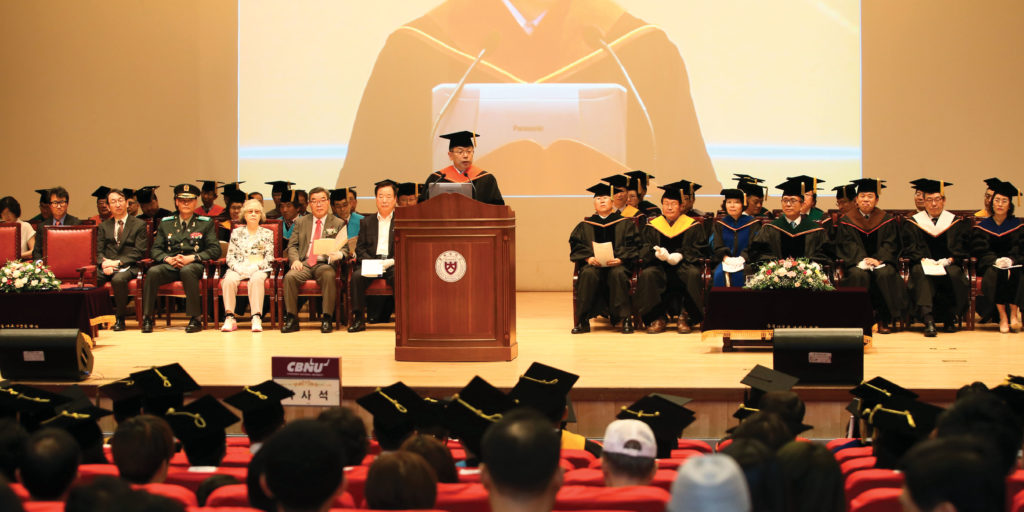 At the degree award ceremony held at the New Culture Center of Chungbuk National University on August 23th, 2017, President Toyoharu Nawa was awarded an Honorary Doctor of Engineering. He was particularly praised for his contributions in education and research in the field of engineering, as well as to university management and the development of higher education in Japan.

Before the ceremony, a breakfast meeting was held between President Nawa and members of the Hokkaido University Korean Yeolyeoncho (Korean “Enireiwo”) Association. They talked about the activities of ambassadors and partners in Korea, overseas networks of Hokkaido University, and their support projects.

In his acceptance speech, President Nawa spoke about how Chungbuk National University has built brilliant traditions since its establishment in 1951, has responded to globalization, and has produced many excellent students, faculty and staff members. Finally, he expressed his sincere appreciation to the university for awarding him an Honorary Degree of Engineering.