A team of scientists has, for the first time, identified landfalls of tropical cyclones (TCs) in Japan for the period from 1877 to 2019; this knowledge will help prepare for future TC disasters. 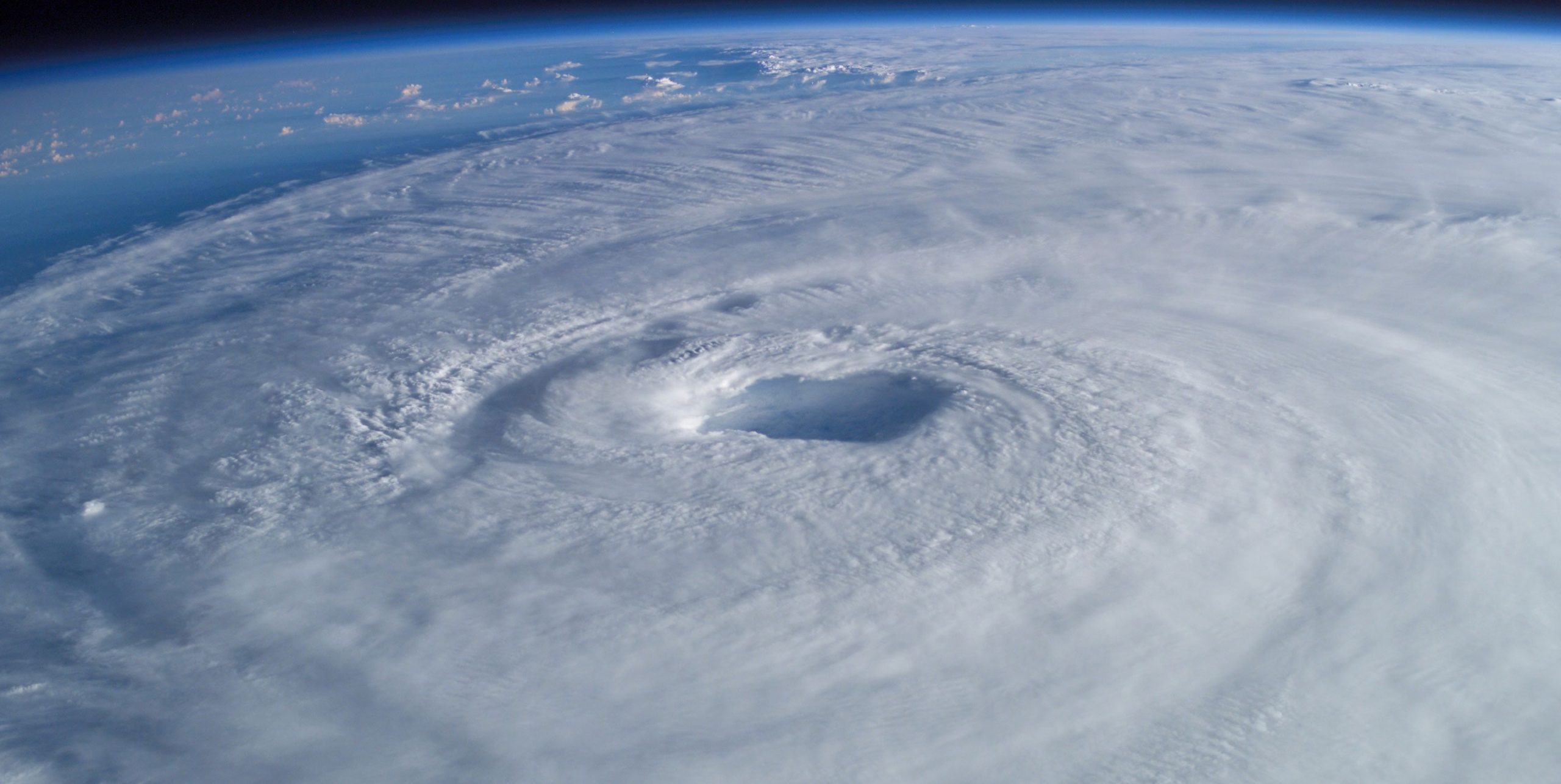 In recent years strong TCs have been making landfalls in Japan, such as Typhoon Jebi in 2018, which severely hit the Kinki region, and Typhoon Hagibis in 2019, which severely hit eastern Japan. While Japan has suffered from a number of TC impacts throughout its history, meteorological data for these events has been sparse.

The team, including Specially Appointed Associate Professor Hisayuki Kubota of the Faculty of Science, Hokkaido University, investigated TC activity over the western North Pacific and TC landfalls in Japan by analyzing a combination of TC tracking and meteorological data observed at weather stations and lighthouses, including rescued and recovered historical observations.

The team has collected and recovered TC track and landfall data and meteorological observations in the mid-19th century and later through an approach that rescues, collects and digitizes weather data across the world that has been stored away and often forgotten. To give the data useful consistency, the team developed a new, unified definition for TCs, based on minimum pressure. 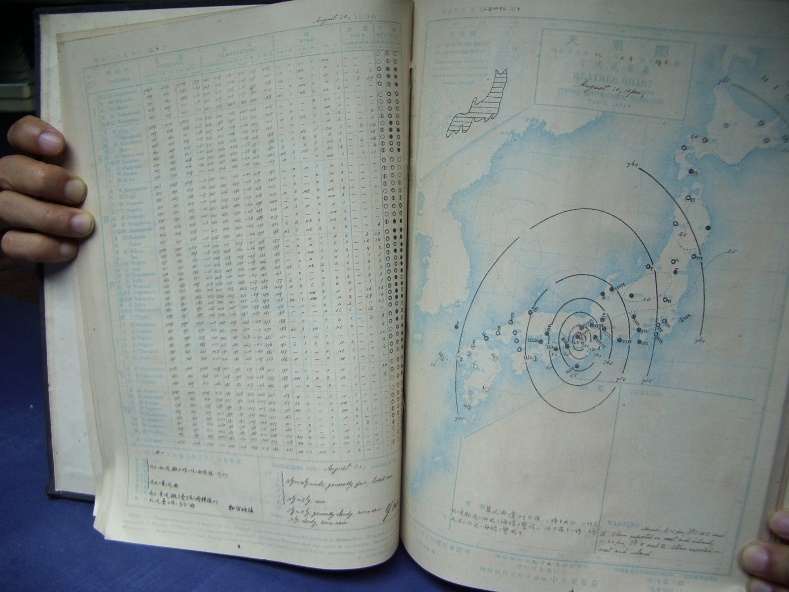 Photo of a weather map when a typhoon hit Japan on 30 August 1896. Now archived in the Taiwan Central Weather Bureau (Photo: Hisayuki Kubota).

According to their analysis, TC landfall locations tend to shift to the northeast and then southwest regions of Japan at roughly 100-year intervals. The analysis also shows that annual TC landfall numbers and their intensities have been increasing in recent years, while noting that these increases may be part of an oscillated fluctuation operating on interdecadal time scales. 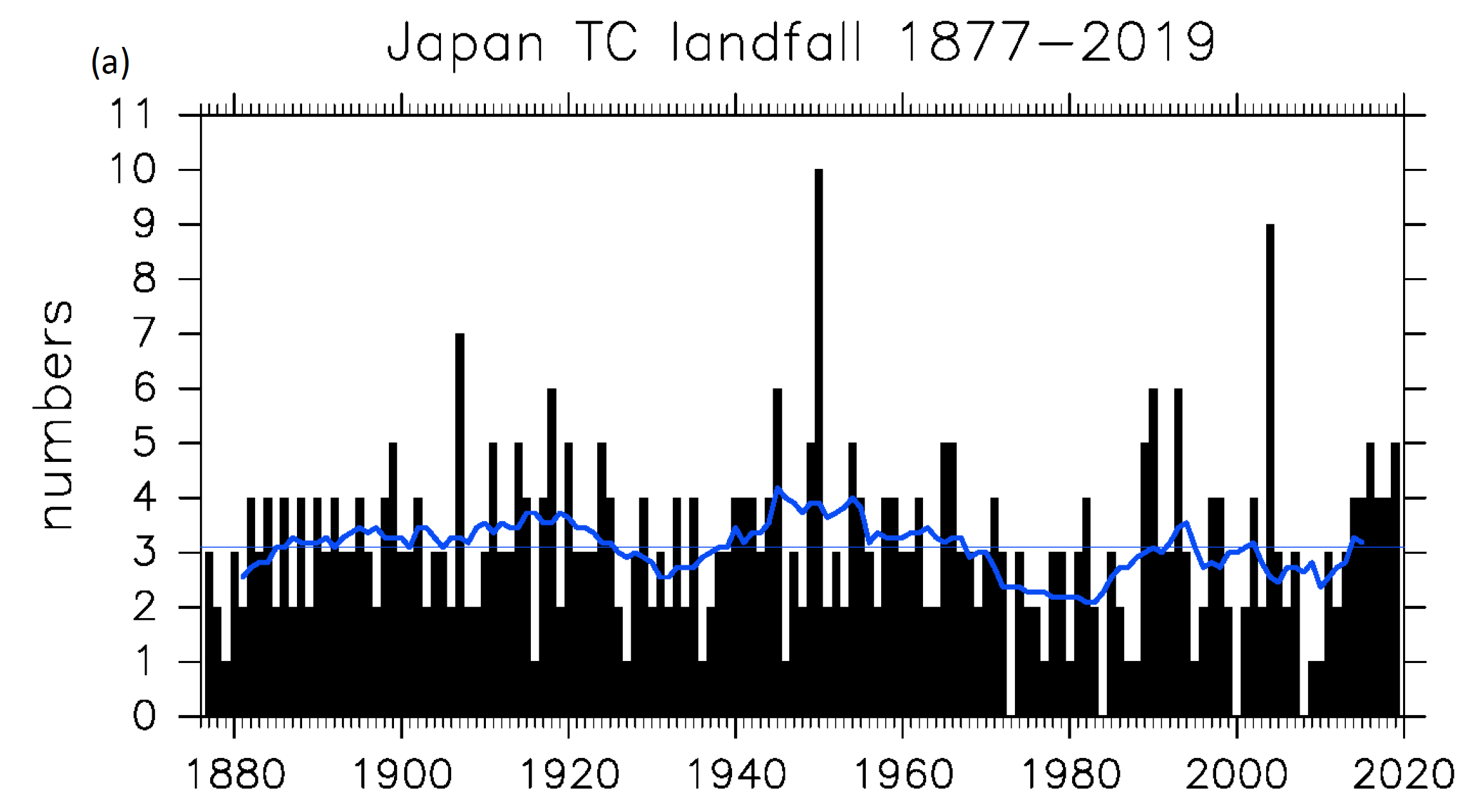 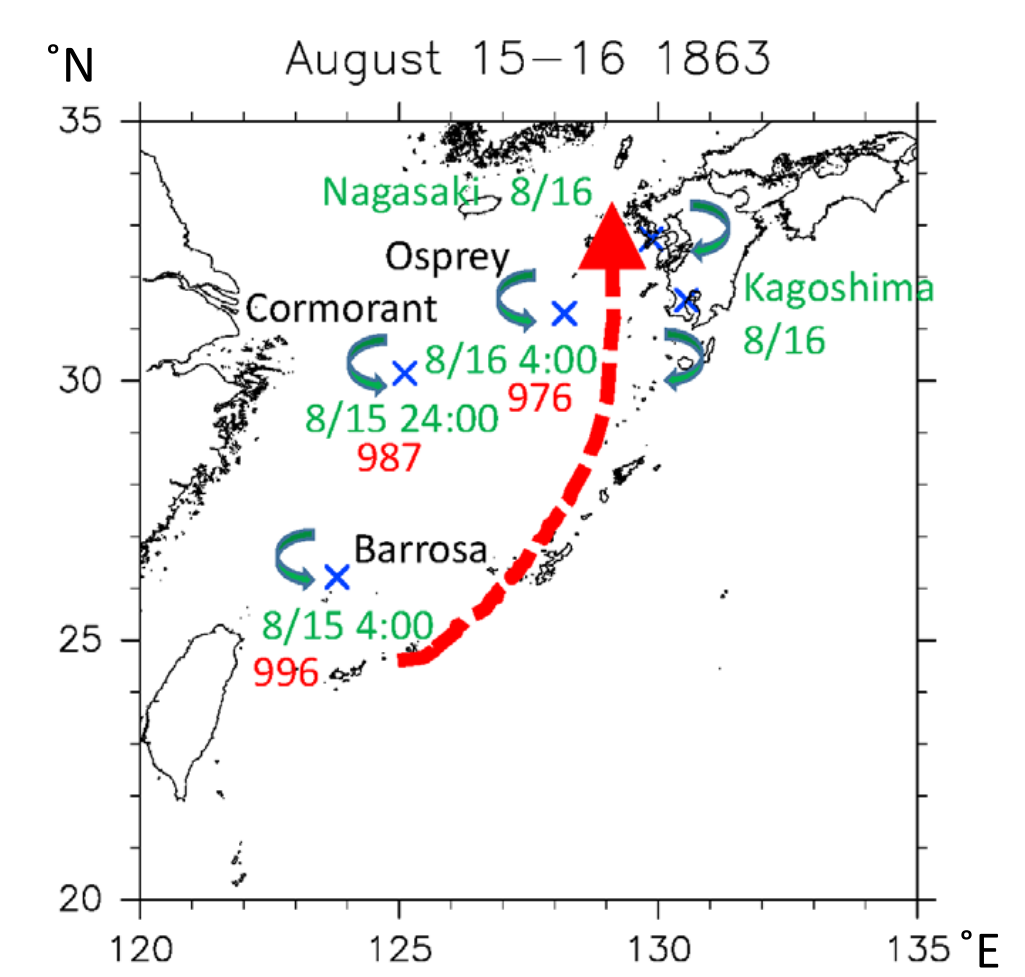 The results of the study show for the first time the usefulness of such marine data in identifying weather patterns after the mid-19th century in Asia, where there is much less meteorological data for that time period compared with Western countries. “It is projected that stronger TCs will hit Japan in the future due to global warming. The long-term data from our research is indispensable for knowing the variabilities of TC activities in the past and to prepare for future TCs,” says Hisayuki Kubota.

Newton Fund, which is managed by the UK Department for Business, Energy and Industrial Strategy (BEIS), under its CSSP China and WCSSP South Africa projects; and the EU Copernicus C3S Data Rescue Service.