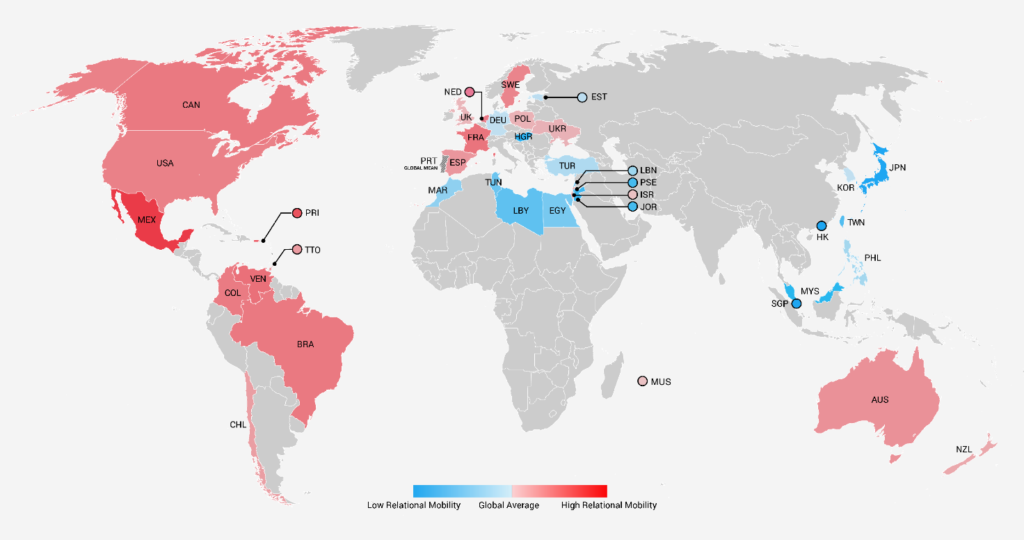 Countries and regions in red reported higher levels of relational mobility, while those in blue reported lower levels. (Thomson R. et al., Proceedings of the National Academy of Sciences of the United States of America, June 25, 2018)

A large-scale analysis has suggested it’s easier for people to form and replace relationships in North America, Europe and Latin America, compared to Asia and the Middle East, what causes these differences, and how they may influence people’s thoughts and behavior.

Researchers from Hokkaido University in Japan and 25 collaborating universities and organizations worldwide have reported how much freedom and choice people from 39 different countries and regions have in their interpersonal relationships. Researchers used advertisements placed on Facebook to recruit nearly 17,000 people to a poll in order to assign each country a “relational mobility” ranking from high to low. Countries with the highest relational mobility were found to be in North and South America, Europe, and Australasia (Australia and New Zealand), while those with the lowest were concentrated in the Middle East and Asia.

To investigate what may have caused the differences in relational mobility, researchers analyzed respondents’ answers using several different metrics, including societal threats and subsistence style. Findings indicate that regions of the world that suffer less from man-made and natural threats (war, disease, natural disasters, etc.) have a higher relational mobility score than those that suffer from these threats more frequently. This is thought to be because disasters force people to become more co-dependent on others for survival. For the same reason, traditional herding cultures were seen to have a higher relative mobility than rice-cultivating cultures, as the former is a highly nomadic and individualistic activity and the latter an intensive collectivistic one, requiring close coordination between people. 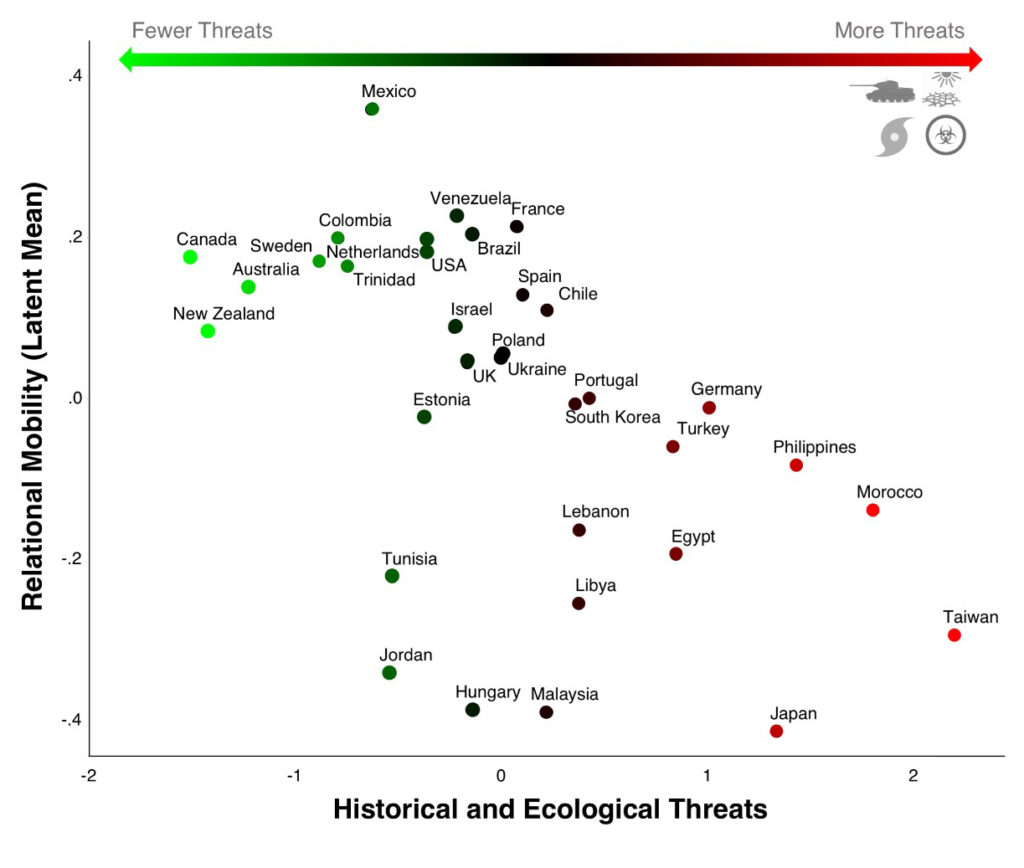 Relational mobility is lower in countries and regions that faced higher historical threats, such as natural disasters, disease, greater pressure on resources, and more territorial threats. (Thomson R. et al., Proceedings of the National Academy of Sciences of the United States of America, June 25, 2018) 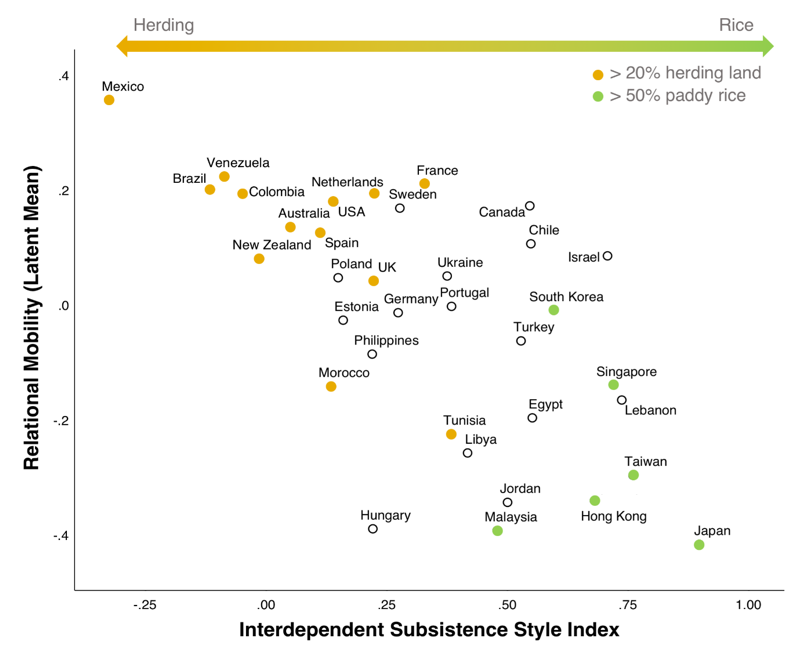 “Some findings were unexpected, particularly in light of traditional cultural theories,” says Hokkaido University Professor Masaki Yuki, the principal investigator of the project. “Data from Latin America was surprising. Latin American societies are typically said to be collectivistic in the social sciences, but a high level of relational mobility found in the data suggests that Latin American societies may be more individualistic than is traditionally thought. While this study may provide some insight, many more studies are needed to better understand how humans structure their society and interpersonal relationships, and how the society in turn shapes our thinking and behavior.” 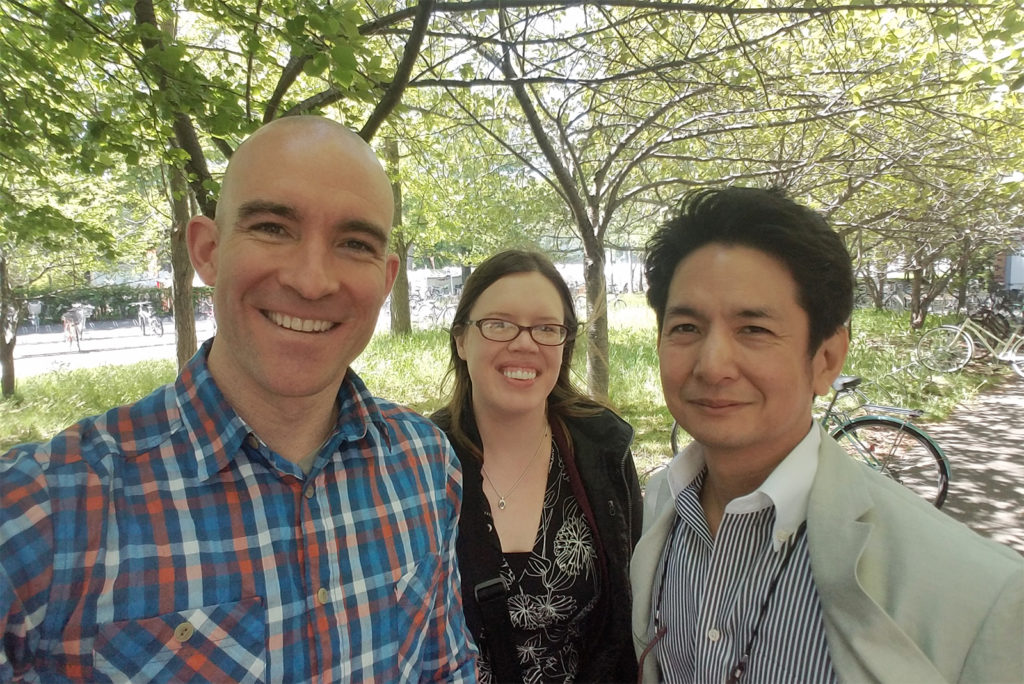 Thomson R. et al., Relational mobility predicts social behaviors in 39 countries and is tied to historical farming and threat. Proceedings of the National Academy of Sciences of the United States of America, June 25, 2018.

This study was supported by the Japan Society for the Promotion of Science (JSPS) KAKENHI (15H03445).