A team of scientists from Hokkaido University has suggested that marimo maintain their characteristic spherical shape due to the rarity of the formation of reproductive cells. 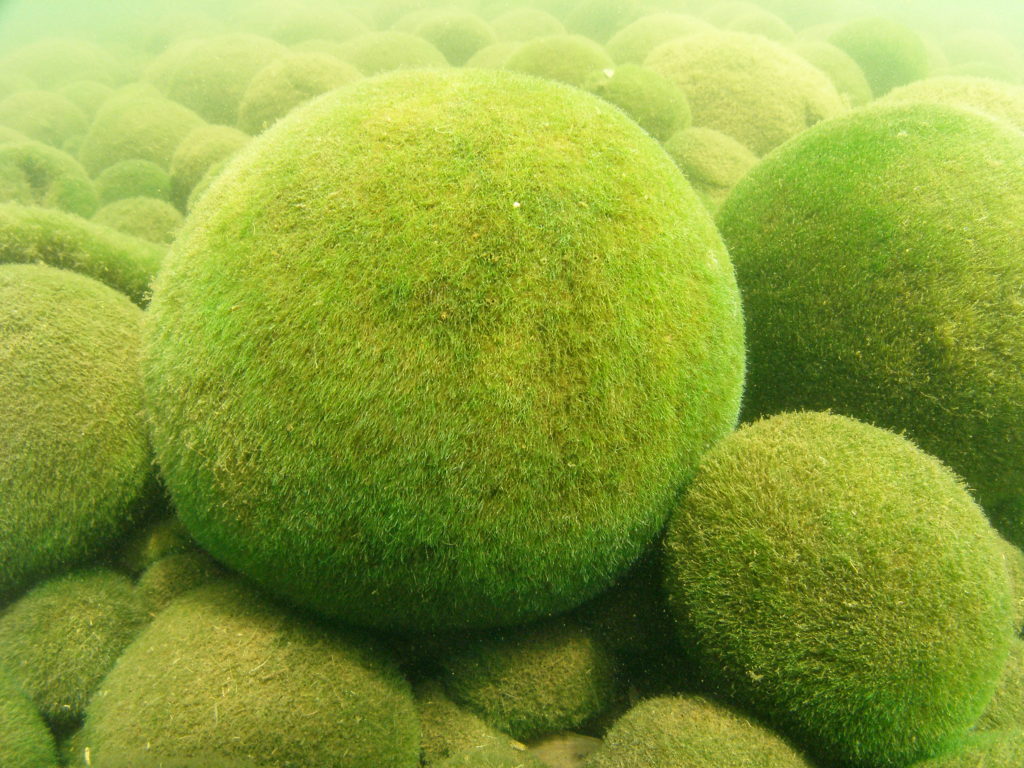 The marimo is the aggregative form of the freshwater alga Aegagropila linnaei. In Japan, Lake Akan in Hokkaido is the best known habitat of the marimo. It is so emblematic of the lake and surrounding region that it has been designated as a special national monument. However, due to decades of deforestation and pollution, the marimo populations in Lake Akan have steeply dropped and have not recovered, despite a number of protective measures.

In the current study, Professor Isamu Wakana and Professor Masashi Ohara of Hokkaido University have discovered that A. linnaei rarely produces its reproductive cells, called zoospores, suggesting that such rarity contributes to the formation of the characteristic spherical appearance of marimo. Their findings, published in the journal Aquatic Botany, contribute to the ongoing efforts to understand the reproduction of the marimo and, hence, its conservation.

A. linnaei is a filamentous alga commonly found in two forms: free-floating and epilithic (attached to rocks); the extremely rare third form, spherical aggregates called marimo, is known from only two locations in the world: Lake Akan, Japan, and Lake Myvatn, Iceland.  The means by which this alga transitions between the three forms is still under investigation. In this study, the scientists decided to investigate the reproductive behavior of the marimo and examine if it had any relation to the forms of A. linnaei. 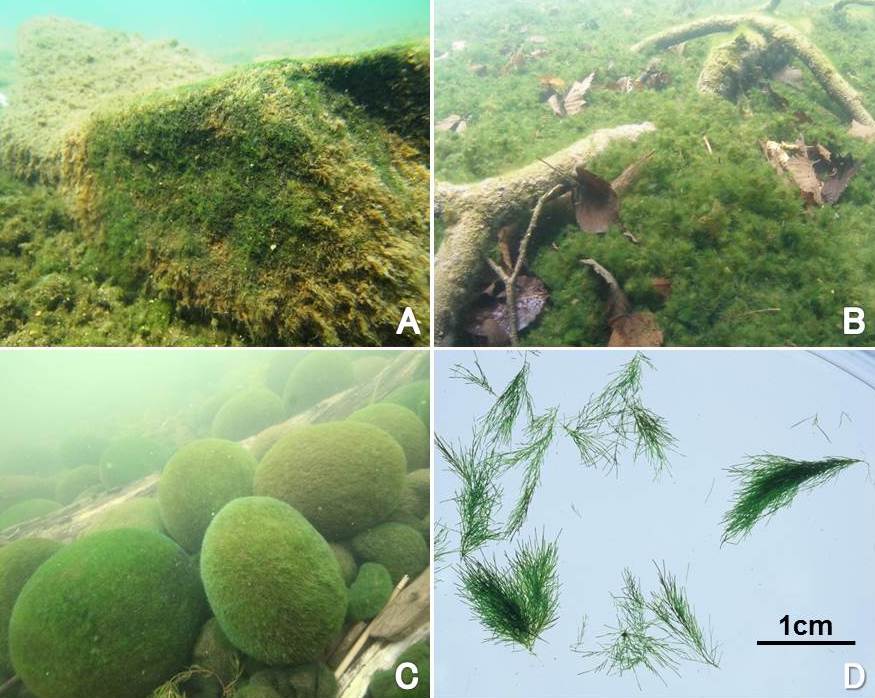 All three forms of A. linnaei are found in Lake Akan. Between May and October in 2017 and 2018, the scientists sampled five different locations across the lake: Churui and Kinetanpe for aggregative forms, Takiguchi for free-floating forms, and Jyagaiwa and Shurikomabetsu for epilithic forms. The number of zoospores (the reproductive cells) from fifty filaments of each of the different forms were counted.

The formation of zoospores with four flagella (spores) was observed, for the first time, in epilithic and aggregate forms from mid-August to early-September. However, the level of formation was very low (maximum 1.3%), particularly in aggregative forms. Zoospore formation was not observed in the free-floating forms.

A. linnaei has been known to produce zoospores (with two flagella) very rarely under cultured condition, but the current study has verified that zoospore (with four flagella) formation occurs regularly in summer in the natural environment, albeit at a very low level. Since the formation of zoospore can lead to fragmentation of aggregates, the low percentages of produced zoospores appear to maintain the aggregative form, the marimo. This is a breakthrough in the understanding of the formation of marimo. However, this work was unable to verify the presence of zoospores with two flagella; confirming their formation and their role in the life cycle are vital.

Isamu Wakana is an acknowledged expert on the subject of marimo. He is currently a Technical Committee Member of the Kushiro International Wetland Centre, where his expertise is critical to the conservation of marimo in Lake Akan. 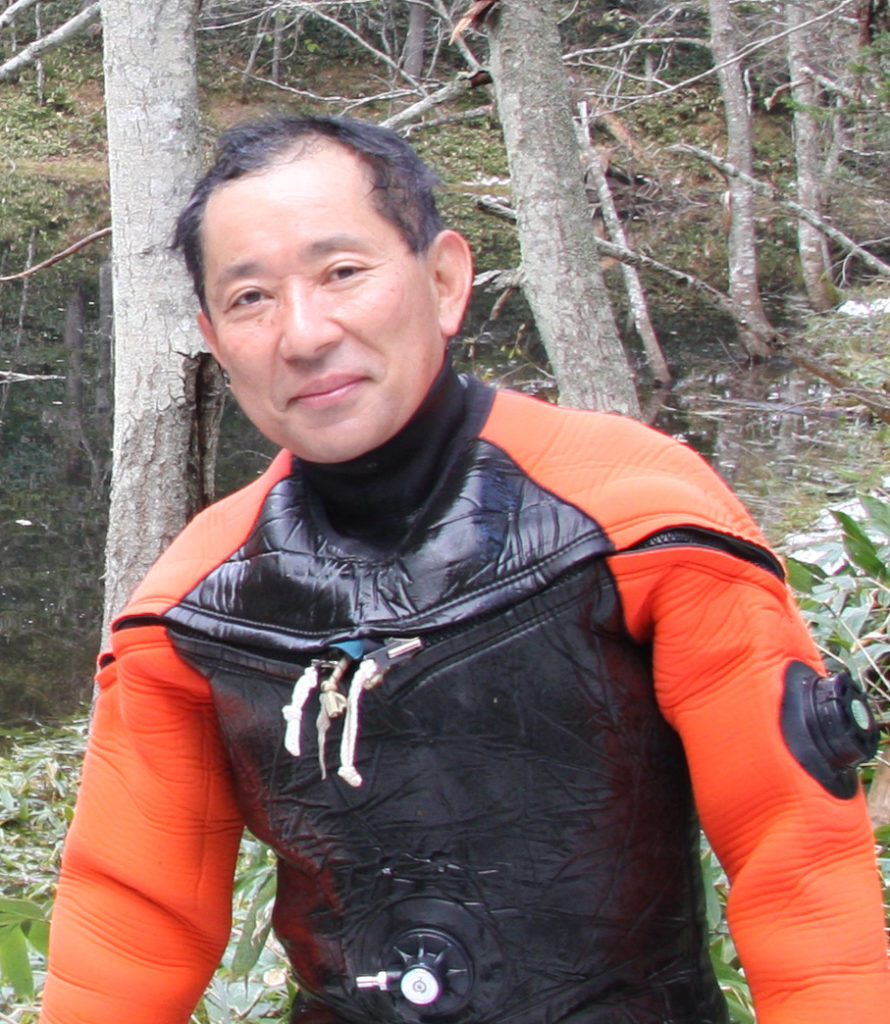 Isamu Wakana of Hokkaido University, one of the authors of the current study. (Photo: Isamu Wakana).