Researchers predicted when cholera epidemic in Yemen would peak 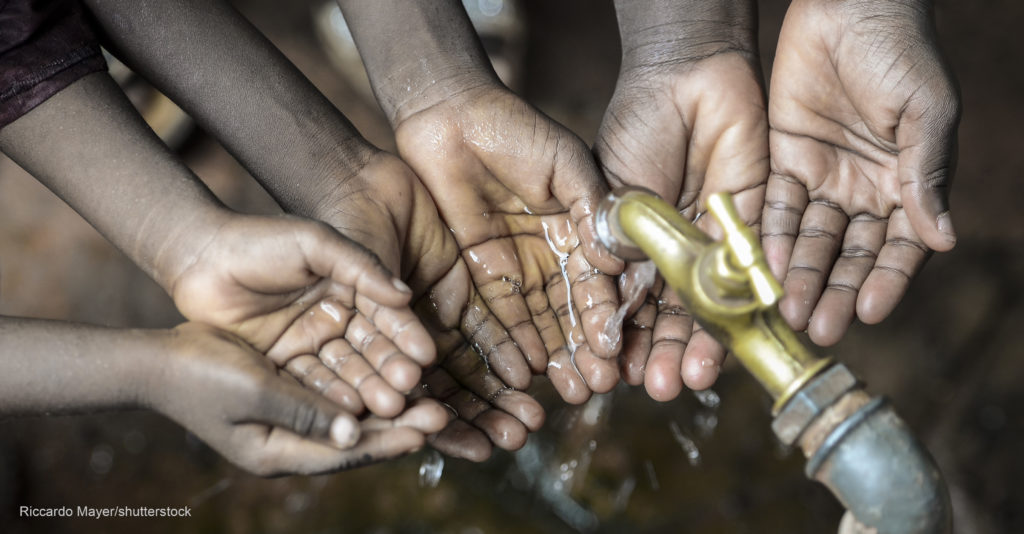 Hokkaido University scientists have developed a new mathematical model which accurately forecasted that a devastating cholera epidemic in Yemen would peak by early July, the 26th week of 2017 and the cumulative incidence would be the order of 700-800 thousand cases.

Cholera, which is caused by the bacterium Vibrio cholerae, infects the small intestine through water and food. Symptoms include diarrhea, abdominal cramps and dehydration. Yemen has been hit by one of the world’s worst cholera epidemics, in particular since April 2017. A total of 356,591 suspected cases were reported between April 27 and July 17, of which 1,802 people died.

Epidemiologic research has been conducted globally, using mathematical modeling to study transmission dynamics of major cholera epidemics, mostly with regard to the 2010 epidemic in Haiti. Many studies were conducted to study and evaluate measures to contain cholera epidemics, with most centering on how best to distribute limited resources. But virtually no real-time analyses of data from devastating outbreaks, like the one in Yemen, were conducted to frequently provide updated forecasts.

After the cholera outbreak in Yemen, the team compiled a real-time forecast based on weekly data collected by the World Health Organization (WHO) about suspected cases and fatalities between April 16 (16th week of 2017) and July 1 (26th week). The team incorporated reporting delays—time lags between the onset of the disease and the reporting of cases—in the mathematical model by analyzing the epidemic curve that was updated every week. It also discovered a method, through the study of weekly death rates, to adjust the ascertainment bias—the tendency that more cholera cases likely will be reported after many cases have already been reported rather than in the initial phase of the outbreak. Incorporated in the epidemic curve is a logistic curve or generalized logistic (Richards) curve. 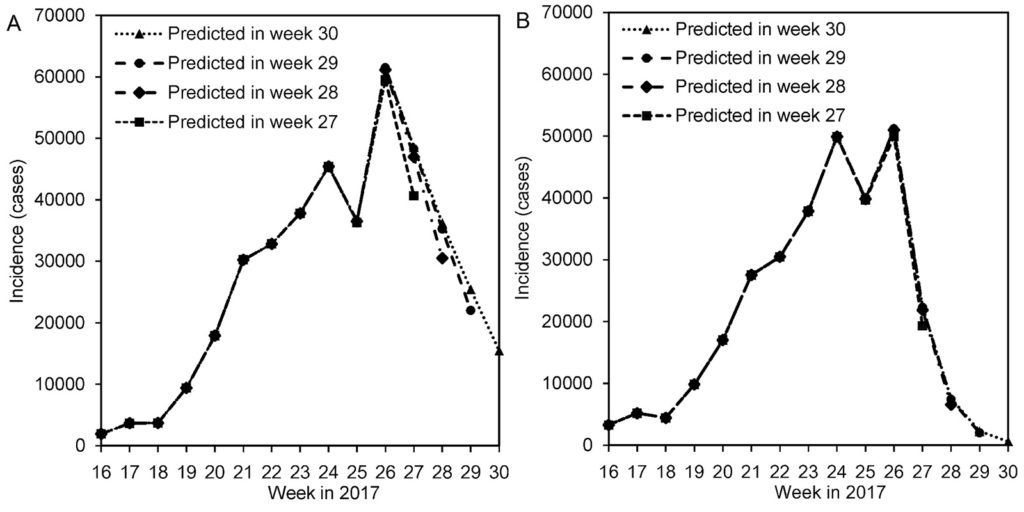 Predicted weekly reported incidence to be reported in week 27, 28, 29 and 30, 2017. A) Logistic model and B) Richards (generalized logistic) model. Parameter estimates of both models were obtained from the datasets from week 16 to 26. (Nishiura H., et al., Theoretical Biology and Medical Modeling, July 26, 2017)

The team estimated the cumulative cholera cases at the end of the epidemic would be 790,778 on the logistic model and 767,029 on the Richards model. The researchers estimated the epidemic curve would peak by the 26th week of 2017 and then drop monotonically in the subsequent weeks. The forecasted monotonic decline has been actually seen in WHO data by mid-August 2017.

“Our model succeeded in excluding two biases for the first time and the resulting forecast has been proven reliable so far. Real-time forecasting could assist enhancing situation awareness about the ongoing epidemic communication between experts and citizens while avoiding excessive pessimism, in addition to crafting future measures against cholera,” says Hiroshi Nishiura of the research team.