For the first time, scientists have succeeded in continuous monitoring of a subglacial discharge plume, providing a deeper understanding of the glacier-fjord environment. 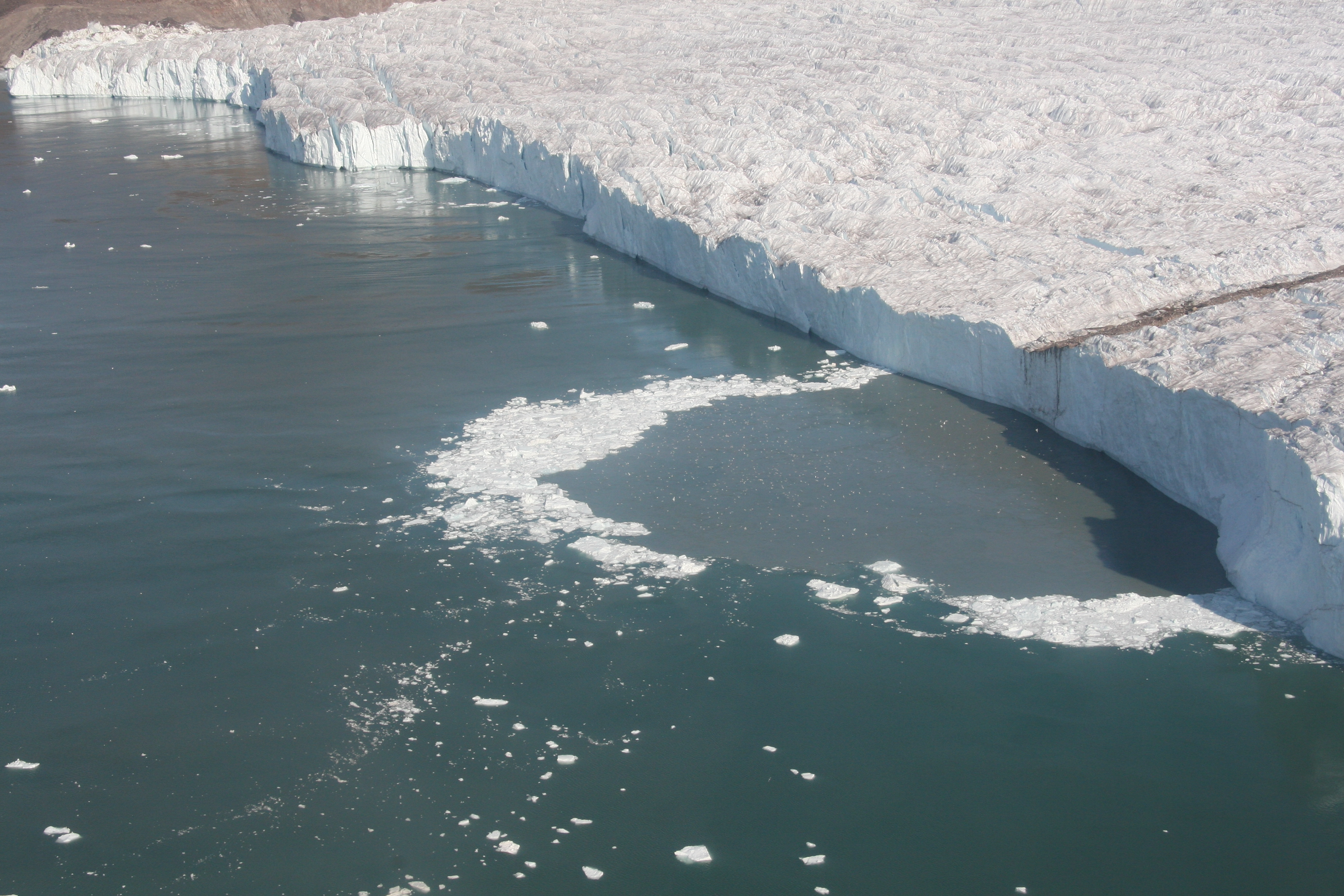 The studied subglacial discharge plume at the calving front of Bowdoin Glacier in Greenland in July 2015 (Photo: Evgeny A. Podolskiy).

As marine-terminating glaciers melt, the fresh water from the glacier interacts with the seawater to form subglacial discharge plumes, or convective water flows. These turbulent plumes are known to accelerate the melting and breakup (calving) of glaciers,  drive fjord-scale circulation and mixing, and create foraging hotspots for birds. Currently, the scientific understanding of the dynamics of subglacial plumes based on direct measurements is limited to isolated instances.

A team of scientists consisting of Hokkaido University’s Assistant Professor Evgeny A. Podolskiy and Professor Shin Sugiyama, and the University of Tokyo’s JSPS postdoctoral scholar Dr. Naoya Kanna have pioneered a method for direct and continuous monitoring of plume dynamics. Their findings were published by Springer-Nature in the journal Communications Earth & Environment.

Helicopter flight over the studied subglacial discharge plume at the calving front of Bowdoin Glacier in Greenland in July 2017 (Evgeny A. Podolskiy).

Freshwater and marine water have very different densities, due to the salts dissolved in marine water. As a result of this density contrast, when the meltwater – originating from the glacier surface – flows down the cracks and emerges at the base of the glacier, it starts upwelling causing the formation of subglacial plumes. The rising plume entrains nutrient-rich, warmer water from the deep that further melts the glacier ice. In light of the effects of global warming and climate change, which have caused a massive loss in the volume of glaciers, understanding how plumes behave and evolve is crucial for predicting both glacier retreat and fjord response.

The scientists conducted the most comprehensive plume monitoring campaign to date at Bowdoin Glacier (Kangerluarsuup Sermia), Greenland. It involved a chain of subsurface sensors recording oceanographic data directly at the calving front at different depths. Additional observations were made by time-lapse cameras, a seismometer, unmanned aerial vehicles, and etc. This high-temporal-resolution dataset was then subjected to a thorough analysis to identify connections, patterns, and trends. 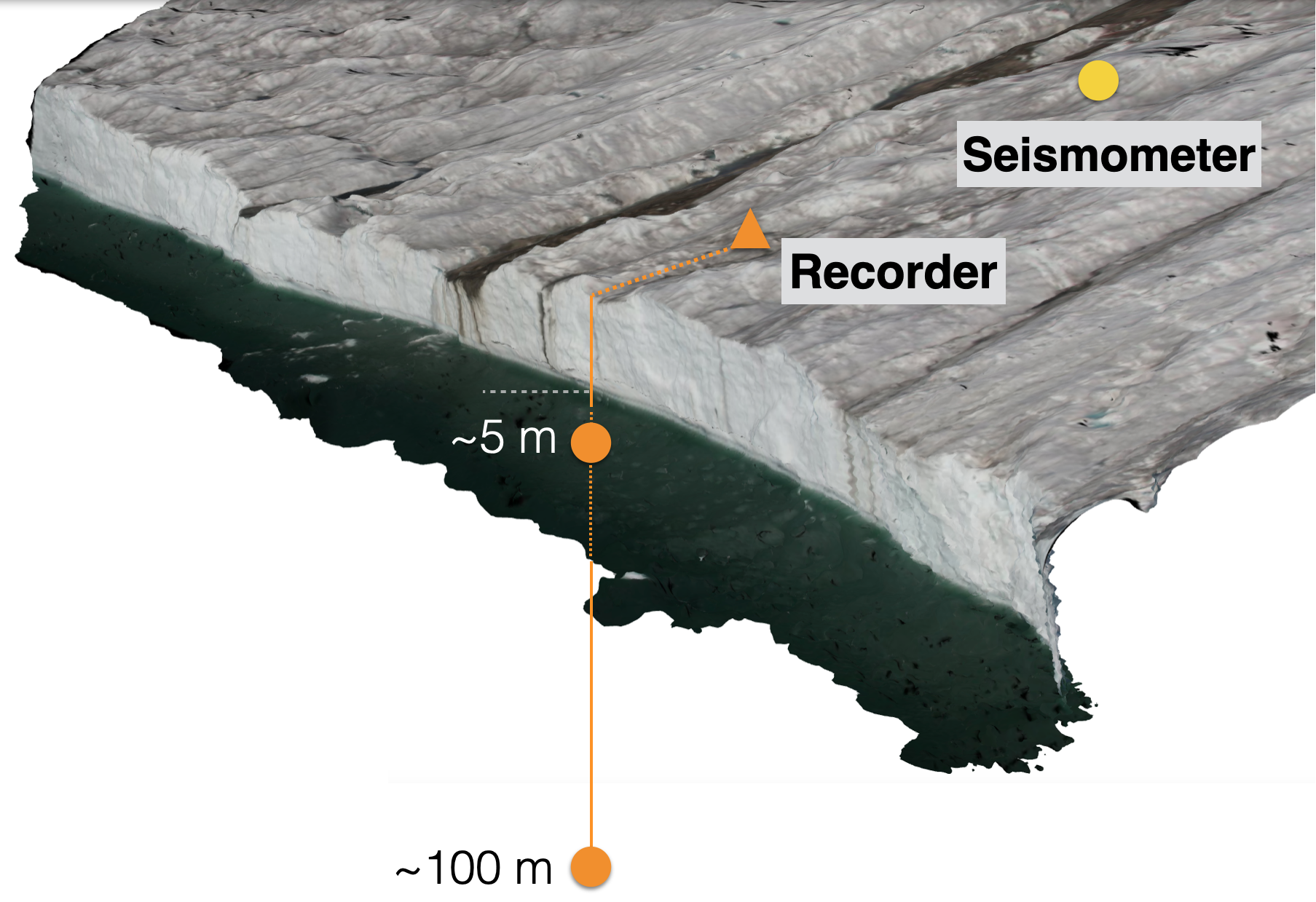 The model of the study site in July 2017, showing the positions of the sensors at different locations and depths (Evgeny A. Podolskiy).

The study reveals that the dynamics of the plume and glacier-fjord are far more complex than previously thought. It is intermittent in nature and influenced by a diversity of factors, such as sudden stratification changes and drainage of marginal lakes. For example, the scientists observed the abrupt subglacial drainage of an ice-dammed lake via the plume which had a pronounced impact on its dynamics and was accompanied by a seismic tremor several hours long. They also show that tides may influence the plumes, which have not been accounted for in previous studies of Greenlandic glaciers. Additionally, they suggest that the wind needs more attention as it may also affect the structure of the subglacial plumes.

From their results, the scientists conclude that their work is the first step enabling researchers to transition from a snapshot view of a plume to a continuously updated  image. The identified processes and their role in the glacier environments will have to be refined in future studies via modelling and new observations.

The lead author, Assistant Professor Evgeny A. Podolskiy, is a geoscientist at Hokkaido University’s Arctic Research Center whose research focuses on the Cryosphere. Most recently, he has been interested in passive seismo-acoustic monitoring of glacier and ocean phenomena, such as icequakes and whale vocalizations. 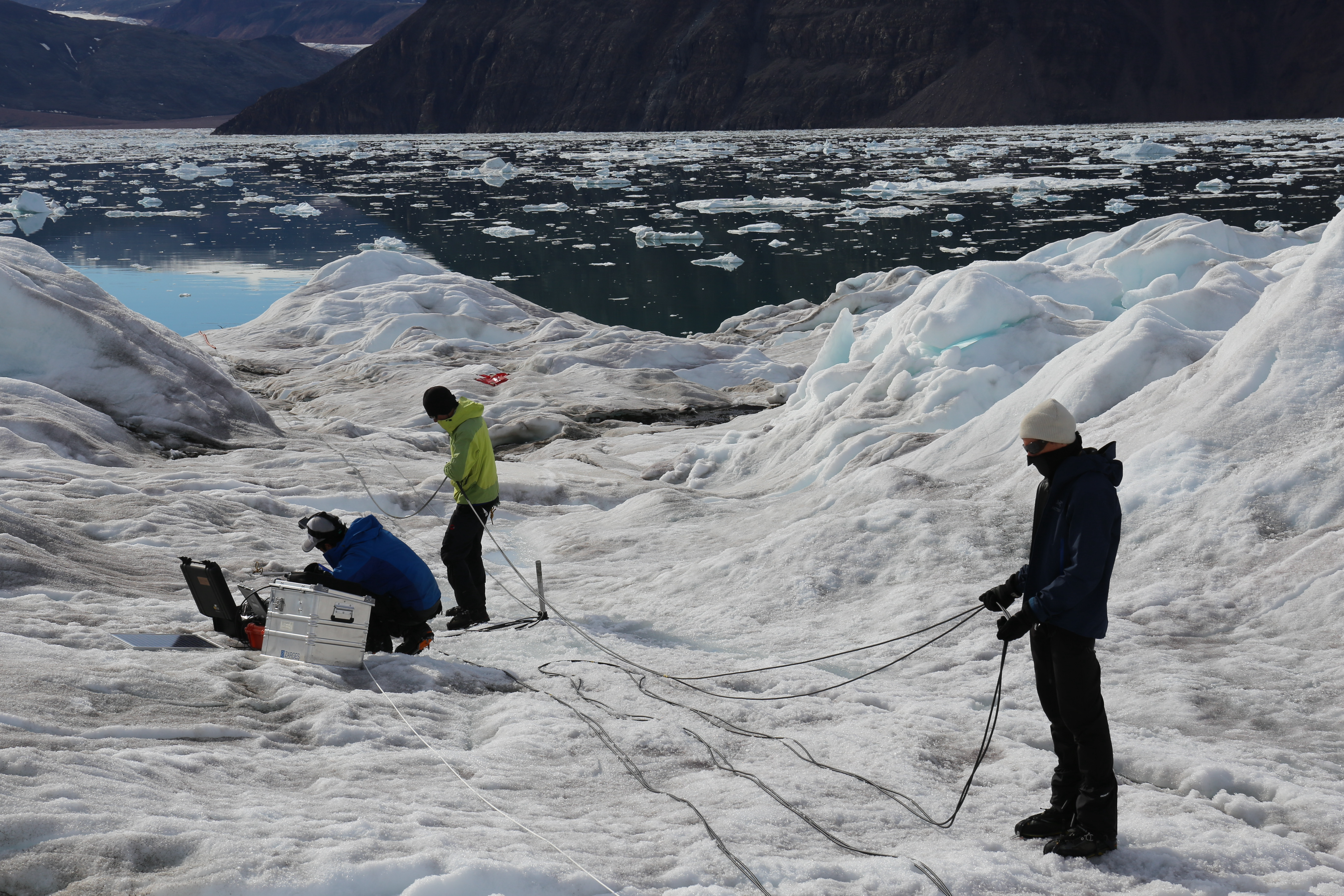 This work was supported by the Ministry of Education, Culture, Sports, Science and Technology of Japan (MEXT) Arctic Challenge for Sustainability research projects (ArCS, JPMXD1300000000 and ArCSII, JPMXD1420318865, respectively), J-ARC Net, and the Japan Society for the Promotion of Science (JSPS) Grants-in-Aid for Scientific Research “KAKENHI” (18K18175).