TNBC is a type of breast cancer characterized by the absence of any of the three typical cell surface receptors seen in other breast cancer types. TNBC accounts for 15 – 20% of all breast cancers; it is highly aggressive, and has a poor prognosis and a high relapse rate. Most troublingly, a large proportion of TNBC tumors develop resistance to chemotherapy.

A team of researchers from the Institute for Genetic Medicine (IGM) at Hokkaido University has identified a relationship between a cell signaling protein called interleukin 34 (IL-34) and the development of immunosuppression and chemoresistant in TNBC tumors. Their results, which identify a novel treatment target for TNBC, were published in the journal Cancer Immunology, Immunotherapy.

Prior work by the research team had demonstrated that IL-34 was an independent factor for poor prognosis in TNBC. The team decided to investigate the role of IL-34 in detail to determine how it induces poor prognosis in TNBC. For this purpose, they used an IL-34-expressing TNBC cell line, from which they established an IL-34-deficient cell line. They inoculated mice with these cell lines and compared the immune cell populations that infiltrated their tumors.

They found that IL-34 is key to modulating the balance between two myeloid-derived suppressor cell (MDSC) populations. Specifically, within the tumor microenvironment, IL-34 caused a sharp increase in the population of monocytic-MDSCs (M-MDSCs) and a decrease in polymorphonuclear-MDSCs (PMN-MDSCs). M-MDSCs are especially important as they themselves have strong immunosuppressive effects and also differentiate into tumor-associated macrophages, which suppress the anti-tumor immune response. Meanwhile, PMN-MDSCs have low immunosuppressive activity and powerful angiogenic ability. Based on these backgrounds, they hypothesized that the interaction between IL-34 and MDSCs is responsible for the chemoresistance in TNBC tumors. 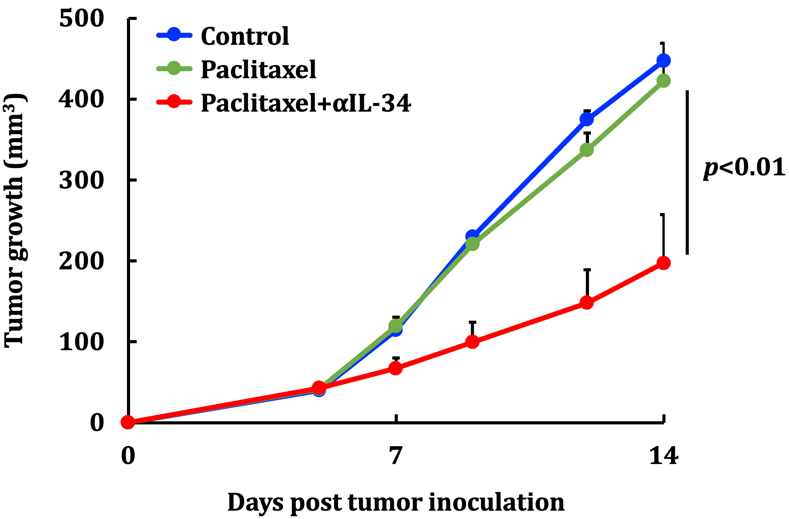 They showed that a drug that neutralizes IL-34 reduces the growth rate of IL-34-expressing tumors and makes them susceptible to the chemotherapeutic drug paclitaxel, a standard treatment for TNBC. In particular, the IL-34–MDSC interaction causes chemoresistance by tilting the tumor interior towards an immunosuppressive condition and, at the same time, inhibiting angiogenesis, preventing chemotherapeutic agents from reaching the whole tumor. Finally, they analyzed human data from The Cancer Genome Atlas (TCGA) and found a positive correlation between IL-34 and M-MDSCs and a negative correlation between IL-34 and PMN-MDSCs in TNBC tumors—showing that the results from mice models could be applied to humans.

“Our data demonstrated that the combination therapy of IL-34 blockade and chemotherapeutic agents was very effective and could be clinically significant.” says first author Nabeel Kajihara. 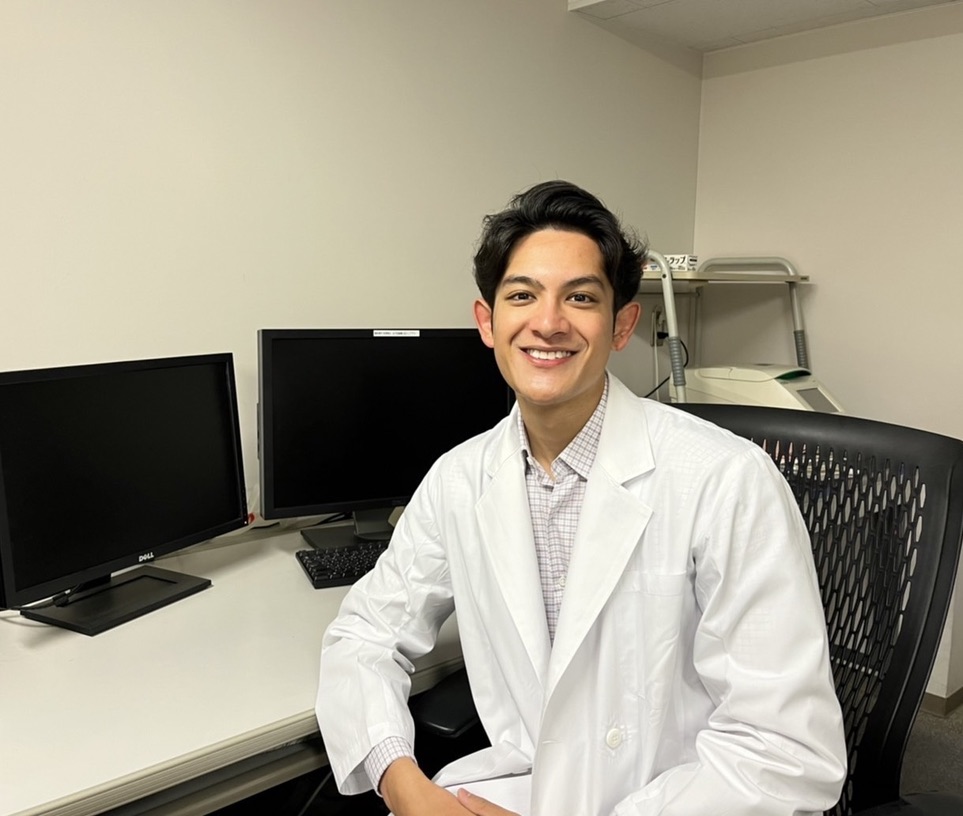 This work was supported by the Japan Agency for Medical Research and Development (AMED; Practical Research for Innovative Cancer Control); the Photo-excitonix Project, the project of junior scientist promotion in Hokkaido University; the Japan Science and Technology Agency (JST) SPRING (JPMJSP211); and the Japan Society for the Promotion of Science (JSPS) KAKENHI (22J21076).