Small sulfate particles of diameters 0.4 µm or less from anthropogenic sources could have had a cooling effect on the climate in the 1970s, by triggering cloud formation and reflection radiation. 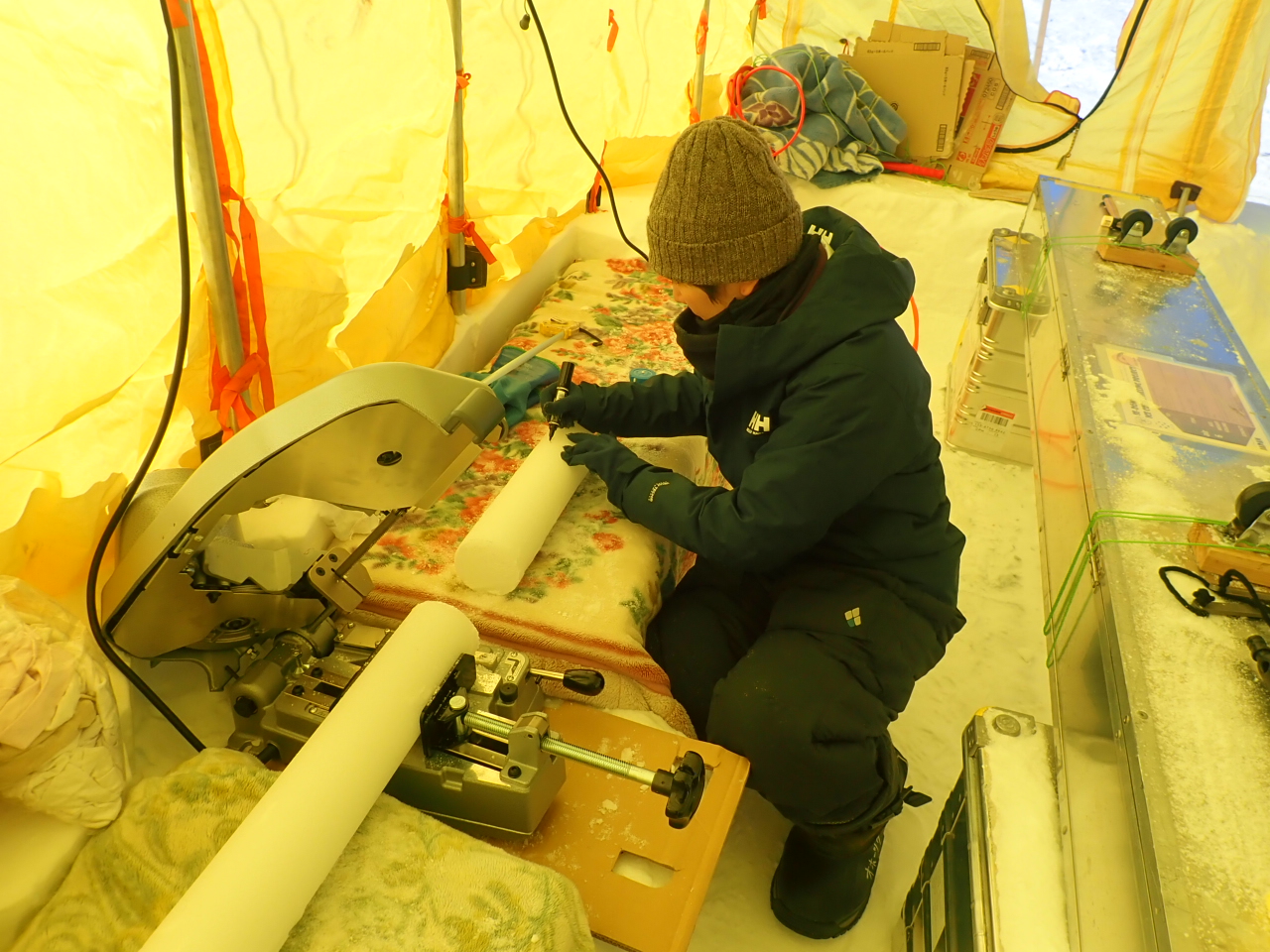 Processing the ice core used in the study in Greenland, shortly after its collection (Photo: Yoshinori Iizuka).

Global warming and climate change are one of the most pressing issues of this century. It is well known that carbon dioxide is the most common greenhouse gas, but what is less known is that a few anthropogenic aerosols retard the effects of greenhouse gases. One such chemical is sulfate, which is more infamous for its role in acid rain.

A team of scientists led by Professor Yoshinori Iizuka at the Institute of Low Temperature Science, Hokkaido University, has succeeded in reconstructing the particle sizes of sulfates deposited in Greenland ice cores, allowing for an accurate determination of their effect on global warming. Their findings have been published in the Journal of Geophysical Research: Atmospheres. The research team included Ryu Uemura, Nagoya University; Naga Oshima, Japan Meteorological Agency; and Shohei Hattori, Nanjing University.

Sulfates are the main components of acid rain and of pollution that negatively affects human health. Nevertheless, it is known that sulfate particles have a cooling effect in the atmosphere, counteracting the effects of carbon dioxide and other greenhouse gases. However, due to the lack of accurate records, it is difficult to determine the extent of this cooling effect. 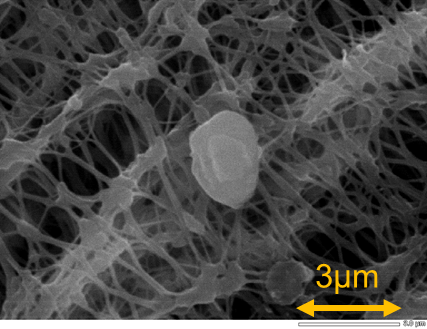 The research team investigated the deposition of sulfate aerosol particles in ice cores from Greenland. They compared samples from 1973–1975 and 2010–2012. They revealed that sulfate aerosols in 1973–1975 were dominated by small-particle sulfates—smaller than 0.4 µm—at concentrations three times higher than those in 2010–2012. In contrast, there is no significant difference in concentrations of large-particle sulfates between the two periods. The small-particle sulfates would have had a larger cooling effect due to their ability to scatter more radiation than the large-particle sulfates. In addition, sulfate particles act as cloud condensation nuclei, which lead to the formation of clouds that reflect radiation away from the earth, cooling it.

The team has thus shown that there was a much higher concentration of small particle sulfates in the 1970s than previously assumed, thereby inducing significant counteraction of the effects of global warming.  Currently, global warming has already caused an increase in emissions of marine biogenic sulfates. These emissions must be taken into account when modeling climate change, to understand their future effects. 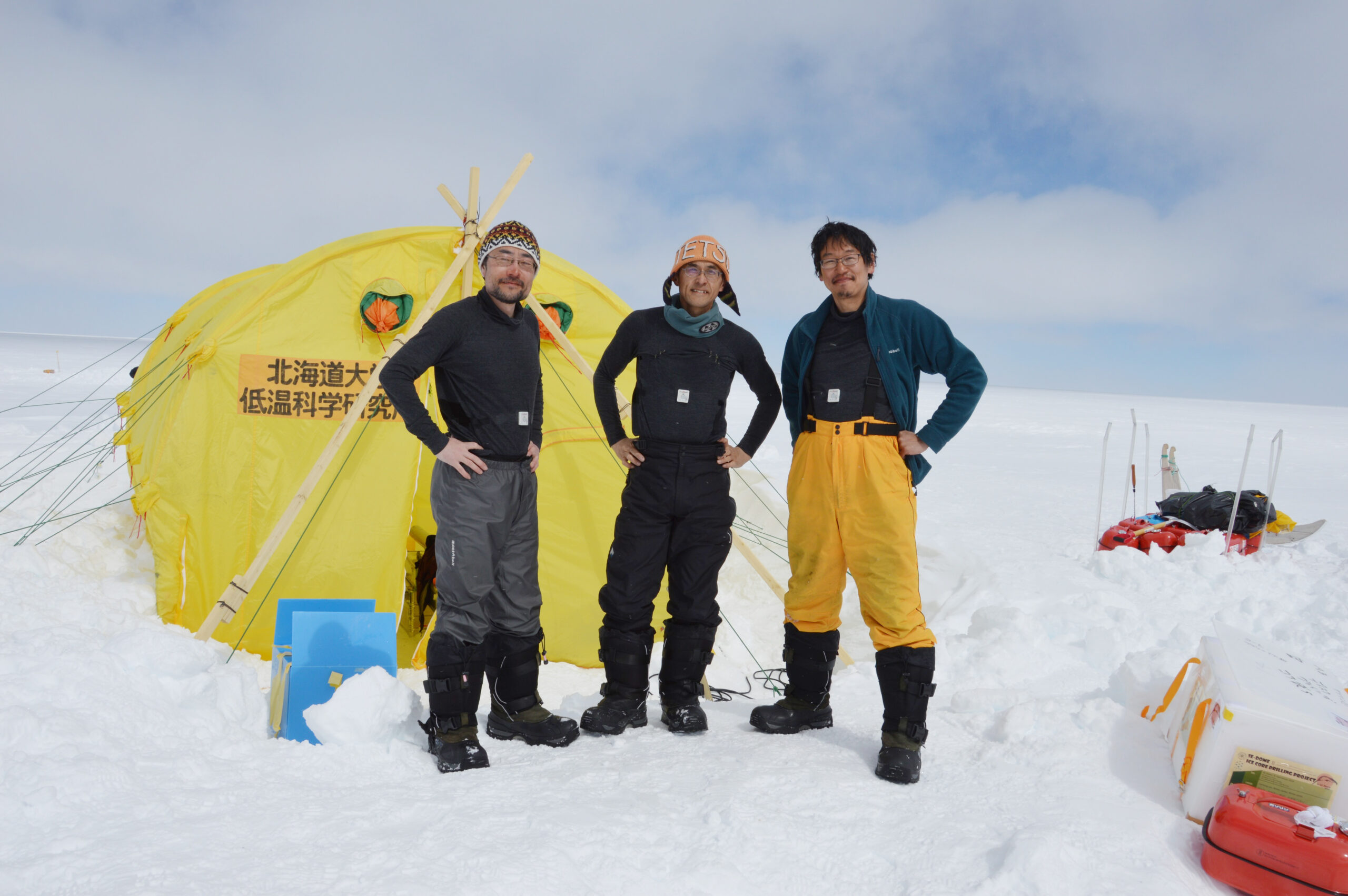 This research was supported by grants from the Japan Society for the Promotion of Science (JSPS) KAKENHI (JP18H05292, JP26257201, JP17H04709, JP18H03363, JP20H04305, JP16H05884); and the Joint Research Program and the Readership program of the Institute of Low Temperature Science, Hokkaido University. This study was a part of Arctic Challenge for Sustainability II (ArCS II; JPMXD1420318865); the Environment Research and Technology Development Fund (JPMEERF20202003; JPMEERF20205001) of the Environmental Restoration and Conservation Agency of Japan; and the Global Environmental Research Coordination System from the Ministry of the Environment, Japan (MLIT1753).

School of Earth Sciences and Engineering