The UN Security Council is endowed with unique legally binding powers under the UN Charter which no other international institution can approximate.

How has the Councils’s practice evolved since the end of the Cold War?

Malone’s remarks will unfold under three main headings after a brief introduction.

Professor David Malone, born in Canada in 1954, has been named the rector of the United Nations University since March 2013.

He has written many books and articles on themes such as Iraq, the UN’s tortured history in Haiti, unilateralism in American foreign policy and the working of the UN Security Council. 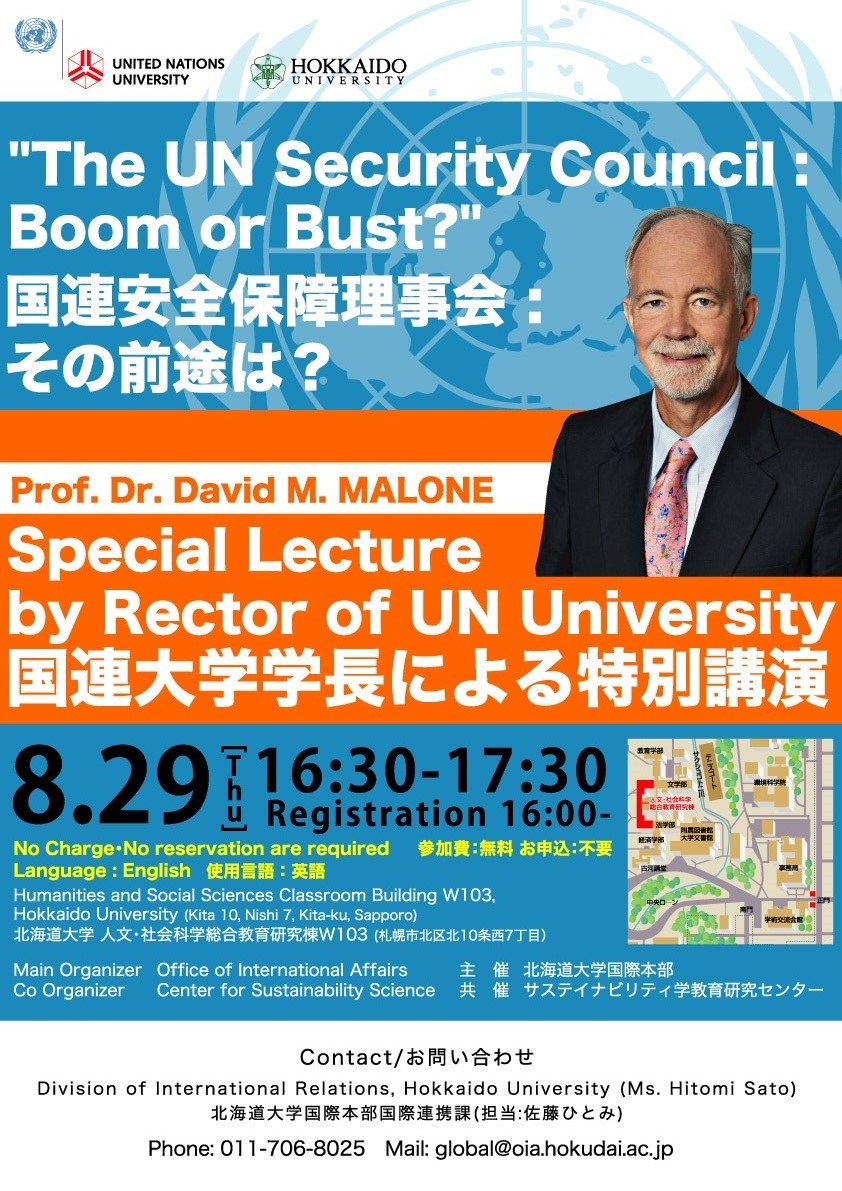