Spotlight on Research #18: The difficulties with predicting Armageddon 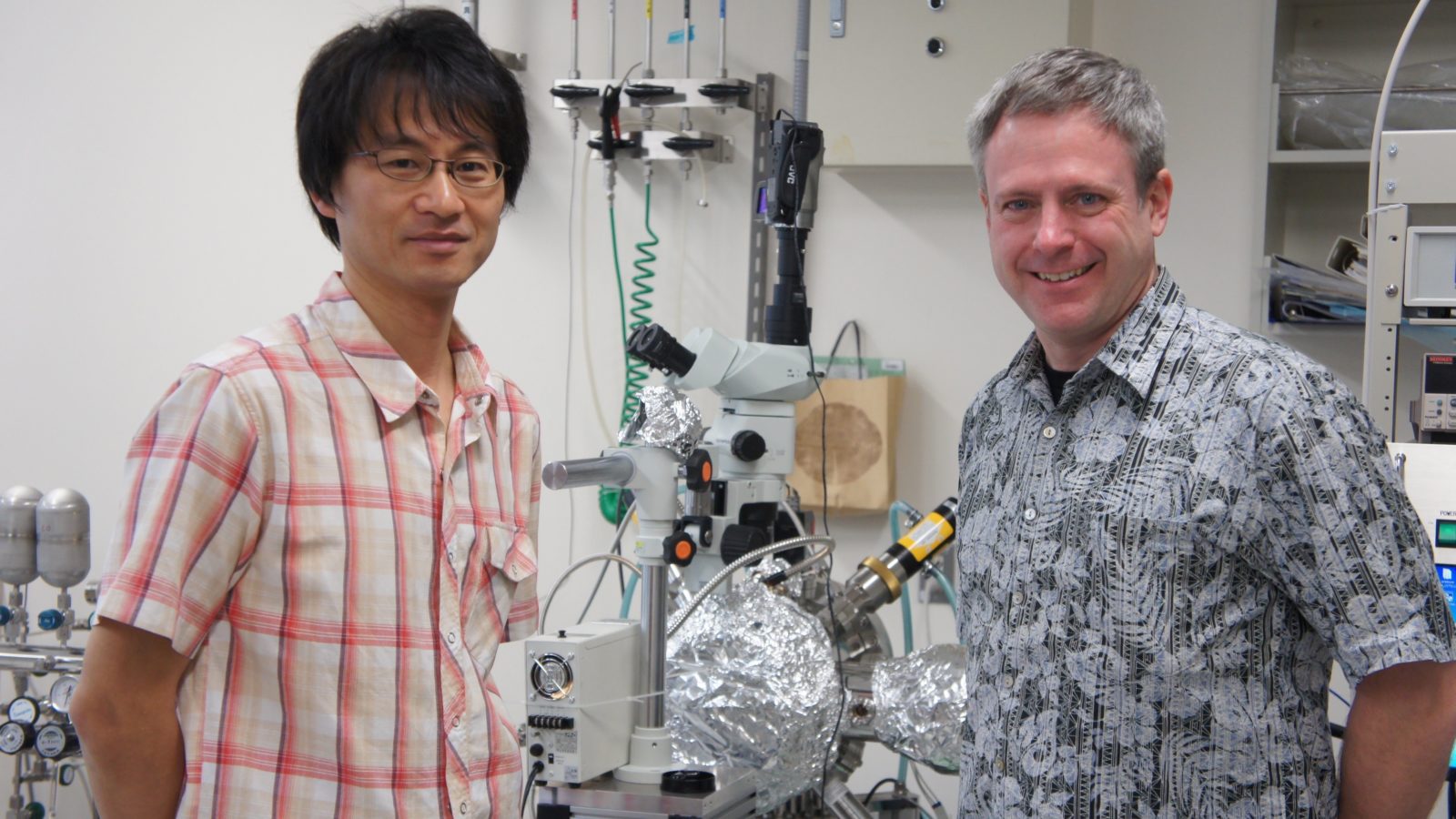 In February of 2013, the science community’s eyes were glued to the sky. They were watching for asteroid Duende, a 30m lump of rock that was due to skim past our planet in a record close approach for an object of its size.

And while everyone stared skywards in one direction, another rock shot in from behind and exploded above Russia.

“People were due to be on TV the next morning talking about Duende’s flyby!” asteroid specialist, Professor Harold Connolly, told the crowd gathered for the Faculty of Science’s 8th public Sci-Tech talk. “I happened to be in Honolulu when it happened. A friend of mine told me and I didn’t believe him at first!”

The new asteroid fell to Earth to become the Chelyabinsk meteorite, a sizeable piece of space rock around 20m in diameter. Its explosion caused damage to 7,200 buildings in six neighbouring cities and 1,500 people sustain injuries needing hospital treatment. In its wake, the world had one question:

Why didn’t we see this coming?

The problem, Harold explains, is that we just do not understand enough about asteroids.

The majority of asteroids are found in the asteroid belt; a collection of rocks that orbit the sun just beyond Mars. If disturbed from this comfortably distant location, these rocks can move towards Earth to become ’Near Earth Asteroids’. Most Near Earth Asteroids are like Duende, and do not pose any danger. They cross our planet’s path but do not approach close enough to be dragged into a collision by our gravity. However, a few asteroids crash land as meteorites and the bigger they are, the bigger the threat. Nobody can forget the dinosaurs.

There are two main reasons that an asteroid might exit the asteroid belt and approach the Earth. The first is a collision between two asteroids. Like a car accident, such an interaction may send one or both asteroids spinning away into other parts of the Solar System. When this happens is determined by the asteroids’ current speed and direction, which can often be measured from Earth. Yet there is a second stranger reason for asteroid exit, and that is sunlight. 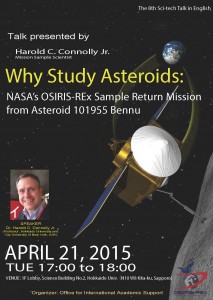 Put any object outside on a sunny day and it will become hot. This means that it has absorbed the sun’s energy and then emitted it again as heat. Like the Earth, asteroids rotate so that they have a day and night time corresponding to opposite sides facing the sun. When bathed in sunlight, the day side rock absorbs the sun’s energy and begins to heat. Since it takes time for the rock to become warm, there is a delay before its heat energy is emitted back into space. During this interval, the asteroid rotates, causing the emitted energy to be sent out in a different direction to the absorbed sunlight. This gives the rock a push in what is known as the ‘Yarkovsky Effect’.

While the Yarkovsky Effect occurs on Earth, the force is too tiny to make any difference to our motion. Even on an asteroid the effect is not large, but over millions of years, it can change the asteroid’s course.

The direction and strength of this sunlight push depends on the type of rock that makes up the asteroid and its shape. Some materials heat and cool quickly, while the topology of the asteroid may see part of the surface permanently in shadow. This is where we run into problems: we do not know what asteroids are really like. We therefore know that events like the Yarkovsky Effect are at work, but we do not know how they will change the asteroid’s future.

Fragments of asteroids do come to Earth as meteorites. Unfortunately, there is no easy way to match meteorite types to an observed asteroid still in space. Moreover, meteorites are small pieces and reveal little about the structure of their parent rock.

There is one exception to this slightly depressing lack of knowledge: the asteroid, Itokawa. From this particular asteroid, we have a plethora of detailed photographs and even samples of its surface material. This is because we have visited Itokawa. 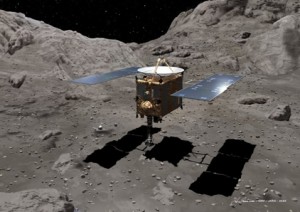 In June 2010, the Japanese Hayabusa spacecraft returned to Earth after a seven year journey. Contained in its capsule were grains gathered in an ambitious landing mission to the surface of Itokawa. The grain shapes and sizes revealed a complex history for the asteroid, including that sunlight had not only propelled the rock, but catastrophically disrupted it at least once.

The amount of information Itokawa revealed about the lives of asteroids was both exciting and terrifying. It pointed to one clear message: asteroid exploration provided knowledge that was impossible to get from Earth. To understand how these small members of our Solar System evolve, we were going to need more samples. In December last year, the Japan Aerospace Exploration Agency (JAXA) launched Hayabusa2 to visit a different type of asteroid to Itokawa and collect rocks from its surface. This time, however, Japan would not go alone.

Harold Connolly is a professor at The City University of New York and a key member of a new NASA mission. Named ‘OSIRIS-REx’, this spacecraft will launch in 2016 to visit asteroid, Bennu. Bennu has a 1 in 2,500 chance of hitting the Earth in the late 22nd century. Perhaps these are not bad odds, but it would be better if they were zero.

NASA and JAXA have an official ‘Memorandum of Understanding’ that officially joins the two asteroid missions. The institutes will be sharing human brain-power to form joint scientific teams and also a percentage of the sample rocks themselves. As any scientist will confirm, having multiple data measurements can turn a hopeful hypothesis into a tested, scientific result.

This exchange is one of the major reasons behind Harold’s visit to Hokkaido. He and Professor Shogo Tachibana from the Department of Natural History Sciences are the mission sample scientists on OSIRIS-REx and Hayabusa2.

During the last two months, Harold and Shogo have been working to develop strategies for the sample analysis methods and also to increase understanding between the Japanese and American teams.

“We want to make an even collaboration,” Shogo stresses. “NASA has extensive experience with space missions, but JAXA has the expertise in asteroid sampling. By having Harold visit and work together with our students, we can build an incredible team for this mission and prepare for the next one.”

The last point is of particular importance. By working with students both in Japan and America, Shogo and Harold are more than discussing current scientific ideas: they are training the next generation of mission specialists. Harold’s visit is linked with the ‘Top Global University Project’, to bring together such international expertise at Hokkaido. This is one project that most certainly has implications the world over.

You can also follow Harold’s progress with the OSIRIS-REx mission through his short and informative video blogs.