Spotlight on Research: Archeological findings that could rewrite the history of bird domestication

A team of international researchers, led by Associate Professor Masaki Eda of the Hokkaido University Museum, have discovered that the oldest type of poultry ever domesticated may have been geese. The study involved interdisciplinary research of bones excavated from Tianluoshan site in the lower Yangtze River valley, Zhejiang Province, China. 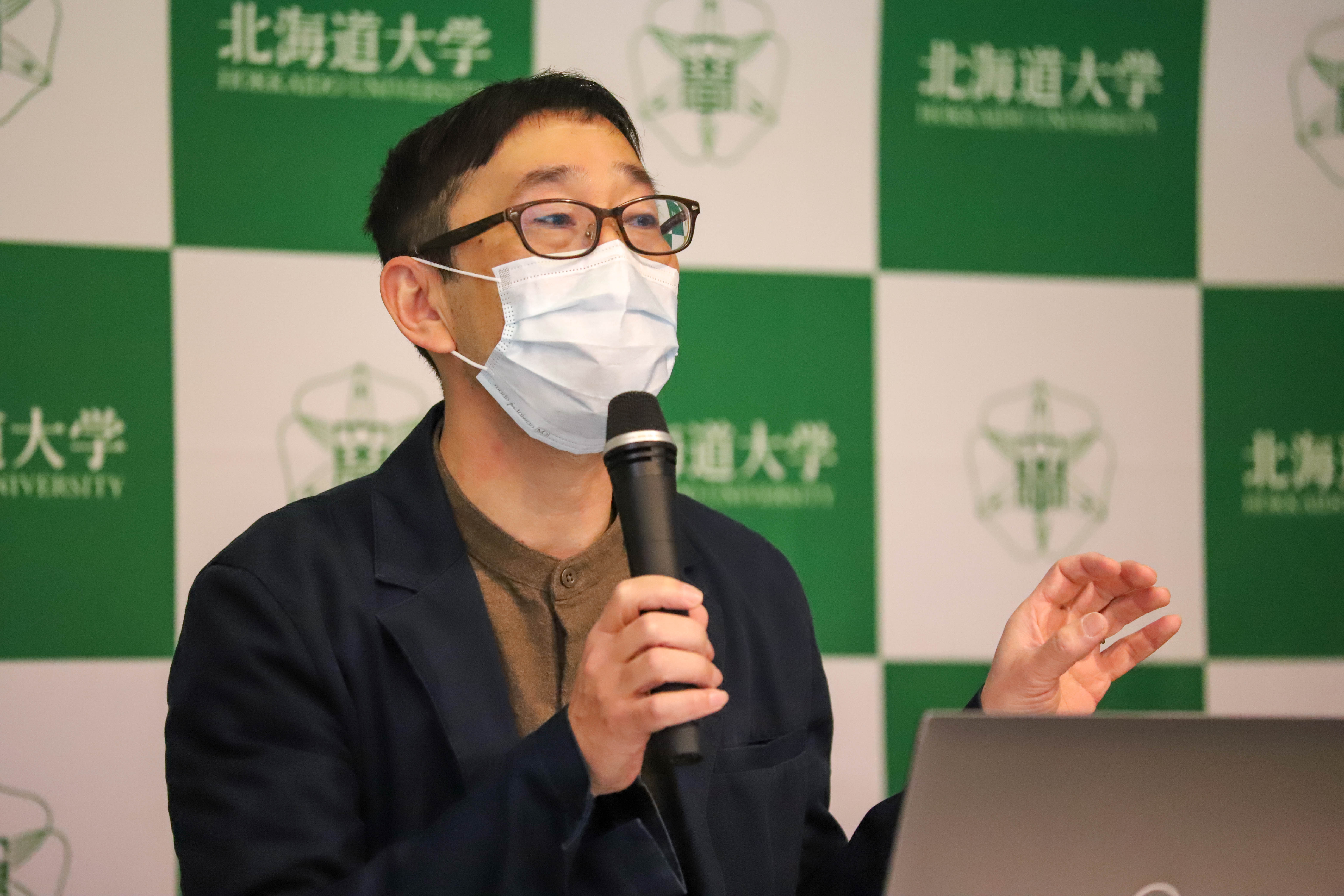 “When we talk about domesticated poultry, it is generally believed that chickens were the oldest birds ever domesticated by humans,” said Eda, opening the press conference, March 7, 2022, at Hokkaido University Museum. “The oldest evidence of geese-breeding previously recorded is from the prehistoric Egyptian civilization about 3,500 years ago. However, we found skeletal remains suggesting that geese-breeding had started before that period, in China.”

Tianluoshan was a rice cultivation settlement, located in the lower Yangtze River valley, East China, dating back around 7,000 years. Rich with the remains of Hemudu culture, an archeological excavation project has been ongoing since 2004. Among the ancient bones retrieved for Eda’s team’s analysis were over 200 hundred goose bones; radiocarbon dating confirmed that the bones were at least of the same age as the settlement’s. By virtue of interdisciplinary collaboration, the bones were analyzed by experts from different points of view: histological, geochemical, biochemical, and morphological. 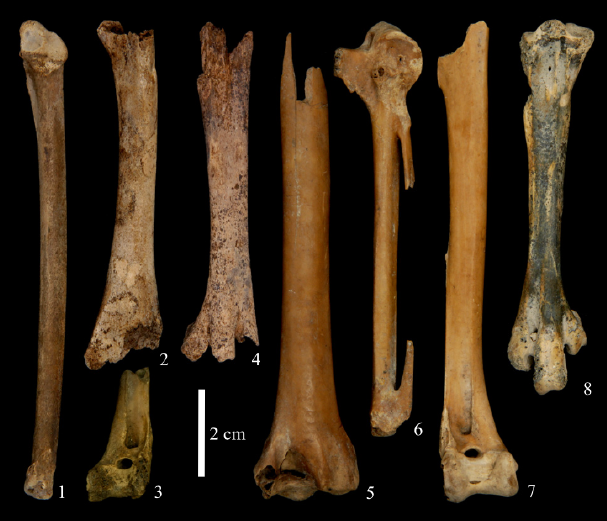 Goose bones excavated from Tianluoshan site. 1 to 4 are from immature geese, 5 to 8 are from mature geese which may have been from different individuals born in the vicinity of the site. (Photo by Masaki Eda)

The histological analysis was performed by comparing these unearthed bones to pre-existing specimens stored by the Museum. The results helped the scientists in distinguishing immature and mature geeses’ bones. The scientists posited that some goslings may have been too young to migrate and that they had hatched in that area, based on the finding of  4-8 week-old immature geese’s bones.

Joining the press conference remotely, Assistant Professor Yu Itahashi of University of Tsukuba explained, “By looking at the bones’ oxygen compositions, we could find out what these geese were drinking. Some of the retrieved mature bones’ compositions correspond to the oxygen-stable isotope composition of Tianluoshan’s annual precipitation. In other words, it is possible that these geese never migrated.”

The excavation project site in Tianluoshan in 2013. A part of the Tianluoshan site is being preserved as a museum covered with a dome. (Photo by Masaki Eda)

The biochemical analysis using nitrogen-stable isotope composition of the bones was performed to understand these geese’s dietary. The results were compared to the bird feed available in the area (e.g. paddy rice). Akin to the geochemical analysis, the result also supported the local breeding theory and further suggested that local geese have different food consumption from migrant geese.

In the morphological approach, the scientists observed that the locally bred mature bones have less size variance in comparison to the modern geese. The homogenization led to the conclusion that there had been no interference from wild geese, a characteristic of a rearing attempt by humans.

“The history of poultry domestication is an esoteric topic; only few historical records have been found. Although we have raised the possibility of rewriting the entire history of poultry domestication, we have yet to identify the exact species of these specimens,” said Eda. “This research will be followed with further investigations, such as DNA analysis that I think is very important.”