Spotlight on Research: Back to the future – a case of Japanese rural migration

Susanne Klien is an associate professor at Hokkaido University’s Modern Japanese Studies Program (MJSP). Having explored intangible cultural heritage across Japan, Klien has been expanding her research in area studies and anthropology on rural Japan. During her previous work for a research institute in Tokyo, she observed a unique migration pattern that has been taking place in Japan: more young people are relocating from big cities to rural areas, for example to the Tohoku area, the northeastern portion of Japan’s main island of Honshu. 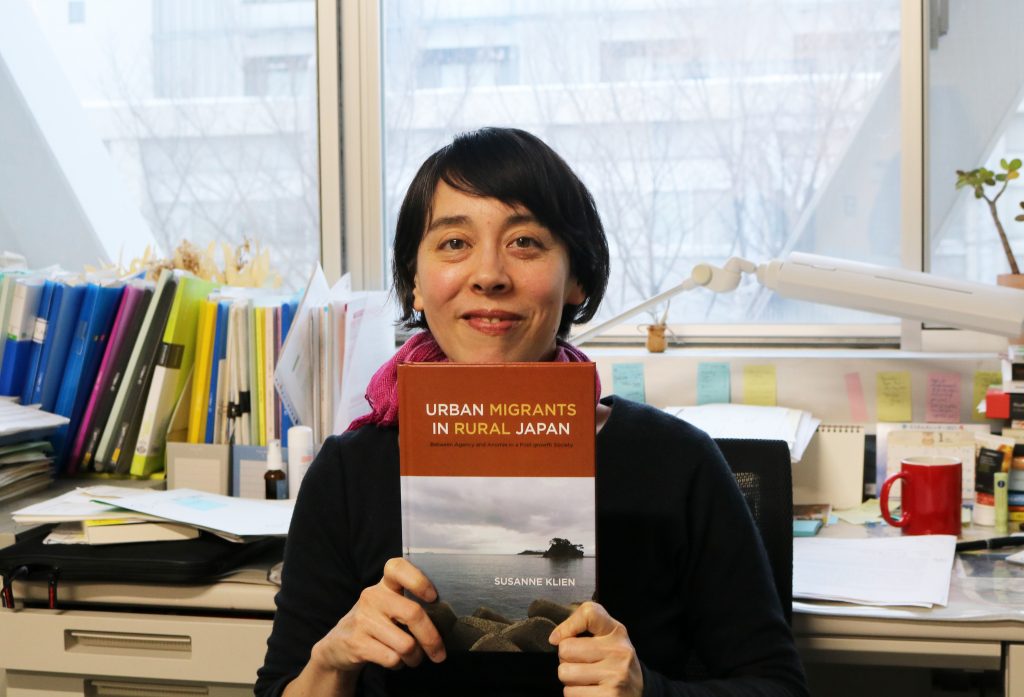 Associate Professor Susanne Klien with her newly published book, Urban Migrants in Rural Japan: Between Agency and Anomie in a Post-growth Society.

“I first took notice of this trend during my research on the disaster volunteers of the 2011 Tohoku earthquake and tsunami. There was a significant number of volunteers from urban areas who permanently settled down in the Tohoku area and started their own business,” explained Klien.

According to her, rural areas in general have been associated with rustic, bleak images. In the aging society of Japan, rural areas have a high number of senior citizens. This entails more problems: vacant houses, tradition discontinuity, etc. Hence, the general expectation is that younger people make attempts to escape from the countryside and seek bigger opportunities in urban and industrial regions.

However, Klien’s research, which received generous support from Japan Society for the Promotion of Science (JSPS), shows that the ongoing trend indicates a shift towards the opposite. She observes that there has been an increase of young people leaving big cities such as Tokyo and Osaka. Driven out by the stressful urban life, the subjects of her interviews claimed to aim starting life anew in rural areas and becoming entrepreneurs. Klien observed that this novel pattern of entrepreneurship is even undeterred by the COVID-19 global pandemic.

“The general economic landscape has made Japanese people reluctant to start a business, as it has been considered too risky. But the ongoing pandemic makes people want to relocate to areas with fewer residents. Moreover, as a way to revitalize the area, the local government provides financial support for potential entrepreneurs that entice more urbanites,” Klien elaborated.

On this issue, Klien has been working on a series of research projects which have been turned into a book entitled Urban Migrants in Rural Japan: Between Agency and Anomie in a Post-growth Society. Published in 2020 by SUNY Press, the book provides an ethnographic analysis of rurality and emerging forms of work and lifestyle in Japanese post-growth society.  One chapter of the book focuses on the perspective of female rural migrants; Klien described that they face considerable challenges.

“During my interviews, I discovered that some rural areas are still dominated by conservative values which tend to undervalue the female role in society, therefore limiting the women’s potential in their business creation. Nonetheless, many of my female interviewees consider this as an inevitable challenge they need to overcome,” said Klien.

Klien mentioned one outstanding example of Aya, a woman in her late 30s who was working hard to establish an experiential restaurant in Miyagi Prefecture. This woman had been one of the volunteers of the 2011 Tohoku earthquake and tsunami. As an attempt to revive the area, she envisaged a participatory restaurant that allows guests to be actively engaged in their dish creation. It also created job opportunities for single mothers in the local area. 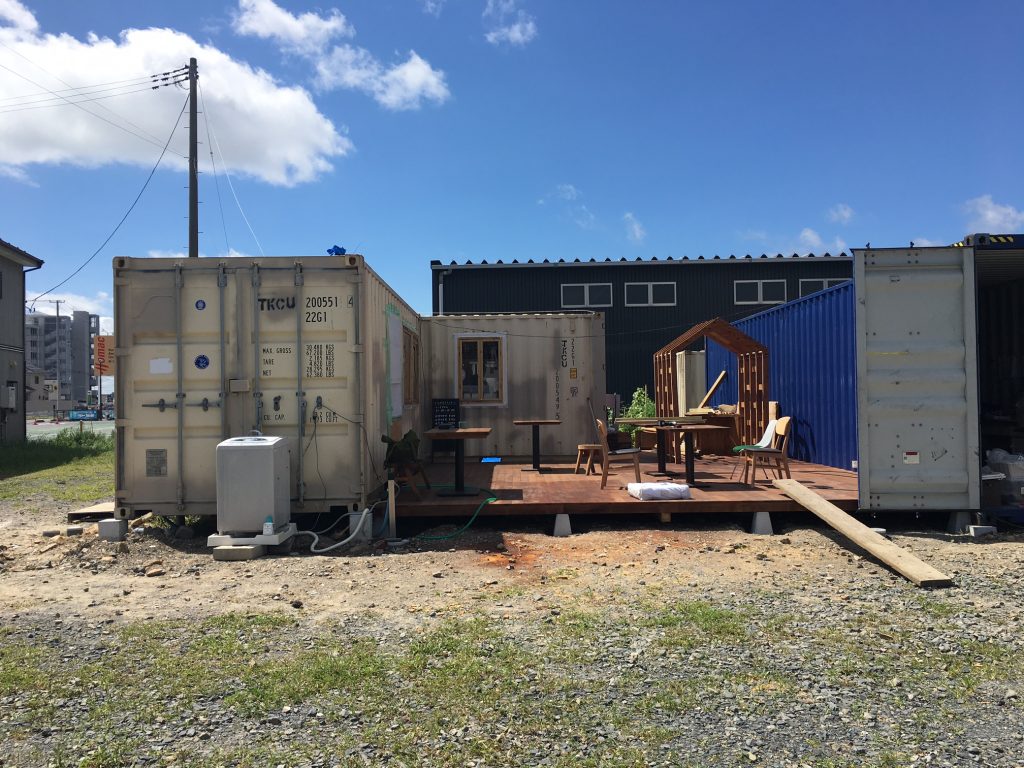 The site of the participatory restaurant in Ishinomaki, Miyagi Prefecture. (Photo: Susanne Klien)

For this book, Klien was awarded the 2020 CHOICE Outstanding Academic Title. The award was bestowed by Choice, a publishing unit of the Association of College and Research Libraries, a division of the American Library Association. Honored with this award, Klien is motivated to conduct more analysis on migration, especially on transnational migration for which she has received a research grant from JSPS. She is particularly interested in qualitatively exploring Japanese individuals migrating to Europe as well as Japanese returnees. She considers this to afford valuable insights into post-growth lifestyles since domestic and transnational mobilities are entangled.

“MJSP is a program like no other. We are inviting students from as different backgrounds as possible, so that we can draw on diverse perspectives in examining Japan from various vantage points. Japanese language proficiency is not required upon the admission. In fact, many of our students could not speak any Japanese upon admission although some had previous exposure to Japan; some of them manage to graduate with a level close to a native speaker after studying very hard. What is more, one of our students even managed to publish a peer-review journal article in the last year of his study.” said Klien.

The MJSP application for October 2021 is open until February 26, 2021. Visit the official MJSP webpage for more information and to apply.