Spotlight on Research: Indigenous Adventure Tourism in the North 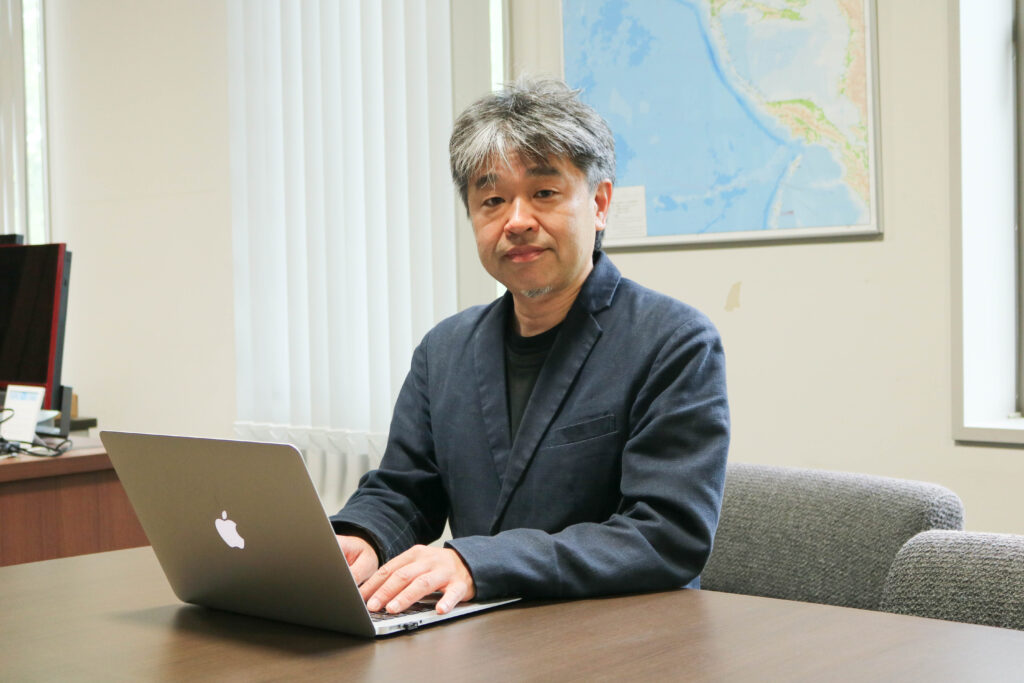 Inari is a municipality in Lapland, the northernmost region in Finland, bordering other countries in the Arctic such as Norway, Sweden, and Russia. The municipality is the homeland of the Sámi indigenous people. Their counterpart for this particular research project in Japan, Ainu people, mainly reside in Japan’s northernmost main island, Hokkaido.

Fukuyama pointed out the existence of tourism activities highlighting the cultural aspects unique to the respective groups. “In Akan (Hokkaido), there is Adventure Tourism (AT) where visitors can enjoy nature imbued with Ainu elements and performances. A similar experience can also be found in Inari.”

The main attraction of Sámi’s AT is the forest experience, which Fukuyama indicates is nothing but “authenticity.”  Surrounded by hundreds of reindeer whilst making an open fire and enjoying coffee, the local Sami people tell the real stories of their culture to the visitors in the deep woods. The small number of tourists in a group, the tendency towards long-period stays, high amount of spending, and the respect for regional culture and nature; these are the key characteristics of AT. “It stands at the opposite end from Mass Tourism”, said Fukuyama. 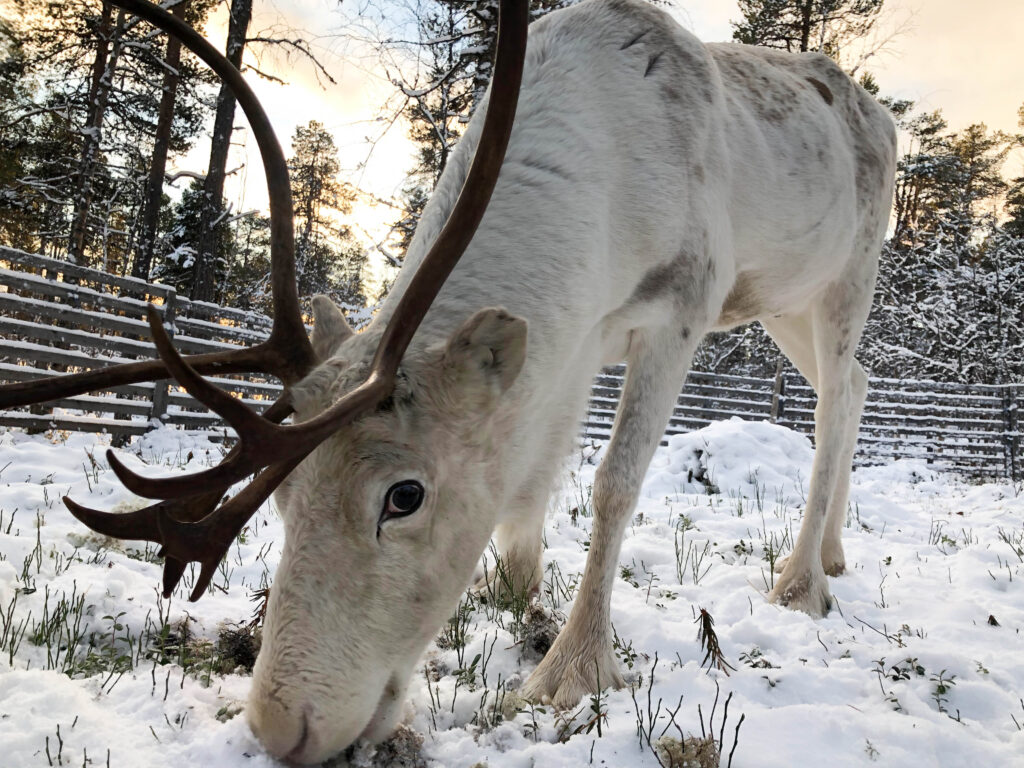 Reindeers are the source of the Sámi peoples’ livelihood, not only in tourism, but also providing all sorts of resources: food, clothes, etc. (Photo by Takafumi Fukuyama)

Although both are indigenous groups in the northern parts of the world, Fukuyama stated that the AT practices for Ainu and Sámi are different. “Akan Ainu tourism is generally considered as a bit performative, despite our preliminary survey that possibly suggests authentic, living Ainu cultural values exist inwardly; whereas, in the case of Sámi people in Inari, those tourism activities are portions of their normal way of living. To a certain degree, the Sámi AT in Inari has a higher level of authenticity.”

However, Fukuyama noticed that AT in Akan has a better-established tourism organization. This organization plays an essential role in researching, planning, promotion, marketing, strategy, and connection with local stakeholders to advance Ainu tourism. Seeing strengths and room for improvement in both groups, Fukuyama and other researchers are now working on comparing the two groups’ AT practices.

Aiming to verify the AT framework in the context of indigenous tourism, there are many things Fukuyama wishes to tackle with the study: combatting the commercialized tourism that uses fake indigenous elements, improving the resilience of the indigenous people, and climate change. He also sees a significant potential of the domestic market for AT. 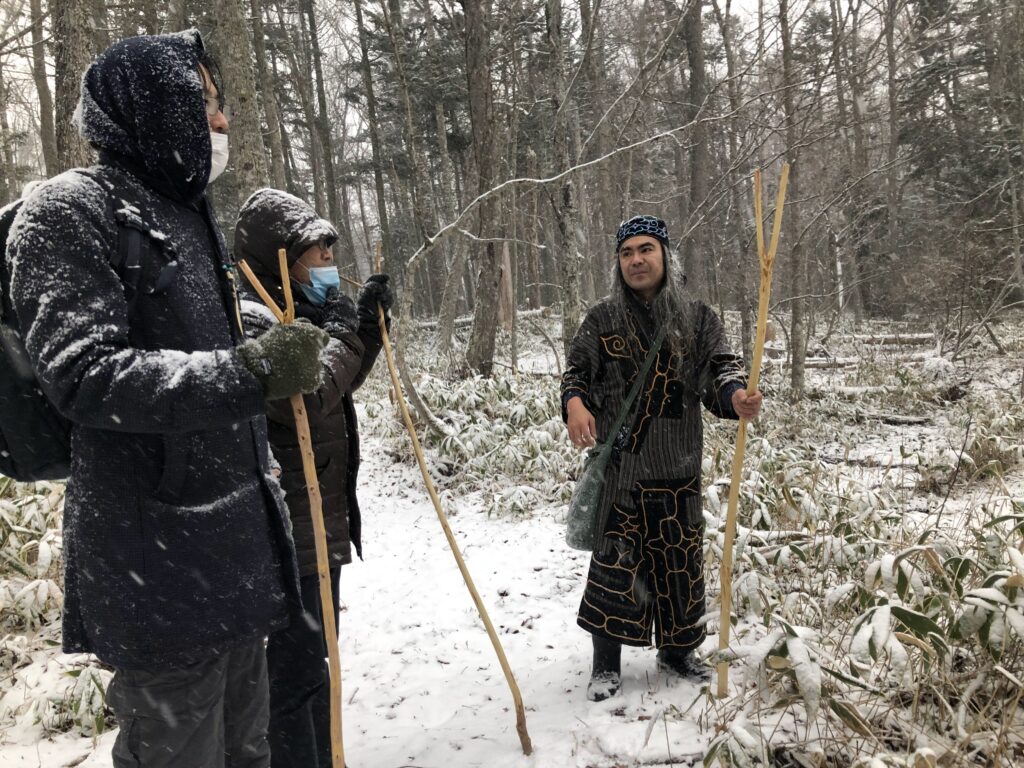 “From the perspective of environmental protection, AT is a perfect form of tourism for snowy and icy regions like the Arctic that are sensitive to climate change. AT creates minimal environmental impact due to the small number and characteristics of participants while still giving a significant amount of economic benefit to the locals. This combination shall improve the indigenous people’s resilience,” said Fukuyama.

Fukuyama’s project is a part of the Arctic Challenge for Sustainability II (ArCS II), a large-scale project initiated by the National Institute of Polar Research (NIPR), the Japan Agency for Marine-Earth Science and Technology (JAMSTEC), and Hokkaido University. This project will produce a series of workshops within the next 2 years and a final model tour in 2024.