Sleeping safe and sound is one of human’s most fundamental needs to stay reenergized and maintain our bodily functions.  How does hearing environmental sounds influence our sleeping quality? Assistant Professor Junta Tagusari from the Laboratory of Regional Environmental Issues, Graduate School of Engineering, is investigating the best method to measure noises and how they affect human health. 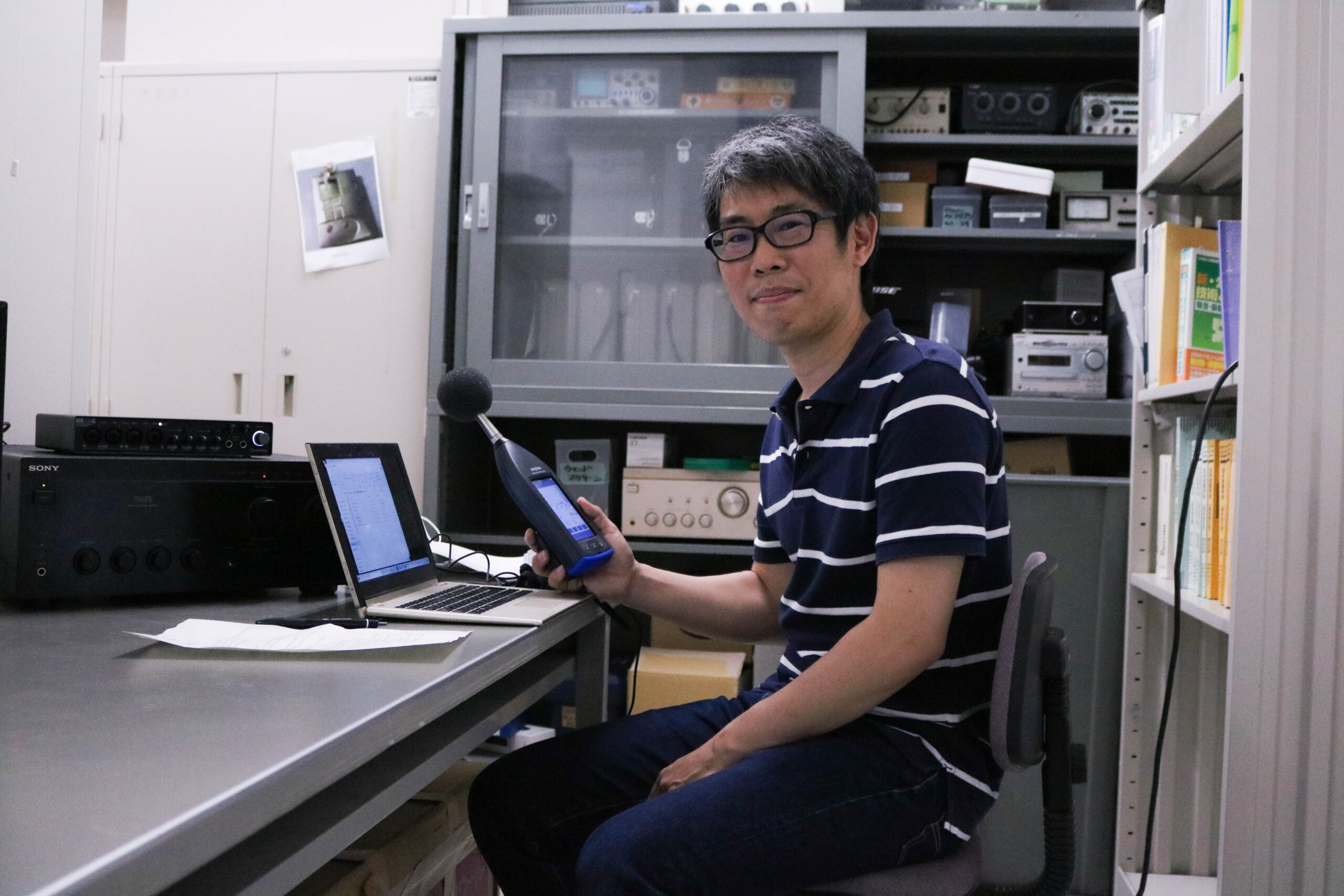 In daytime, at the general workplace, 60 to 70 decibels (dB) is considered the normal and tolerable sound range. In general, human ears are designed to perceive sounds two times louder if the sound level is increased by 10 dB. However, during nighttime when most people are sleeping, the tolerance level pertaining to noise decreases. Tagusari brought up the World Health Organization (WHO) Regional Office for Europe Report in 2018 which marked the nighttime environmental noise threshold at around 40 dB at the façade areas of buildings.

“Noise has the potential not only to damage hearing abilities, but also to cause wider health issues. It has been reported that the risk is higher when noises are heard during sleep. The WHO Regional Office for Europe Report also indicated that several chronic health problems, including heart failure and diabetes, could have been triggered from the long-term exposure to noise-induced sleep disturbance,” said Tagusari. “Sleep disturbance is more critical than most people might think.”

This issue, in fact, is not something of a novelty. Concerned researchers have reported several results. However, Tagusari deemed that most of the existing noise indexes/indices, which use the average sound level value, are not sufficient in measuring noise’s effect on sleep. He developed a new index for nighttime noise based on the data collected and analyzed in a 2014 study based on the sleeping patterns of 30 adult subjects in Kadena, Okinawa.

Located in Okinawa Prefecture, Kadena Air Base is an active base for the United States Air Force. There are more than 100,000 residents whose houses were exposed to aircraft noise.  The night noise events around the base could measure up to 100 dB. The main source of the vexing noise in the study area is the flying aircrafts, though in the front area of the base, the noise is dominated by taxing aircraft noise. When the airplane’s engine is being left running for adjustments, it could produce 60dB noise lasting for several hours at dawn. 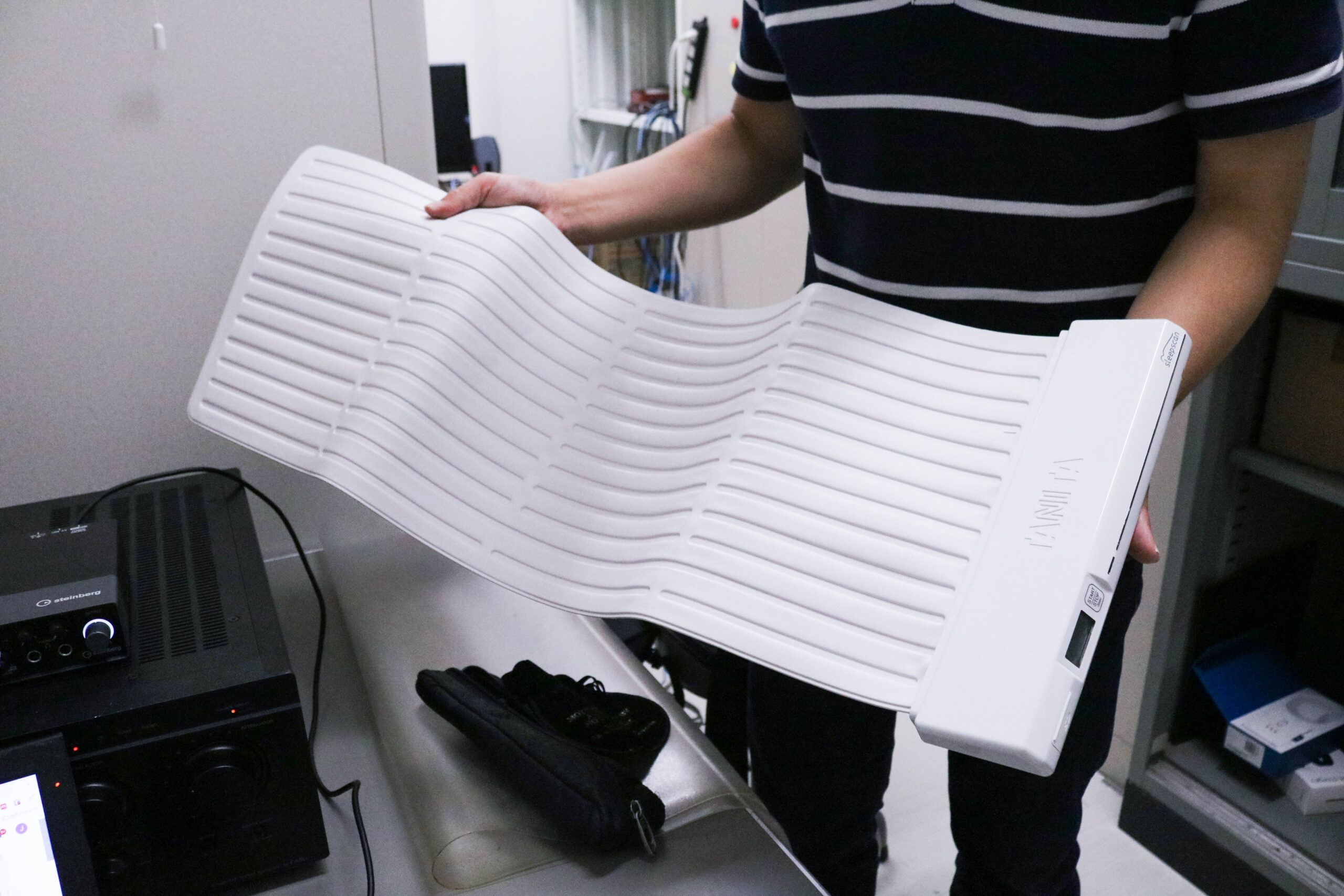 The Sleep Scan device was used to obtain the body motility data during subjects’ sleep. The device was put under the subjects’ mattress and recorded any movement by detecting the vibration.

According to Tagusari, since the study period, the situation has not changed in favor of the residents. However, based on the analysis, Tagusari developed a novel mathematical formula for nighttime noise index, which could be applied in any epidemiological noise-related research. An epidemiological analysis on the residents’ health around Kadena Airbase has previously been done, but there is a plan to reanalyse the situation using this new index.

“These local residents have been complaining about the aircraft noises occurring frequently, even during nighttime,” Tagusari told the background story behind his research. “They took the initiative to ask our laboratory to measure aircraft noise and its correlation to their sleep. For a month, not only did we obtain the nighttime noise level, we also measured the body motility during sleep of some of the local residents, aged from 20 to 60 years old.”

Tagusari admitted that one possible solution to prevent this type of problem seems to be restricting the environmental noise sources in residential areas. “Distancing from noise sources would be great, but there are also some promising alternative solutions for cases like this, namely changing the flight schedule.” The residents around the Kadena Airbase have been repeatedly taking the matter to different courts, appealing for the most ideal solution in reducing the noise, but have only received solutions that are deemed insufficient (compensation payment, soundproofing installations). This problem was shared by multiple residential areas within airbase vicinities throughout the nation, but attempts to bring back the case to the courts by the disturbed residents keep on going.

Considering the almost ubiquitous existence of environmental noises, Tagusari is already planning and organizing more studies on noise and sleep. He is currently examining the effects of low-frequency noise produced by wind turbines in Wakkanai, Hokkaido, and to what degree they are disturbing the local people’s sleep. In separate research, Tagusari will be applying the nighttime noise index that he has formulated to find out the effect of noise exposure to fetal growth and low-birth rate on women across Hokkaido.

“Evaluating and mitigating the health risks posed by noise exposure are required to protect and maintain our healthy lives. Those are the responsibility of researchers and the government,” said Tagusari.