Spotlight on Research: The Catfish, Communication, and Conflict 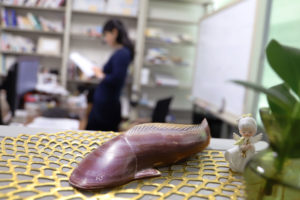 The sculpture of a fish sits on a side table in Associate Professor Shoko Kohama’s office. It is a catfish like those that live in the Mekong in Cambodia. Kohama has many warm memories of the country, with its pleasant landscapes and friendly people. However, the same people fought a vicious civil war that killed a quarter of the whole population until only a generation ago.

“Many people think that countries live in peace because they uphold good values. I don’t really believe that,” says Kohama. “Good people can do bad things. There are certain conditions under which very nice people turn very violent. If we find a way of preventing that mechanism, then people might be able to live in peace. And the fish is a symbol of that.”

Kohama is a political scientist at Hokkaido University’s Public Policy School. Together with psychologists and political scientists from other universities, she studies war from mainly a scientific perspective to find the conditions causing it so we can learn how to prevent it. Specifically, she is looking at how the governments of countries in conflict communicate with the international public to influence its opinion.

A well-known fact of inter-personal communication is that negative messages have more impact than positive ones. Kohama showed that this is also true for inter-group communication between countries using questionnaire-based experiments. Concerned that such negative campaigns might cause government officials to take unnecessary risks and escalate disputes into actual conflicts, she seeks to find a way in which countries can communicate effectively to resolve their disputes peacefully.

However, she cautions: “Everything is embedded in the post-conflict context of WWII. For example, when we ran an experiment in South Korea, we found that people there had such strong, negative attitudes towards the Japanese government, they gave little credence to the content of messages issued by the Japanese government. People understand each other based on the lessons from the past.”

The Asia-Pacific region has a complicated history which continues burdening international relations and is inflicted by opposing economic interests. It is within this political landscape and communication climate that Kohama is looking to make a contribution towards lasting peace in the region. To this end and understanding the severity of the matter, she wants to make recommendations that are data-based and science-driven.

She employs a broad range of methods: analyzing historical data, making theoretical predictions based on game theory, and running experiments. These are replicated internationally to allow her to build reliable and general mechanistic models.

One of her most robust results is that certain types of communication are not affected by cultural values. The effectiveness of negative messages is one example. “When you want to persuade somebody with a positive message, you need to be liked. That’s where shared values come in,” Kohama says.

This ties into her step-by-step view of peacemaking and peacekeeping. “The first step is creating a non-violent situation by any means, including clear communication made credible by convincing threats. But eventually you might want to build mutual understanding to create a deep sense of shared purpose,” she explains. To understand how such understanding develops, she has just endeavored on a new five-year project on the effectiveness of inter-group apologies. This mechanism of showing one’s will to resolve a conflict is complicated by the fact that in any group there are leaders, followers, and those who say that a country doesn’t have to apologize or has already done so overly much. Compared to inter-personal apologies, this is a much more complicated process and it is not at all clear under what circumstances it is effective, that is, accepted by the foreign public.

Studying with a scientific approach how communication may be a path into or out of conflict and how, on the other hand, conflict changes communication can yield means of reliably using communication to resolve conflicts. In Kohama’s words: “We cannot vanish our differences between individuals, groups and countries. We have our own interests and there will always be conflicts of interests. I don’t think that will disappear and, anyhow, such pluralism is a good thing. But we don’t have to resolve conflicts through violent means. To overcome our differences in a peaceful way we have to communicate in a more effective way.” 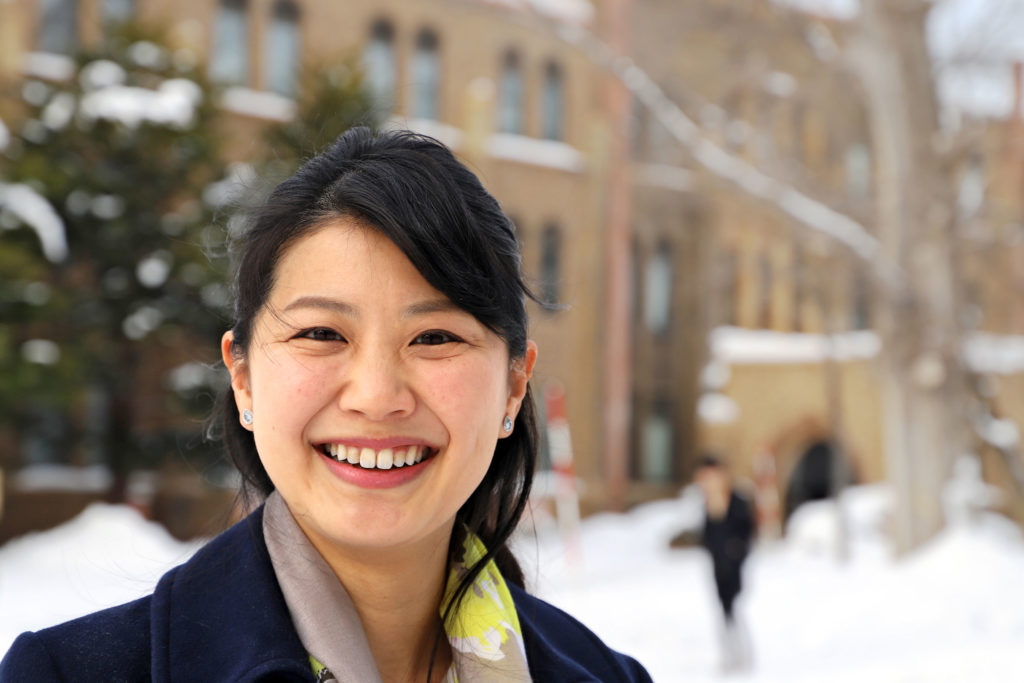