Spotlight on Research: The world is our oyster – unearthing a new parasite in shellfish 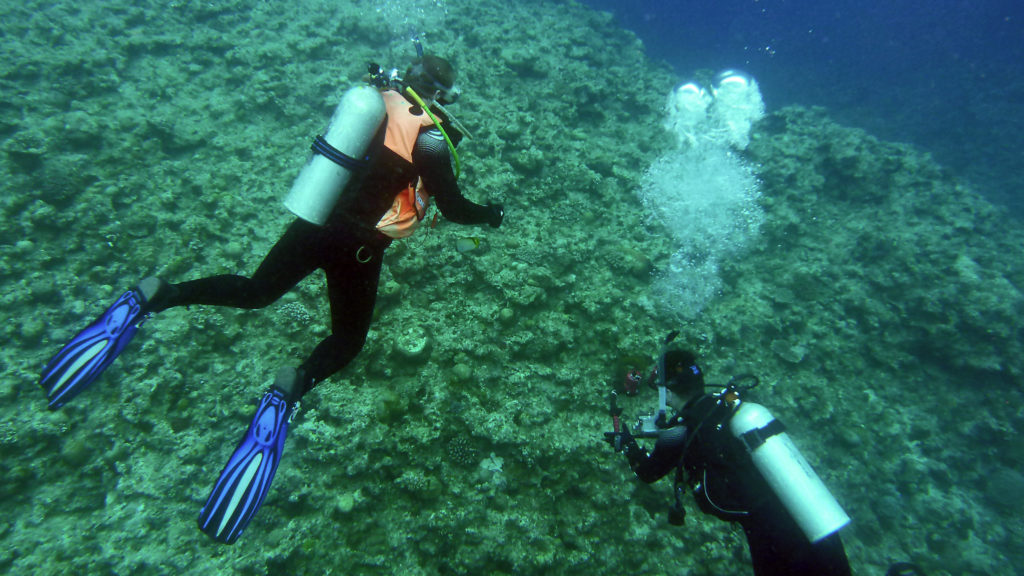 Dr. Kevin Wakeman can still vividly recall his first diving experience, something which had a profound effect on his academic career. “It was so surreal. It blew my mind,” he said regarding how he felt breathing underwater for the first time. Wakeman is currently an Assistant Professor with the Department of Biological Sciences/Institute for International Collaboration and a faculty member of the university’s new Integrated Science Program (ISP). His research focuses on single-celled marine eukaryotes, organisms that have one cell and a nucleus, living in the ocean.

Most of what we can see with the naked eye evolved from single-celled eukaryotes. The phenomena of having multiple cells merely evolved multiple times over a long period of time, resulting in what many consider life to be – humans (animals) and plants. However, life is composed of much more than what we can see in plain sight. The majority of life on this planet is single-celled. Although very small, these organisms are extremely unique. Some are free-living, using the sun to collect energy, while others hunt other cells with sophisticated weaponry, and others yet form intimate relationships with (or parasitize) other organisms – all this from a single cell! Wakeman specializes in studying the early ancestor and relatives of malaria, itself a notorious parasite to humans, but his research has him looking in the ocean.

Wakeman will be starting a 2-year project (dually funded by the Japan Society for the Promotion of Science and the Royal Society of New Zealand) with the Cawthron Institute in New Zealand later this summer to examine parasites, specifically apicomplexans, that infect shellfish. The project capitalizes on the strengths of the laboratories in both countries. While the laboratory at Hokkaido University is set up to study parasites, the one at the Cawthron Institute is geared towards studying shellfish. “The idea is to expand both of our laboratories’ expertise and skills. It’s like a marriage of ideas and techniques,” Wakeman commented. This project also gives students an opportunity to conduct research and gain valuable experience collaborating with international scientists. In August 2017, the New Zealand research group, consisting of two researchers and a PhD student, will visit Hokkaido University. In March 2018, Wakeman and two Hokkaido University PhD students will then visit the Cawthron Institute in Nelson, New Zealand. The two research groups will continue to visit each other throughout 2018 and 2019. 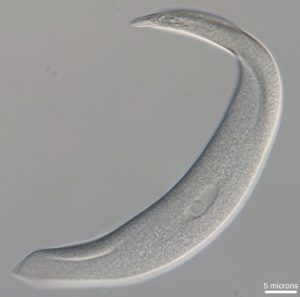 A microscope image of a marine apicomplexan from Hokkaido, Japan

The particular apicomplexan Wakeman and the New Zealand collaborators are interested in was initially found in shellfish in New Zealand around 15 years ago, but information is lacking on whether this shellfish parasite is in Japan. Investigations in Japan will initially concentrate on oysters in coastal ecosystems in Hokkaido – Akkeshi, Lake Saroma, and Otaru to name a few – before expanding to include other areas of the country. Since the target parasite, referred to as Apicomplexan-X (APX), is a new and not well-documented apicomplexan lineage, they will need to start from the ground up so to speak, addressing fundamental questions related to the parasite’s lifecycle and basic characteristics.

Fieldwork is a vital element in researching apicomplexans. Samples are extracted primarily via scuba diving, but can also be found along the coast. After samples are taken, there is a relatively small window in which Wakeman and his team can isolate DNA and study the parasite’s internal and external morphological characteristics. This allows for a comprehensive study of the parasite’s nature, particularly concerning what it’s doing in the host, what part of the host’s body it’s infecting, and whether it’s harming the surrounding tissues. Afterwards, the data on APX can be compared to the data of the lineage in New Zealand to see how their behaviors differ and, in turn, how different ecosystems affect variation. If APX is not found, questions related to biogeography or even the host’s immune system in relation to the parasite need to addressed. Thus, regardless of whether APX is present in shellfish in Japan, this research provides further insights into biodiversity, biogeography, and evolution.

Oysters are a popular food all over the world, so understanding a parasite that can potentially impact the oyster industry is of economic interest. From an academic perspective, furthering our understanding of evolution and documenting a new apicomplexan lineage pushes the field of marine biology to new depths whilst engaging everyday people. Under these prospects, we can expect that Wakeman will continue scuba diving and exploring the seas. 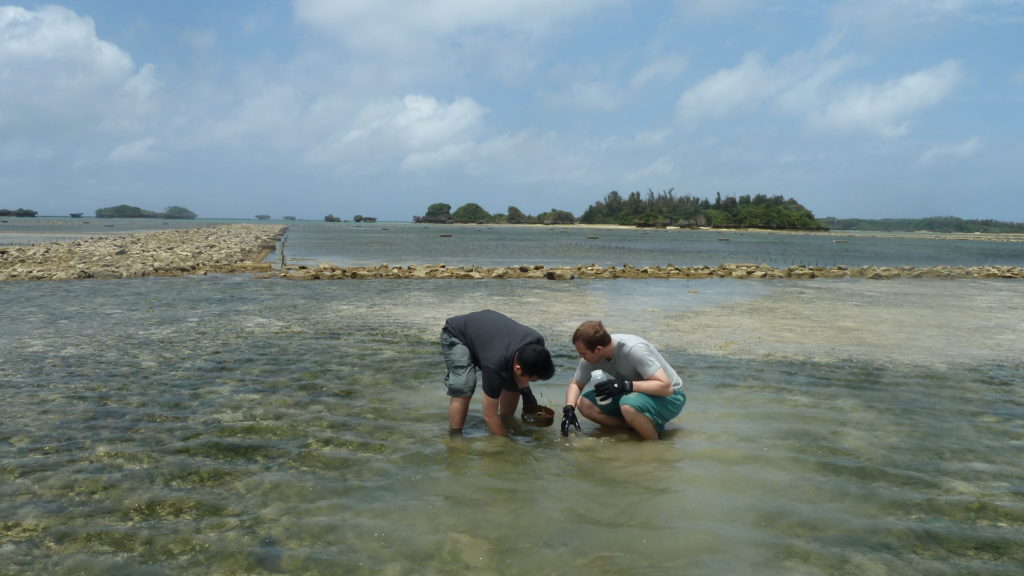 Dr. Kevin Wakeman and a student sampling in Okinawa, Japan