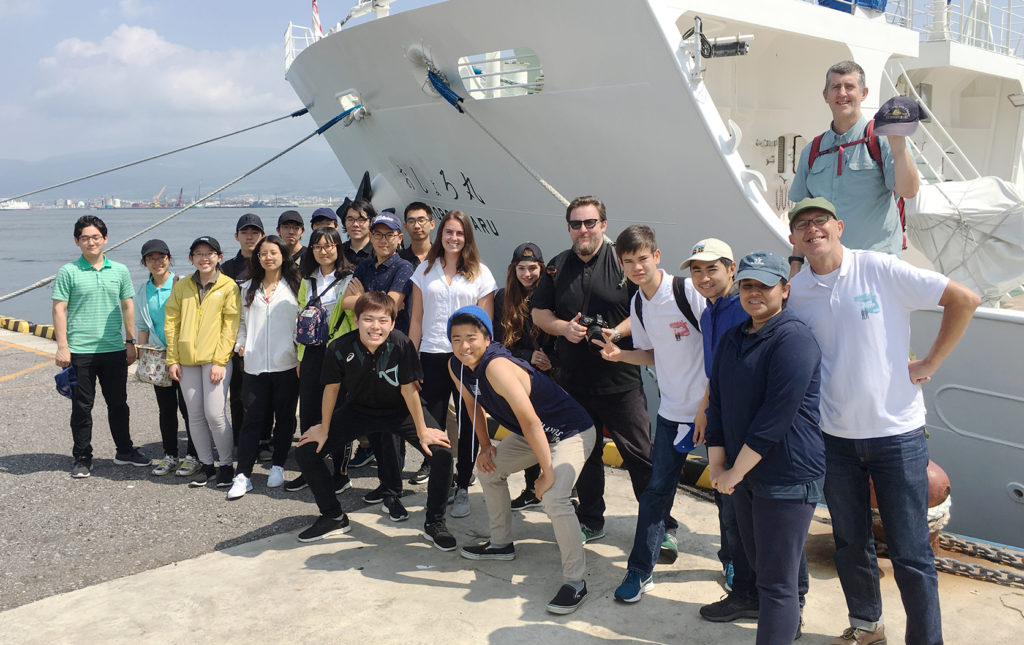 Participants of the Super Global Cruise 2019

Hokkaido University’s School of Fisheries Sciences owns one of the largest training vessels in Japan ­­­­­­­­— the Oshoro Maru V. The history of the ship dates back to 1909 when the first Oshoro Maru was built for student training. For over 100 years, the Oshoro Maru has served as an educational and research platform for students and scientists from Japan and abroad alike. The ship makes a number of voyages every year ranging from short cruises for freshmen to research expeditions to the Bering Strait. Summer is the ship’s busiest season when it conducts a series of short programs including the “Super Global Cruise,” which took place again this year from the 16th to 18th of August. 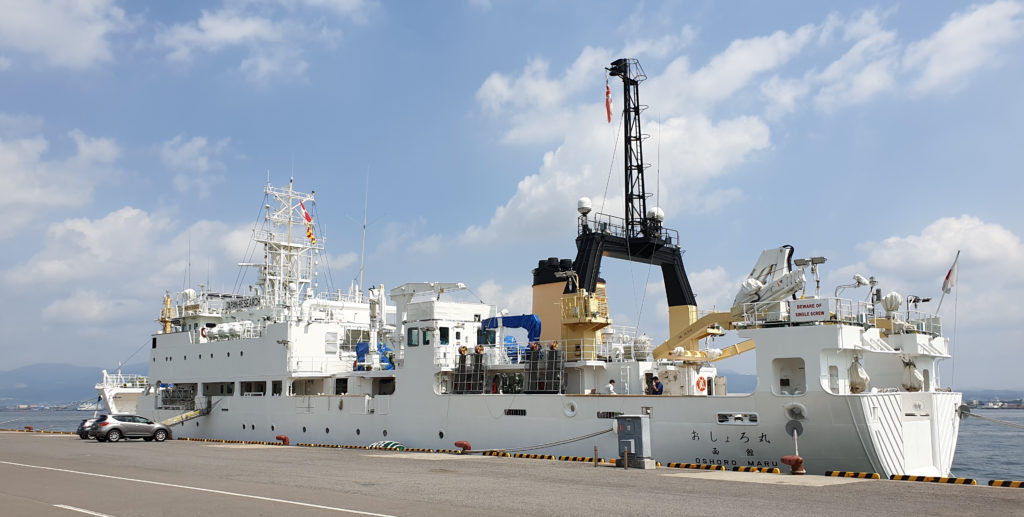 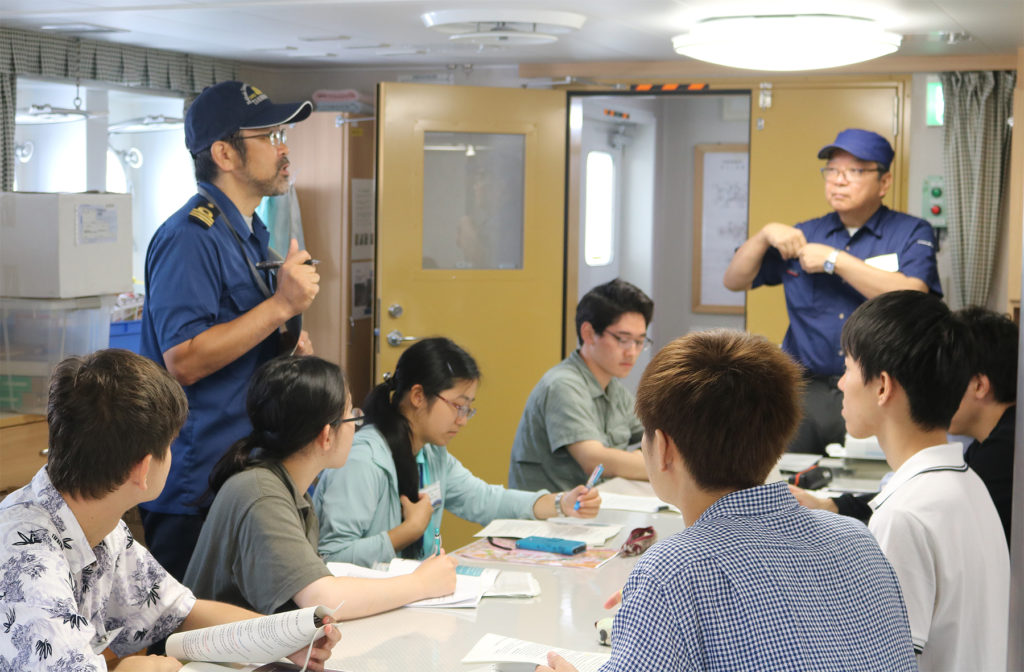 Crew members giving safety instructions and explaining the rules on the ship.

The Super Global Cruise was part of a 13-day international program which explored “resilience-building” in Hakodate, a port city where the School of Fisheries Sciences is located. Assistant Professor Tony Chittenden, one of the organizers of the program, says, “Many towns and cities in Japan face a similar array of problems such as rapidly aging populations, falling birthrates and the threat of major disasters. Some of these problems are unavoidable but we can build resilience to bounce back from such adverse events. In this program, we learn about the situation in Hakodate as a case study, and discuss possible measures to make the city more resilient.” 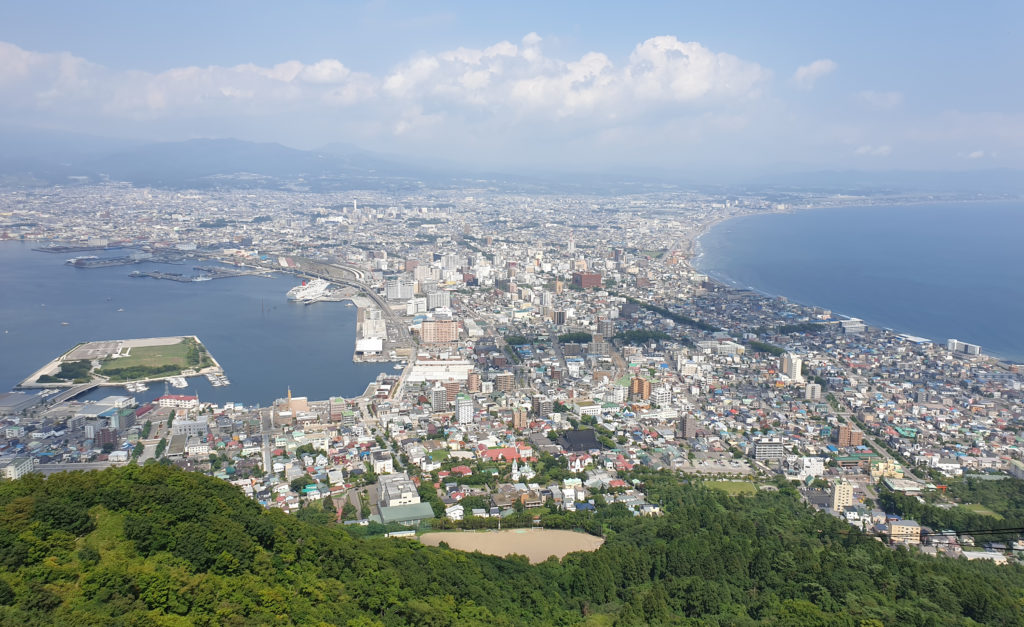 The beautiful city of Hakodate

This years course was attended by 10 students from Huazhong Agricultural University in China, University of Washington in the U.S., and Hokkaido University. Prior to the cruise, the participants were provided various lectures, did group work activities and surveys, and visited fishery facilities in and around Hakodate to find out the key issues the city faces. Near the end of the program, they were invited to join the three-day cruise aboard the Oshoro Maru V to acquire first-hand fisheries and ship-life experience. Students from the National Institute of Technology’s Hakodate College, Hokkaido International School and Hakodate’s La Salle High School also joined the cruise. 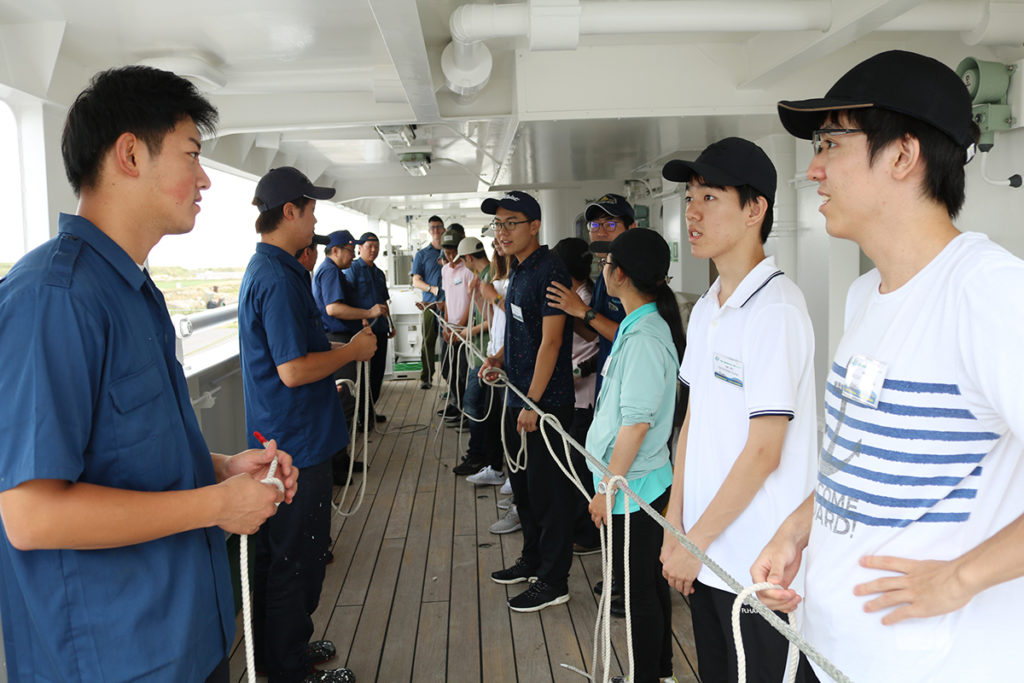 Participants learning the basics of rope-works from crew members

Calder Atta, one of the participants from University of Washington says, “I’m researching the taxonomy of flatfish, focusing particularly on 8 species in Alaska. While investigating the molecular phylogeny of the species, I would like to know how geography influenced the separation of these species during their evolution.” He continued, “As a taxonomist, I want to visit as many places as possible to get a large picture of species distribution on a global scale. That’s why I joined this program.” 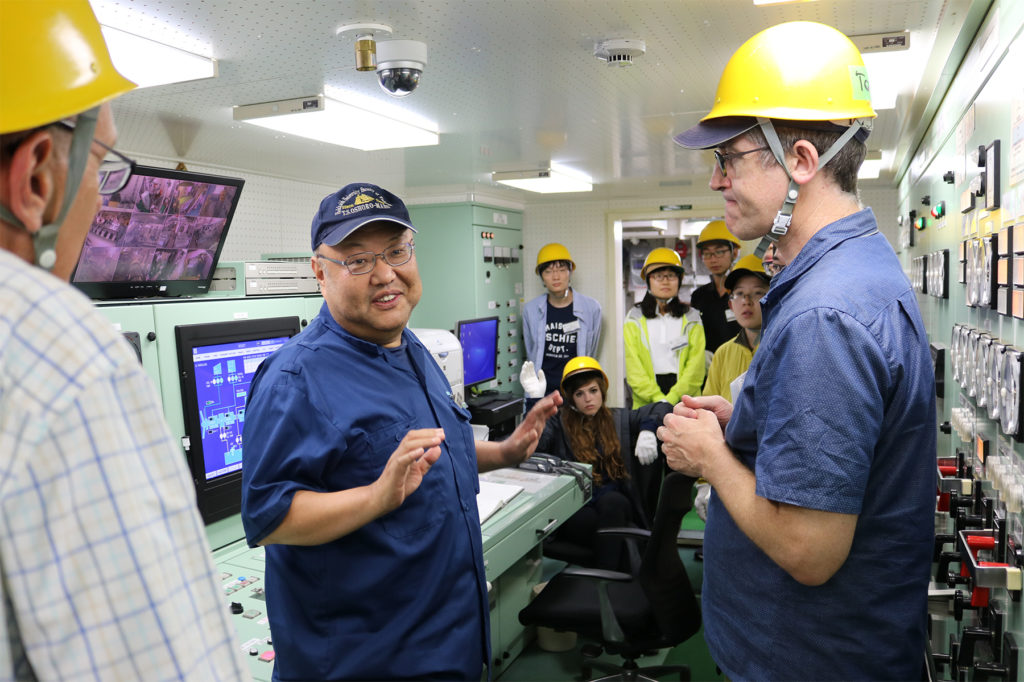 On the first day of the cruise, the ship was kept anchored at the pier due to an approaching typhoon. However, the participants enjoyed touring the ship and were able to visit the bridge area and the engine room. The naval officers and engineers introduced and explained many of the ship’s features such as its state-of-art electric motor-driven engine and the stabilizing system that minimizes turbulence at sea. The participants also performed an anatomical dissection of squid under the instruction of Associate Professor John Bower from the School of Fisheries Sciences.

Before wrapping up the day, the Captain announced “We set sail at 9 AM tomorrow.” 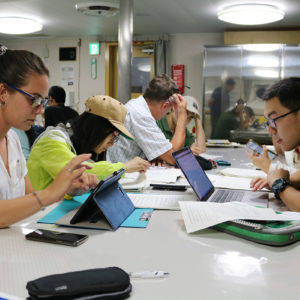 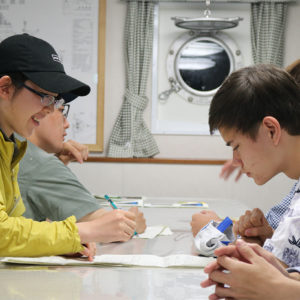 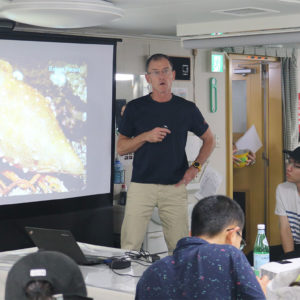 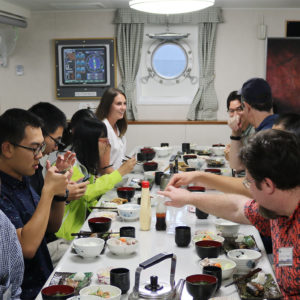 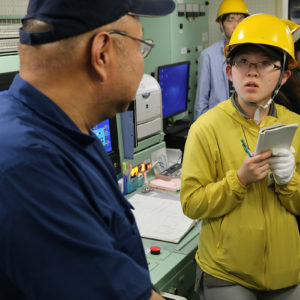 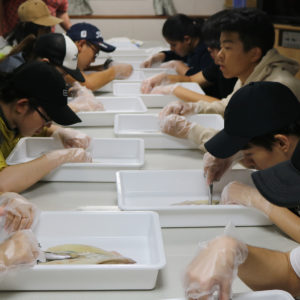 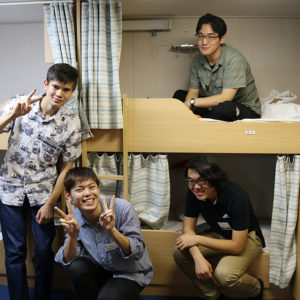 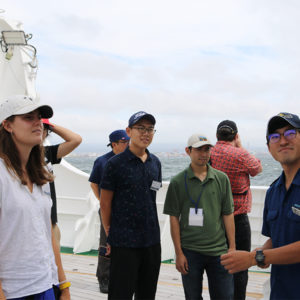 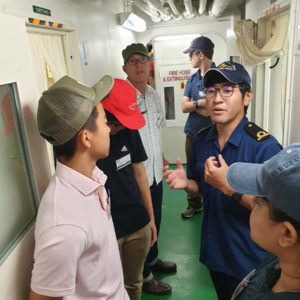 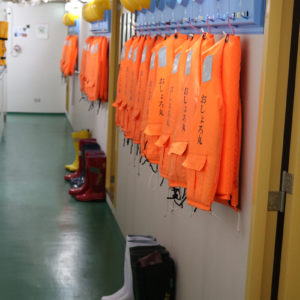