This is Part II of an article based on an interview with Hokkaido University Professor Yukihiro Takahashi, Director of the Space Mission Center, about the university’s involvement in the development of low-cost, high-performance microsatellites.

Hokkaido University Professor Yukihiro Takahashi says he began to realize the importance of observing the Earth based on concrete mission goals after arriving at the university in 2009.

“Before I came to Hokkaido University, I made devices that observed lightning in space, and which measured water vapor levels in cumulonimbus clouds around lightning,” Takahashi said. “Once here, I started to recognize the university’s excellence in field sciences such as agriculture, fisheries and environment studies, not to mention its research ships and the world’s largest research forests.” 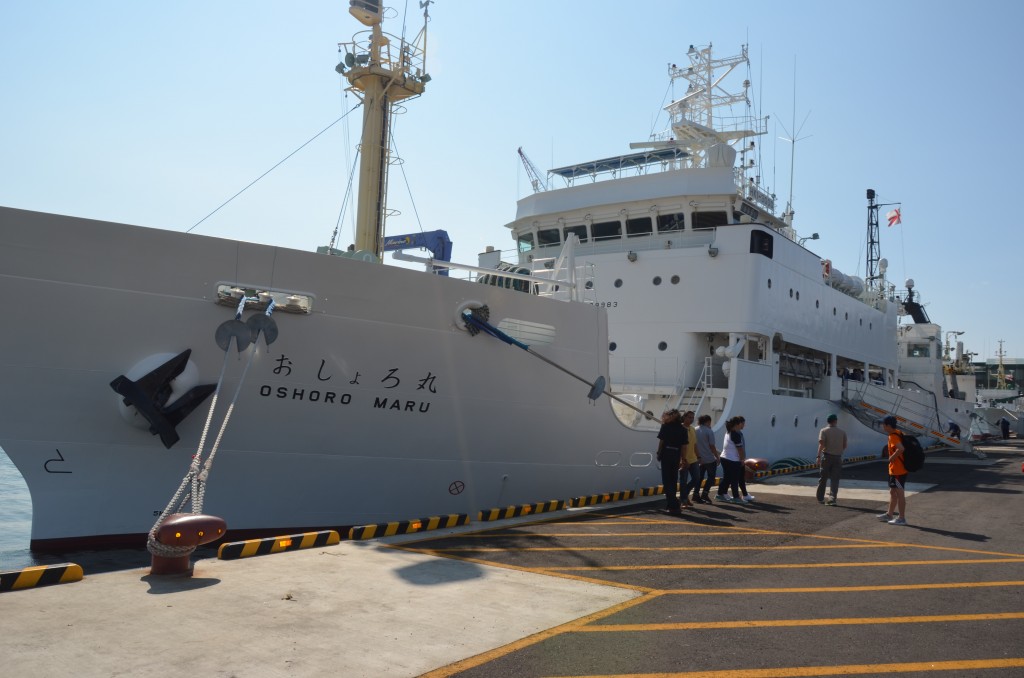 He was also struck by the large number of faculty members—around 50 or so—that made regular use of satellite data.

“By talking to those people, I was able to identify their satellite-data needs,” he said. “People may think it’s easy to understand users’ requirements, but it’s actually extremely difficult to match satellite technology with end-users’ needs. Indeed, Hokkaido University is the only higher educational institution in the world that can do this.” 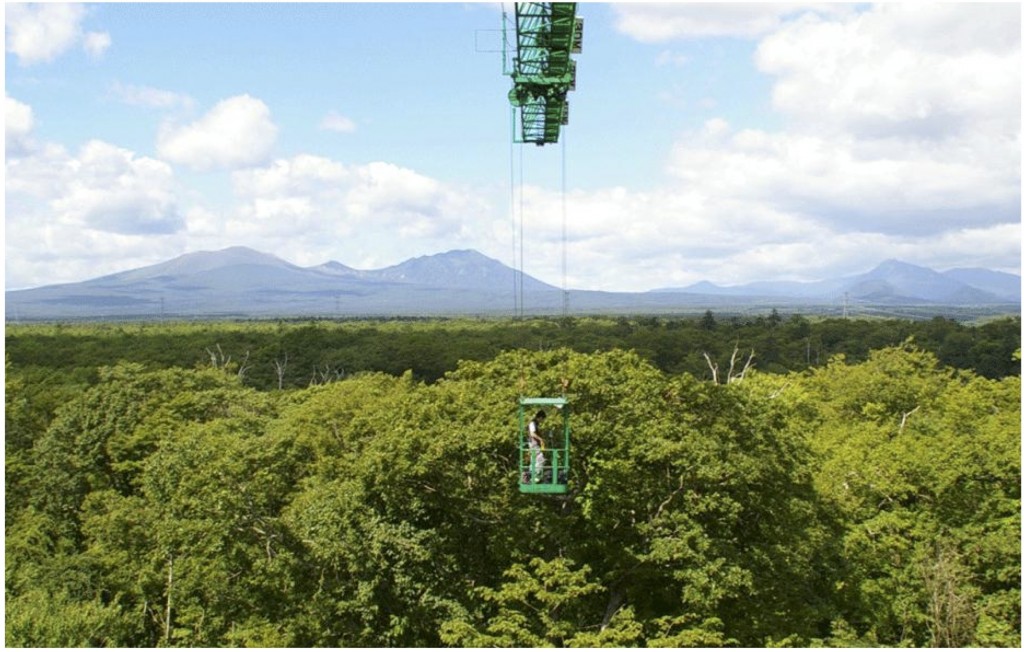 Canopy crane at Tomakomai Experimental Forest (TOEF), Forest Research Station, Field Science Center for Northern Biosphere. The crane is the one and only in Japan, and has several measurement instruments such as  Temperature-humidity meter, Rain gauge, Anemoscope, Anemometer, and cameras for various observation. [copyright: Onno Muller, Tomakomai Experimental Forest (TOEF)] 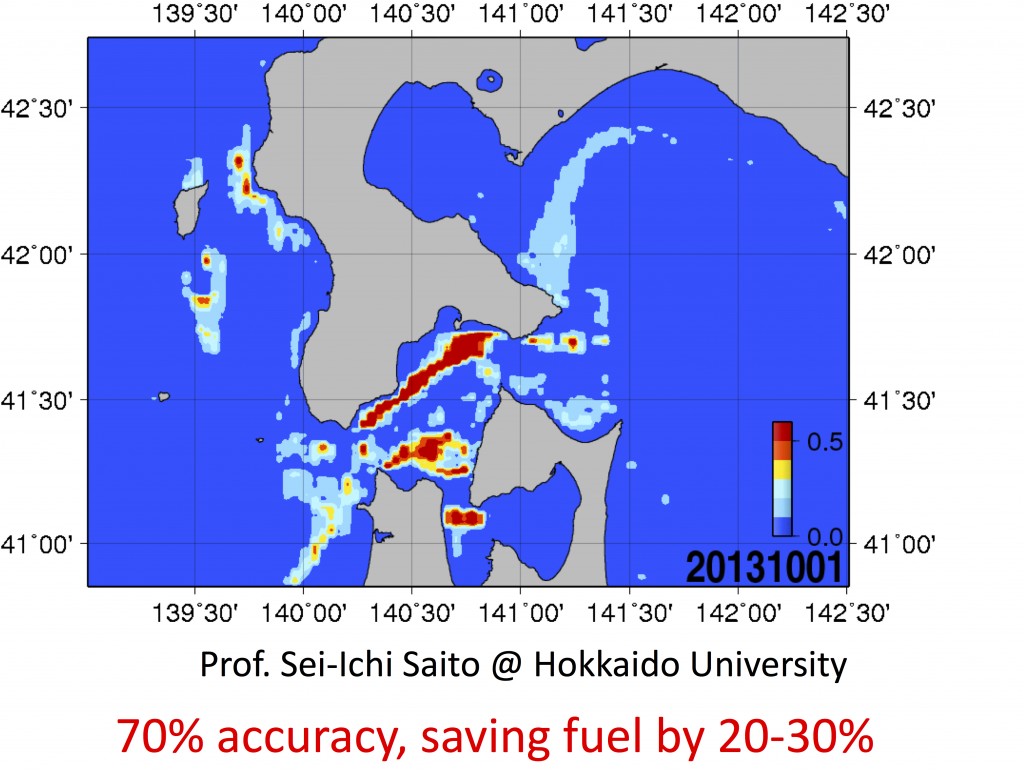 “Agriculture and fisheries were regarded as outmoded areas a while back, but they’re now attracting a lot of attention following the signing of the Trans-Pacific Partnership [free trade agreement],” he said. “The knowledge developed by Hokkaido University in these fields will be essential in the coming years. However, we won’t win over the world by doing things the same way they have been done up until now. We have to introduce groundbreaking methods—as exemplified by our group’s offerings—to the domains of agriculture and fisheries.”

Hokkaido University’s collaboration with Tohoku University in the development of microsatellites is providing the team with a much-needed competitive edge in the booming microsatellite market, Takahashi said.

American companies, including Google, Planet Labs and SpaceX, have unveiled plans to launch hundreds of microsatellites for practical use, heralding an era of miniature-satellite constellations. For example, Google plans to provide satellite-based Internet access to underserved areas, using 180 low-orbit microsatellites.

“Our group’s strong point is the robust tie-up between the engineering department [at Tohoku], which makes the satellite bus, and the Hokkaido science team, which makes the sensors and has firm observation goals,” Takahashi said. “Scientists and engineers are able to discuss a specific mission while seated around the same table—a scene that very rarely plays out elsewhere. We won’t be able to prosper globally if we don’t pitch our advantages.”

It might come as a surprise to many, but building microsatellites does not require cutting-edge technology, per se.

“It usually takes about 10 years to plan and launch a satellite, which means we’re using technology that’s already a decade old by the time the satellite is finally put into orbit,” Takahashi explained. “It becomes high-tech when we succeed in making low-tech items function within the harsh environment of space, which has no air. Impacts from high-speed particles are the major cause of satellite failure.”

So, when Hokkaido University accepted three of nine graduate students and researchers who came to Japan from the University of the Philippines Diliman and the Advanced Science and Technology Institute (ASTI) as part of a deal to develop the DIWATA-1 microsatellite, the technologies described in textbooks were good enough to make it. 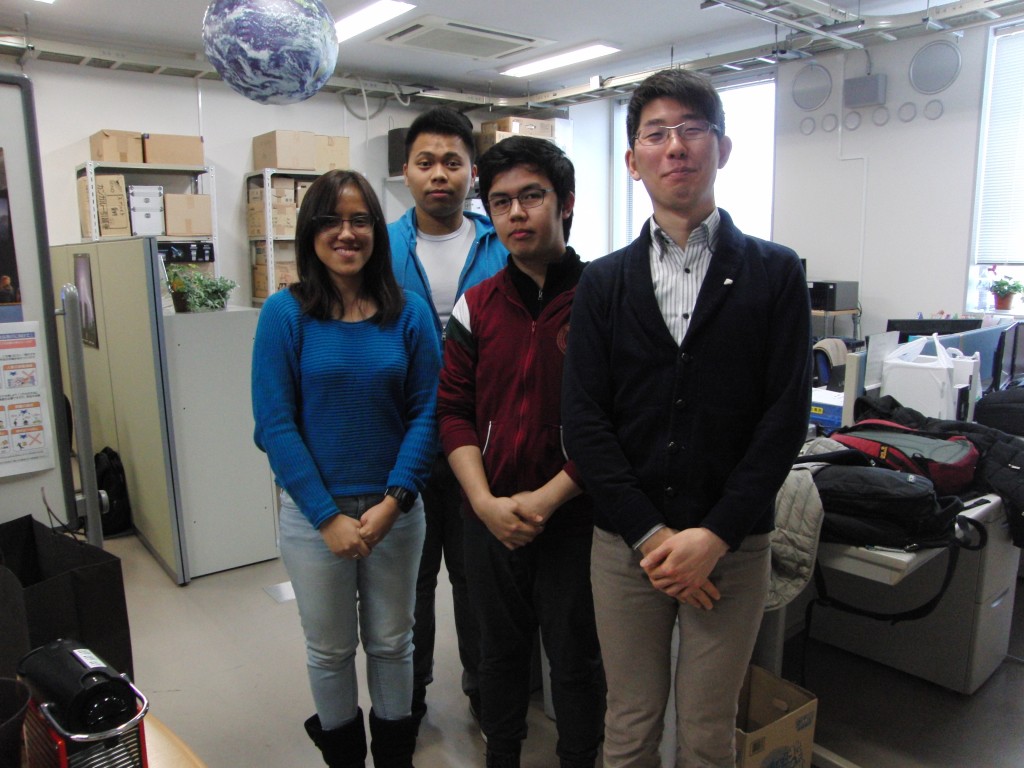 The students nonetheless acquired the hands-on experience necessary to build microsatellites for their home country. This was the very reason that the team from Hokkaido and Tohoku universities was able to join the Philippines’ project, Takahashi said, adding that many satellite companies around the world are naturally reticent about sharing their trade secrets.

Hokkaido University provides training in the analysis and use of satellite image data, in addition to providing the kind of education required for planning, devising and promoting entire missions.

“We aim to develop human resources who can not only make satellites, but who can also operate them and develop measurement methods that can respond to academic and social needs, and use satellite-derived data,” Takahashi said.

He noted, however, that it was a “miracle” that DIWATA-1 was delivered in one year while teaching Filipino students who had no previous experience. “There were numerous occasions when it felt like we were walking across a tightrope to meet the deadline.”

This short delivery time, he admitted, was only possible because the team used many of the technologies developed for RISESAT, a microsatellite due to be launched in fiscal 2018.

Though the miniature satellites may be somewhat low-tech, they are still able to perform magnificently in space, and are capable of taking six-color images (using six bands selected from among 400) of the same area in three seconds, with a ground resolution of 5 meters (3 meters for DIWATA-1)—a difficult task when the satellite is travelling at seven kilometers per second. 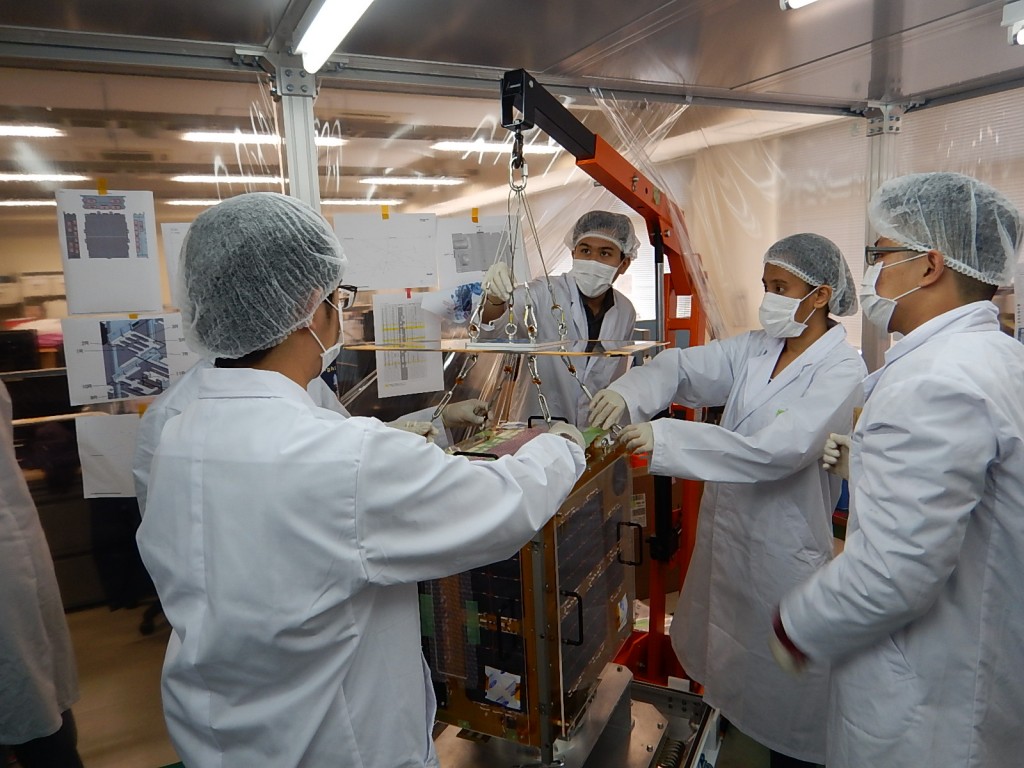 “Since the satellite bus is too small to allow cameras to turn, we rotate the satellite itself, allowing the sensors to image areas as far away as 4,000 kilometers.” Takahashi said.

The microsatellites are also capable of monitoring the same spot once a day.

“Most large satellites, and this is true for other satellites, too, only look downward with their cameras, meaning it takes 16 days to observe the entire planet,” Takahashi said. “Such data are meaningless when we want to know whether certain crops should be harvested a few days later.

“It’s important to think about how to improve Japanese agriculture,” he added. “It’s equally important to learn about how to ameliorate agriculture in developing nations in Southeast Asia. Unless they raise productivity by introducing advanced agricultural technologies, those countries won’t be able to solve their poverty problems.”

(Read Part III, the last installment in this article series.)