Teleconnection between the tropical Pacific and Antarctica

The higher the seawater temperature in the tropical Pacific, the more likely ice breakup will occur in East Antarctica, according to a Hokkaido University researcher. 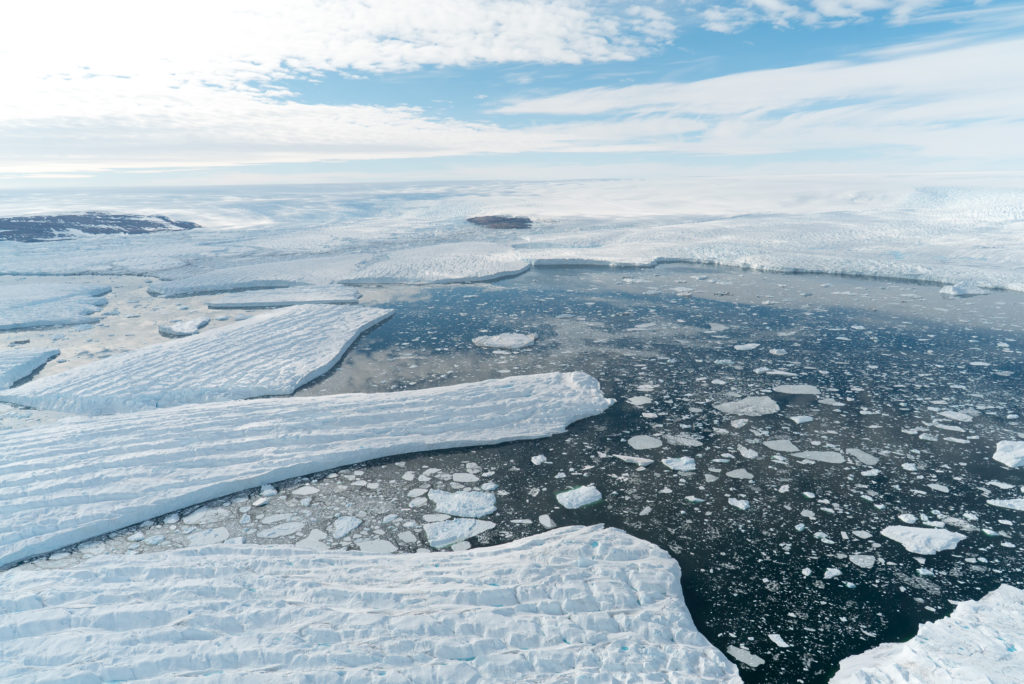 In April 2016, a large-scale breakup of land-fast ice was observed in Lützow-Holm Bay near Syowa Station, a Japanese research facility. It was the first comparably large calving in the region since 1998. Land-fast ice is sea ice that grows along the Antarctic coast and does not move much once formed. Syowa Station is normally surrounded by land-fast ice, which makes it very difficult for even an icebreaker to reach.

Such a large calving has been reported several times in the past, but the cause of ice calving in Antarctica has mostly been shrouded in mystery. 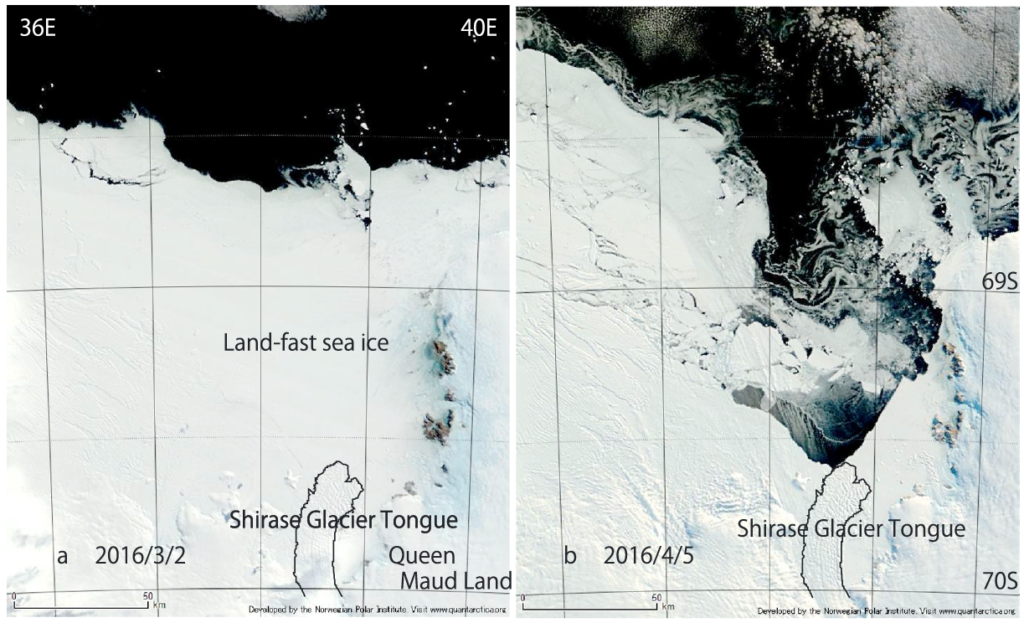 The land-fast sea ice at Lützow-Holm Bay in East Antarctica before (left) and after (right) the large-scale break up occurred on March 2, 2016. The satellite images were provided by NASA. (Aoki S., Geophysical Research Letters, April 7, 2017)

Associate Professor Shigeru Aoki of Hokkaido University’s Institute of Low Temperature Science has studied satellite imagery from 1997 to identify possible correlations between land-fast ice breakups and the climate condition data gathered at Syowa Station as well as sea surface temperature data from around the world. Land-fast ice breakup is most commonly observed in April, so Aoki investigated the latitudes where breakups of land-fast ice were observed and compared them with the data of April’s climatological variable averages, such as atmospheric pressures on the ground and seawater surface temperatures.

According to Aoki’s research, breakup latitudes in April exhibited a degree of correlation with ground-level atmospheric pressures and other indices of climate modes in the region. In particular, breakup latitudes highly correlated with seawater surface temperatures off Syowa Station and the tropical Pacific as far as 17,000 km away, indicating land-fast ice breakup is more often observed when seawater temperatures in the tropical Pacific are high. 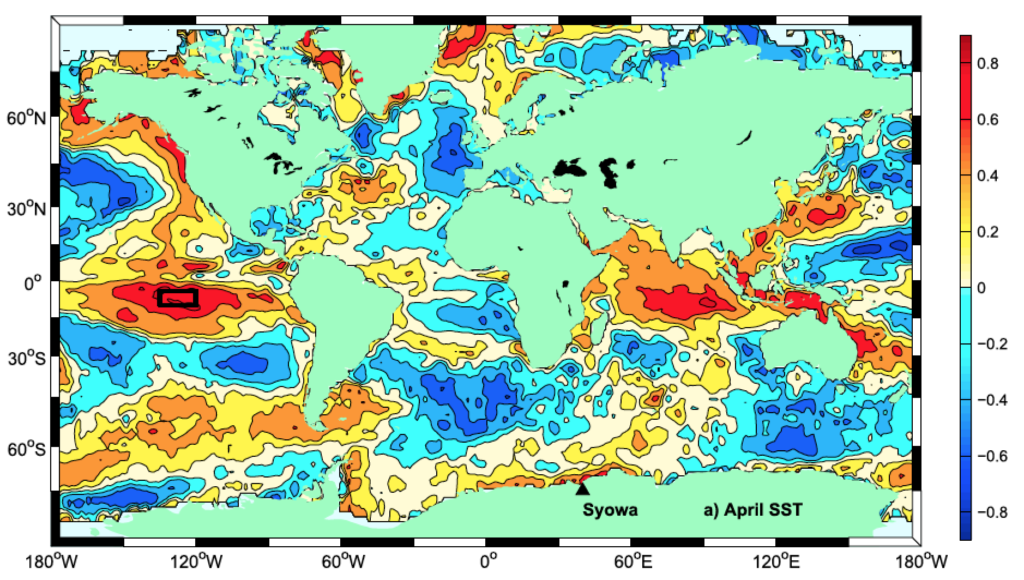 At the end of 2015, several months before the major ice calving near Syowa Station, an El Niño climate cycle was said to be the third most intense in history, raised seawater temperatures in the tropical Pacific to one of the highest levels recorded. The 1998 ice calving, which occurred deep inside Lützow-Holm Bay, coincided with the most intense El Niño in the history of the tropical Pacific.

Aoki says “The mechanism of teleconnection between tropical Pacific seawater and ice calving in Antarctica has yet to be fully elucidated. However, we hypothesize that high seawater temperatures in the tropical Pacific would trigger atmospheric waves, which eventually reach the sea off Syowa Station to cause oceanic heat storage. Warmer seawater would melt and reduce ice floes, which helps generate and propagate sea waves. This series of events would result in large ice breakup at the bay. Further study could enhance our understanding of global-scale climate teleconnections and allow for more precise forecasts of ice behavior in Antarctica.”