The 19th “Sci-Tech Talk in English”

We are pleased to announce the 19th “Sci-Tech Talk in English” by Dr. Bruno Mota, Federal University of Rio de Janeiro. This event is organized as a part of the internationalization activities of the Faculty of Science and is intended for non-specialists. All talks and discussions to follow are conducted in English. We welcome all students, faculty members and others who are interested in science.

A tale of two sciences: The physical origins of form in neuroscience

■ Abstract of the talk
It is a trope of after-hours discussions among scientists to portray biology as descriptive and focused on exceptions and details, and physics as analytical and seeking grand unification schemes. To the extent this is true, it is mostly because biology is hard. Very hard. Not as in being more intellectually challenging, but rather less amenable to a reductionist approach. This is an approach that led to many of physics’ great successes: Newton’s laws of mechanics and gravitation result from the insight that a falling apple and the orbiting Moon obey the same natural law. The complex dance of planets and moons in the Solar System and of stars in the Milky Way then follows from adding up the interactions between each pair of component bodies. Biology also has a very successful fundamental theory, namely Darwinian evolution through natural selection. But evolution selects genotypes by the fitness of ensuing phenotypes. It says little about how the former leads to the latter.

Biological form is thus fundamentally an emergent phenomenon. Somehow order emerges, reliably and robustly, from a few kilobits of genetic information and a complex cascade of biochemical signaling and synthesis. It generates nested assemblies of cells, organs and organisms; all bewildering in their diversity, and intimidating in their complexity. And no form is more complex, more intrinsically inter-connected, and more opaquely related to function, than the cerebral cortex. Indeed, at first glance any attempt to model such a complex and seemingly contingent form from first principles would seem doomed to failure. However, despite the enormous diversity of cortical morphology across different species and individuals, we have seen empirical evidence for some stark regularities in scaling. From these initial insights, I created a model describing how the development of the cortex determines the way it folds, and shown that, despite all their diversity, mammal cortices all fold according to one simple mathematical rule derived from said model (which, very roughly speaking, also explains the scaling of a crumpled paper ball!). The same rule also appears in comparisons of human cortices, in a way that suggests that there is a mechanical “slackening” of the cortex that is gradual in healthy aging but abrupt in Alzheimer’s disease. Remarkably, this rule also shows up in analyses of a single cortex, across different regions and different scales. All of this suggests there is a remarkable universality in the scaling of the cerebral cortex, across multiple domains. As for evolution, in spite of all of nature’s morphological and functional diversity, it has in fact only a few degrees of freedom with which to shape a cortex in response to the various constraints and adaptive pressures.

Admission is free, and registration is not required. 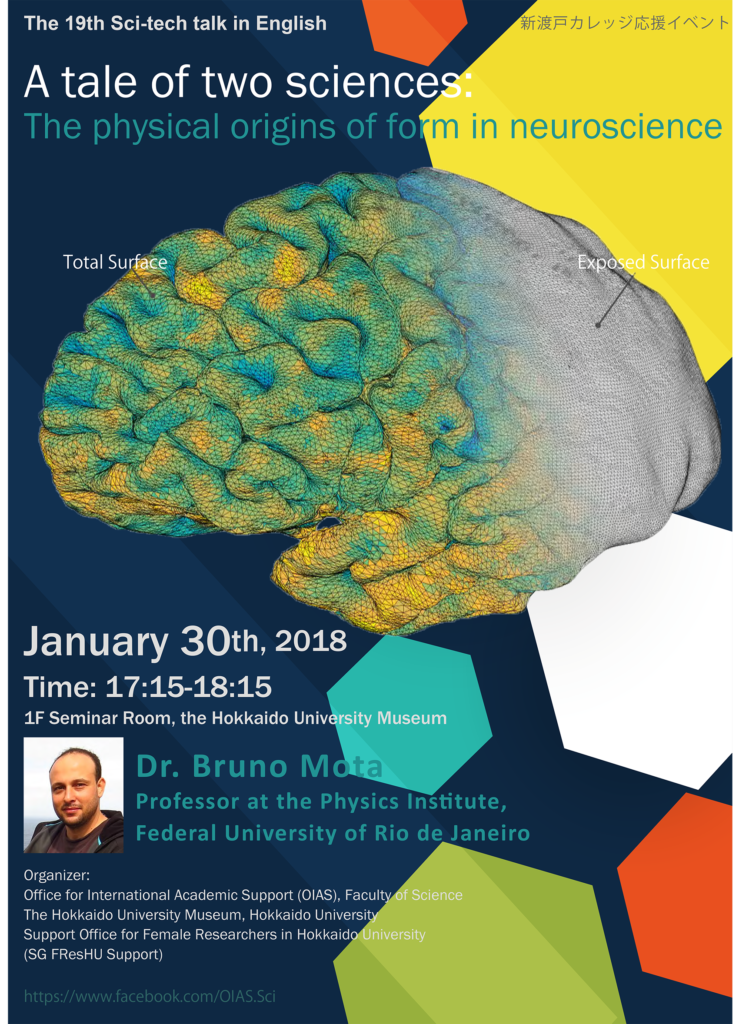