The far-reaching effects of ocean floors on the sea surface

Low rises on the ocean floor at a depth of 5,500 meters in the western North Pacific regulate surface flows and create sharp sea surface temperature (SST) fronts, which have tremendous effects on the climate and marine resources.

In the 2000s, pathways transporting warm water originating in the Kuroshio Current, a northward-flowing current on the western side of the North Pacific, were discovered 1,000 kilometers off eastern Hokkaido, northern Japan. These pathways, which are always found at almost the same locations, are called quasi-stationary jets or Isoguchi Jets, named after the scientist who discovered them, Osamu Isoguchi. 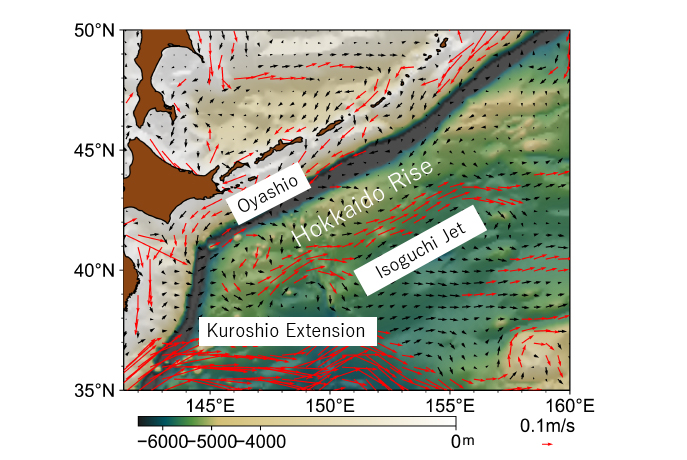 Isoguchi Jets transport warm water to sea zones off Hokkaido, creating sharp SST fronts between the warm water and the cold water from the Oyashio Current, a subarctic current that flows southward in the western North Pacific.

Recent studies have revealed that SST variations in the Subarctic Frontal Zone (SAFZ) can cause far-reaching impacts on extratropical atmospheric circulations in the Northern Hemisphere, a factor triggering climate change. A separate study showed Isoguchi Jets have significant impacts on marine resources that use the jets to migrate. But much has remained unknown about the Isoguchi Jets, including why they form quasi-stationary far from the shore.

In the present study published in Nature Communications, researchers including Hokkaido University Professor Humio Mitsudera examined the role of sea-floor topography with low rises measuring 500 meters at the depth of 5,500 meters (Hokkaido Rise System), which have been overlooked by previous studies. Isoguchi Jets flow above the Hokkaido Rise System. The researchers paid attention to the propagation of Rossby waves, a natural ocean phenomenon caused by the Earth’s rotation which are deflected by eddy-driven flows over bottom rises.

These results were obtained by the JCOPE2 ocean reanalysis conducted by the Japan Agency for Marine-Earth Science and Technology. A similar jet formation mechanism was confirmed by the Meteorological Research Institute’s community ocean model.

“Because many low seabed rises are observed across the globe, a similar mechanism might be at work at various sea zones in mid- to high-latitude ocean zones. We are now conducting theoretical research on simplified topography to generalize the mechanism for surface jets,” says Humio Mitsudera. 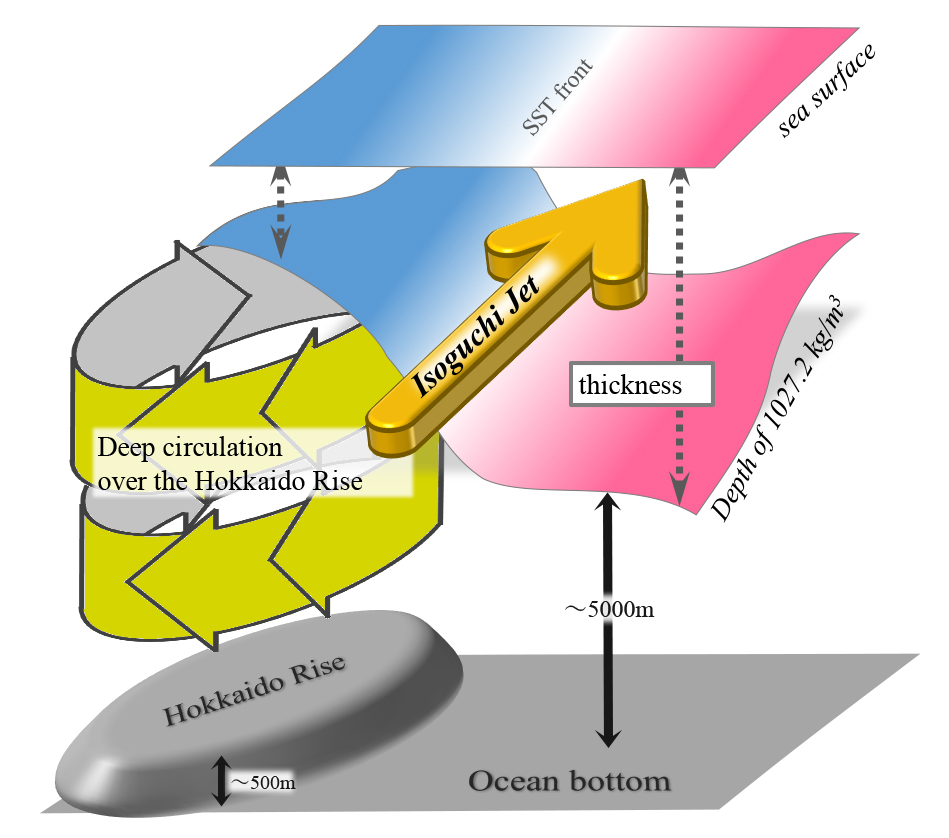