The gene of autumn colours

Researchers have found Mendel’s Stay-Green gene encodes an enzyme that extracts magnesium from chlorophyll, adding clarity to understanding how the pigment degrades. 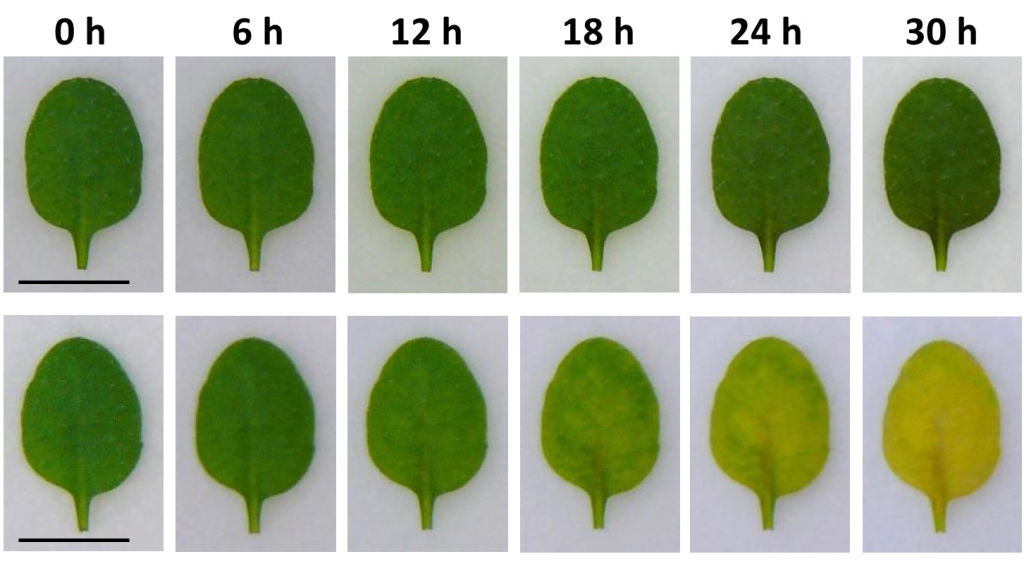 In plants, the pigment chlorophyll plays a central role in photosynthesis: the process of converting sunlight to energy. This process involves creating a flow of electrons by removing one from a molecule and transferring it to another. The first step happens when an electron is transferred from chlorophyll to a compound called pheophytin a.

Autumn leaf colours occur when chlorophyll degrades as a normal part of leaf aging or “senescence”, playing an important role in nitrogen recycling. The process of chlorophyll degradation is triggered when an enzyme extracts magnesium (Mg) from chlorophyll. Researchers have named the enzyme Mg-dechelatase, but have never been able to detect its actual presence in experiments.

Stay-Green mutants allow leaves to retain greenness during senescence. This gene was among several that led Gregor Mendel to establish the basic laws of genetics in the 19th century while studying the characteristics of peas over several generations. However, it has long been unknown what the gene actually encodes.

The team transiently induced SGR in fully green leaves of a small flowering plant called thale cress. They found this resulted in a reduction of chlorophyll levels. They also incubated chlorophyll in a test tube with SGR, which resulted in its conversion to pheophytin a. Chlorophyll can only be converted to pheophytin a by extracting Mg from it. The experiments strongly suggest that Mg-dechelatase is involved in chlorophyll degradation via SGR.

The team’s results also suggest that SGR can also extract Mg from chlorophyll embedded in the light-harvesting complex, therefore leading to degradation of it.  “It remains unclear whether SGR plays a role via Mg-dechelatase activity in supplying pheophytin a for the process of photosynthesis” says Hisashi Ito. “Little is known about the mechanism by which an enzyme extracts a metal ion from an organic compound. Our study may lead to the discovery of novel reaction mechanisms.” 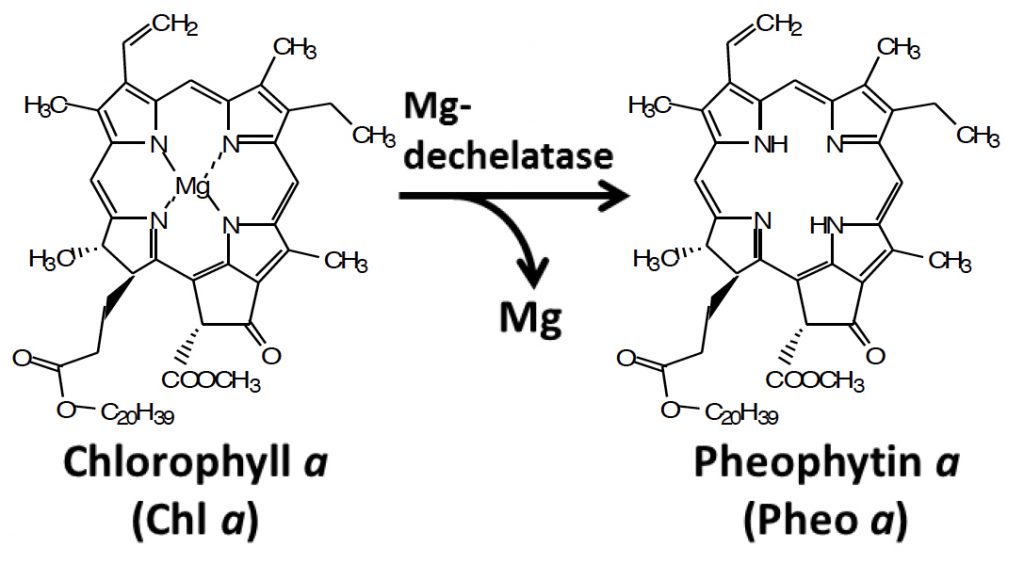