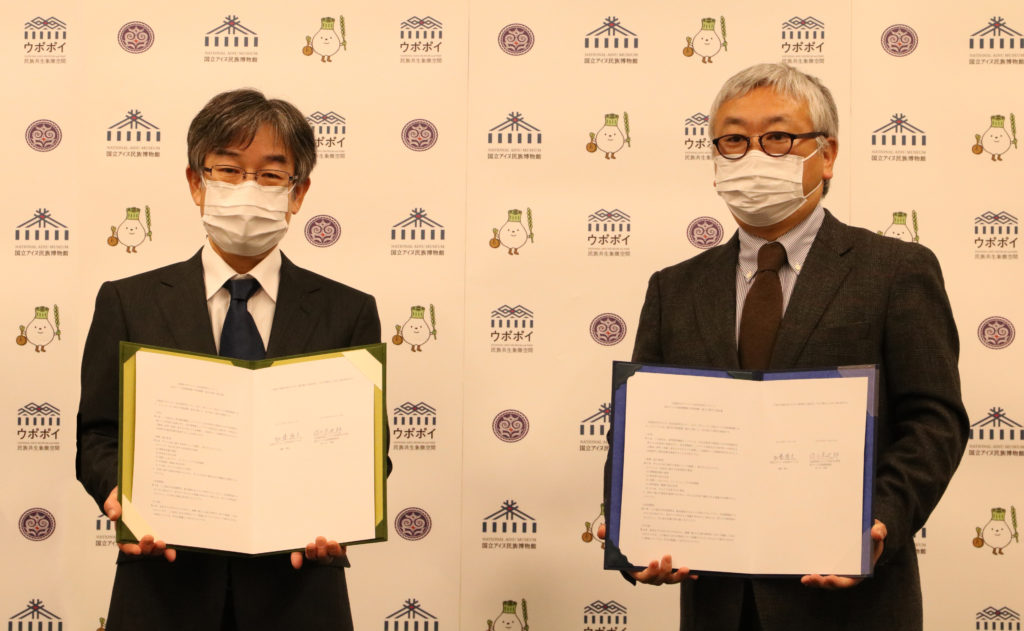 Located in Shiaroi, Hokkaido, The National Ainu Museum is a major facility in Upopoy – National Ainu Museum and Park that has been opened to the public since July 2020. The museum aspires not to just promote the proper Ainu history and culture, but also to create and preserve the culture for future generations by respecting the honor of Ainu people and other indigenous groups around the world.

Towards its establishment, the museum and Hokkaido University had been working in collaboration in its collection and exhibition. On November 13, 2020, a new type of cooperation has just been enacted as an agreement was signed between the two institutions. Representing the National Ainu Museum was the director, Shiro Sasaki. Hirofumi Kato represented Hokkaido University’s Center for Ainu and Indigenous Studies. Also attending the ceremony were Kenichi Minami, the museum’s Deputy Director, and Mokottunas Kitahara, an associate professor from the same institution as Kato. This marked the museum’s first agreement ever signed with an external research institution.

As both institutes are fostering academic learning of Ainu and other indigenous communities, the agreement constitutes a long-term collaborative project taking form in series of international, interdisciplinary joint researches on indigenous people, along with the promotion of the research activities. The museum is under preparation of providing any available educational resources (e.g., documents, analytical instruments) that would be accessible for the joint researchers and visiting researchers.

“To house research activities has always been in our mind even during the conceptualization stage of the museum. Therefore, we are very grateful for this agreement with the Center for Ainu and Indigenous Studies of Hokkaido University,” Sasaki commented. “Compared to the university’s research institution, our museum is still in its infancy period. From this partnership, we are hoping to learn more from Kitahara and his colleagues, especially considering how Hokkaido University has an expansive international network.” 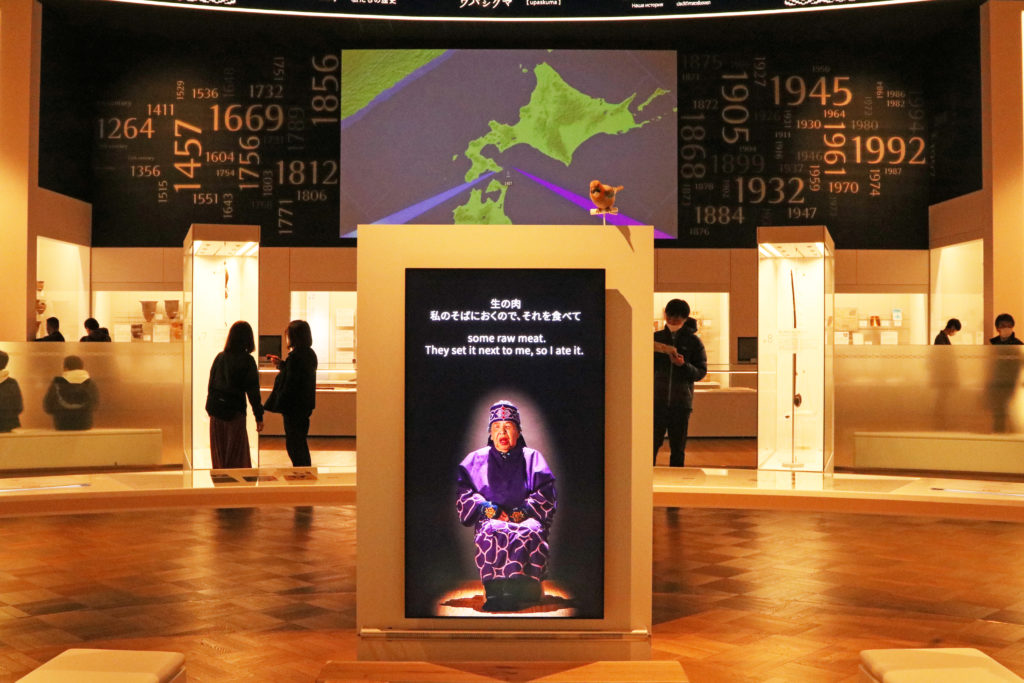 Divided into 6 main themes: Our Language, Our Universe, Our Lives, Our History, Our Work, and Our Exchange, the museum’s main exhibition provides an insight to Ainu culture, owing to a series of researches.

Hokkaido University’s Graduate School of Humanities and Human Sciences has opened a Department of Ainu and Indigenous Studies in 2019 which is, to this date, the only program in Japan to offer Master’s and Doctoral degrees in the discipline. Kato believed the collaboration between the museum and the research institute will contribute to an advancement in the students’ studies.

“Our own institution is in possession of a number of Ainu-related historical literature. Combining them with the cutting-edge analytical tools in the museum, I believe our young students, who are doing research on Ainu people, can progress from these materials in composing their scientific paper,” Kato remarked.

Even so, Ainu-related courses are not limited for internal students. Any interested student from other universities from around the globe could enroll in introductory courses on Ainu Indigenous community that are hosted by Hokkaido Summer Institute (HSI). Kato also hoped that this agreement will pave the way to more collaborations of similar programs with the researchers at the museum, as well as bringing more overseas researchers to Upopoy.

The discussion on the research programs’ realization following the agreement signing is still on-going. By joining hands, they are hoping to achieve the dream of becoming the pivot of indigenous study, both domestic and international. The results of the research are expected to be widely disclosed in an international symposium with the intention of developing an international network with other institutions holding similar visions.