The winning team will compete for the Hult Prize

On December 3rd 2017, the Campus Competition for the Hult Prize was held at Hokkaido University and its judging committee selected the winning team which will move on to the regional competition. The Hult Prize, hosted by the Hult Prize Foundation since 2010, is an annual international competition for student social entrepreneurship. During the Campus Competition at Hokkaido University, 15 teams comprised of 56 students presented their business ideas that would solve refugee related issues around the world. Some teams suggested the use of smartphone applications by which refugees could study languages and search for jobs worldwide while other teams suggested farming at the refugee camps. After each presentation, questions and comments were given by the judges who later evaluated all the presentations to select the winner. 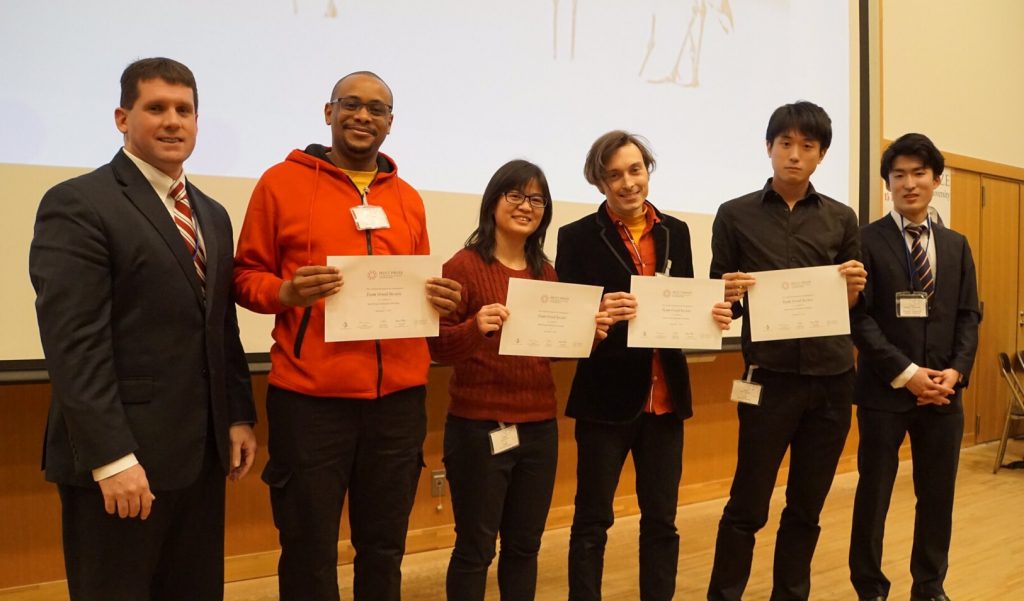 The wining team presented an idea which aims to encourage people to invest money for the refugees. They plan to set up a crowd-funding scheme which collects money from the public and distributes the capital to NPOs and NGOs that support refugees in various ways, such as securing jobs for them. An unique aspect of their plan is that the resettled refugees would over time pay back the costs to the funders as a pension. Yuki Fukuoka, one of the team members and an undergrad student in Law School, reflected on the matter: “Due to the large influx of refugees to Europe, they are often seen as a problem in the countries accepting them, rather than an asset to society. We want to align the personal interests of host citizens and refugees because we believe that’s the only robust and long-lasting solution. Ultimately, we want to help create a welcoming atmosphere towards refugees who seek better lives”. 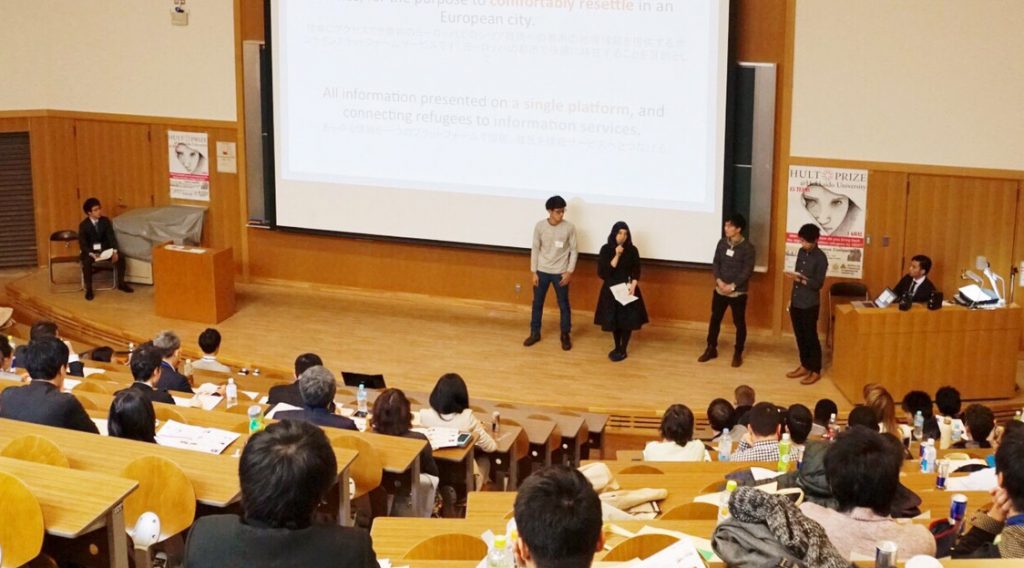 A presentation by one of the 15 teams 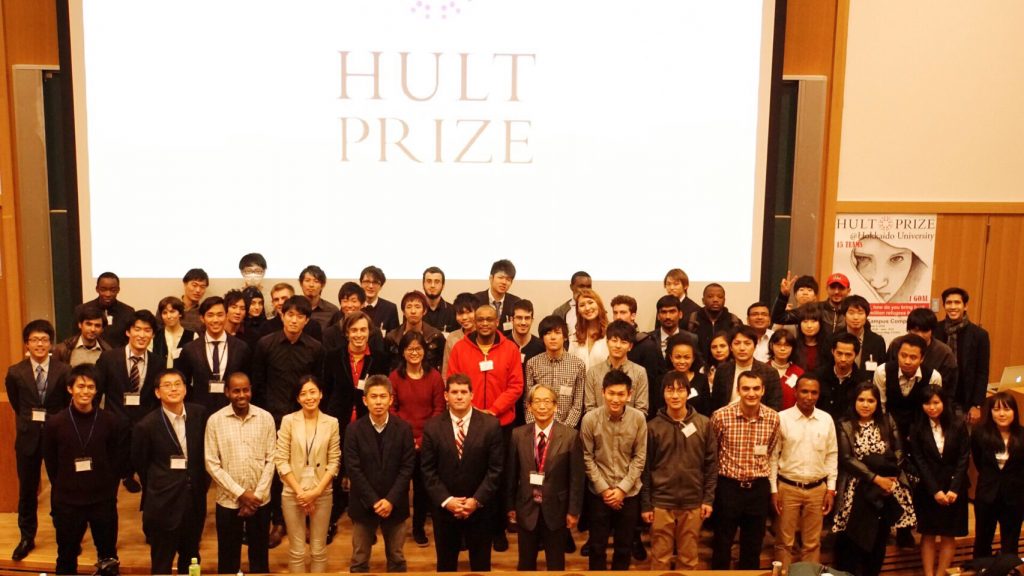 The participants of the Campus Competition at Hokkaido University