Treating diseases at their origin

Hokkaido University scientists are getting closer to understanding the function of a protein involved in vital cellular processes. This may lead to the discovery of drugs that can treat some cancers and autoimmune disorders.

The protein STAT3 plays an important role in cell proliferation, survival and migration, making it an important modulator in inflammatory and malignant diseases. Mutations to the gene that signals its production can lead to a variety of diseases, including cancers and autoimmune disorders such as lymphoma, leukaemia, and childhood-onset autoimmunity. Understanding how STAT3 works is important to finding drugs that can treat these diseases.

Scientists at Hokkaido University in Japan investigated the molecular mechanisms that regulate STAT3 activity. They found that another protein, called ARL3, played an important role in the STAT3 pathway. By recognizing and strongly binding to STAT3, it facilitates the transportation of STAT3 into the nucleus and its accumulation there. In the nucleus, STAT3 then binds to special DNA sequences to regulate the turning on and off of certain genes. 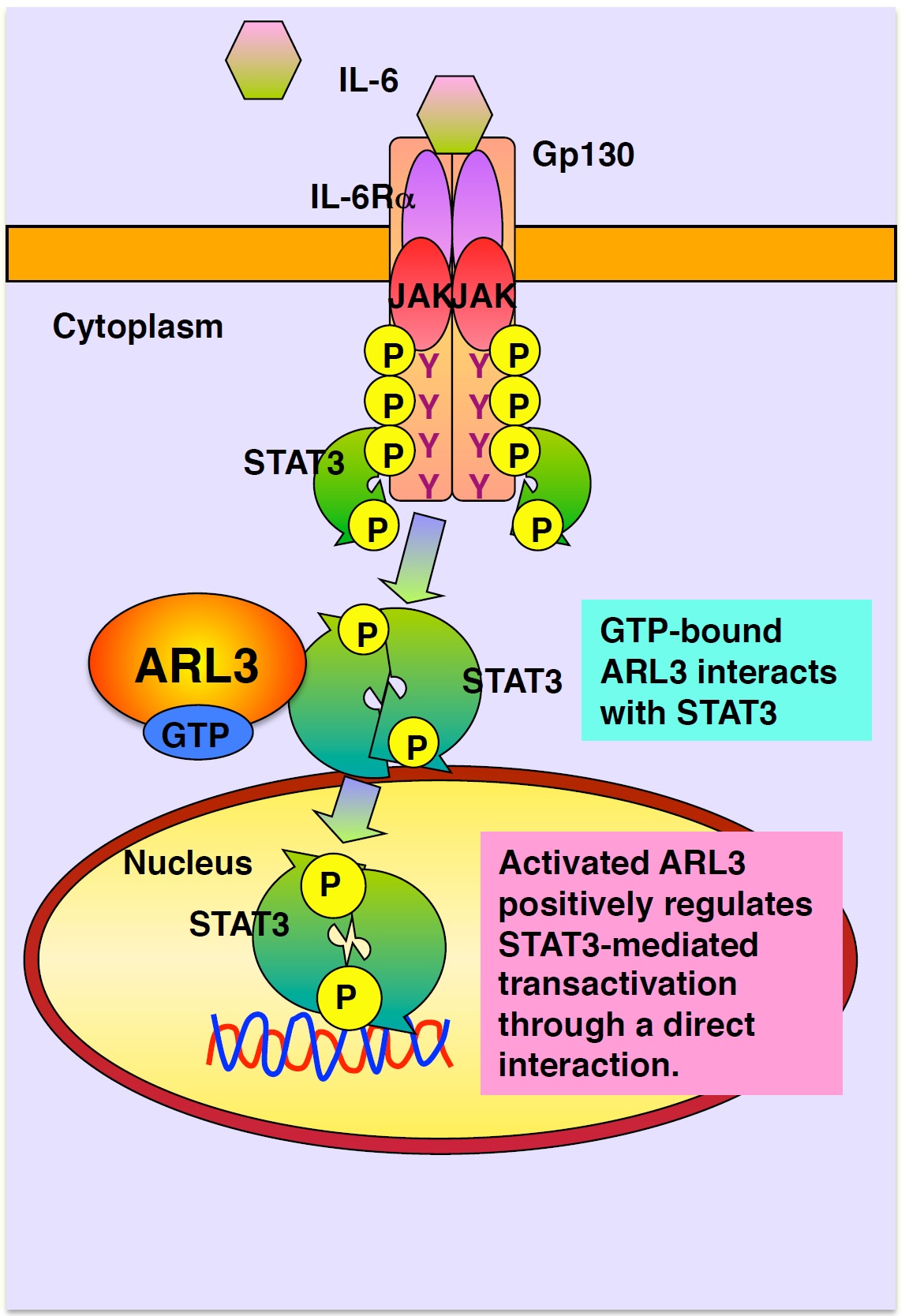 ARL3 binds to STAT3, facilitating its transportation and accumulation in the nucleus. JAKs induce the tyrosine phosphorylation of STAT3. The phosphorylated STAT3 forms a dimer and translocates from the cytoplasm to the nucleus where it binds to DNA and coactivators and induces gene transcription.

Inhibiting the expression of ARL3 in cultured cells led to a decrease in STAT3’s activity and consequently in the expression of its target genes. It also supressed STAT3-dependent proliferation of cells, indicating ARL3’s important regulatory role on STAT3 and its pathways.

Based on previous studies, the team believes that ARL3 might also influence certain proteins involved in the transfer of STAT3 and other molecules into and out of the nucleus. Additionally, they believe that ARL3 might regulate STAT3 by facilitating its interaction with microtubules, which help to transport substances within the cell.

“Clarifying each step of STAT3 regulation is important because STAT3 is a key player in the pathogenesis of diverse human diseases and is a prime target for novel therapies,” the researchers write in their study, published in the Journal of Biological Chemistry. “Specific inhibitors of the STAT3-ARL3 pathway are good candidates for the treatment of STAT3-related human diseases.”

A new STAT3-binding partner，ARL3，enhances the phosphorylation and nuclear accumulation of STAT3, The Journal of Biological Chemistry (04.05.2016)