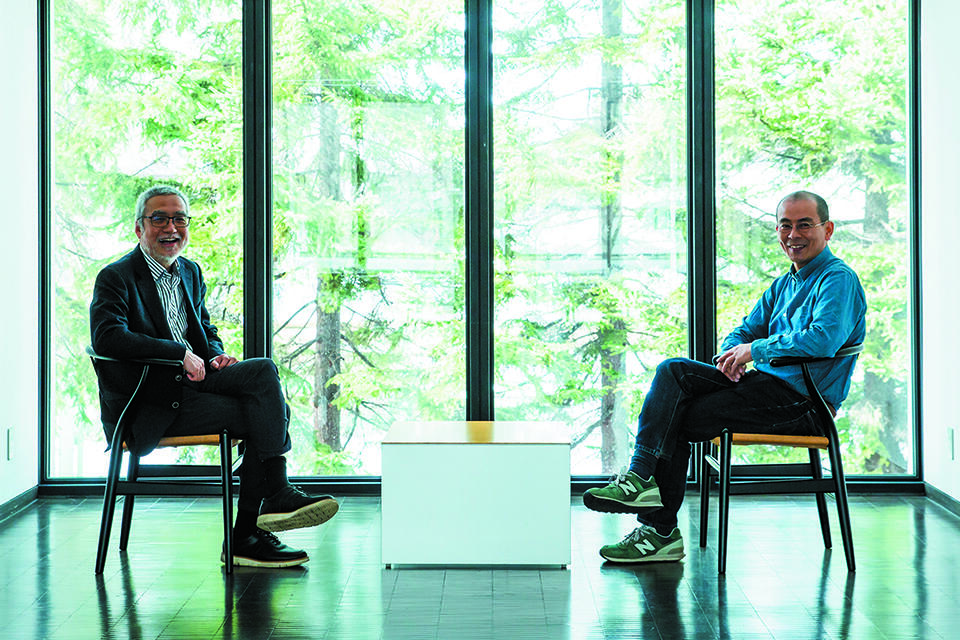 The Ig Nobel Prize, established in 1991, is awarded to “research that makes people laugh and then think” and is also known as the “behind-the-scenes Nobel Prize.” This year, the online award ceremony was held on September 9 (Boston time, USA), and it was the 15th consecutive year that a Japanese researcher won the prize. Our university has two Ig Nobel Prize winners: Professor Toshiyuki Nakagaki of the Research Institute for Electronic Science, who won the Cognitive Science Prize in 2008 and the Transportation Planning Prize in 2010, and Associate Professor Kazunori Yoshizawa of the Research Faculty of Agriculture, who won the Biology Prize in 2017. The prize-winners, who have been researching “slime mold” and “barklice,” respectively—both of which are unknown to most people—discussed each other’s research and the environment of Hokkaido University.

Conveying the true joy of science through unexpectedly funny research

Yoshizawa: You have won the Ig Nobel Prize twice. What was it like when you won the first one?

Nakagaki: The Ig Nobel Prize is a parody of the Nobel Prize, so when I went to the first award ceremony, I thought the mood would be more chilly. I thought I would be the target of ridicule. But it was a very fun ceremony full of all kinds of tricks and little stories. 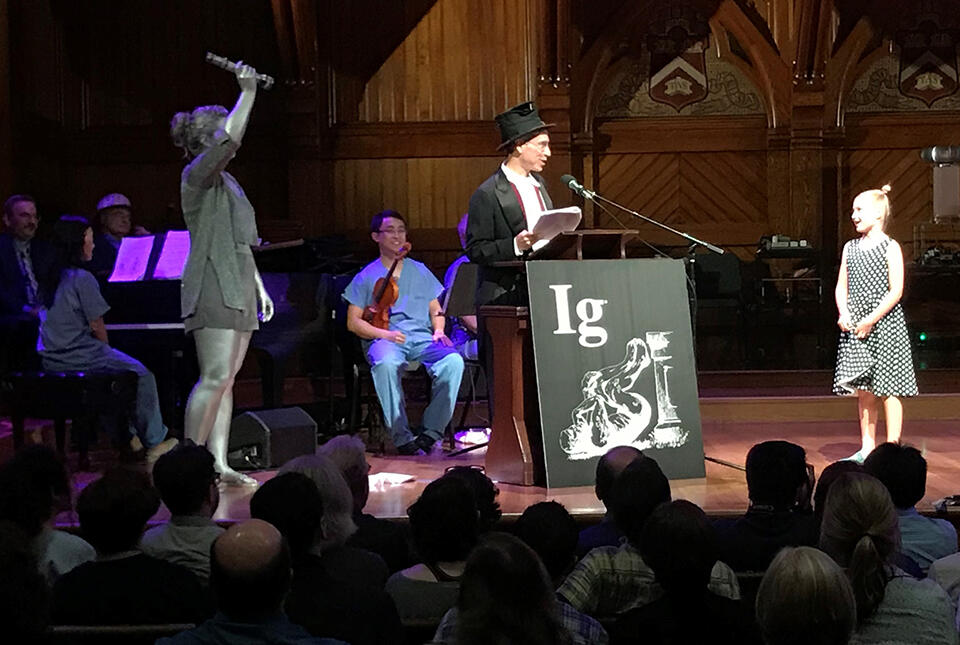 Yoshizawa: I wasn’t able to attend the ceremony when I was awarded, but I felt that way when I watched the broadcast of the ceremony. They used the Nobel Prize and the authority itself as a laughing stock.

Nakagaki: The spirit of the prize is to make people laugh and then make them think, isn’t it? In addition to conveying the true joy of science to the world through research, people also laugh when they see something truly unexpected.

Yoshizawa: Researchers, including us, are extremely serious, and that’s why it’s so interesting.

Discovery of Insects with Male and Female Sex Organs Reversed

Nakagaki: Mr. Yoshizawa, you won an award for your research on a new insect species in which the male has a vagina, and the female has a penis.

Yoshizawa: Reproduction is a competition between sexes to maximize benefit. The insect I studied, a genus of barklice called Neotrogla, lives in a very nutrient-poor cave in Brazil, so the semen of the male is a valuable source of nutrition for the female. So the female has evolved to have a switching valve to increase the amount of semen receiving ports to two, so that it can receive twice as much semen. And the female penis evolved as a structure to actively receive semen from males. 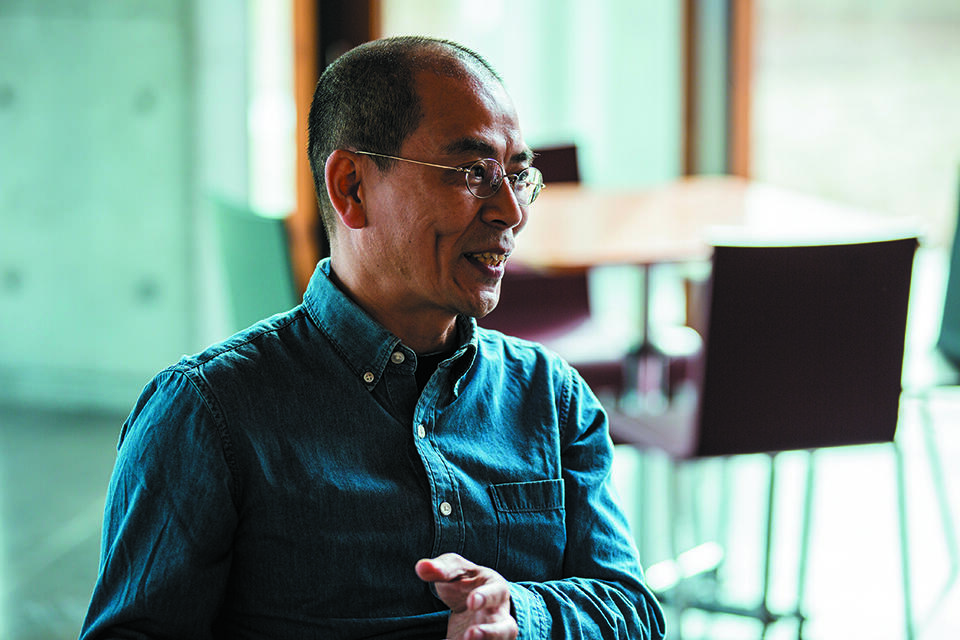 Yoshizawa: During mating, the female inserts her penis into the male’s body and sucks out the sperm and nutrition. There is a fierce struggle between the male and female, like, “Give me the semen!” “No, I won’t do it so easily!” (laughs)

Nakagaki: So it’s the opposite of ordinary creatures.

Yoshizawa: My current guess is that females came to have penises as the power relationship during mating was reversed. 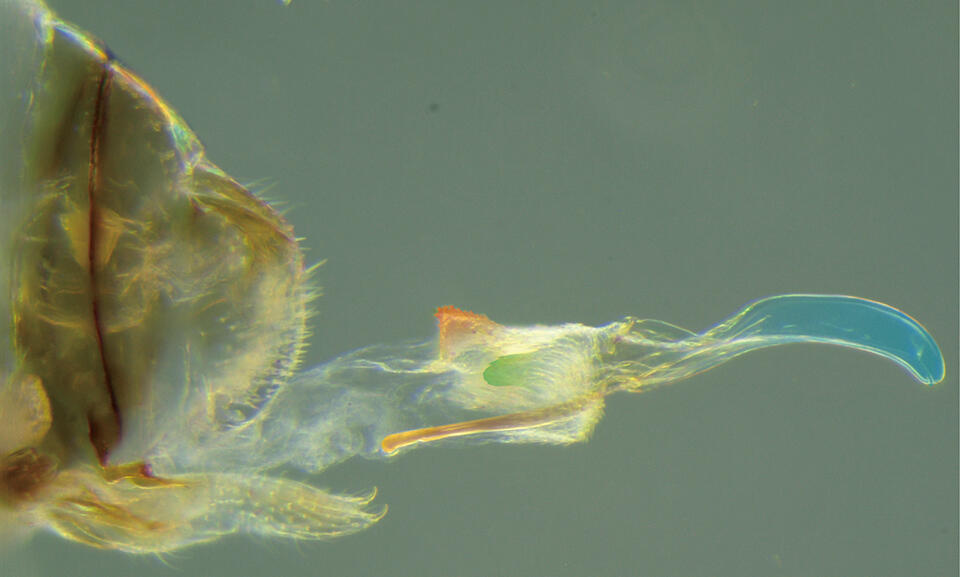 The copulatory organ of female Neotrogla. The blue-colored part is the female penis. (Photo by Kazunori Yoshizawa)

Demonstrating the cleverness of slime mold, a single-celled organism that solves mazes

Yoshizawa: Your paper was published in Nature, wasn’t it? I happened to be flipping through the magazine, and the moment I saw a photo of slime mold solving a maze, I immediately thought, “This is interesting!” Even if you don’t understand the logic, you can intuitively understand the essence of the research.

Nakagaki: Originally, I was studying the behavior of single-celled organisms, and I was always thinking about how to show their performance in an easy-to-understand way. For my research, I kept a true slime mold called “mozihokori” or “the blob” (Physarum polycephalum) and fed it oatmeal. And I tried placing the food far away, putting obstacles in the way, and creating situations that would be difficult for the slime mold.

Yoshizawa: Did it avoid the obstacles to move forward?

Nakagaki: Yes. When it hit a dead end, it went back. Then I thought it would be a good experiment to do this in a maze. 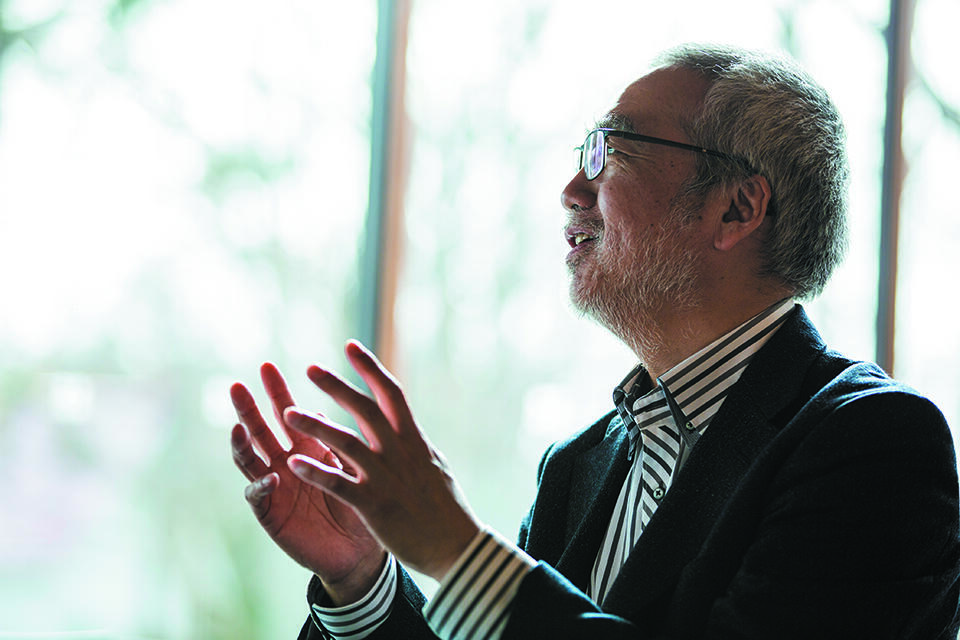 Yoshizawa: Your second award was for your research on transportation networks using slime mold.

Nakagaki: When I increased the number of feeding sites to seven, I thought it would be interesting to try this on a map. Based on a map of the Tokyo metropolitan area, I placed devices that slime mold dislikes in places where it is difficult to set up a transportation network. Then, it would find an efficient route while avoiding those places. We thought this could be applied to the design of transportation infrastructure in society.

Yoshizawa: When you put it side by side with the actual traffic network, you can clearly see the similarity. I was very impressed with this brilliant demonstration.

Yoshizawa: As a researcher, what I find is that—even if you are looking at the same thing—the way you see it is completely different depending on the person. For example, small differences in small insects are immediately apparent to me.

Nakagaki: Yes, yes! It’s interesting that the way you see things changes depending on your knowledge and experience. It’s like training your observational eyes and sensitivity.

Yoshizawa: Nowadays, people are using genome data to estimate the phylogenetic evolution of insects, and it is generally thought that this phylogeny is the most accurate. However, from the perspective of a researcher focusing on the shape of living things, there is a part of me that says, “That’s not true. I want to go against the trend and keep focusing on the shape.”

Yoshizawa: In that sense, fieldwork is also necessary. There are things you can’t see unless you’re in the actual environment.

Nakagaki: In that respect, Hokkaido University is good. You can do fieldwork right on campus. (laughs) 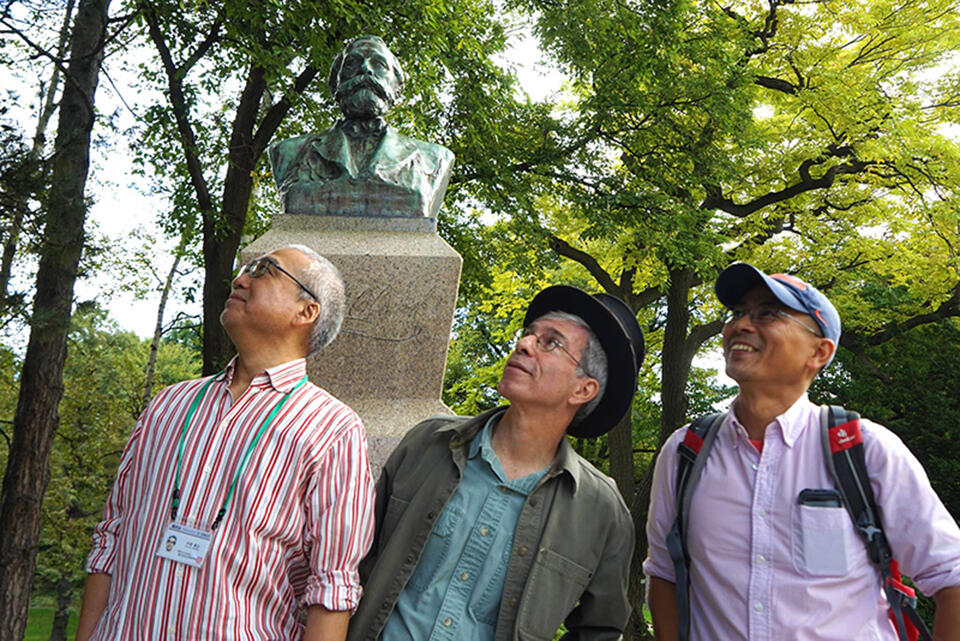 Marc Abrahams (center), the founder of the Ig Nobel Prize, with Nakagaki (left) and Yoshizawa (right) in front of the Clark statue (Photo courtesy of Like! Hokudai)

Yoshizawa: Don’t you think that you are often asked, “How can your research help the world?”

Nakagaki: That’s true. When reporters write an article, I think it would be easier for readers to understand if they conclude with that point.

Yoshizawa: However, I would like to say out loud that basic research, like what we are doing, research that seems “useless” at first glance, is actually important. Really important.

Nakagaki: It is the role of science to stimulate intellectual curiosity, not just to provide concrete benefits to the world.

Yoshizawa: I thought that the point of the Ig Nobel Prize is how interesting the researcher makes the research, and I thought my research was too straightforward.

Nakagaki: I think my research is also too straightforward, but I hear that all the Ig Nobel winners say the same. (laughs)

Yoshizawa: I think the fact that we can do research that could win an Ig Nobel Prize shows the diversity and breadth of the academic field at Hokkaido University. A very simple discipline like insect taxonomy has survived for over 100 years.

Nakagaki: That’s really true. I want to welcome people who have a passionate desire to study something to Hokkaido University.

Yoshizawa: Let’s hope that the future winners will follow in our footsteps. (laughs)

This article was originally published in Japanese in the Hokkaido University brochure Be Ambitious.