A research team, led by Emeritus Professor Kazuhiro Nakaya of Japan’s Hokkaido University, analyzed world-first footage captured by public broadcaster NHK in which two goblin sharks separately captured prey on a total of five occasions. The research has unraveled a century-old mystery surrounding how the deep-sea shark utilizes its protruding jaws, among other factors, to feed itself.

The goblin shark (Mitsukurina owstoni) was first discovered in deep waters off Japan in 1898.

The biting process, named “slingshot feeding” by the researchers, involved the projection of the jaws at speeds of up to 3.1 meters per second—the fastest speed recorded for a fish—over distances comparable to 8.6–9.4 percent of the total length of the shark’s body, far outranking the jaw protrusion of other kinds of shark. The researchers also newly discovered that the sharks opened and closed their mouths again during jaw-retraction, for unknown reasons. 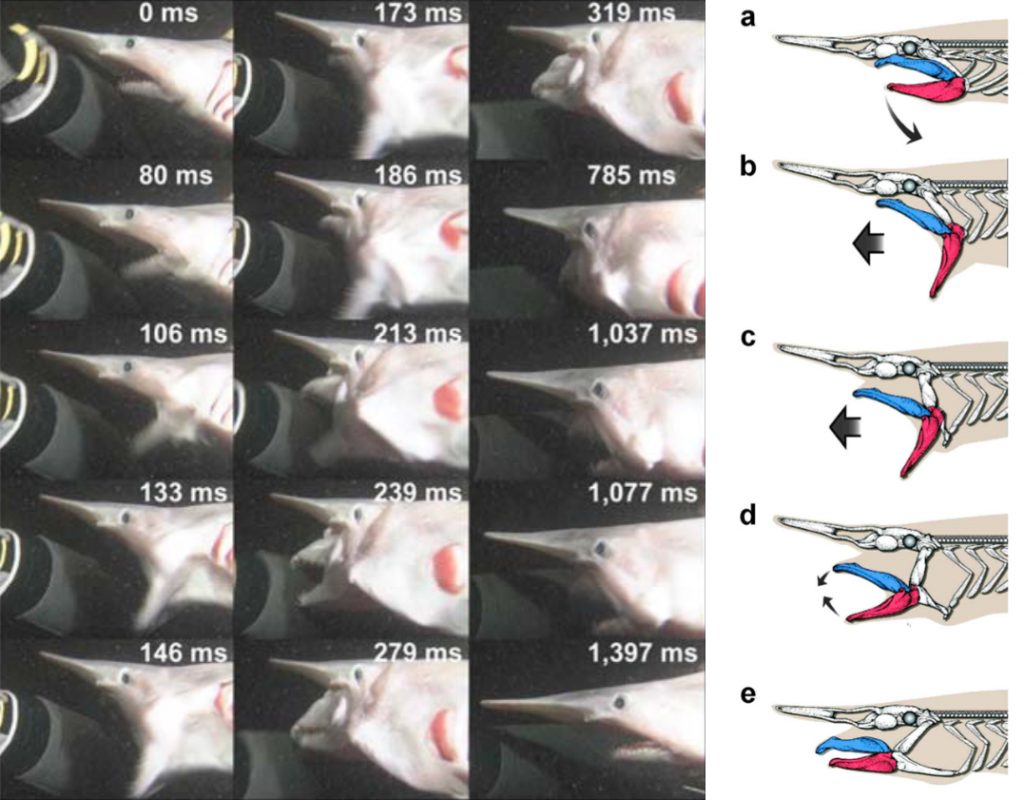 Known as Mitsukuri sharks in Japan, goblin sharks are so called in Western nations due to their somewhat alarming appearance: a pinkish body lacking proper pigment, exposed teeth and protruding jaws. Until now, few details were known about the species. The new findings on once shallow-water-dwelling sharks are likely to have a strong impact on future studies relating to how fish adapt to deep-sea environments.