Unravelling the diversity of the wild house mouse

Scientists have revealed the genetic structure and diversity, and inferred the population history, of the wild house mouse across Europe and Asia. 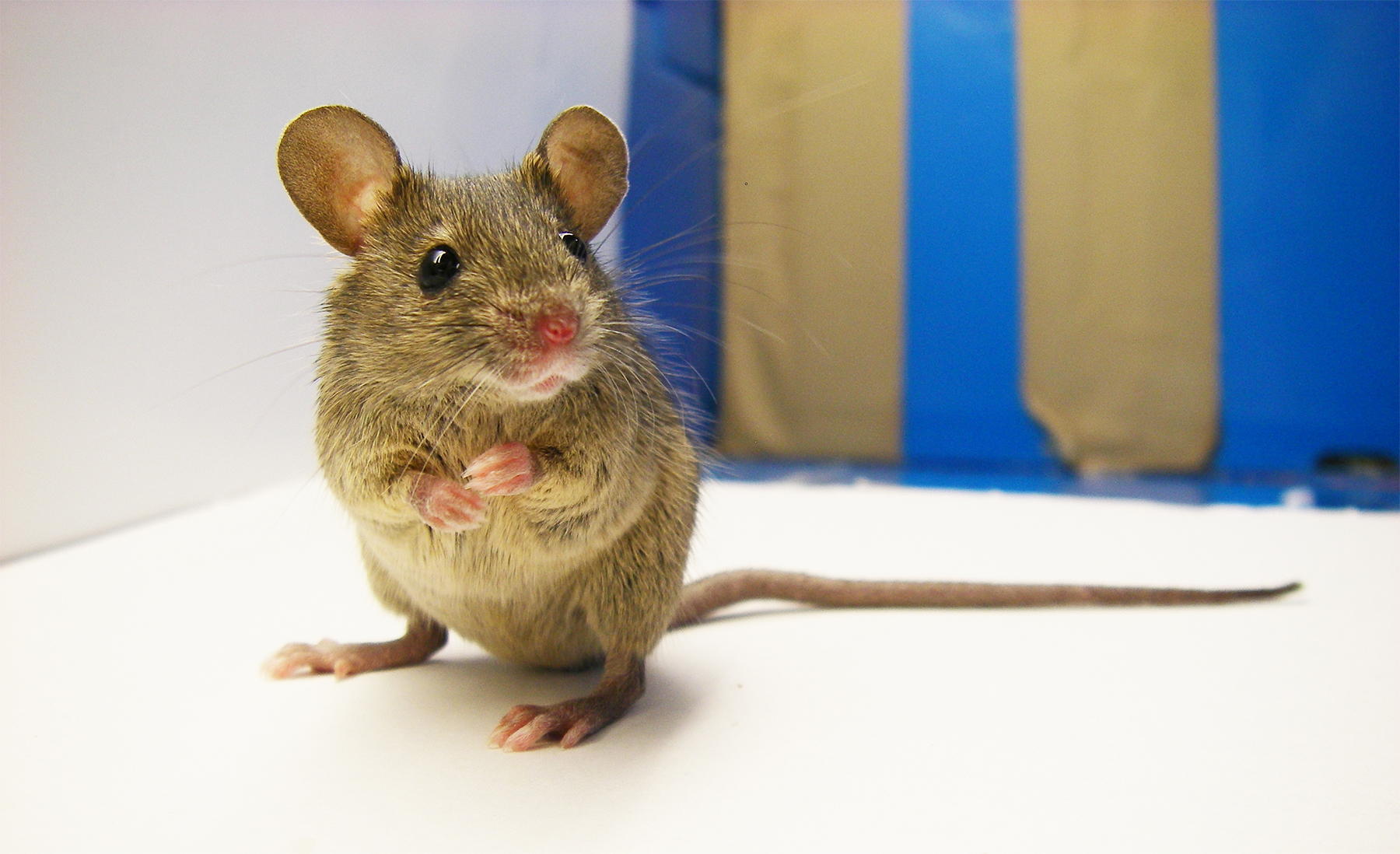 The house mouse, Mus musculus, is the most common rodent and is found across the world. While it is most commonly considered a pest, it has also been domesticated as the pet mouse and laboratory mouse. Laboratory mice have been invaluable to medical and genetics research as a model animal, and have been subject to intensive research, including genomic sequencing. However, the wild house mouse has not been subject to the same level of research.

A team of researchers, led by Associate Professor Naoki Osada at Hokkaido University, has conducted an analysis of whole genome sequences of wild house mice from across Europe and Asia, focusing on East, Southeast, and South Asia. Their findings, published in the journal Genome Biology and Evolution, will facilitate future biomedical and evolutionary research.

Prior research into wild house mice has revealed that, genetically, they are highly diverse. There are three primary subspecies:  M. m. musculus from northern Eurasia, M. m. castaneus from southern and southeast Asia, and M. m. domesticus from western Europe. The inbred variants of laboratory mice represent only a small fraction of the diversity of the wild house mouse.

For this study the team sequenced the whole genomes of 98 wild house mice from across Europe and Asia, collected by Dr. Kazou Moriwaki at the National Institute of Genetics, Japan. They then analysed the whole genome sequences of 121 wild house mice. They confirmed that wild house mice have a greater genetic diversity than humans. In addition, castaneus has the greatest diversity among the three subspecies. Samples from Japan and China showed the highest degrees of interbreeding between the castaneus and musculus subspecies. 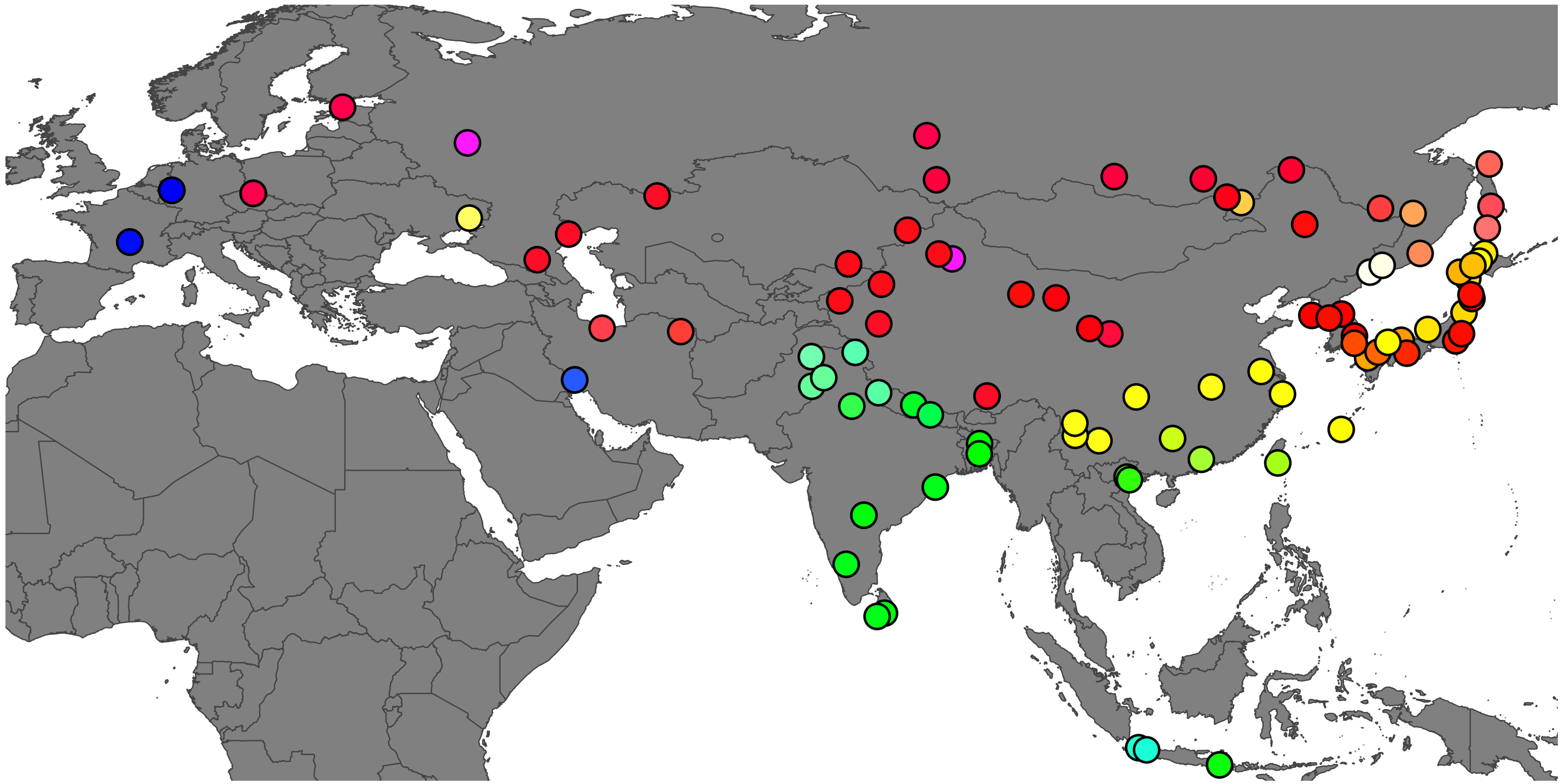 Geographical map of sampling locations of the wild house mice. The colours represent the different subspecies and the degree of interbreeding between them: red for the musculus subspecies, green for castaneus, and blue for domesticus (Kazumichi Fujiwara, et al. Genome Biology and Evolution. May 7, 2022).

The team also reconstructed the population history of the three subspecies. They estimated that the three subspecies diverged 187,000–247,000 years ago, the most recent being the castaneus and musculus split. They also inferred that the dosmesticus and musculus subspecies experienced strong population bottlenecks and expansions in the recent past, which were likely associated with the spread of agriculture.

This study illustrates the genetic diversity of wild house mice across East, Southeast, and South Asia, which had not previously been well studied. In particular they revealed that the extent and geographic range of interbreeding between the subspecies was greater than previously thought, and likely occurred after their spread alongside humans. This will significantly contribute to the understanding of mice models.

“As the lab mouse was bred from wild house mice, our study paves the way for significantly increasing the understanding of mice models,” says Naoki Osada. 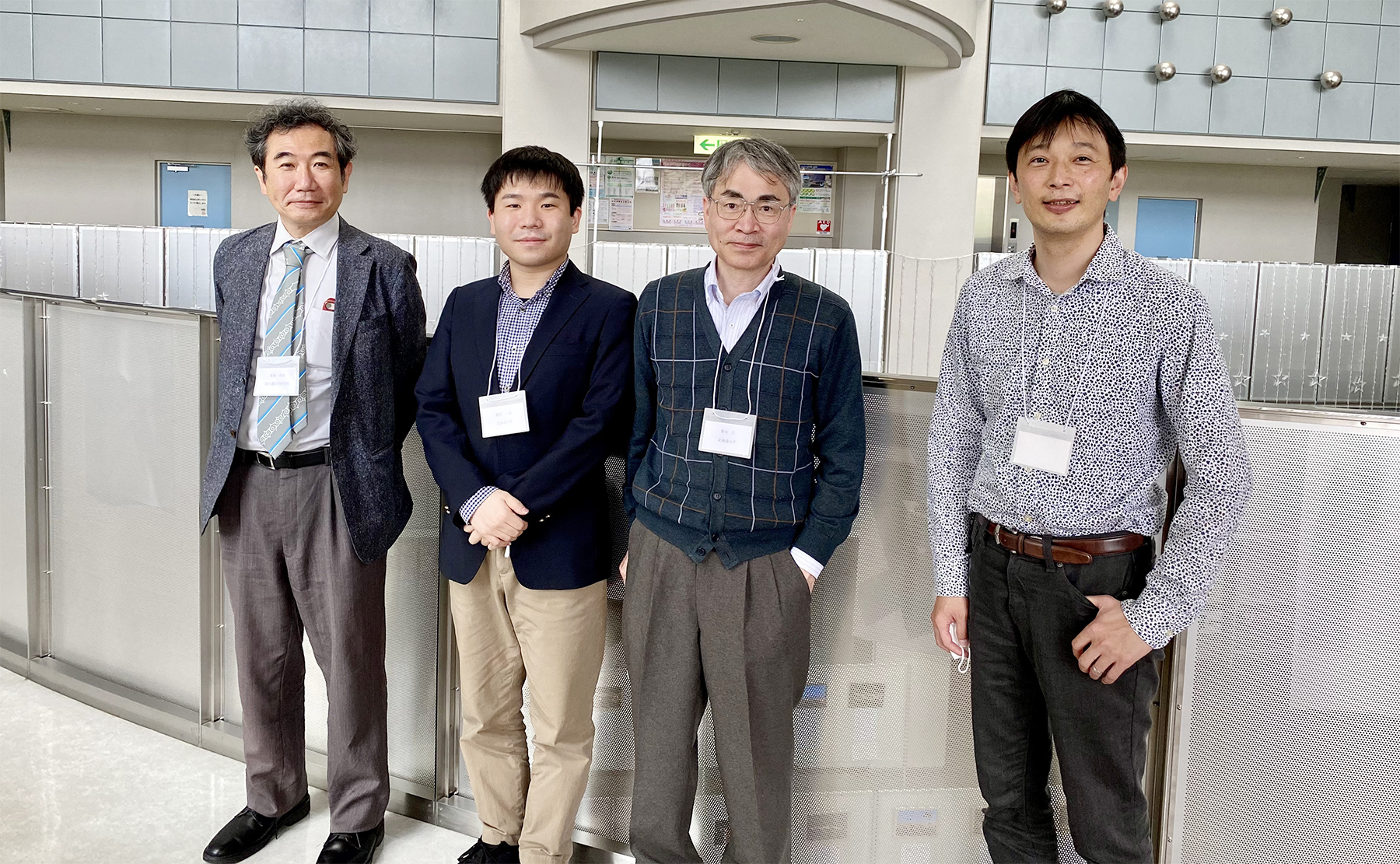 From the left: Naruya Saitou, Kazumichi Fujiwara, Hitoshi Suzuki, and Naoki Osada of the research team. (Photo by Naoki Osada)

This work was supported by the Ministry of Education, Culture, Sports, Science and Technology (MEXT) KAKENHI (18H05511), Cooperative Research of the Inter-University Research Institute Corporation.