Urban squirrels, how much are we disturbing you?

Human disturbance in urban environments makes some squirrels fail, but others perform better in novel problem-solving. 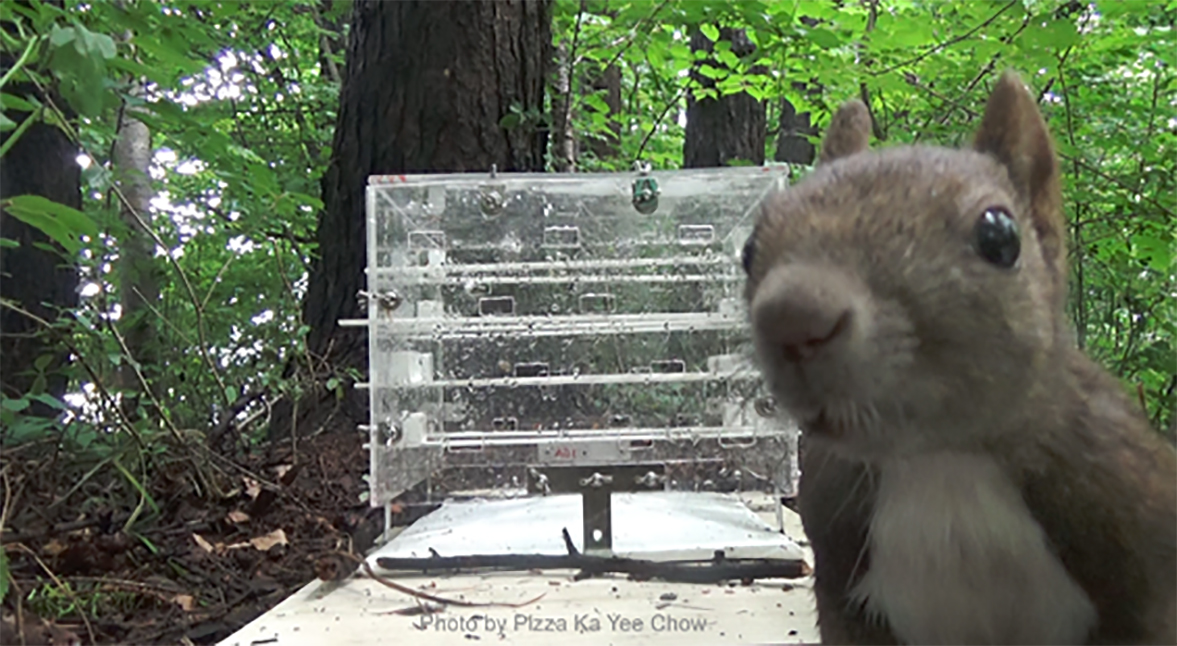 Unlike natural environments, urban areas have artificial buildings, traffics, less greenery, and, most prominently, more humans. Despite these seemingly ‘harsh’ or stressful characteristics, some wildlife like the Eurasian red squirrel have chosen to settle down in urban environments, and they thrive. Urban wildlife often show higher behavioral flexibility and increased ability to solve novel problems, and thus can exploit new resources. However, which characteristics of urban environments influence animals’ performance, and their relative importance, have remained unclear.

In a study published in Proceedings of the Royal Society B, a research team led by Itsuro Koizumi of Hokkaido University set out a novel food-extraction problem for wild Eurasian red squirrels in 11 urban areas in Hokkaido, Japan. This problem contains out-of-reach nuts on levers, and the successful solutions are counterintuitive: a squirrel has to push a lever if it is close to a nut, whereas it has to pull a lever if it is far away from the nut.

A squirrel successfully solved the problem and obtained a nearby nut by pushing the lever. (Pizza Ka Yee Chow et al., Proceedings of the Royal Society B. March 31, 2021)

A squirrel failed to solve the problem and left. (Pizza Ka Yee Chow et al., Proceedings of the Royal Society B. March 31, 2021)

Seventy-one squirrels across 11 urban areas attempted to solve the food-extraction problem, and slightly more than half of them (53.5%) successfully solved it. The research team found that their success decreased in the areas with more humans, more buildings, or more squirrels. However, for those repeatedly solved the task, their solving time shortened over time, especially where there were more humans.

“One of the major stressors, direct human disturbance, led some squirrels to fail and other squirrels to perform better in novel problem-solving,” explains Pizza Ka Yee Chow, the leading author of the paper. “A possible explanation is that even squirrels living in urban areas still perceive humans as potential threats but react differently; the successful ones deployed the solution quickly while others just gave up, both to avoid human approach.”

Their results highlight how the characteristics in urban environment influence animals’ problem-solving performance and have implications on how we can ease human-wildlife conflicts in urban management. 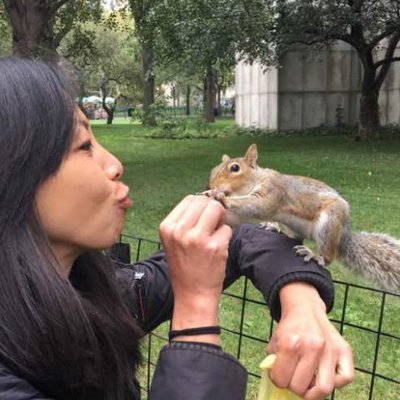 This project was funded by the Japan Society for Promotion of Science (JSPS; PE18011) and the Max Planck Society.