Ice analogs mimicking interstellar ice behave like liquids at temperatures between –210°C and –120°C according to Hokkaido University researchers. This liquid-like ice may enhance the formation of organic compounds including prebiotic molecules and the accretion of dust to form planets.

Molecular bonds in the ice are severed when irradiated by ultraviolet light inside interstellar molecular clouds, facilitating the formation of complex organic substances including prebiotic molecules. Thus, scientists believe interstellar ice to be “cradles” of organic compounds, but little has previously been known about the ice itself.

The team led by Associate Professor Shogo Tachibana of Hokkaido University discovered that ultraviolet-irradiated amorphous ice which mimics interstellar ice exhibited liquid-like behavior at extremely low temperature ranges. This finding should help unravel the mechanisms behind the formation of prebiotic molecules as well as the process that gives birth to planets.

The team sprayed a mixed gas of water, methanol and ammonia onto a substrate which was chilled to -263C/-441F to -258C/-432F and simultaneously irradiated with ultraviolet light. After the ice formed, the researchers turned off the freezer to observe the ice with a microscope as the temperature rose. To their surprise, the ice bubbled like boiling water at temperatures between -210C/-346F and -120C/-184F. Analysis of the gas showed it to be hydrogen molecules, which the researchers believe were formed from methanol and ammonia broken up by UV irradiation. The bubbling shows that the ice was behaving like a liquid, with a viscosity estimated to be similar to that of firm honey.

They then examined pure water. Islands of amorphous water ice were created on a substrate by irradiating crystalline ice with ultraviolet light at -263C/-441F. They observed the islands as the temperature was raised or at a fixed temperature of -213C/-351F. The researchers witnessed the islands of amorphous ice changing shape and spreading over the substrate, which is also a sign of ice behaving like a liquid. The estimated viscosity of this ice was similar to that of silicic magma. This result implies this liquid-like state is common in ice consisting of water. 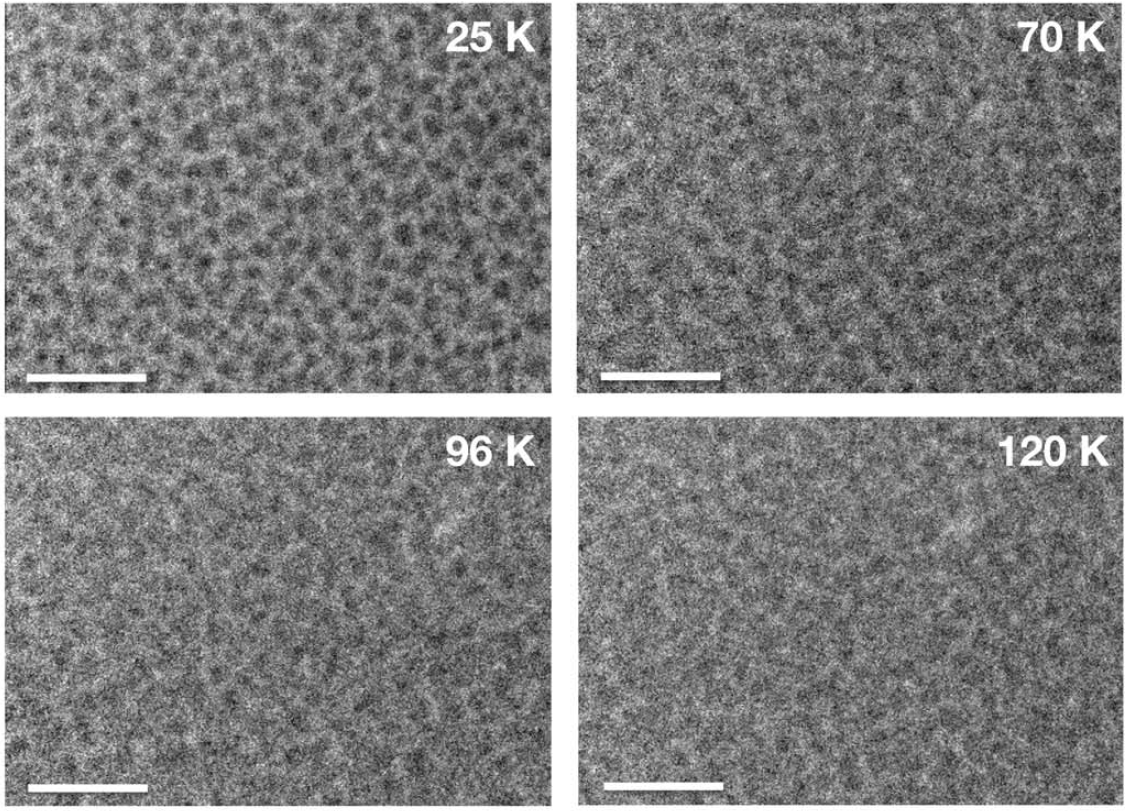 This study was supported by the Ministry of Education, Culture, Sports, Science, and Technology Grants-in-Aid for Scientific Research (KAKENHI 25108002) and the Japan Society for the Promotion of Science (KAKENHI 16H04072).