What causes rats without a Y chromosome to become male?

Joint press release by the University of Missouri and Hokkaido University

A look at the brains of an endangered spiny rat off the coast of Japan by University of Missouri (MU) Bond Life Sciences Center scientist Cheryl Rosenfeld could illuminate the subtle genetic influences that stimulate a mammal’s cells to develop as male versus female in the absence of a Y chromosome. 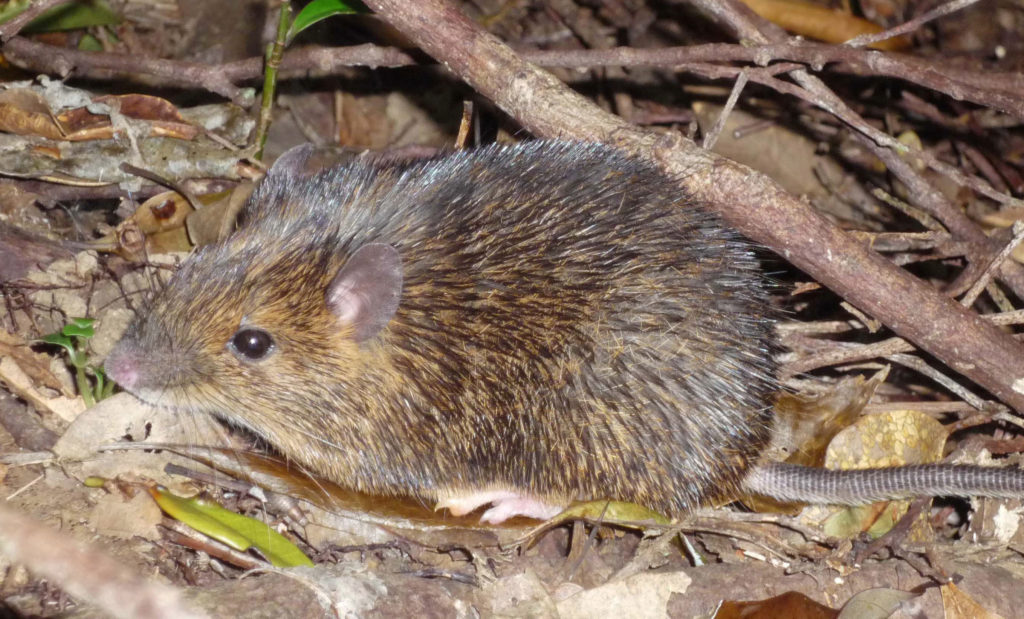 The root of the answer is in the chromosomes of this particular mammal. Males of the Amami spiny rat (Tokudaia osimensis) are not like most therian mammals — a name used to group animals that give live birth including placental mammals and marsupials. Unlike in most mammals, these males have no Y chromosome, which has been shed over eons of evolution. And they only have one X chromosome.

“I’d been interested in these rats for many years now, and it’s unclear how sexual differentiation of the gonads and brain occur in this species since both males and females have a single X chromosome,” said Cheryl Rosenfeld, lead author on the study and an MU researcher.

Since most mammals inherit chromosomes from both parents — an X from our mother and either an X or Y chromosome from our father — the only way to develop as male is to inherit a Y chromosome. That male chromosome contains a sex-determining region Y (SRY) gene that stimulates male sexual differentiation in many mammalian species, including humans. SRY triggers the fetus to become male by producing a protein that binds DNA, which leads to development of testes and subsequent production of testosterone. This steroid hormone then stimulates development of the rest of the male reproductive tract. This surge in testosterone from the testes also programs masculinization of the brain.

Naturally, this got Rosenfeld curious about how the absence of a Y chromosome and SRY might affect gene expression differences in male and female Amami spiny rats. In collaboration with Asato Kuroiwa from Hokkaido University, Takamichi Jogahara of the Frontier Science Research Center in Japan, and Scott Givan, associate director of the MU Informatics Research Core Facility, her laboratory received brain samples from both males and females of this species.

They took those brains, isolated the RNA from them and sequenced the samples of the male and females to compare transcripts between the two sexes. Transcripts are the step between a gene and a protein, essentially a piece of RNA that encodes the information to make a particular protein. Subtle variations in the resulting RNA can change the final protein, giving rise to alternative forms that can exhibit increased or decreased potency. Investigators found major differences between males and females.

“Several different transcripts or isoforms encode the same gene, and while there might be, for example, 10 transcripts for a particular gene, some transcripts are more potent than others and have more effect in individual cells,” Rosenfeld said. “When we compared males to females, there were several hundred more transcripts upregulated in males than females. Our thought is that since both have the same sex chromosomes, the resulting differences could be originating from the fact that the males might have more of one of the more potent transcripts.”

Expression differences in such transcripts might also arise due to epigenetic changes, which are alterations that affect the turning on/off of certain DNA regions but without affecting the DNA itself. Potentially, in females, these more effective transcripts are not expressed because of such epigenetic changes.

When the team – including MU student Madison Ortega who is in the MU Initiative for Maximizing Student Diversity (IMSD) program — looked closer, they realized many of the transcripts expressed in males encode for various zinc finger protein genes. In males, these genes can be turned on by SRY and are thought to significantly influence sex development.

“What we think might be happening is the males might be turning on all these other zinc finger transcripts that may compensate for the absence of SRY, so they influence undifferentiated gonad to become a testes and help program the brain to be male. Without these zinc finger protein transcripts, female sexual differentiation of the gonad and brain might result,” Rosenfeld said. “It’s possibly it’s more of a potential gradient within these rodents, where you have to turn on all these other zinc finger protein transcripts in males to stimulate male sexual differentiation and compensate for the absence of SRY.”

With the potential extinction of Amami spiny rats on the horizon, furthering this research has a degree of urgency.

“By elucidating more of the mechanisms in this endangered species, I think it might help us save the species or facilitate them being bred in captivity,” Rosenfeld said.

She hopes this research will continue with her team fully sequencing the genome of the Amami spiny rats to look more closely at what’s going on and how that might lead to a better understanding of the nuances of how animals without a Y chromosome undergoes male sexual differentiation.

“If you move outside the mammals, there are all sorts of sex chromosomes and exceptions like the duckbill platypus who has five sets of X and Y, and they can’t find differences between males and females,” Rosenfeld said. “People are focused on sex chromosomes and the SRY gene that they might be forgetting other contributing factors. By understanding these anomalous species, it opens up the idea that the mechanisms regulating gonadal and brain sexual differentiation are quite complex and not fully understood.”

This research published in BMC Genomics on January 25.