Why is skin thick on the soles of the feet?

A team of Hokkaido University researchers has established a method for capturing live, three-dimensional, high-resolution images deep within the skin of living mice, casting light on the precise manner in which cells divide to maintain the thick outer layer of skin.

It has long been known that the thickness of the epidermis varies around the body. For example, skin is thicker on the soles but thinner on the ears. However, the mechanism for maintaining the relative thickness of the outer skin, or epidermis, has been largely unknown.

Now, the research group, led by Professor Tomomi Nemoto of the university’s Research Institute for Electronic Science, has established a new method for three-dimensional, real-time observation of the deep structure of the skin in living mice using advanced microscopy technology. 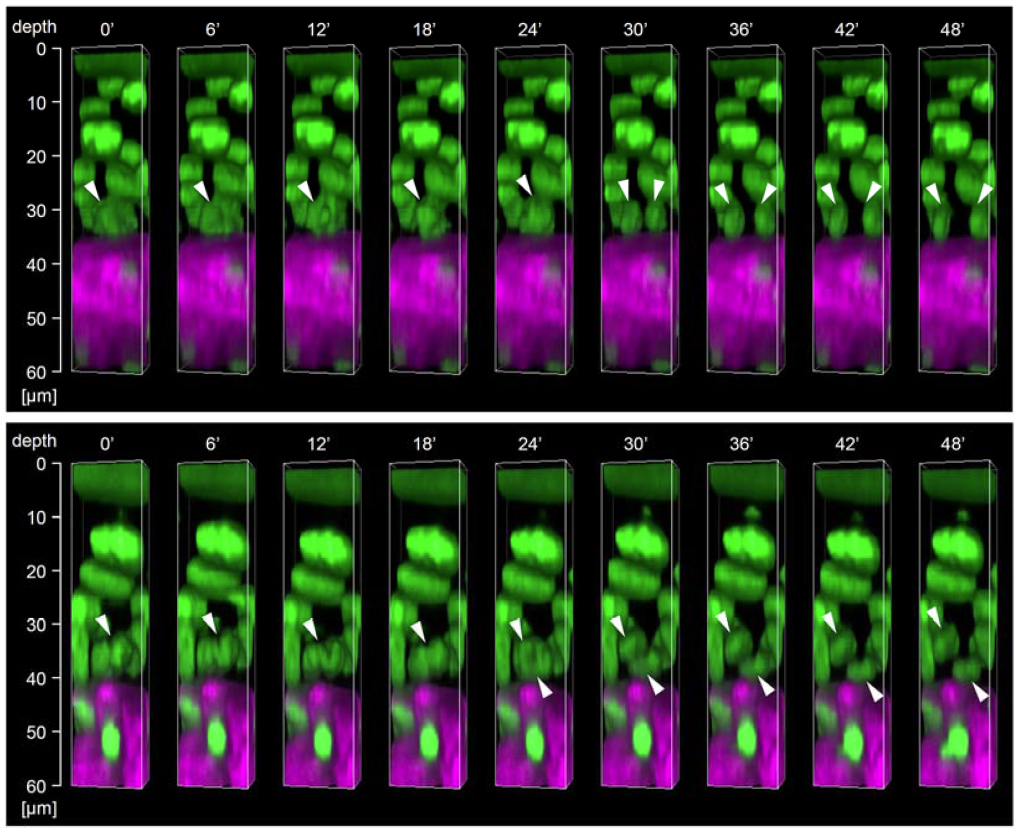 Of the epidermis’s characteristically layered structure, only the basal cells—which constitute the deepest part of the skin—can divide. Cells produced by division gradually move toward the surface, where they eventually keratinize and peel off—skin is thus maintained through this cyclic process.

In a process known as in vivo imaging, the researchers used a two-photon microscope to observe the cells of living mice. Their method allowed for cells deep inside the body to be imaged at high resolution without hurting the mouse; the non-invasive method has the further advantage of allowing real-time monitoring.

The team’s analysis revealed for the first time that in thicker skin, basal cells divide obliquely with high frequency, whereas for basal cells in thin skin—such as the back and ears—divisions in the basement membrane were mostly parallel. By analyzing divisional direction three-dimensionally, correlations were found between the thickness of the epidermis and the frequency of oblique division with regard to the basement membrane.

“Our results suggest that the direction of cell division is a key factor in understanding how the outer skin maintains homeostasis, or a relatively stable state of equilibrium,” says Professor Nemoto. “I hope that our live-imaging method will aid future understanding of skin diseases, allergic reactions and defense mechanisms, and help in the development of medicines.”