Hokkaido University Ambassador Christofora Hanny Wijaya was chosen as the recipient of 3 awards and titles in the autumn of 2018. She received these accolades due to her contributions to research and as an educator.

She was first awarded the Science, Technology, and Innovation “Anugerah Adibrata” award on August 10th, 2018 in a ceremony held in Pekanbaru, Indonesia. The award is the highest given to Indonesian innovators and is presented to individuals who produce innovations that “significantly increase national independence and competitiveness.” Professor Wijaya was granted the award for her research on “the conservation and utilization of Indonesian local wisdom and bio-resource potencies on its chemistry point of view to develop functional foods and functional food ingredients.” 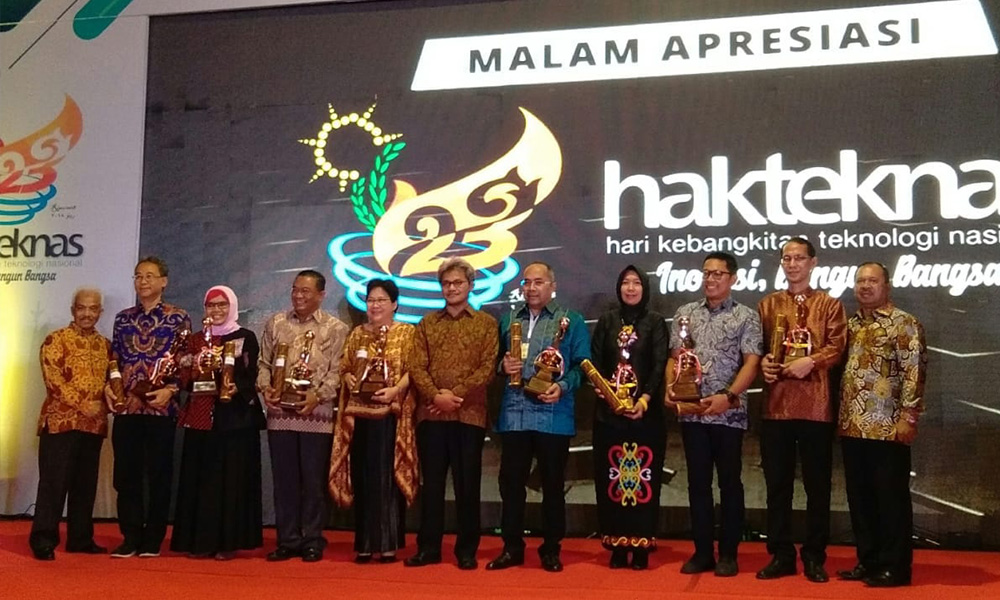 HU Ambassador Wijaya (fifth from left) and other winners of the Science, Technology, and Innovation “Anugerah Adibrata” Award on August 10th, 2018.

Next, on October 25th, 2018, Professor Wijaya was selected to become a fellow of the International Academy of Food Science and Technology (IAFoST) in a ceremony in Mumbai, India. Fellows are elected to the Academy and are acknowledged by their peers as “outstanding representatives of international food science and technology”. 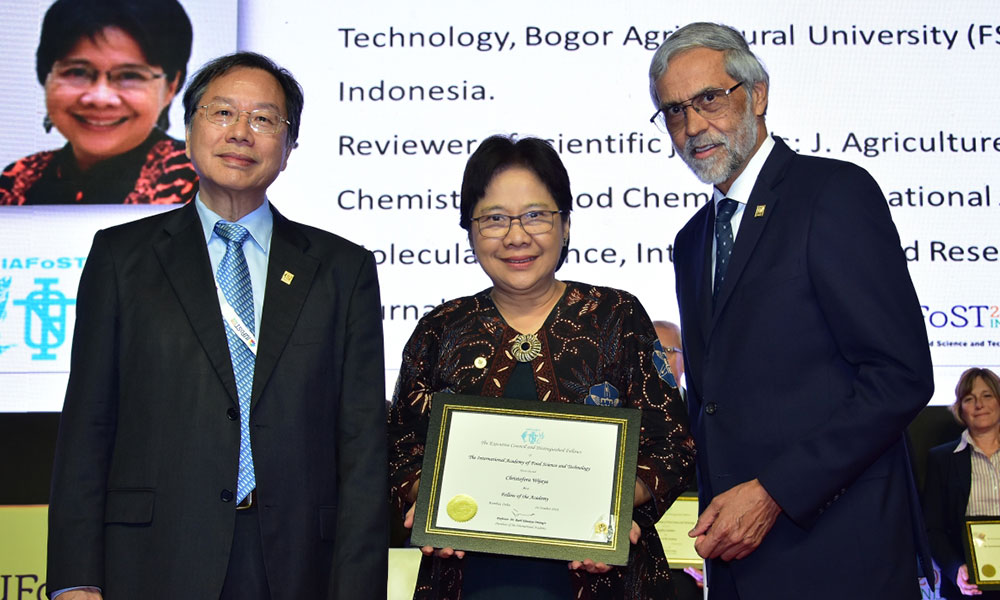 Hokkaido University Ambassador Christofora Hanny Wijaya (center) upon being accepted as a member of the International Academy of Food Science and Technology (IAFoST) on October 25th, 2018.

Shortly after, on October 30th, 2018, Professor Wijaya was selected as one of the highest achieving lecturers in the field of Science and Technology by Indonesia’s Ministry of Research, Technology, and Higher Education, at a ceremony held in Jakarta. She was selected out of a pool of 265 researchers and shared the honor with two others in the same category. 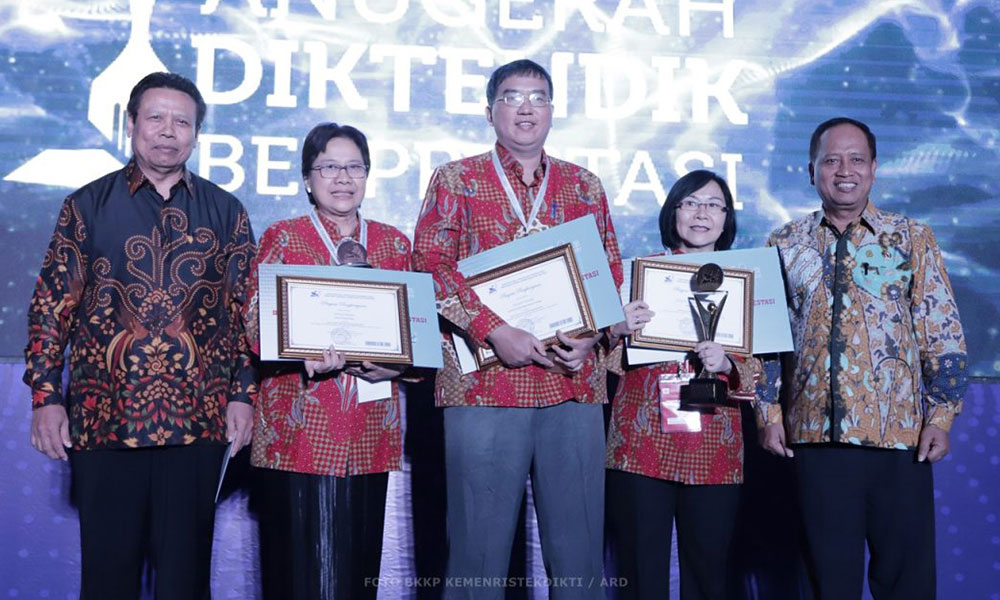 HU Ambassador Professor Wijaya (second from left) being recognized as one of Indonesia’s highest achieving lecturers in the field of Science and Technology by Indonesia’s Ministry of Research, Technology, and Higher Education on October 30th, 2018.

In addition to these awards, in 2018 Professor Wijaya was also granted a “JSPS BRIDGE” fellowship by the Japan Society for the Promotion of Science. The fellowship was shared with Professor Yasuyuki Hashidoko of Hokkaido University. Recipients of the fellowship are encouraged to “create, maintain, and/or strengthen the researcher’s network” between the recipient’s home country and Japan.