This article is an excerpt from the research magazine “Tackling Global Issues vol.3 Fighting the menace of zoonosis.”  Click here to see the table of contents. 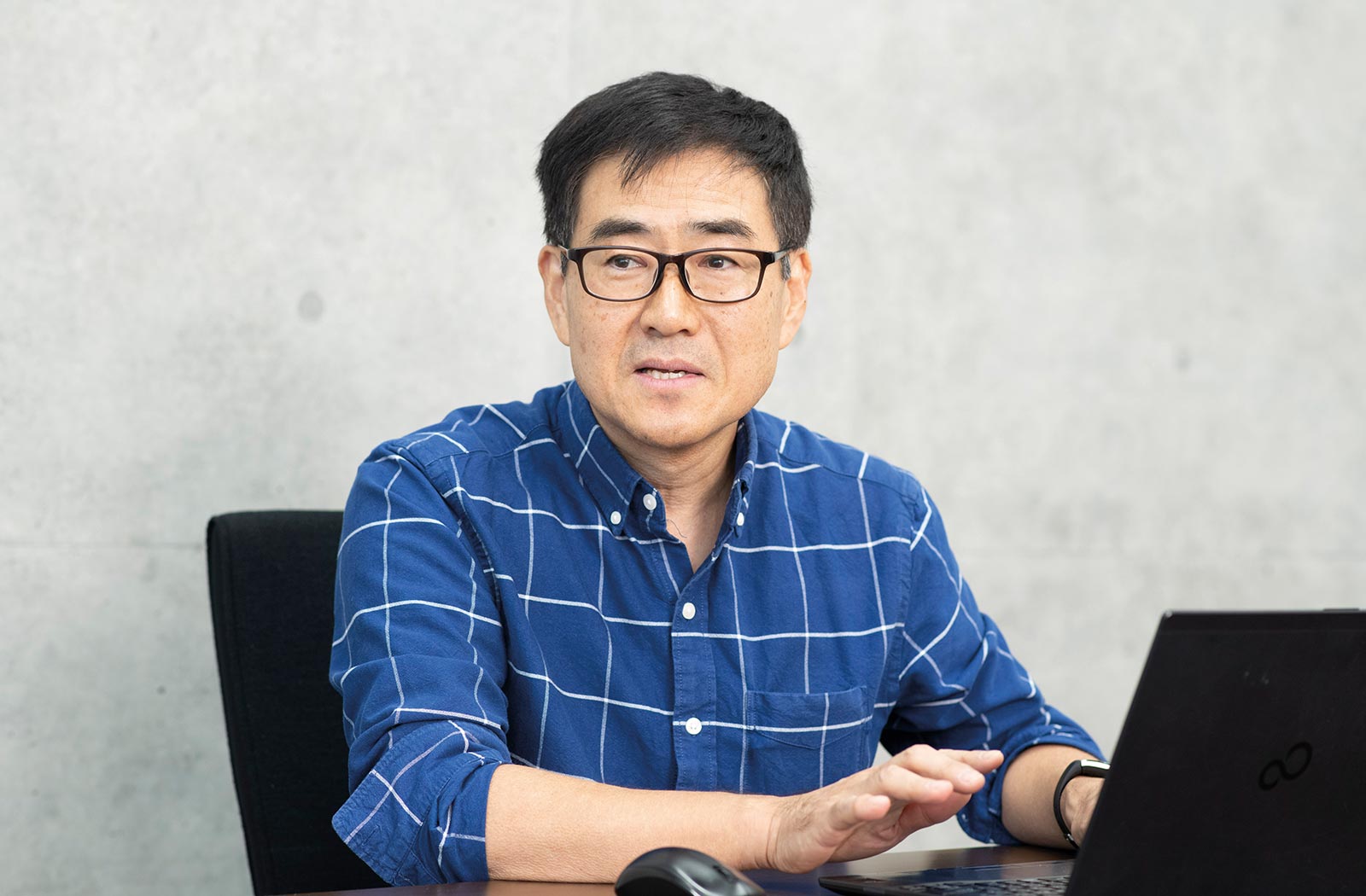 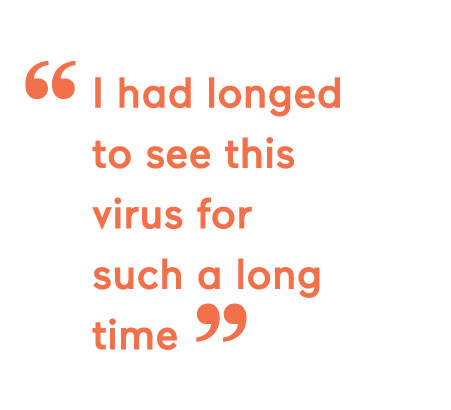 After he began a joint research project with Hokkaido University around 2005 as a drug discovery specialist from Shionogi & Co., Ltd., Akihiko Sato made his childhood dream come true.

“I was keenly interested in yellow fever ever since I read a biography about Hideyo Noguchi as an elementary school student,” Sato said, referring to the prominent Japanese bacteriologist who conducted research on yellow fever until his 1928 death due to the disease of his research topic. “I had a chance to examine the flavivirus that causes yellow fever, for the first time at Hokkaido University. I was really excited to be able to learn what kind of virus it was. I had longed to see this virus for such a long time.” 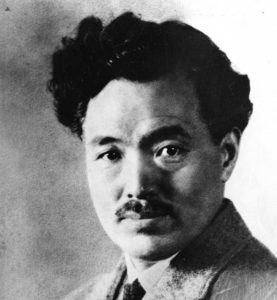 Hideyo Noguchi, a Japanese bacteriologist who discovered Treponema pallidum, the causative agent of syphilis, in the brains of patients suffering from paresis. He conducted research on yellow fever until he died in 1928 due to the disease.
Photo courtesy of Noguchi Hideyo Memorial Hall

Sato – a visiting professor at the university since 2013 (while retaining his position at Shionogi) – is now following the footsteps of Noguchi by researching infectious diseases that afflict people in developing countries.

Sato’s research centers on drugs that can treat such infectious diseases as Lassa fever and dengue fever. In particular, he has made headway in discovering a new drug candidate effective in treating Lassa fever, an acute viral hemorrhagic illness caused by Lassa virus, a member of the arenavirus family. The deadly disease causes shock, seizures, tremors, disorientation and coma in the late stages, and is endemic in West African nations including Benin, Togo, Liberia, Sierra Leone and Nigeria.

Sato is a virus specialist with more than 40 years of experience. When he first took up the subject upon joining Shionogi, however, research on drugs to treat viral diseases was not receiving the kind of attention it deserved. In 1974, the world’s first anti-viral drug, Acyclovir, was developed in the United States, but it was not until the discovery of human immunodeficiency virus (HIV) and the development of genetic engineering in the 1980s that research on anti-viral drugs accelerated.

After devoting much of his time at Shionogi to researching HIV/AIDS (acquired immune deficiency syndrome) drugs, Sato was assigned to the development of drugs to treat influenza, which is estimated by the World Health Organization (WHO) to cause about 3 million to 5 million cases of severe illness, and about 290,000 to 650,000 respiratory deaths annually worldwide. Hokkaido University was an ideal institution for Shionogi to collaborate with, Sato said, given the presence of Dr. Hiroshi Kida, Dr. Yoshihiro Sakoda and other world-class influenza specialists. Also, the Research Center for Zoonosis Control (CZC), established in 2005, has an excellent library on influenza viruses. In 2008, Shionogi Innovation Center for Drug Discovery was established in Hokkaido University, the first research institute of a private company on a Japanese national university campus. “Thanks to the rich talent and resources at the university, the collaboration broadened the scope of my research,” said Sato.

“Through the collaboration to develop the anti-influenza drug Peramivir, one important thing I learned from Dr. Kida is to accurately measure the amount of viruses in animals after a drug is administered,” Sato said. The method is still unconventional because researchers tend to focus on changes in the symptoms, which are often difficult to measure quantitatively, he said.

“The virus counts drastically dropped after Peramivir was administered, and that was the result we had wanted,” Sato explained.

Based on results from the joint pre-clinical research with Hokkaido University, Shionogi has introduced Peramivir to the market. Peramivir was developed by BioCryst Pharmaceuticals and put on the market as Rapiacta in intravenous formulation by Shionogi. BioCryst was looking for a drugmaker that could put Peramivir on the market after a failed attempt by another drugmaker. Rapiacta turned out to be effective, especially for children who do not like to take oral medications, with fewer side effects. 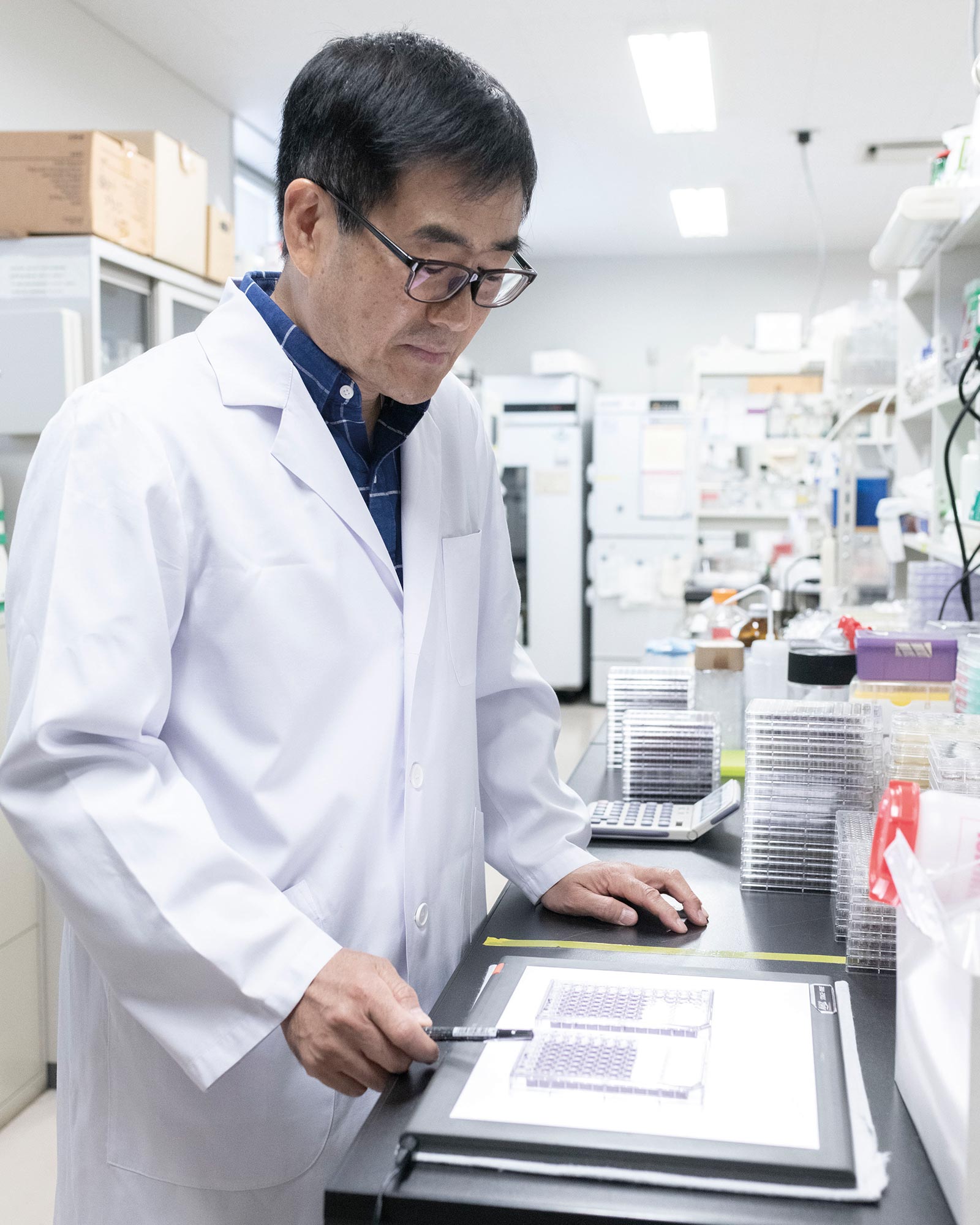 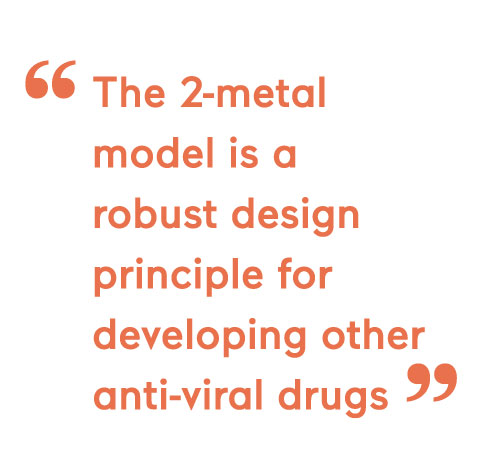 Sato was involved in the development of another anti-flu drug Xofluza, which prevents virus replication in the infected cells. The drug, which went on the market in 2018, was developed by using the same design principle as anti-HIV/AIDS drug Dolutegravir (marketed as Tivicay by ViiV Healthcare) that Shionogi developed earlier.

Dolutegravir is an HIV integrase inhibitor, which blocks the functioning of integrase, an enzyme found in HIV and other retroviruses. HIV uses integrase to insert its viral DNA into the DNA of the host cell, making the HIV integrase essential for viral replication.

To develop this drug, Shionogi used the “2-metal binding model” that can yield safe (low toxicity), effective drugs. Integrase has two metals, or magnesium, at its active center where the reaction occurs, and the drug is designed to bind to the two metals to suppress the enzyme’s activity, thereby inhibiting viral replication. Sato and his colleagues noticed that influenza viruses also have a 2-metal enzyme called cap-dependent endonuclease (CEN), which plays an important role in viral replication. “It meant a drug with a similar chemical skeleton to Dolutegravir could bind to the active site of CEN. After repeated chemical fine-tuning, we finally found such a compound, which was later developed into Xofluza,” Sato said.

Xofluza works fundamentally differently from other anti-influenza drugs. While the former is designed to suppress an increase in the amount of viruses in the body, the latter, such as Tamiflu and Inavir, are neuraminidase inhibitors, which stop the release of viruses from the infected host cell, thus preventing new host cells from becoming infected.

“As exemplified by Dolutegravir and Xofluza, the 2-metal model is a robust design principle for developing other anti-viral drugs,” Sato said. “Based on this understanding, Shionogi has developed a large chemical library of 2-metal compounds.” 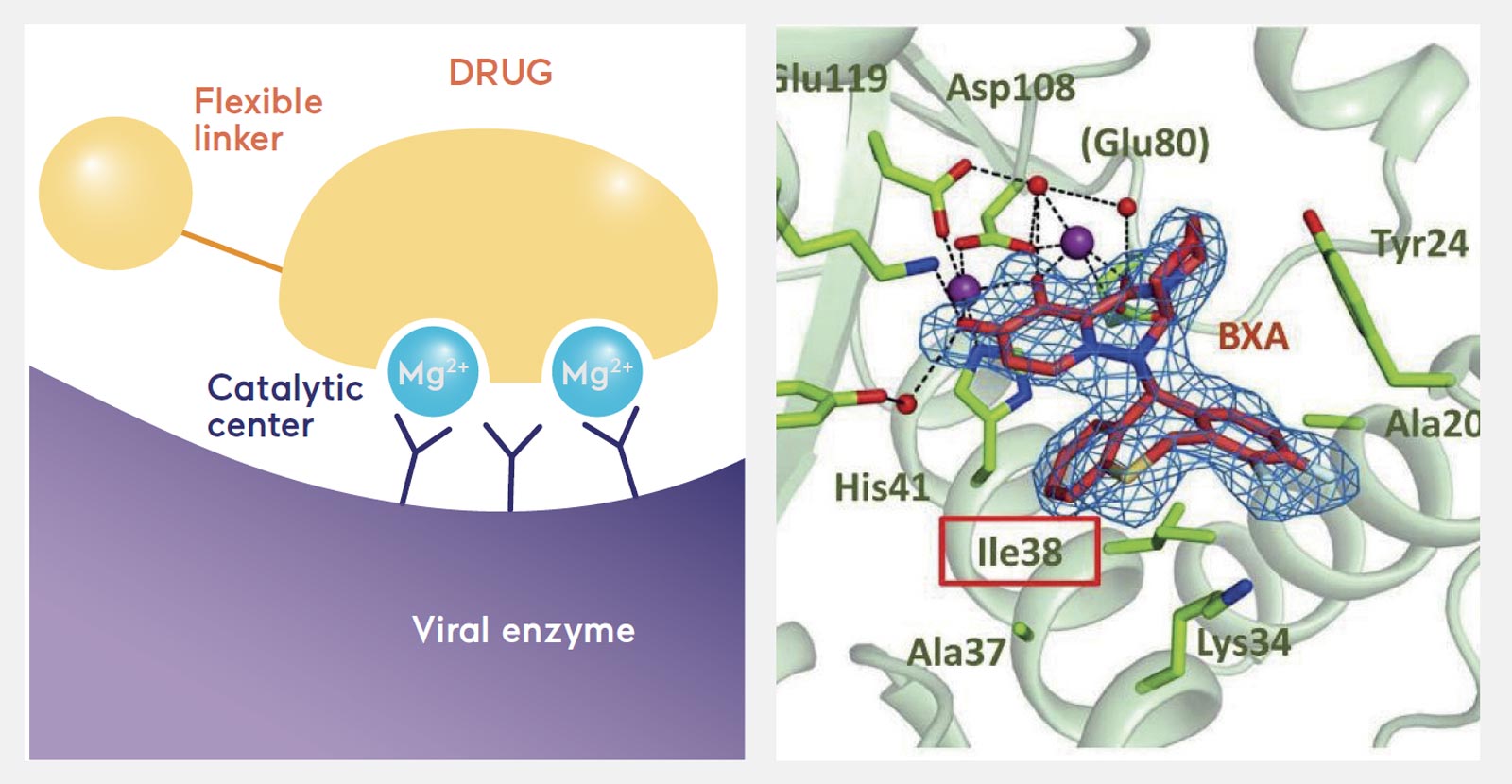 Some key viral enzymes, including the CEN of the flu virus, have two metals (magnesium) at their active center. The anti-flu drug Xofluza is designed to bind to the two metals to suppress the viral enzyme (Scientific Reports (2018) 8:9633). In the right diagram, the drug compound is shown in red at the center with two metals in purple.

Fight against diseases in developing nations 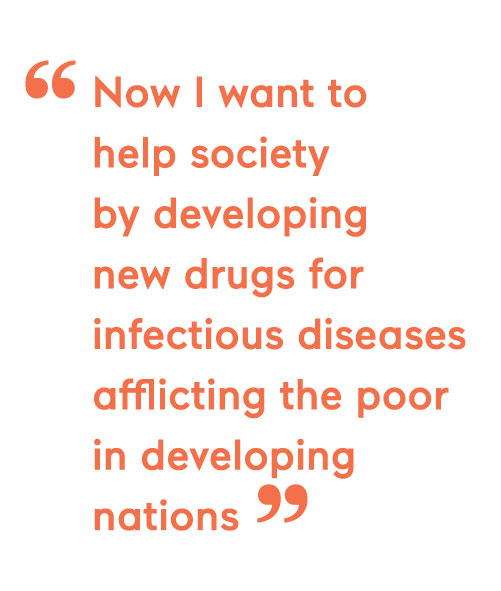 According to Sato, using Hokkaido University’s library of viruses and Shionogi’s library of 2-metal chemical compounds can boost discovery of new drug candidates in his current research. “It takes a long time to discover drugs from scratch by making a chemical skeleton tailored to a certain disease,” Sato said. “But it is very efficient to screen 2-metal compounds from Shionogi’s library against viruses held by Hokkaido University.” The university has a wide range of viruses, which a pharmaceutical company alone cannot possibly store and utilize, Sato added.

Through this method, Sato found 2-metal compounds that are effective in treating Lassa fever and South American hemorrhagic fevers. “Drugs suppressing CEN will be able to treat three of the four major viral hemorrhagic fevers, except Ebola,” Sato said, referring to Lassa, Crimean-Congo, and South American fevers. He has been tirelessly working to develop such drugs using viruses isolated by Hirofumi Sawa’s group at Hokkaido University.

The challenge now is how to have the drugs undergo clinical trials. Drugmakers are generally not interested in developing medicines to treat a limited number of people in a limited area because doing so is not economically viable. Sato, therefore, is turning to international organizations or philanthropists willing to finance a clinical trial project. But even if he is able to find a sponsor, the challenge does not stop there. Clinical trials have to be conducted in Africa and other distant places, so he needs to find local partners to help this project.

Making effective drugs available is an urgent task, given the deadly nature of viral hemorrhagic fevers. Developing one drug generally takes 10 years to 20 years due to the steps that must be followed to ensure it is safe to use, but regulators tend to hasten the approval of drugs to treat emerging infections because of the pressing need to save as many lives as possible.

“I have been engaged in making drugs to treat a large number of seriously ill patients,” Sato said. “But now I want to help society by developing new drugs for infectious diseases afflicting the poor in developing nations. I am determined to protect as many children as possible from infections.” 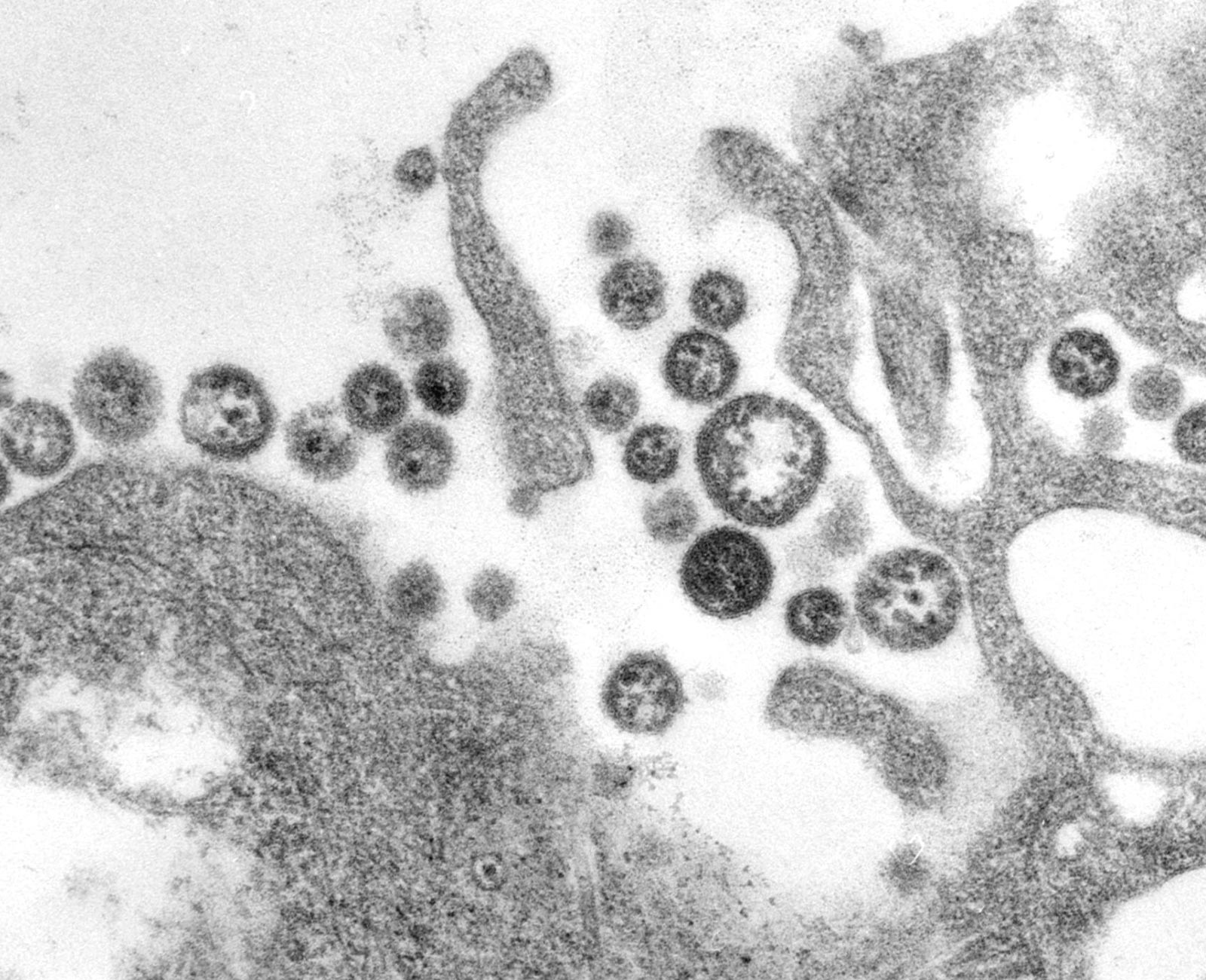